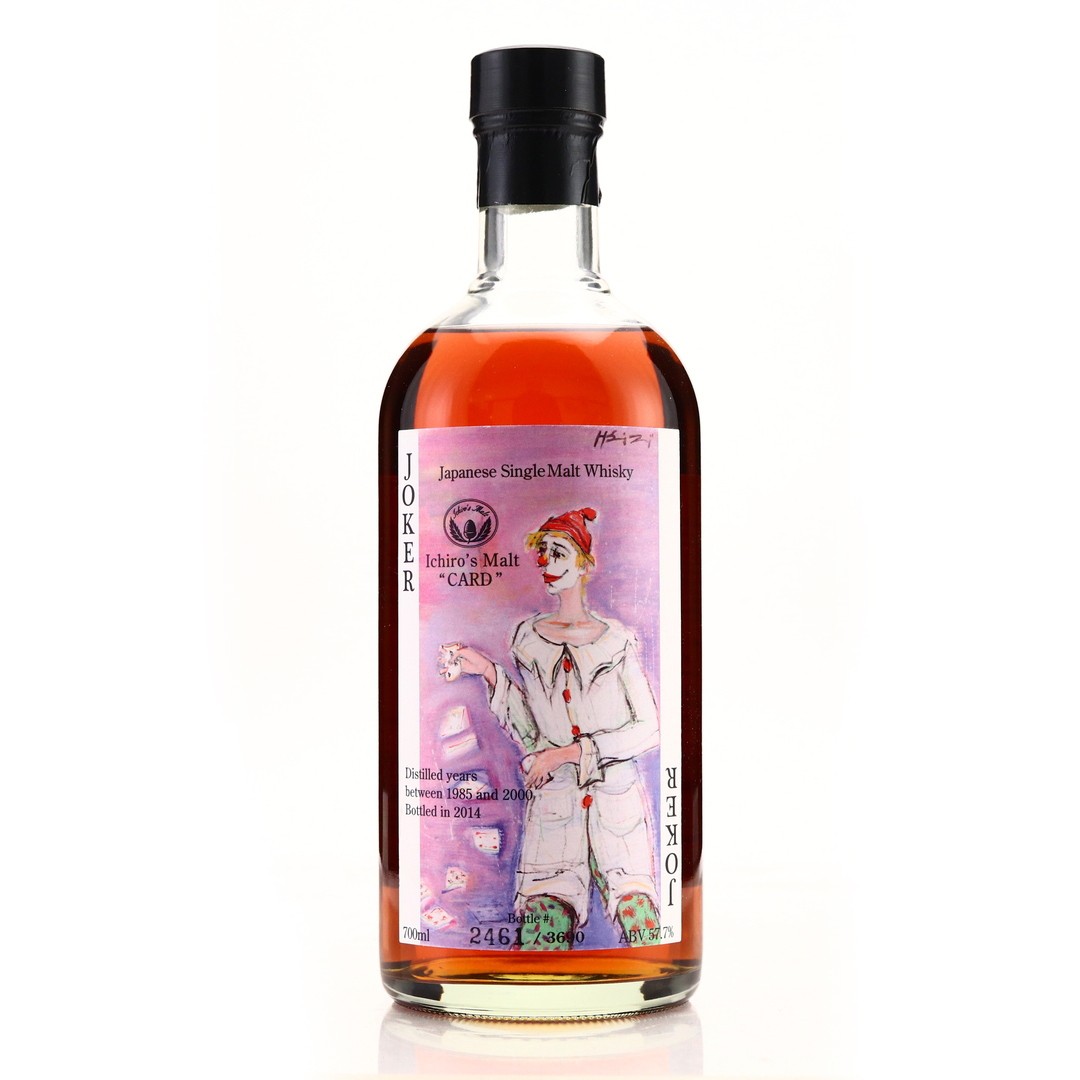 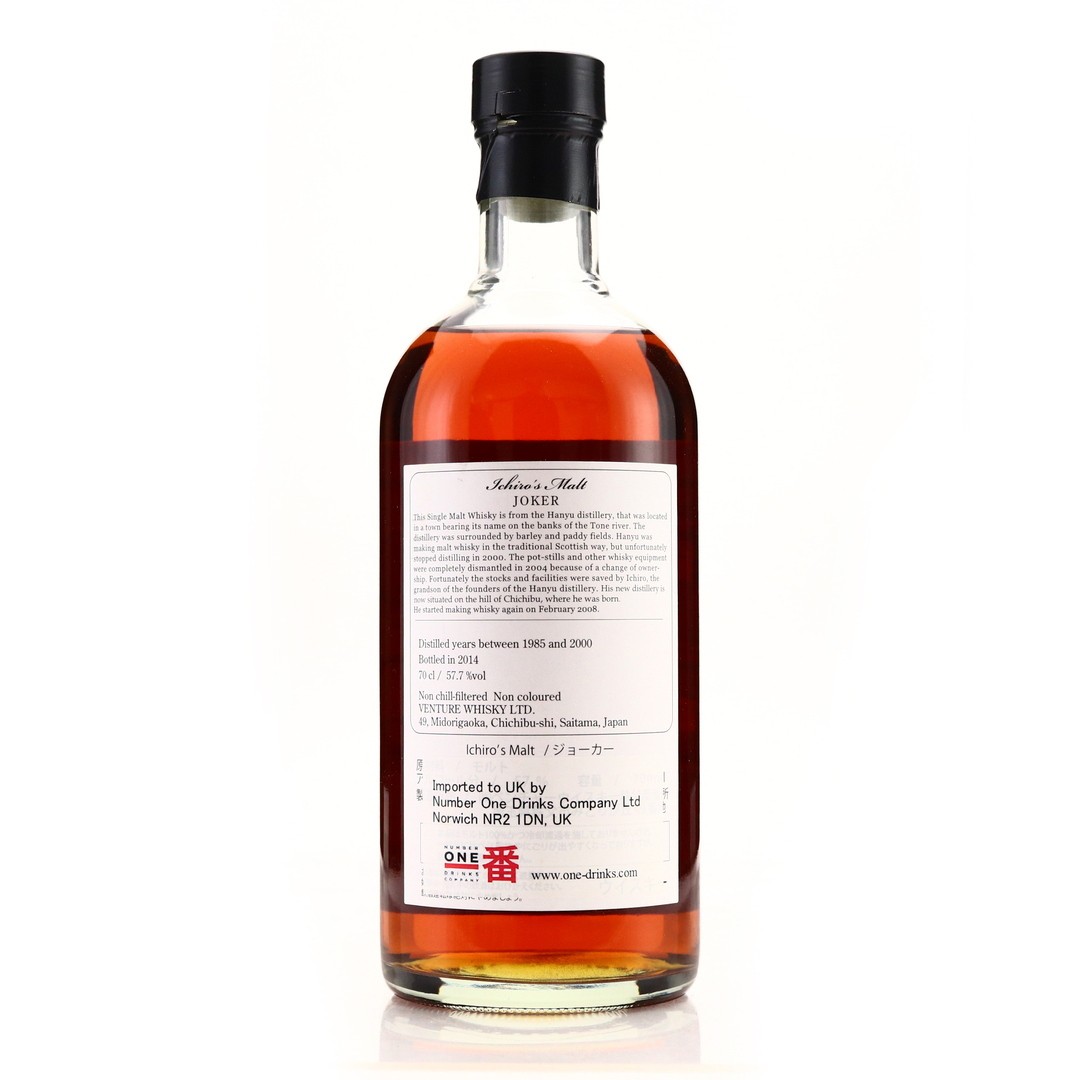 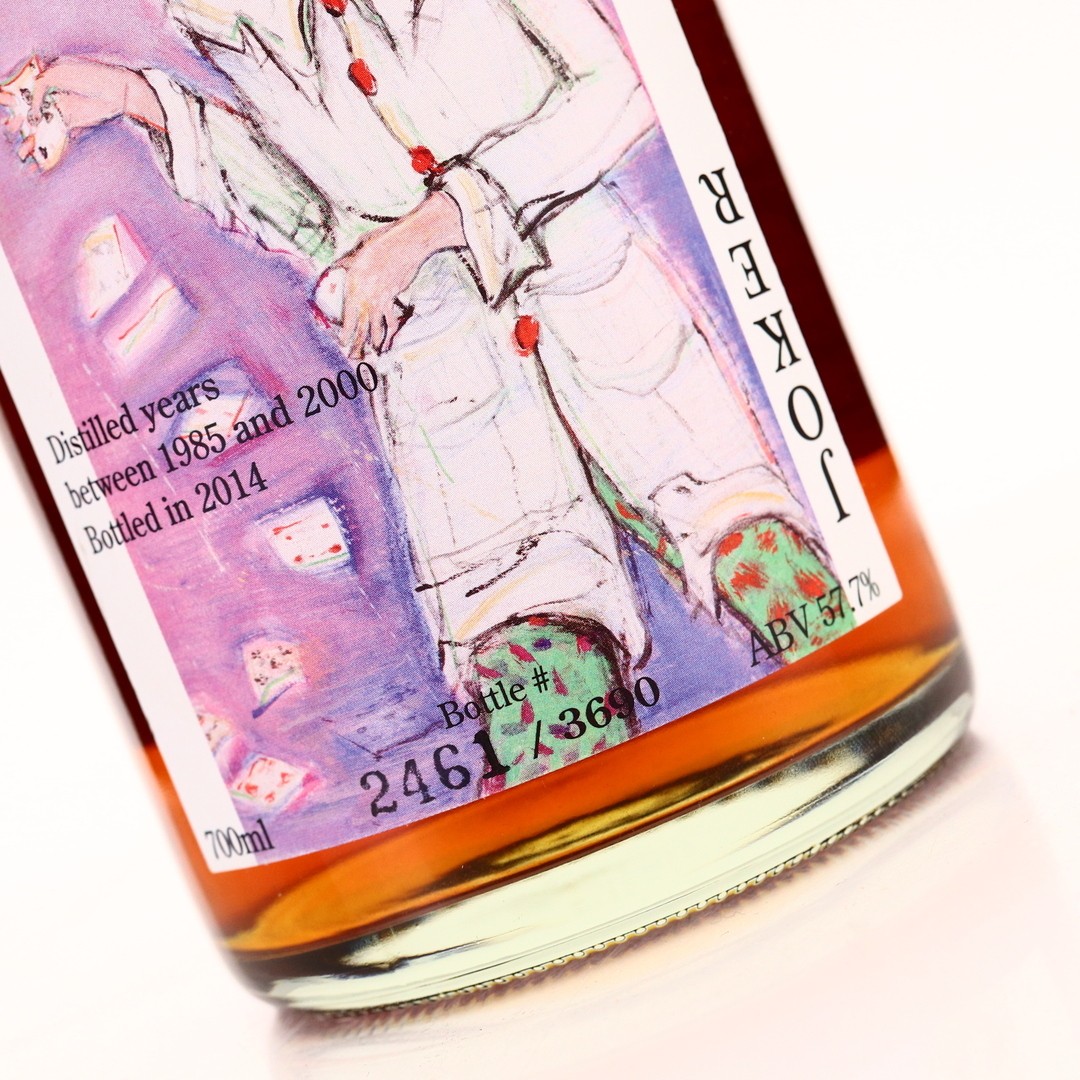 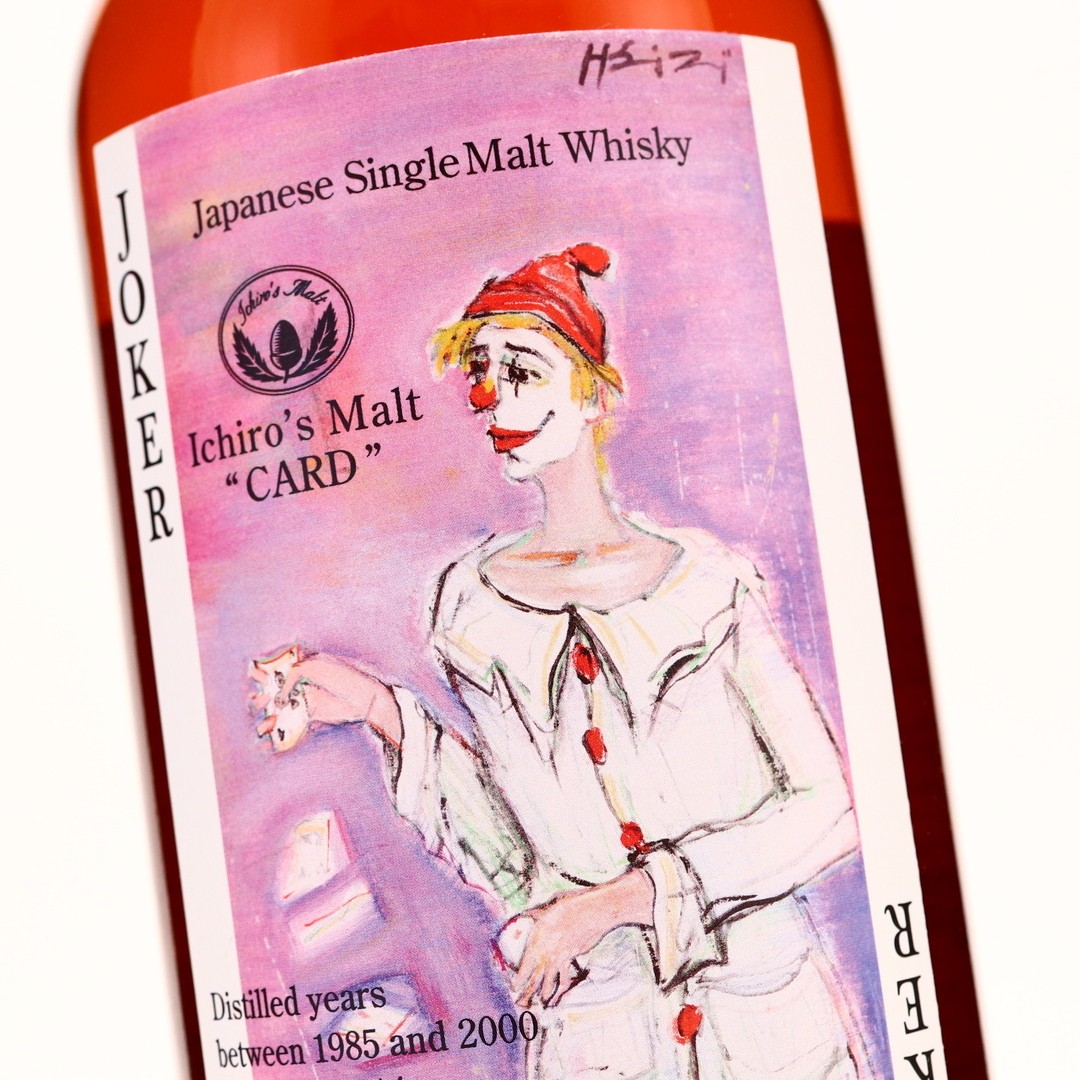 The two Joker's released in 2014 completed the 54 bottle series, one in colour and one in black and white.  This particular bottling is the Colour Joker, a vatting of 14 casks covering vintages from 1985, 1986, 1988, 1990, 1991 and 2000.  The casks used for this final bottling include a sherry butt, puncheon, hogshead, Cognac, chibidaru, Madeira hogshead and bourbon.

The 54th and final bottling in Ichiro's Malt Card series, only 3,690 bottles were produced. 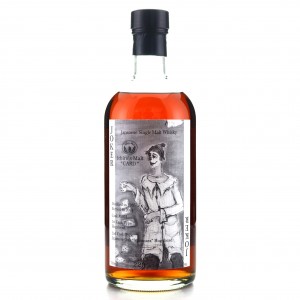 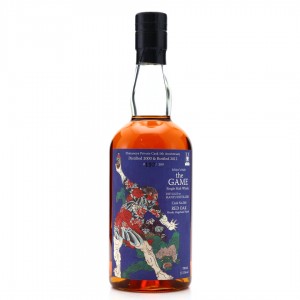 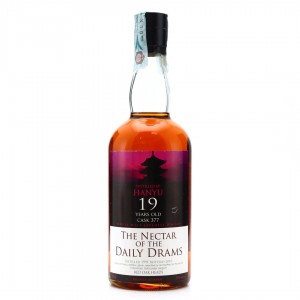 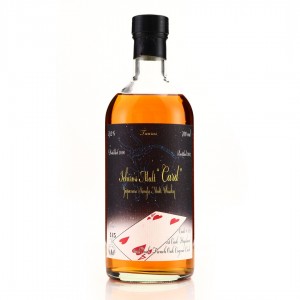