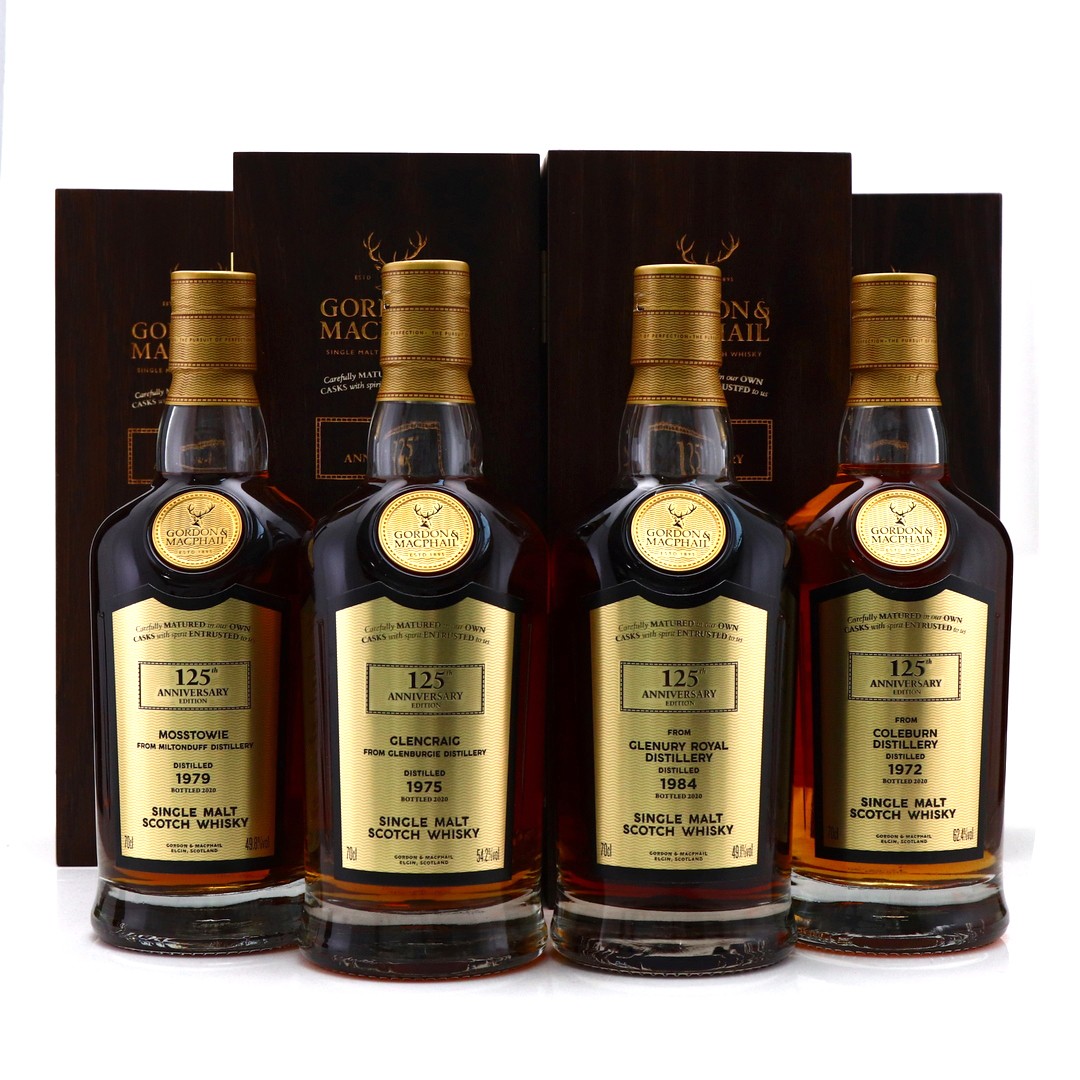 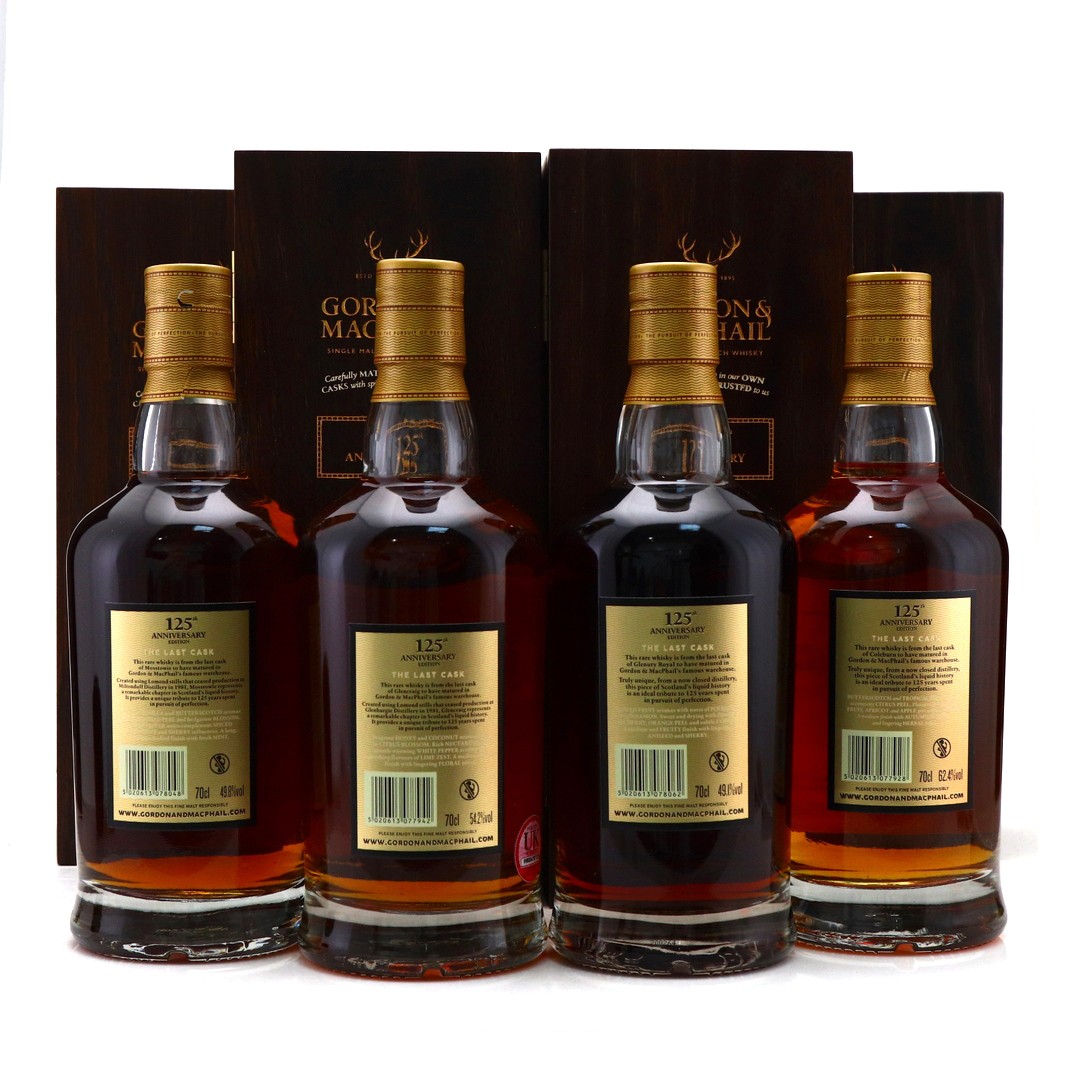 This lot comprises four of the company's special edition releases for its 125th anniversary in 2020. Either single malts styles no longer produced by their distilleries or from distilleries no longer operational at all, they were each drawn from the last cask of their type in the Gordon & MacPhail warehouses.

This lot has a four bottle shipping fee. 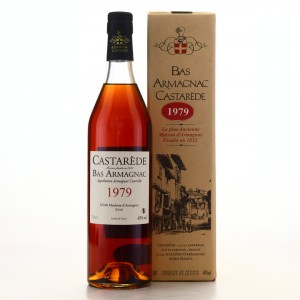 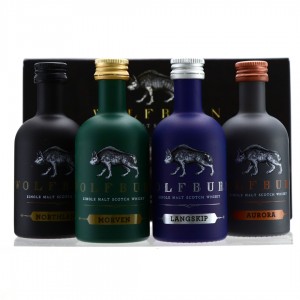 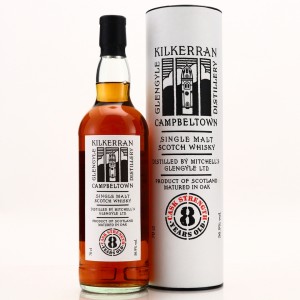 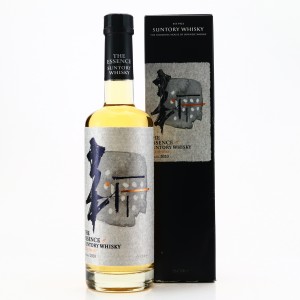