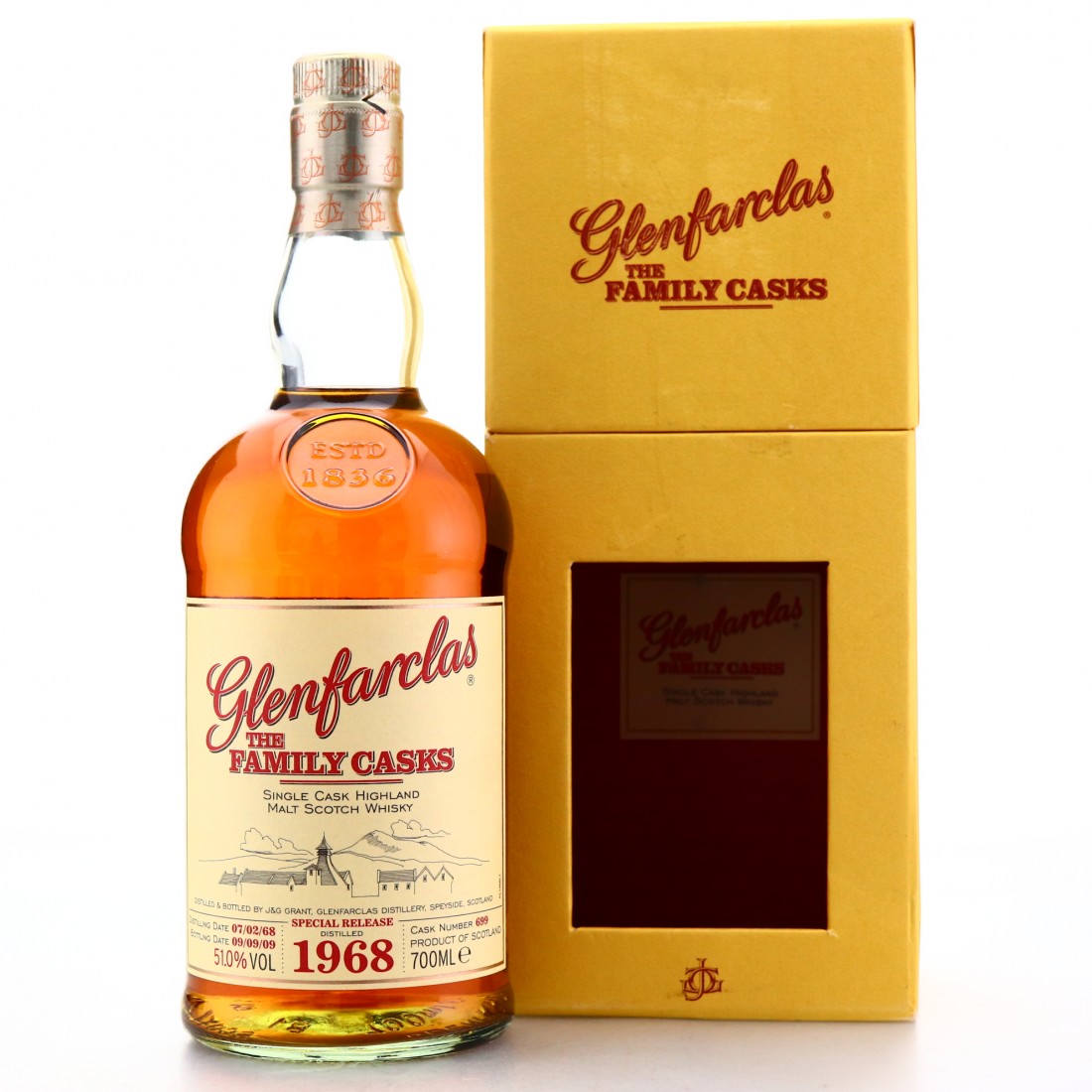 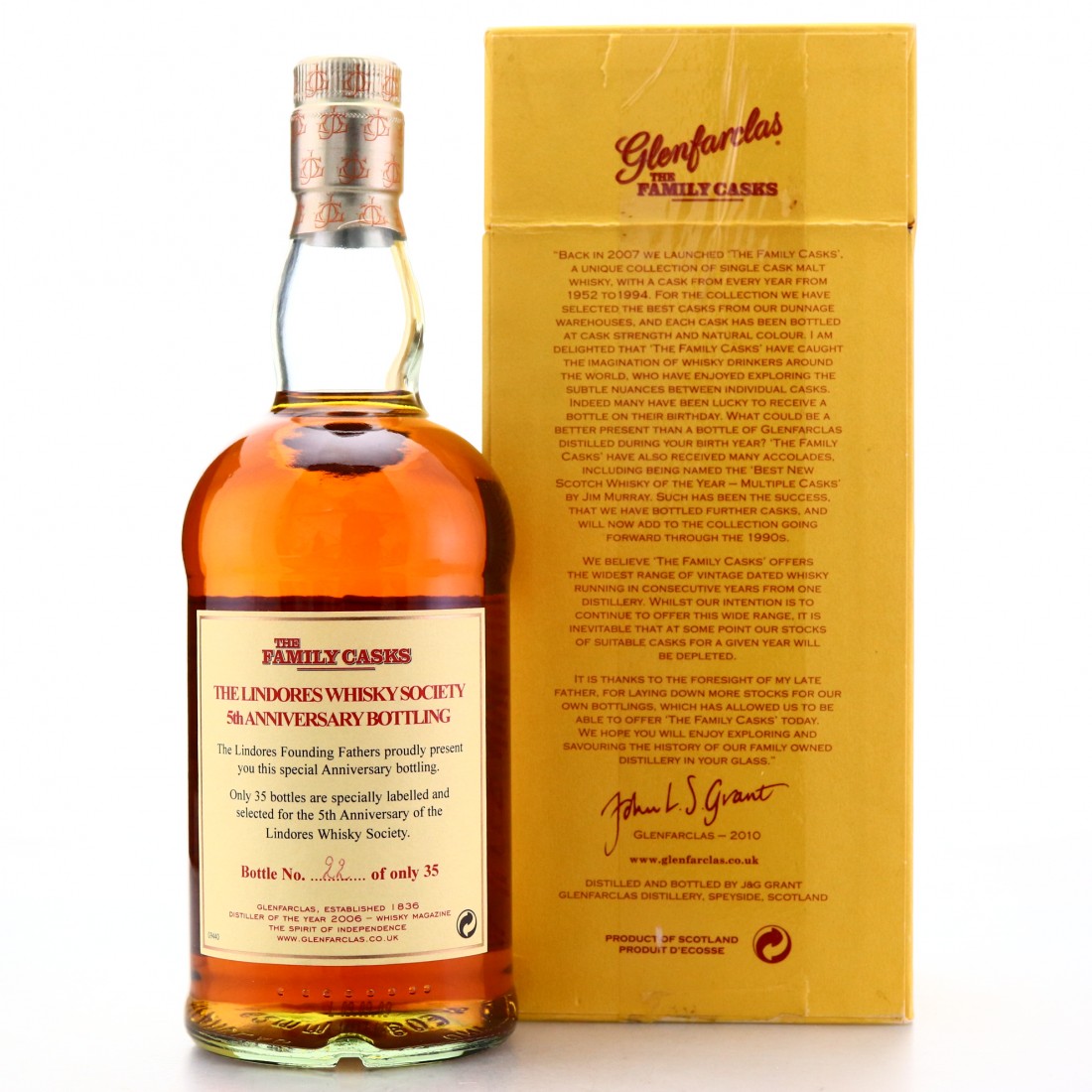 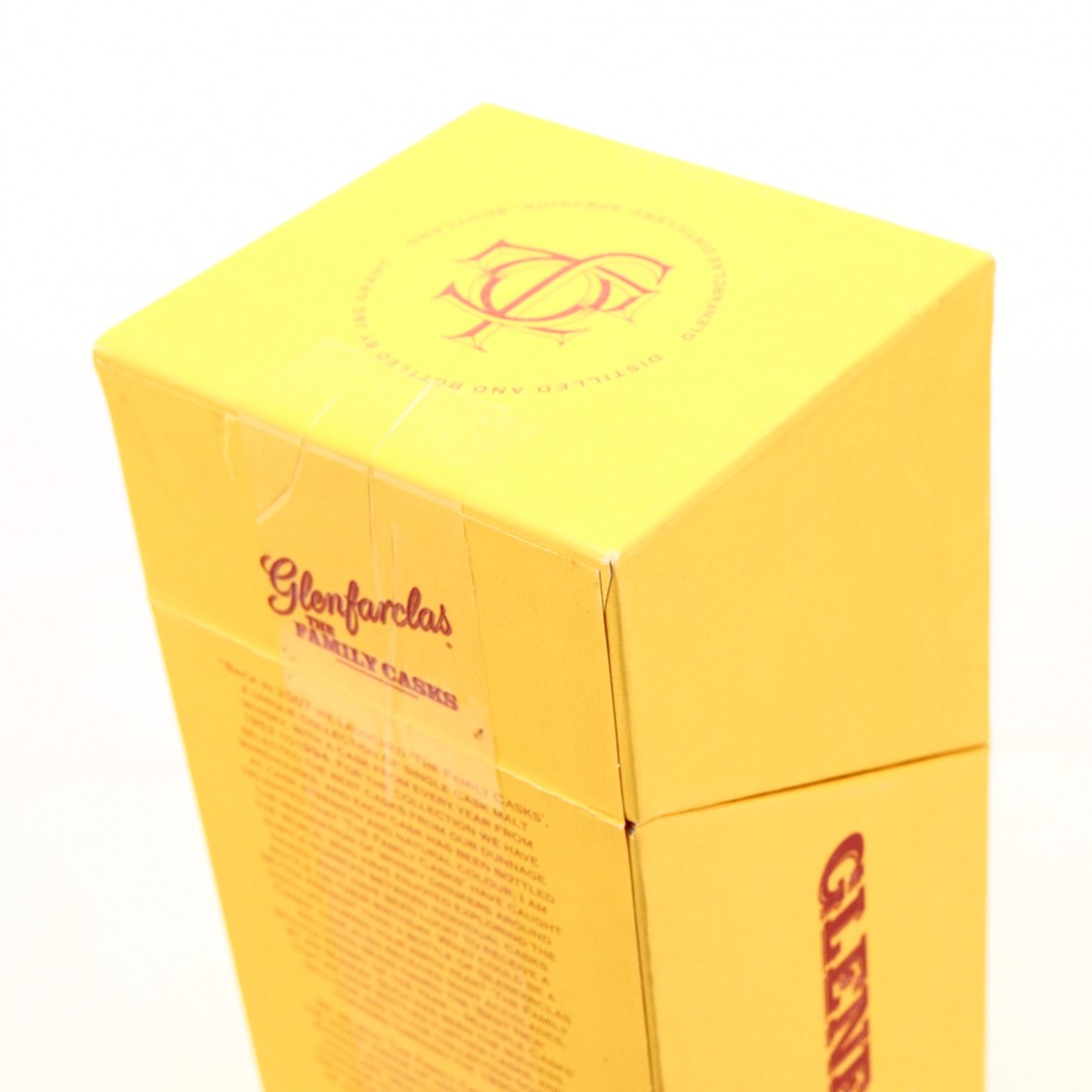 The impressive cask stock in the Glenfarclas warehouses means there has been a great output of vintage distillery bottlings in addition to their core range age statements. In 2006, the distillery had an unbroken string of vintages dating back to 1952, and launched the Family Casks range that year, an annual release which showcases the very best of these.

This 1968 vintage Special Release was produced for the 5th anniversary of the Lindores Whisky Society, a group based in Belgium who took their name from Lindores Abbey, not far from our offices here at Whisky Auctioneer and itself now home to a whisky distillery. The group, formed in 2004 predate the distillery by over a decade!

Scoring an impressive 93 points on Whisky Fun, this is one of 35 bottles. 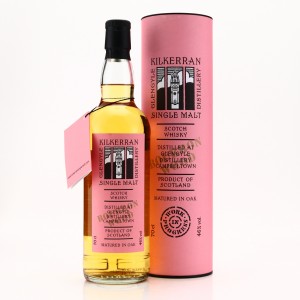 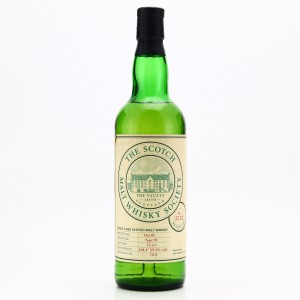 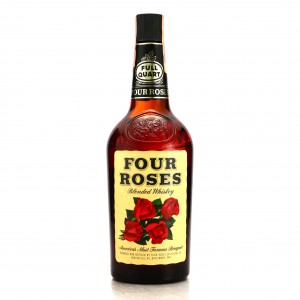 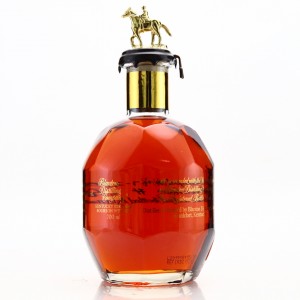