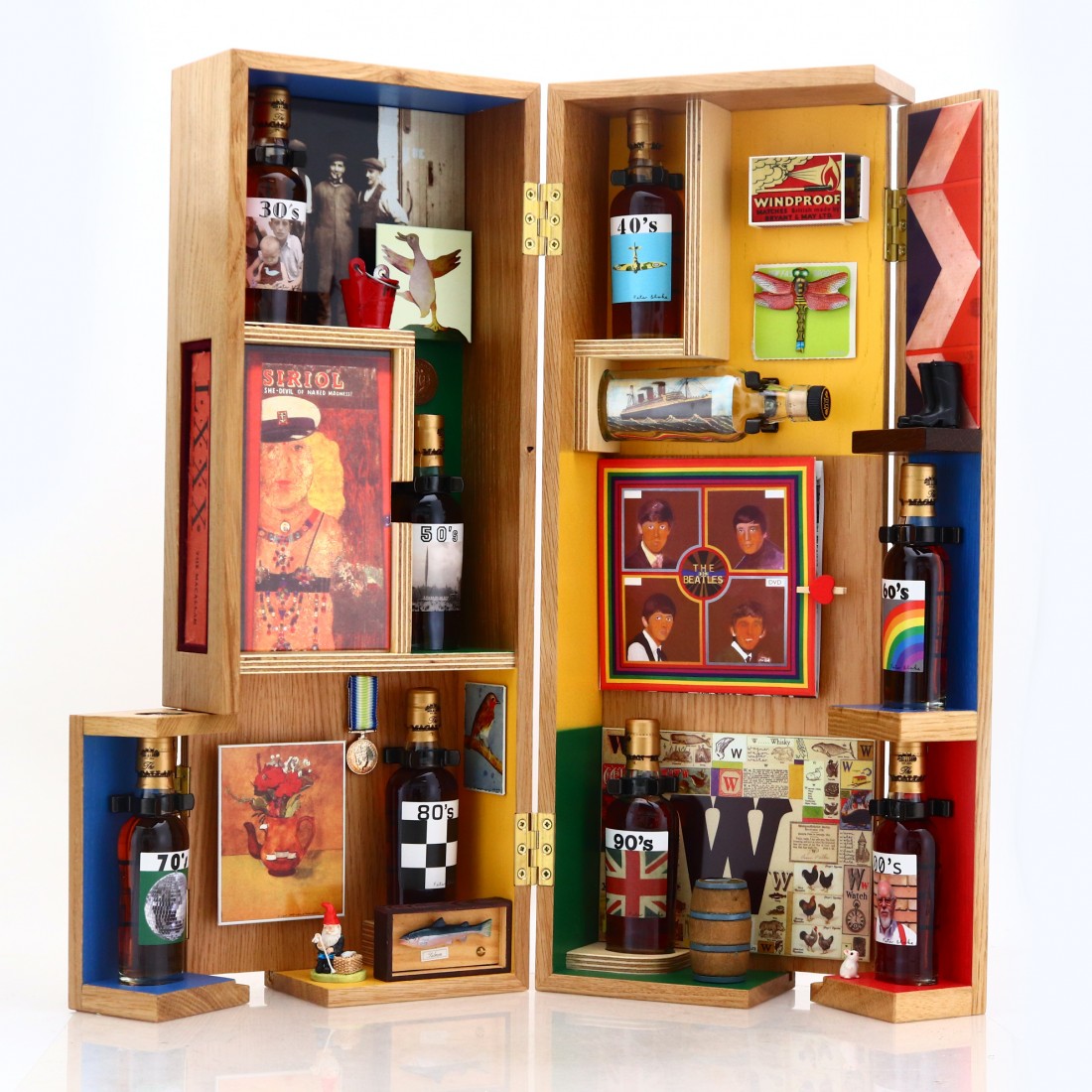 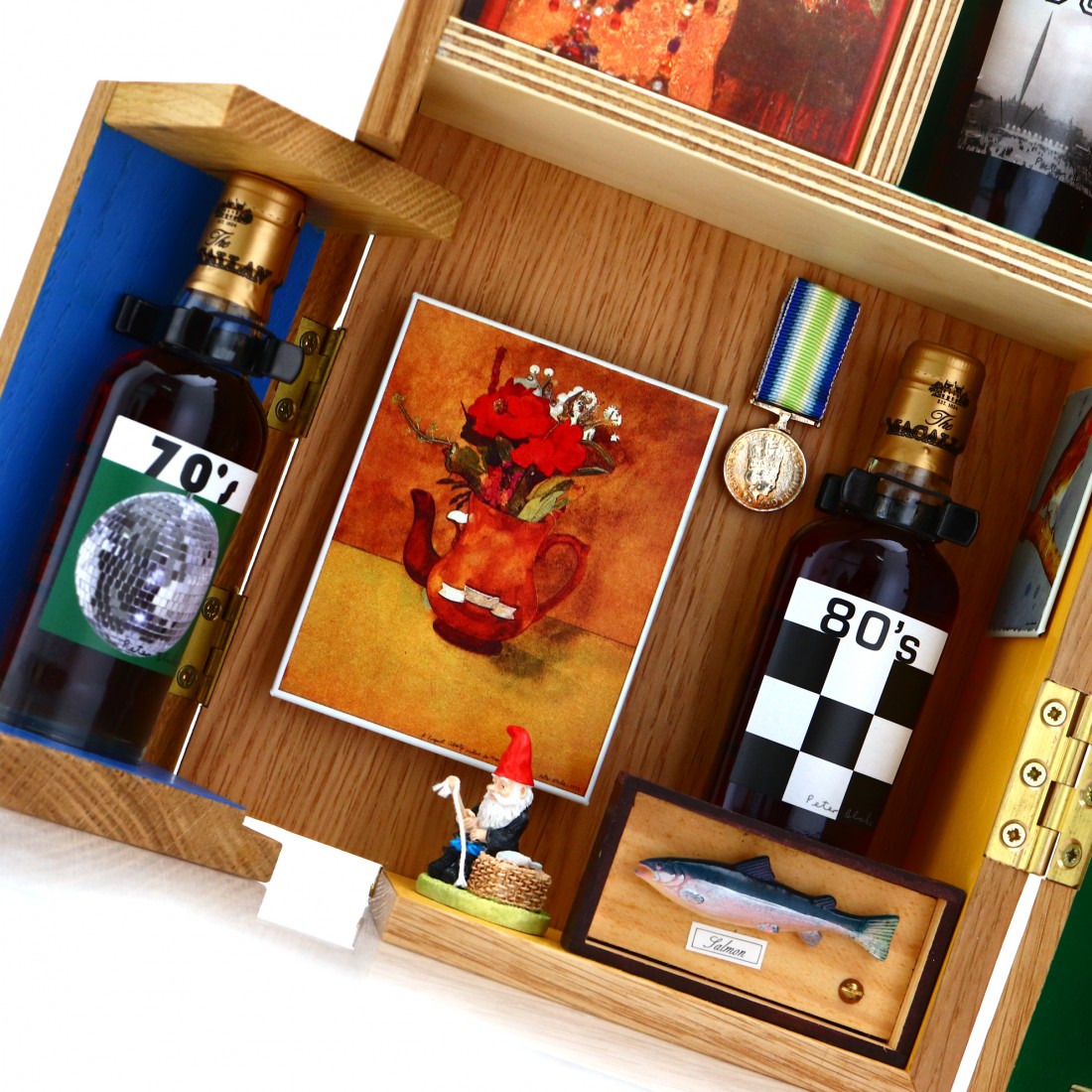 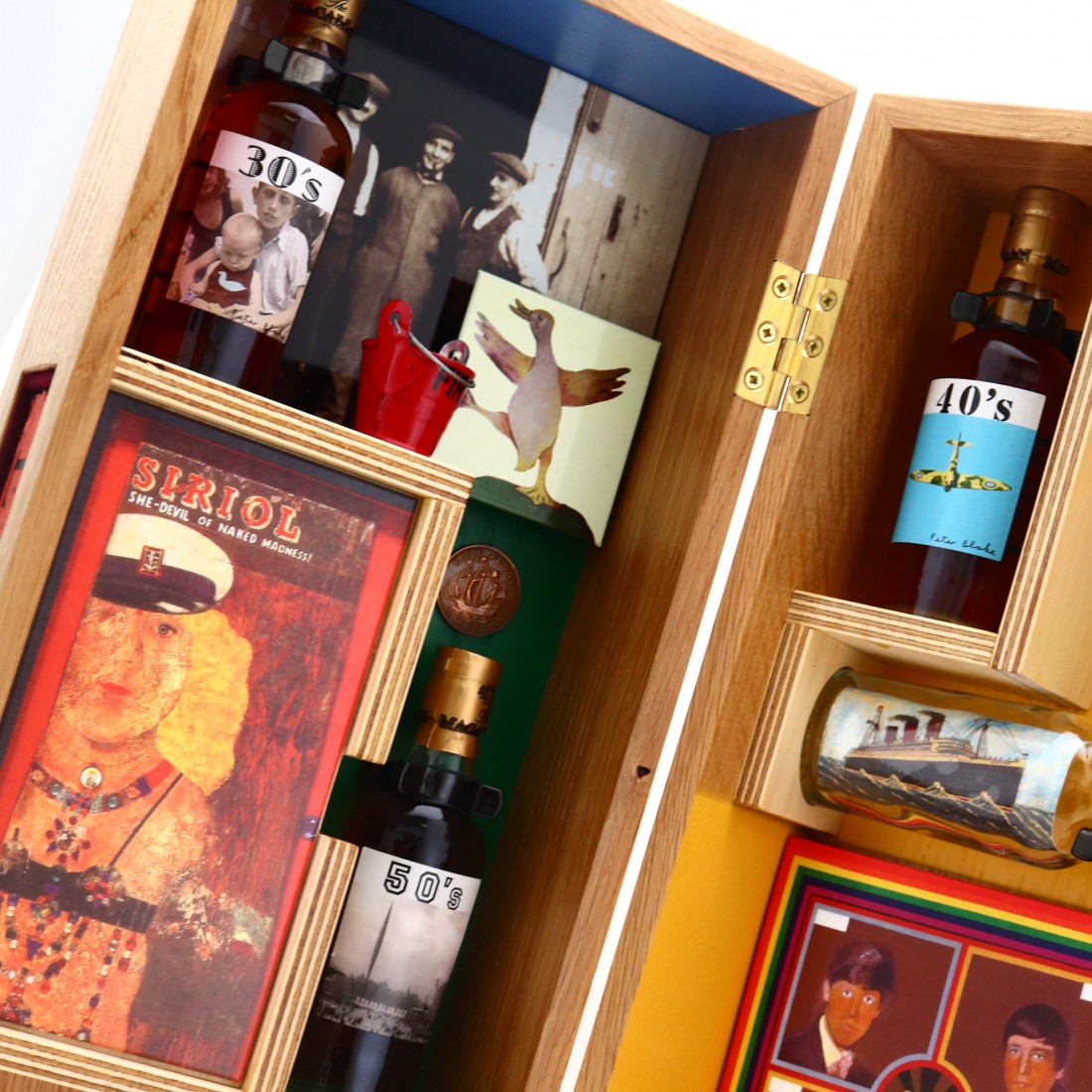 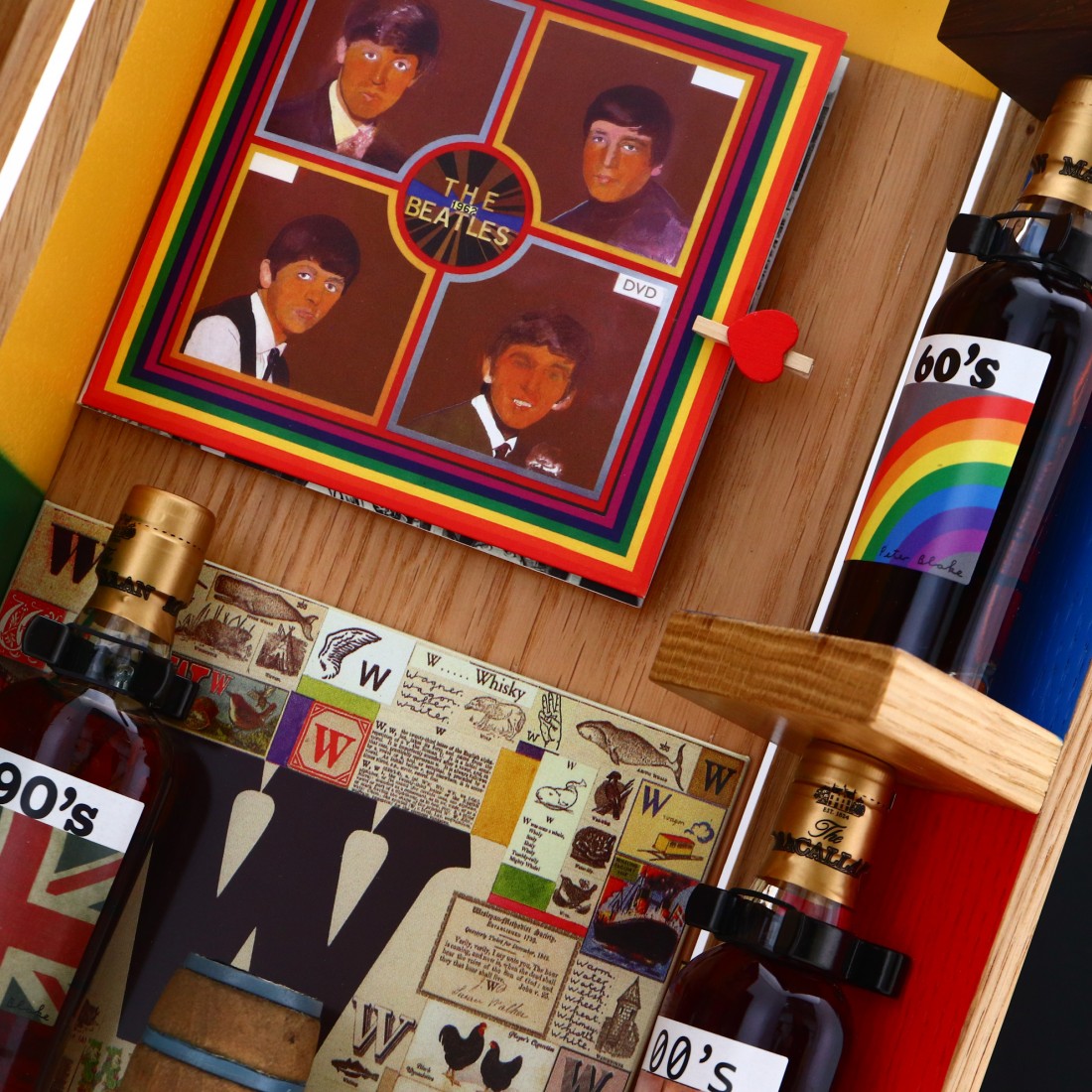 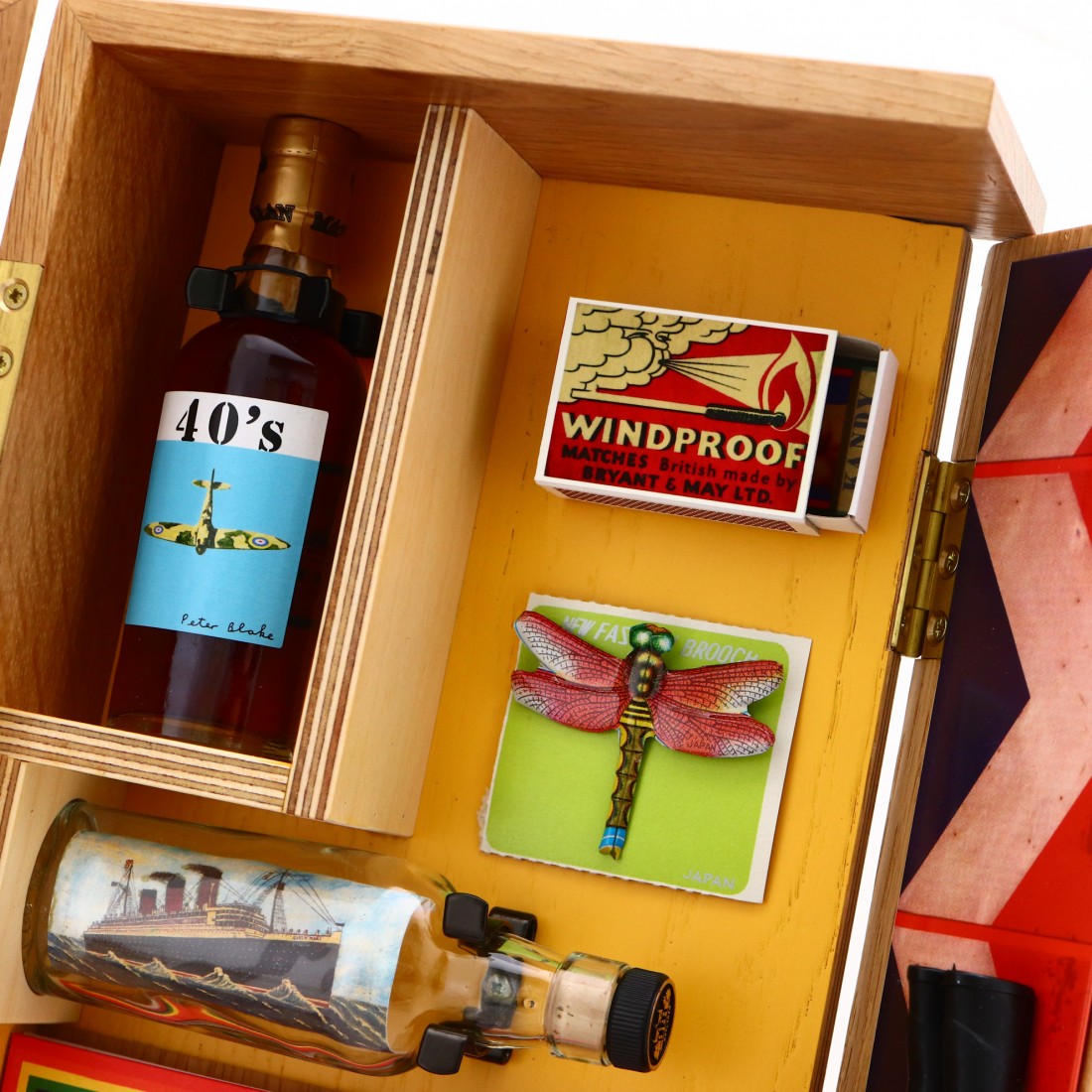 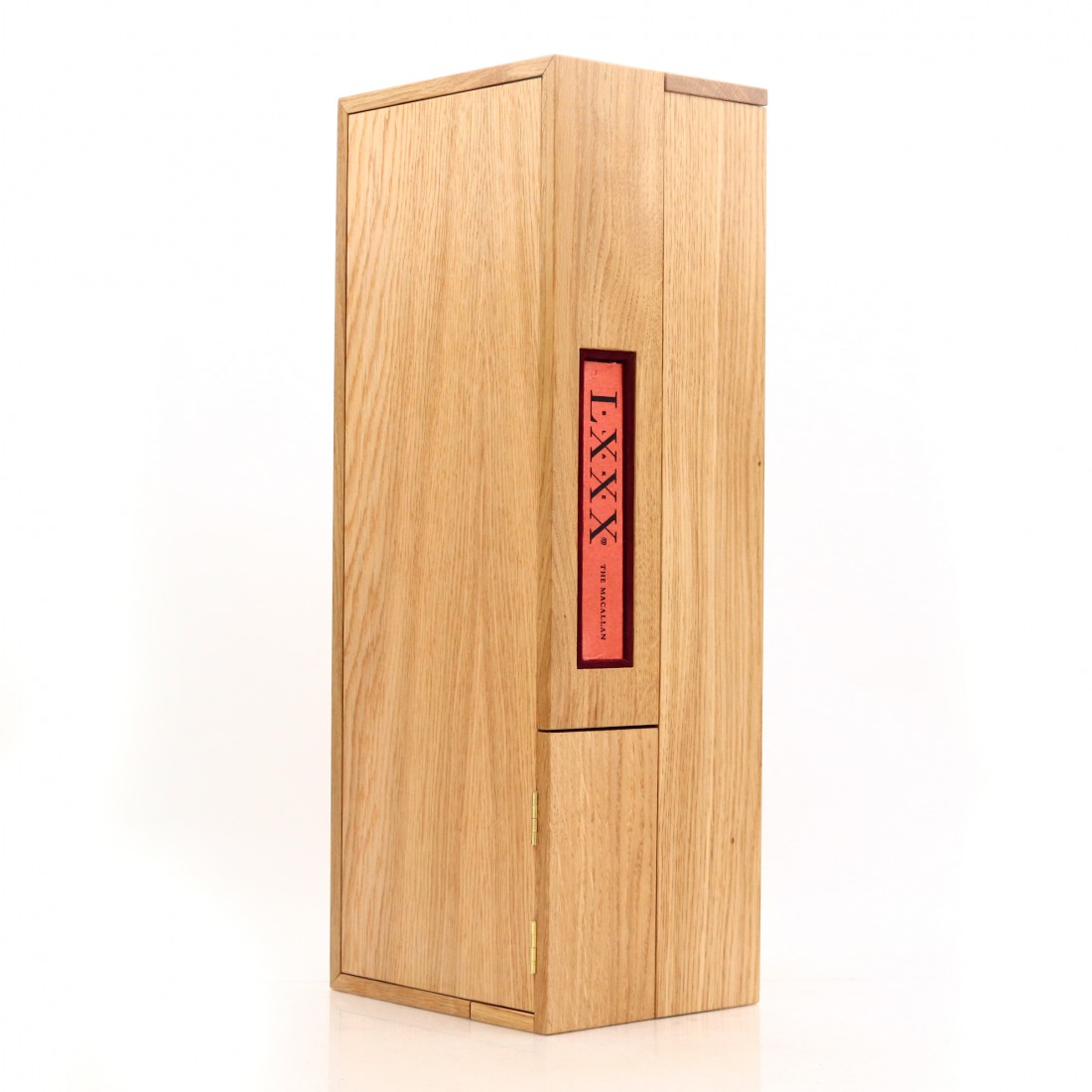 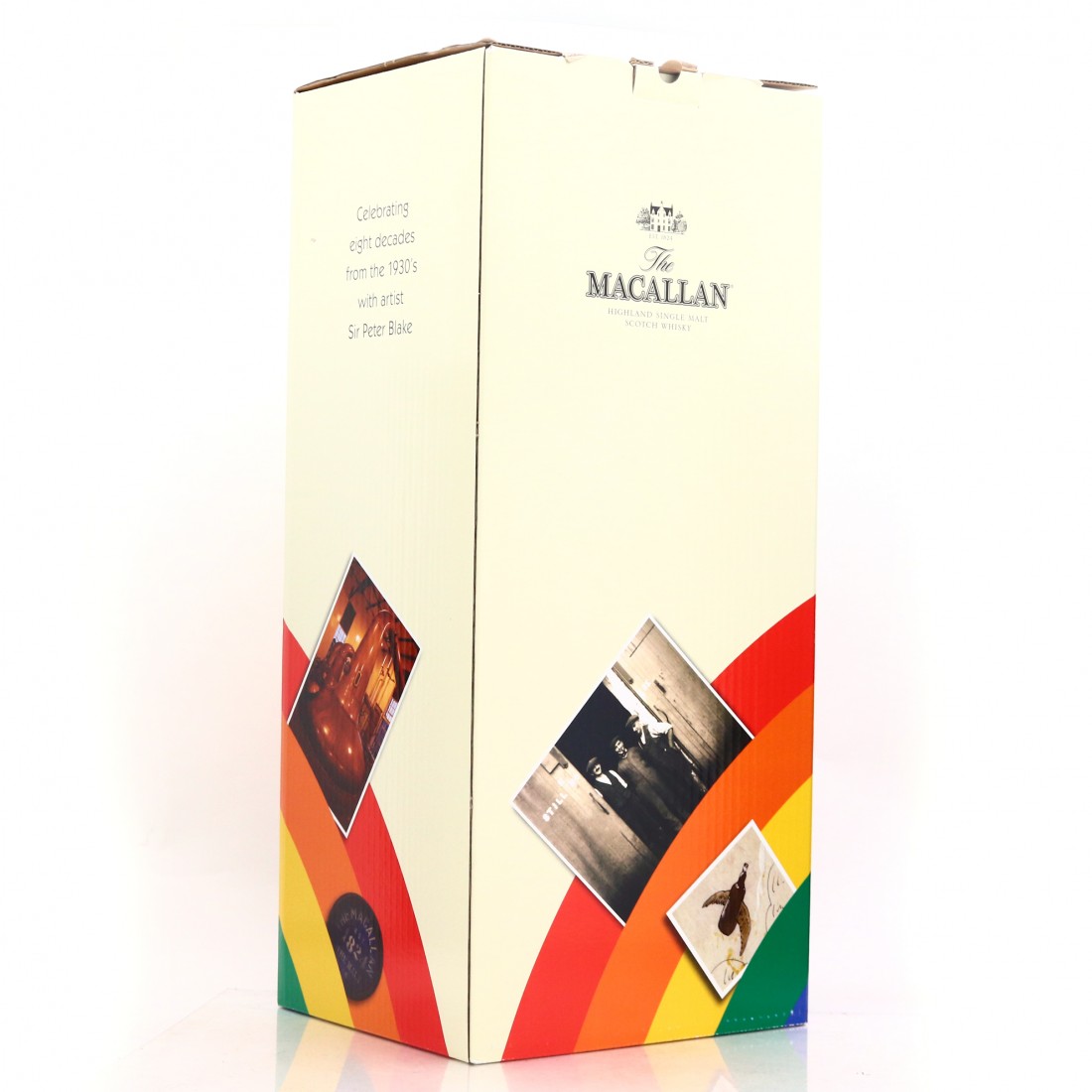 Released in June 2012, this collection of eight miniatures was produced in collaboration with renowned British pop artist, Sir Peter Blake. Each bottle represents one of the eight decades of his life, and is a celebration of his eightieth on the 25th of the same month. This was Blake's second bespoke work for Macallan, the first being 12 labels for the famed 1926 vintage from cask #263 , the world's most expensive single malt. The distillery and artist later combined again for a new collection in 2021.

The artefacts in the box were sourced by art director, Stuart Newman, and are said to represent fire, water, earth and air, each of which aids the process of whisky making. These include:

Each collection is one of 250 hand-made works of art by Blake himself. 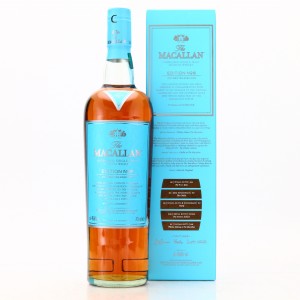 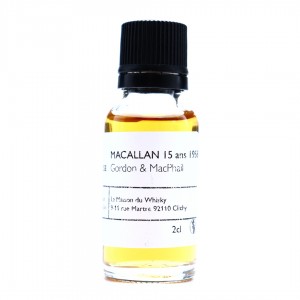 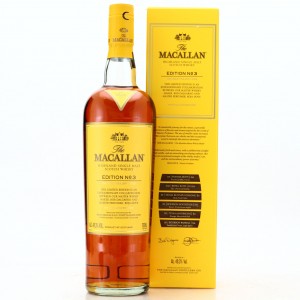 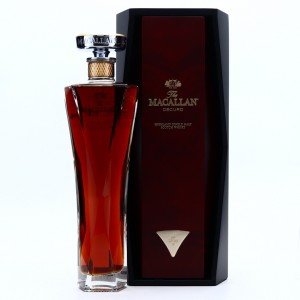