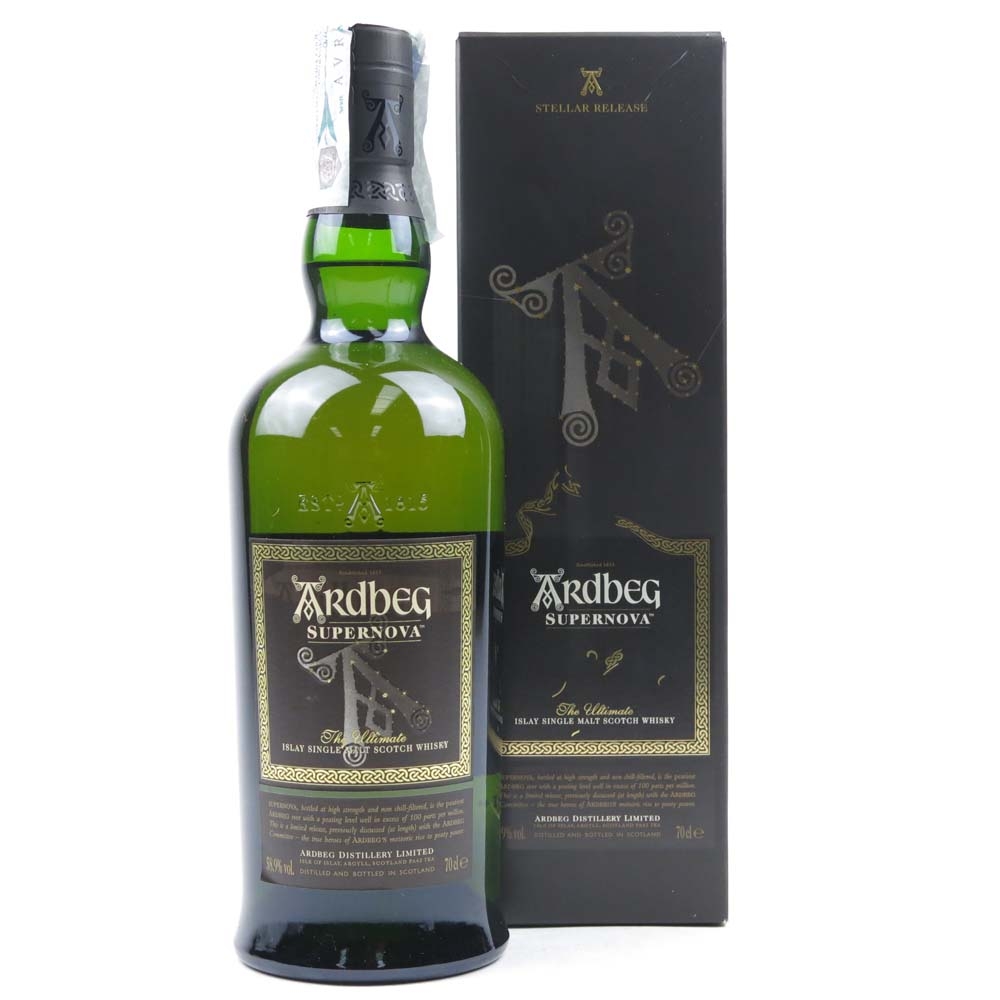 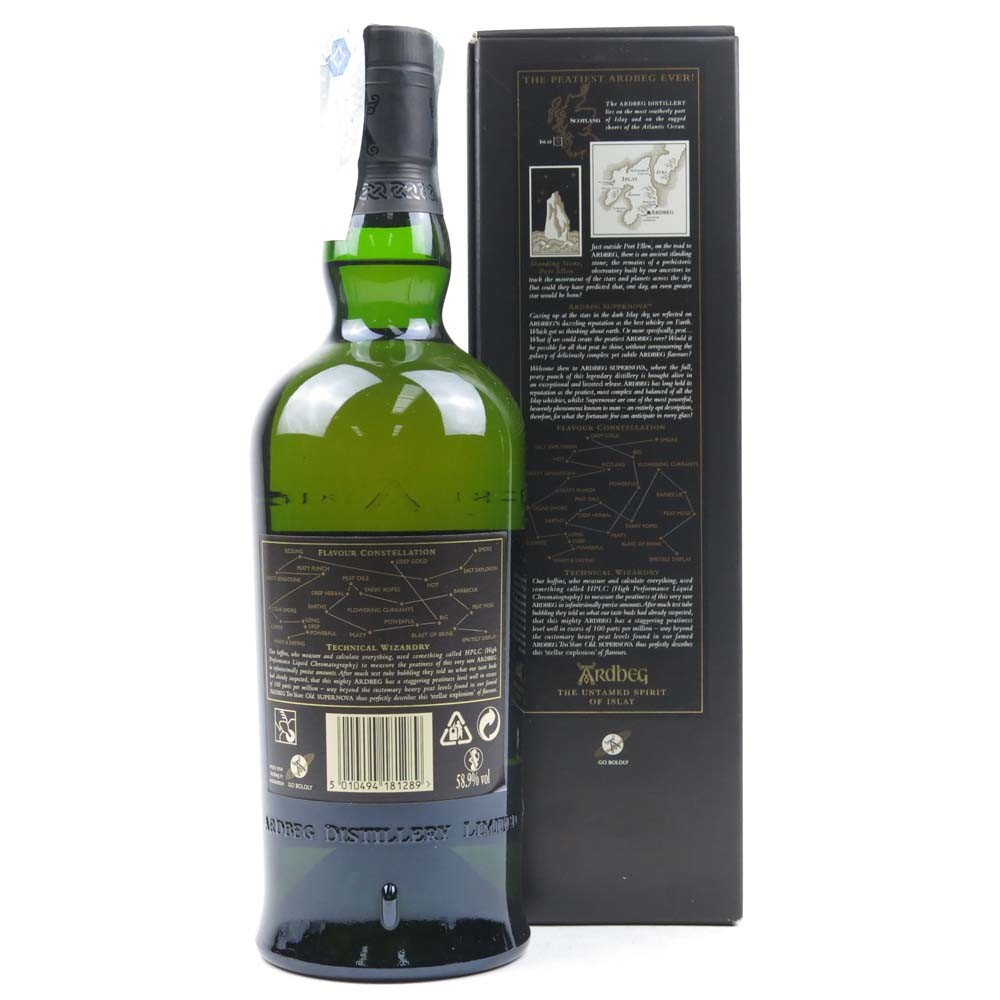 Following the incredibly popular committee release of Arbdeg Supernova, this commercial release sold out quickly as well. Ardbeg Supernova is the peatiest Ardbeg ever released at 100ppm, an estimate 18,000 bottles were released in January 2009. 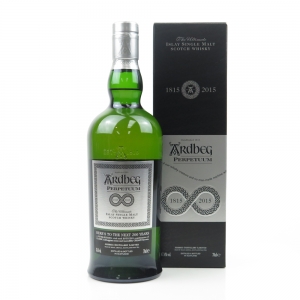 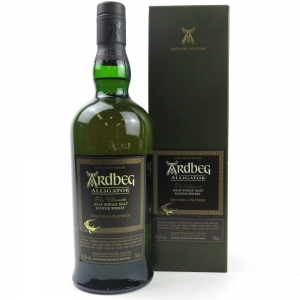 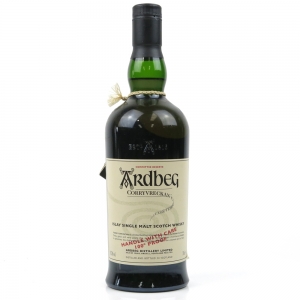 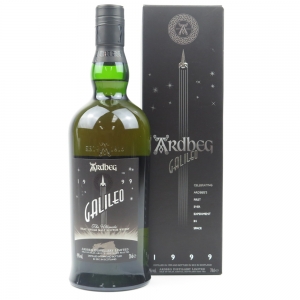