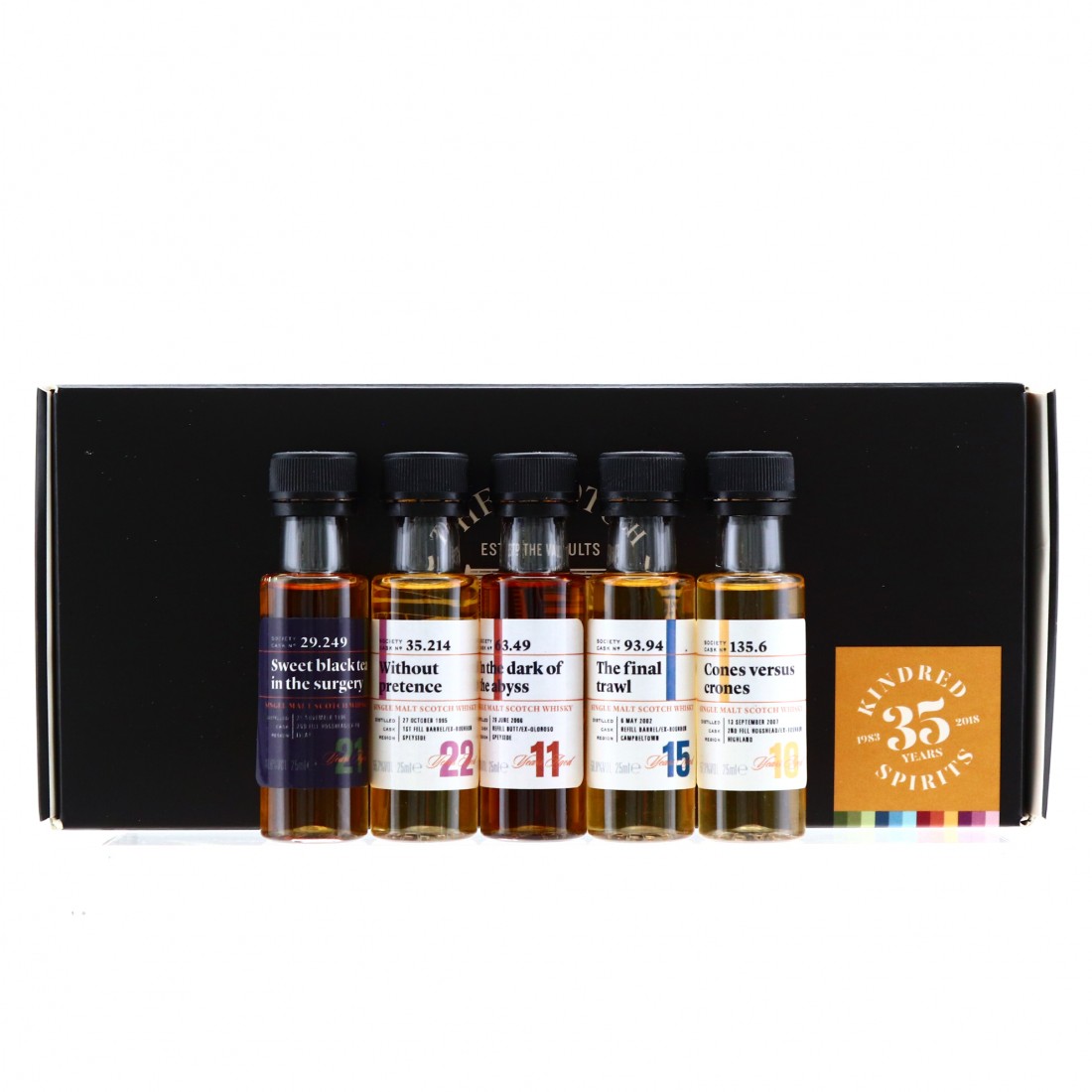 Produced by the Scotch Malt Whisky Society in partnership with the Dram Team. This is a sample selection of 2.5cl miniatures: