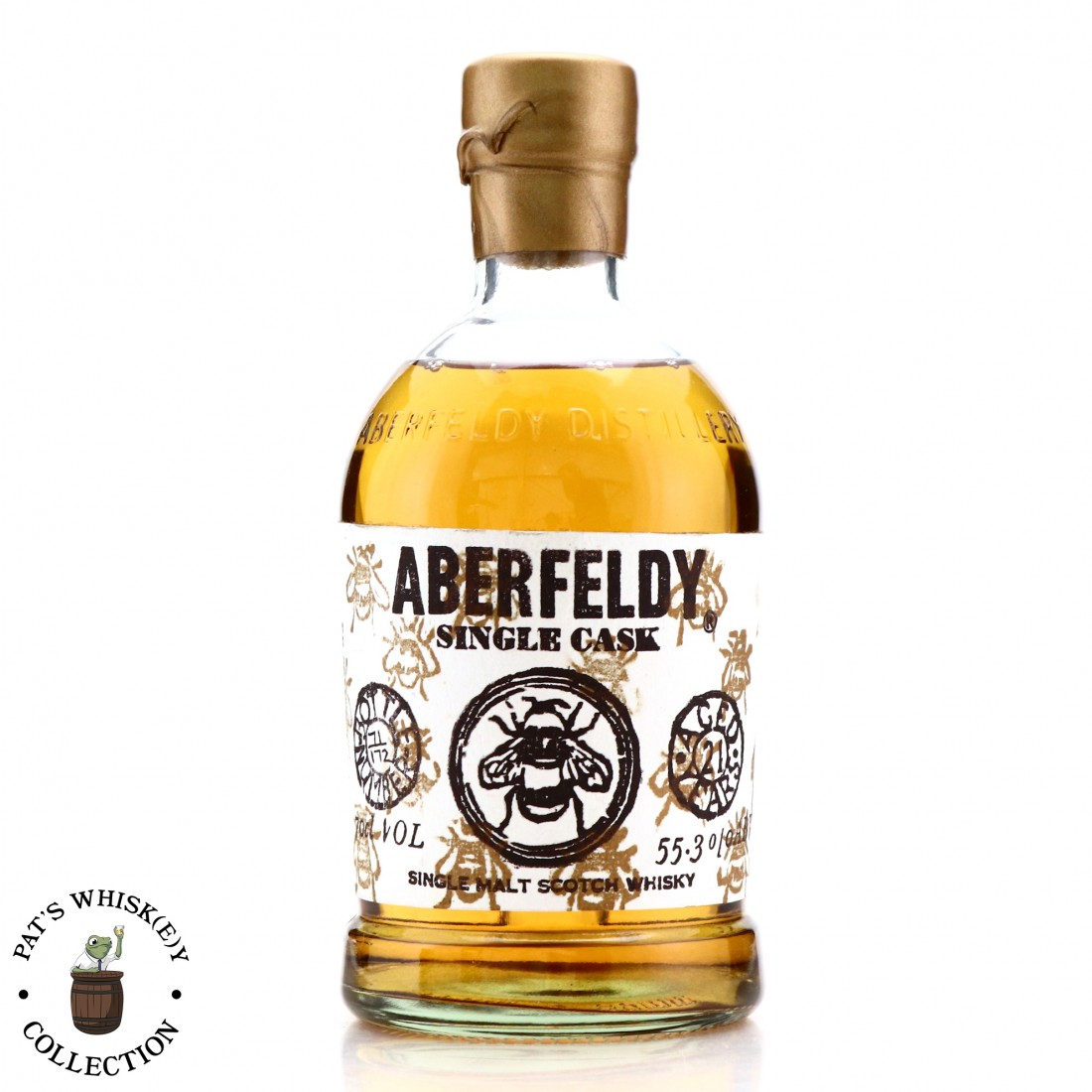 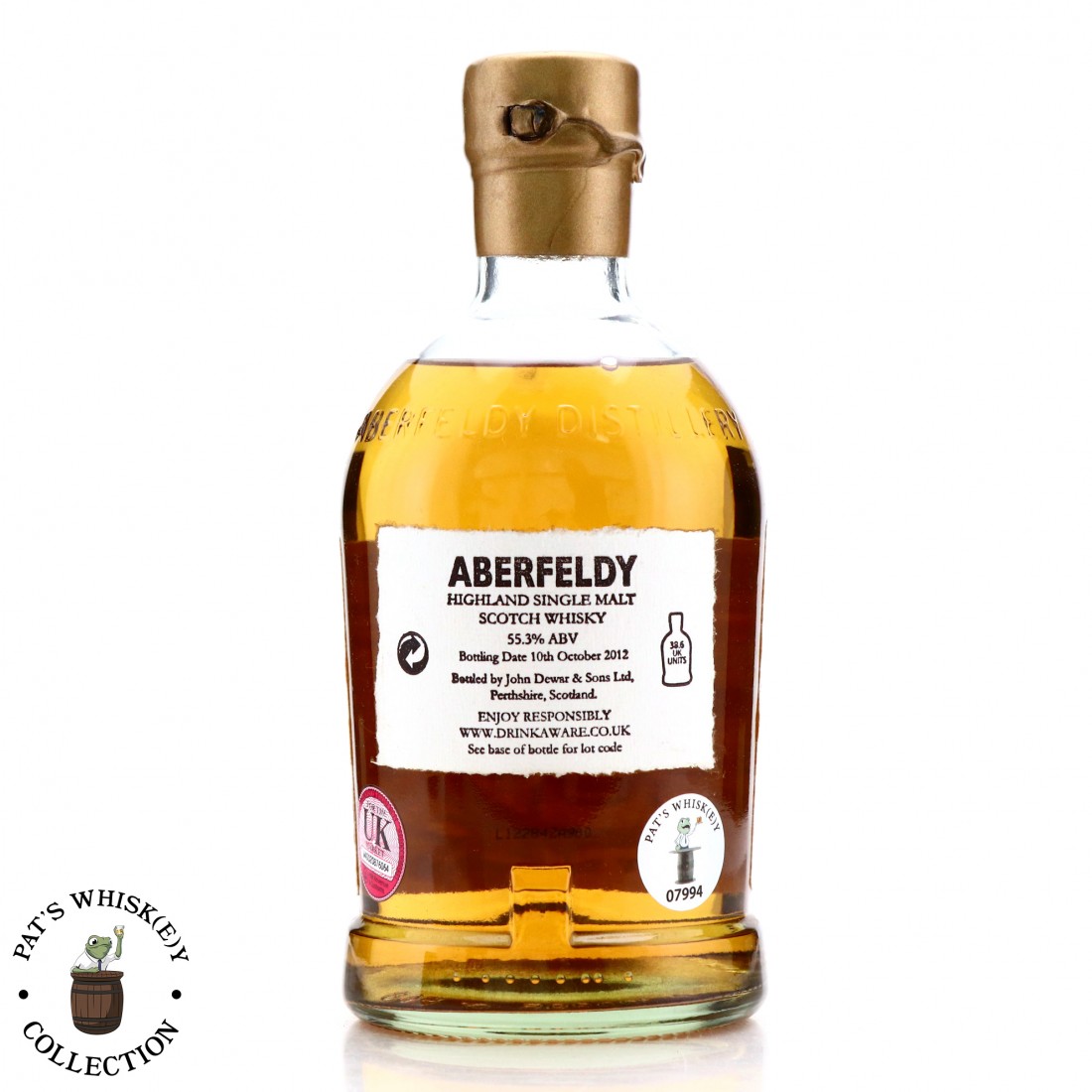 Aberfeldy distillery was built in 1896 by John Dewar & Sons to provide whisky for their famous blends. Although the capacity of the distillery was doubled in 1973, it was still rarely seen as a single malt, appearing only occasionally in limited releases while part of what is now the Diageo stable. It was only in 1999 that it was marketed under its own single malt brand, when a 12 year old known as “The Artic Nip” was released by new distillery owners, Bacardi.#

Bottled for the Aberfeldy Festival in 2012, this is one of 172 bottles drawn from a single cask. 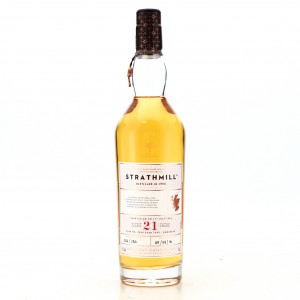 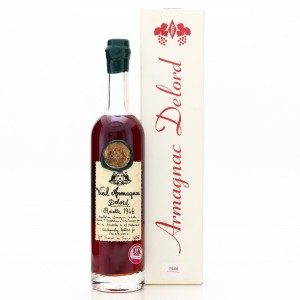 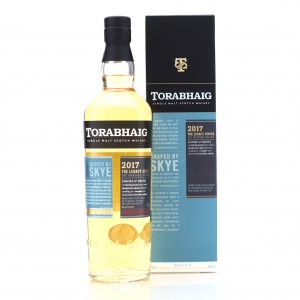 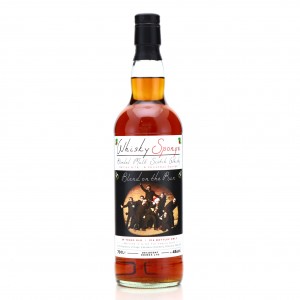