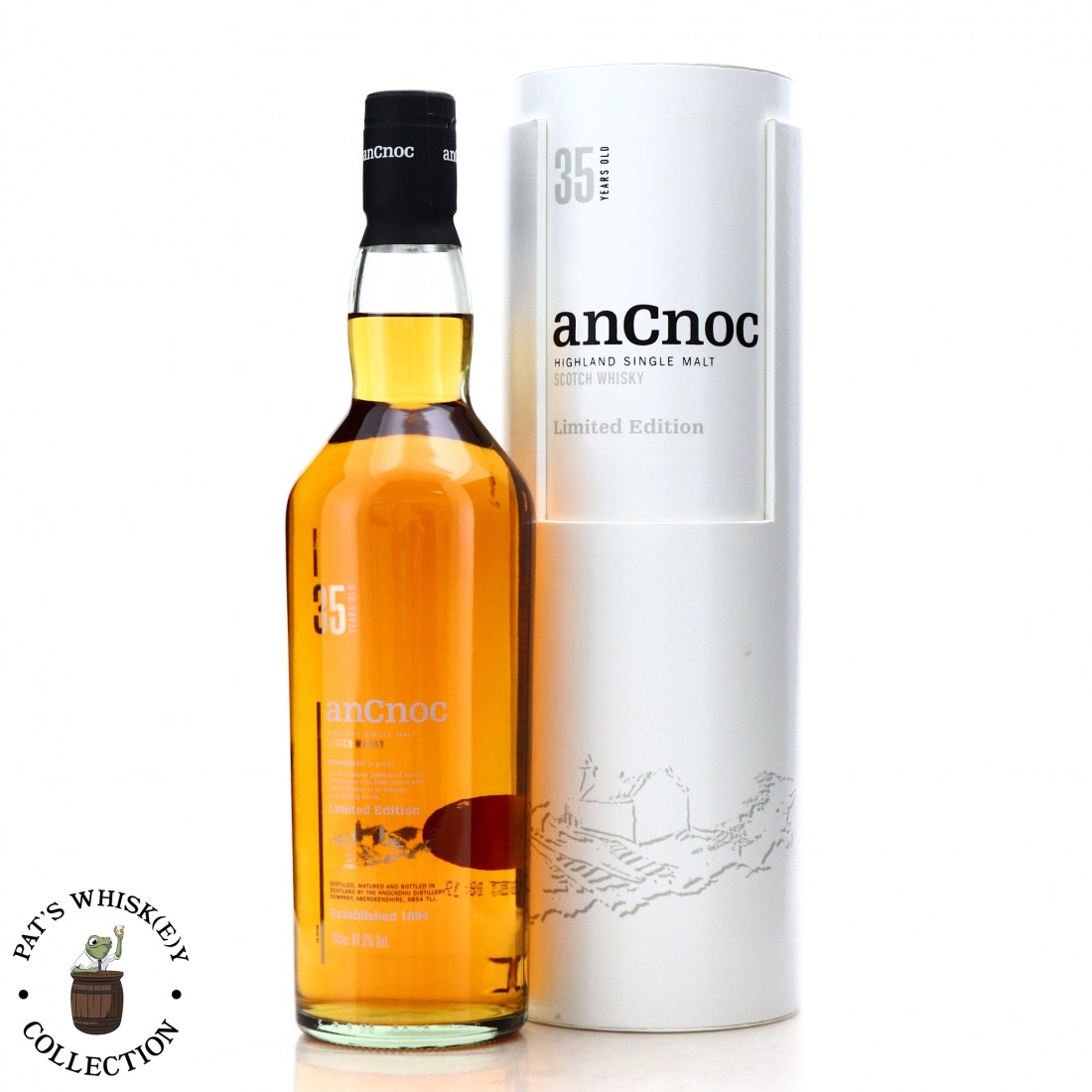 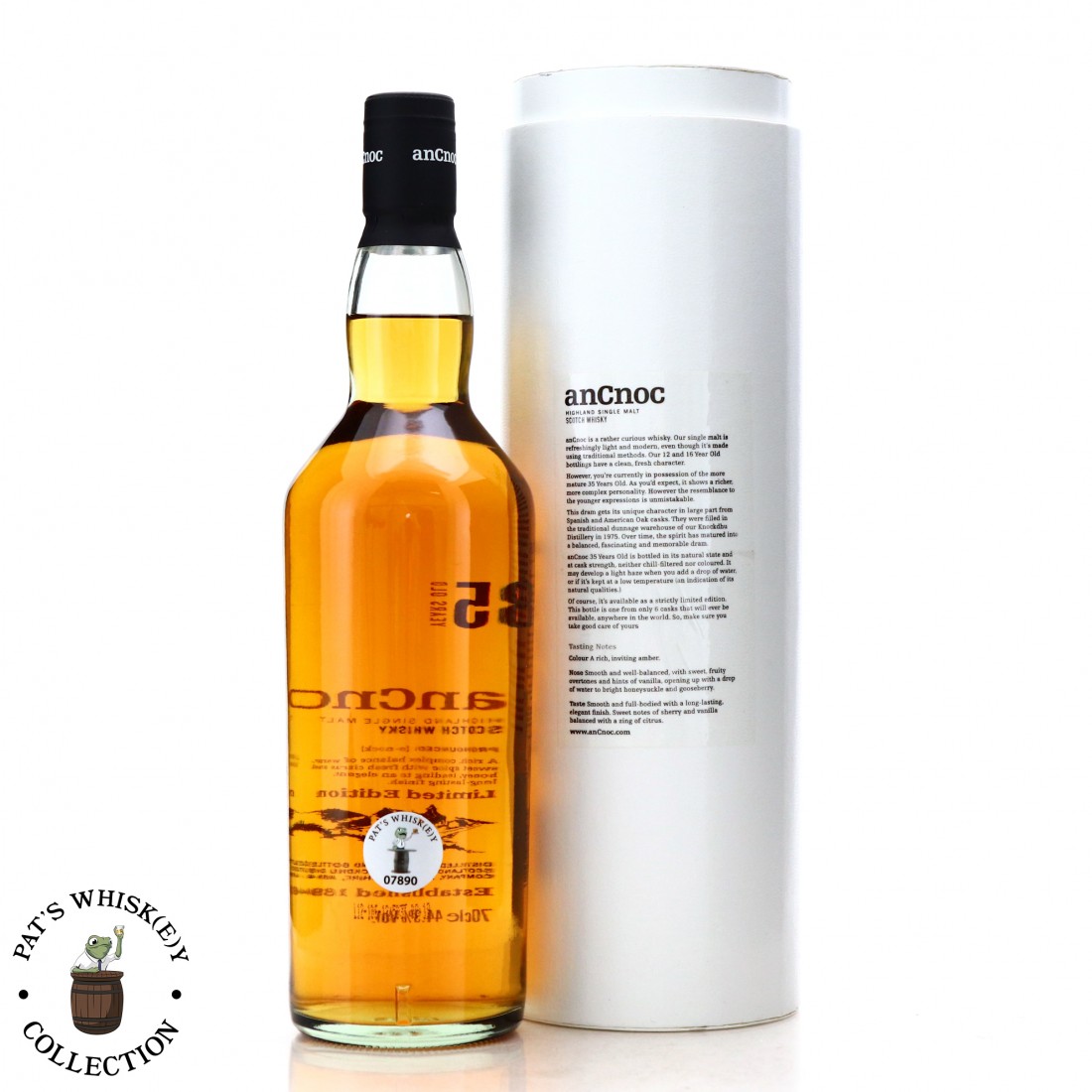 Knockdhu could be considered by many to be the genesis of what is now the whisky giant, Diageo. Then known as DCL, a consortium of Lowland grain distillers, they built Knockdhu distillery in their first foray into malt whisky distilling in 1893. They operated the distillery until 1983 when, like much of their portfolio, they closed it down due to an oversupply resulting from the Scotch market downturn of the period. The distillery was bought and re-opened by Inver House in 1988, who quickly turned out the first official single malt bottlings. The product was swiftly rebranded as AnCnoc in 1993 however, purportedly to avoid confusion with the similarly named Knockando.

Releasedin 2012, this limited edition 35 year old was aged in a combination of both sherry and bourbon matured whiskies.