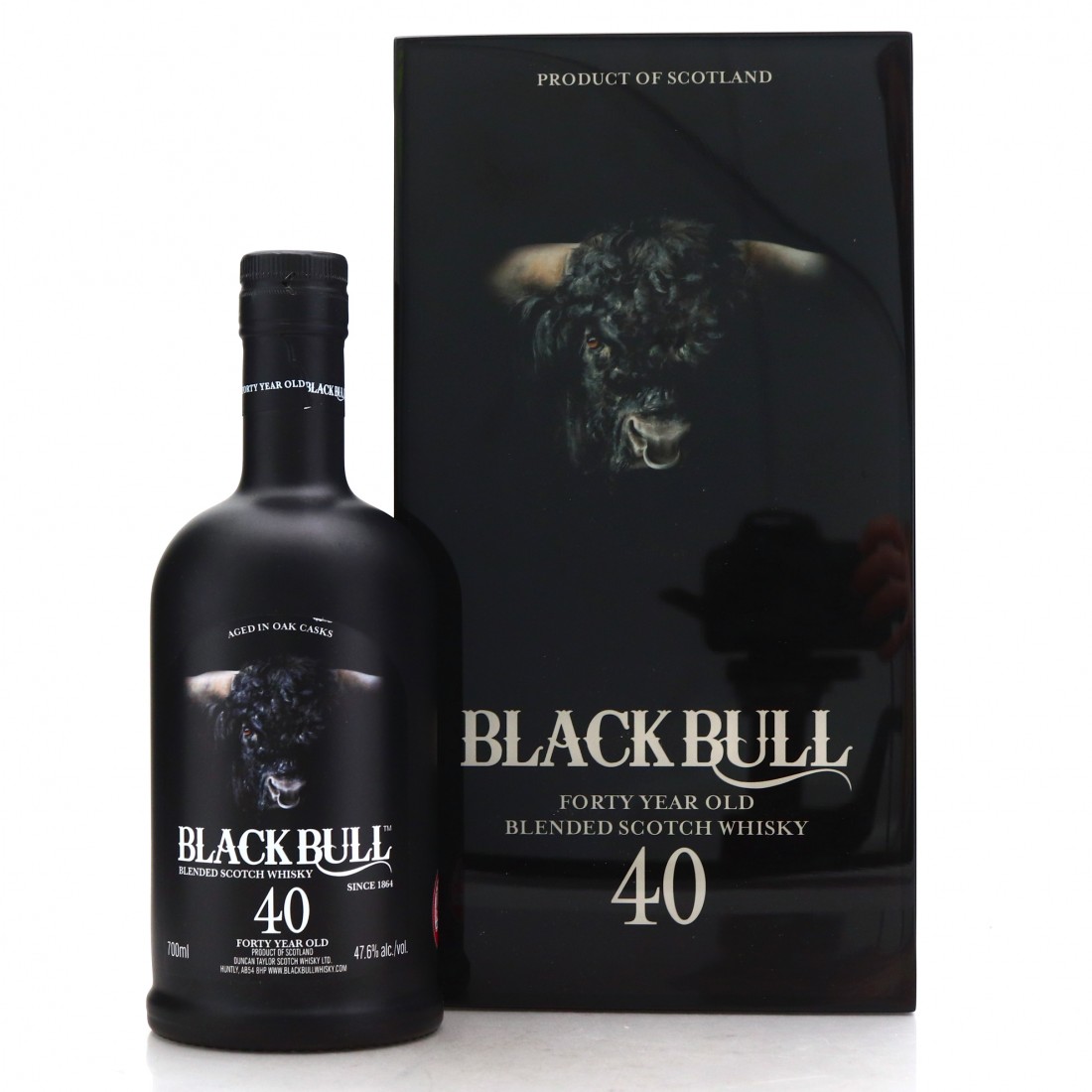 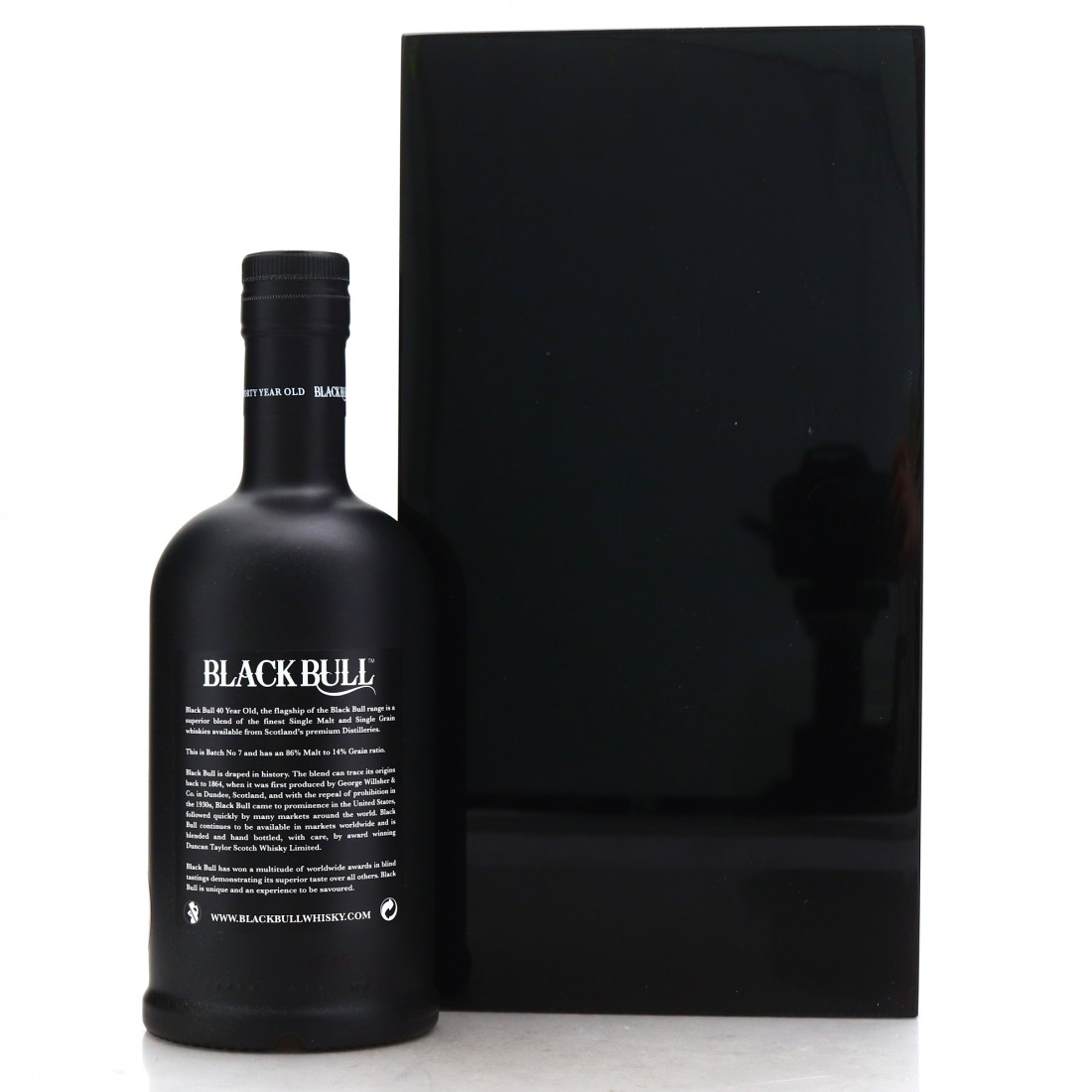 Released in 2016, this is the seventh release of 40 year old Black Bull, a premium blend produced by Duncan Taylor.

The grain component includes from the closed Carsebridge, Caledonian, Lochside, North of Scotland and Port Dundas, among others.