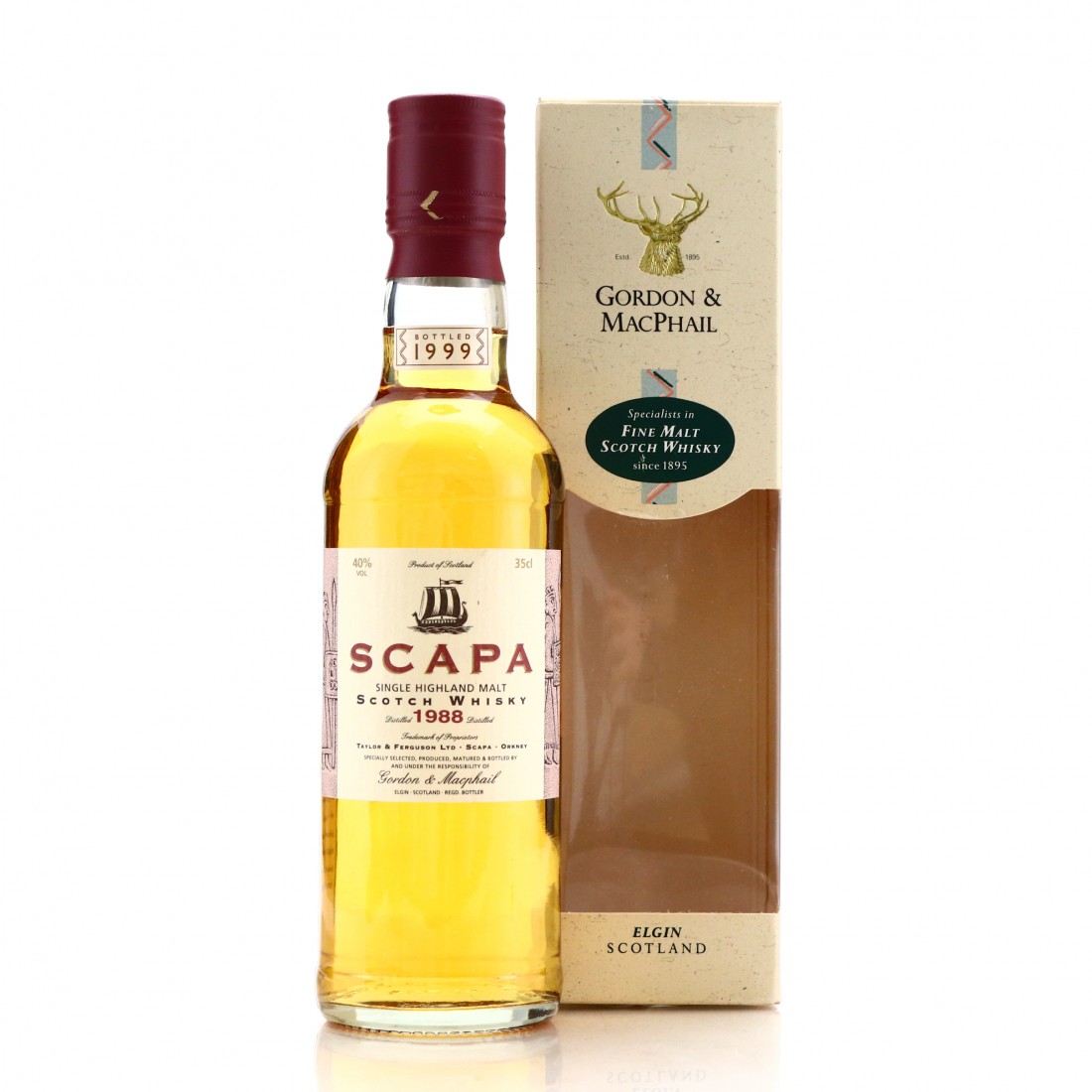 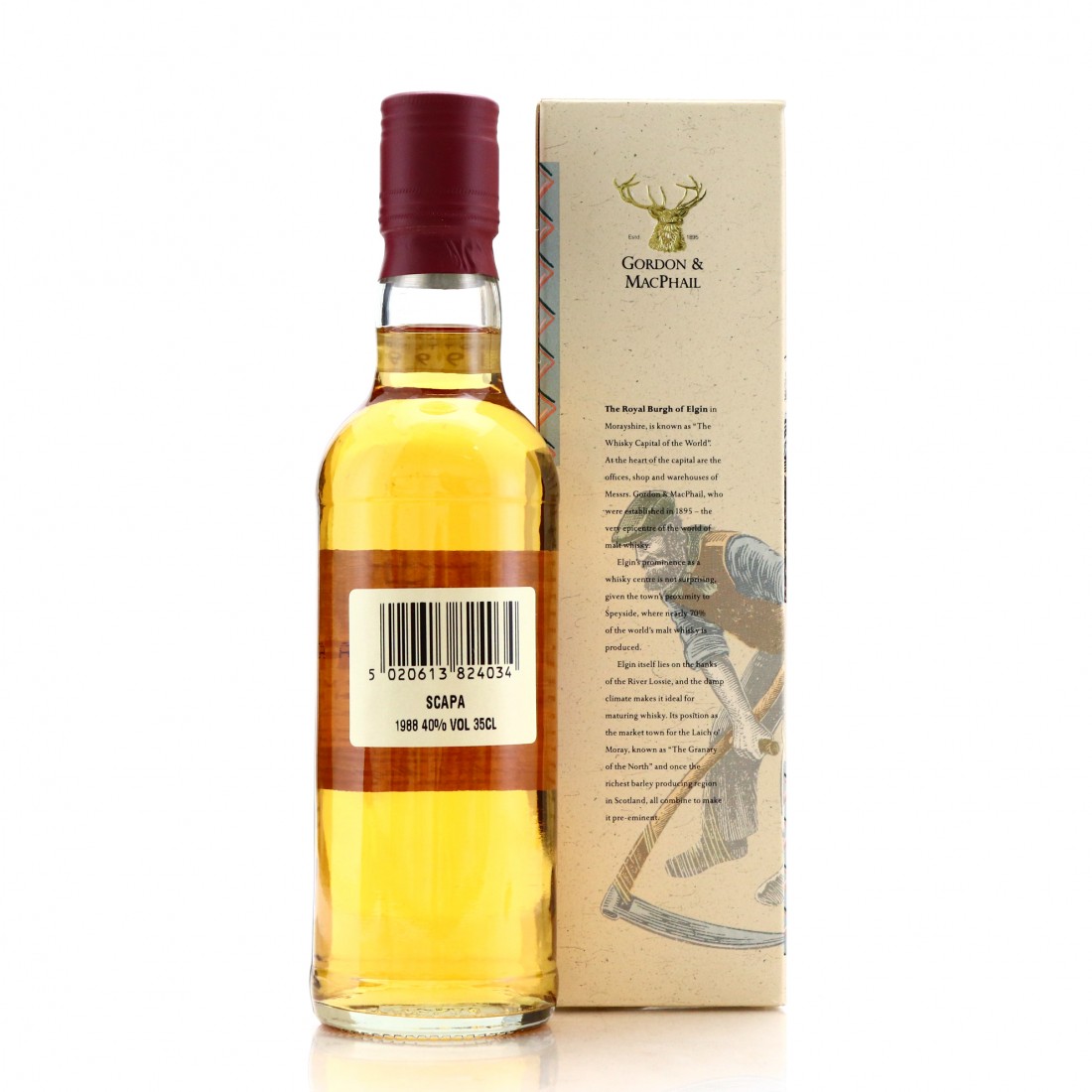 Hiram Walker licensed the Scapa single malt brand to Gordon & MacPhail in order to produce official releases in the 1970s and 1980s, not having the capacity to do so itself at the time. This good standing with the distillery furnished the Elgin-based independent firm with a steady supply of high-quality casks, and subsequently, high-quality releases.

When Gordon & MacPhail were producing official bottlings under license in the 1970s, each distillery was labelled using a specific branding determined by their parent companies, such as DCL, Hiram Walker or Highland Distillers. By the 1980s, single malts were increasing in popularity and Gordon & MacPhail began to create a “house label” for every distillery, each with its own unique style, as is presented here. Although no longer the licensees, Gordon & MacPhail still produce bottles like this for many distilleries today, renamed in 2018 as their Distillery Labels range