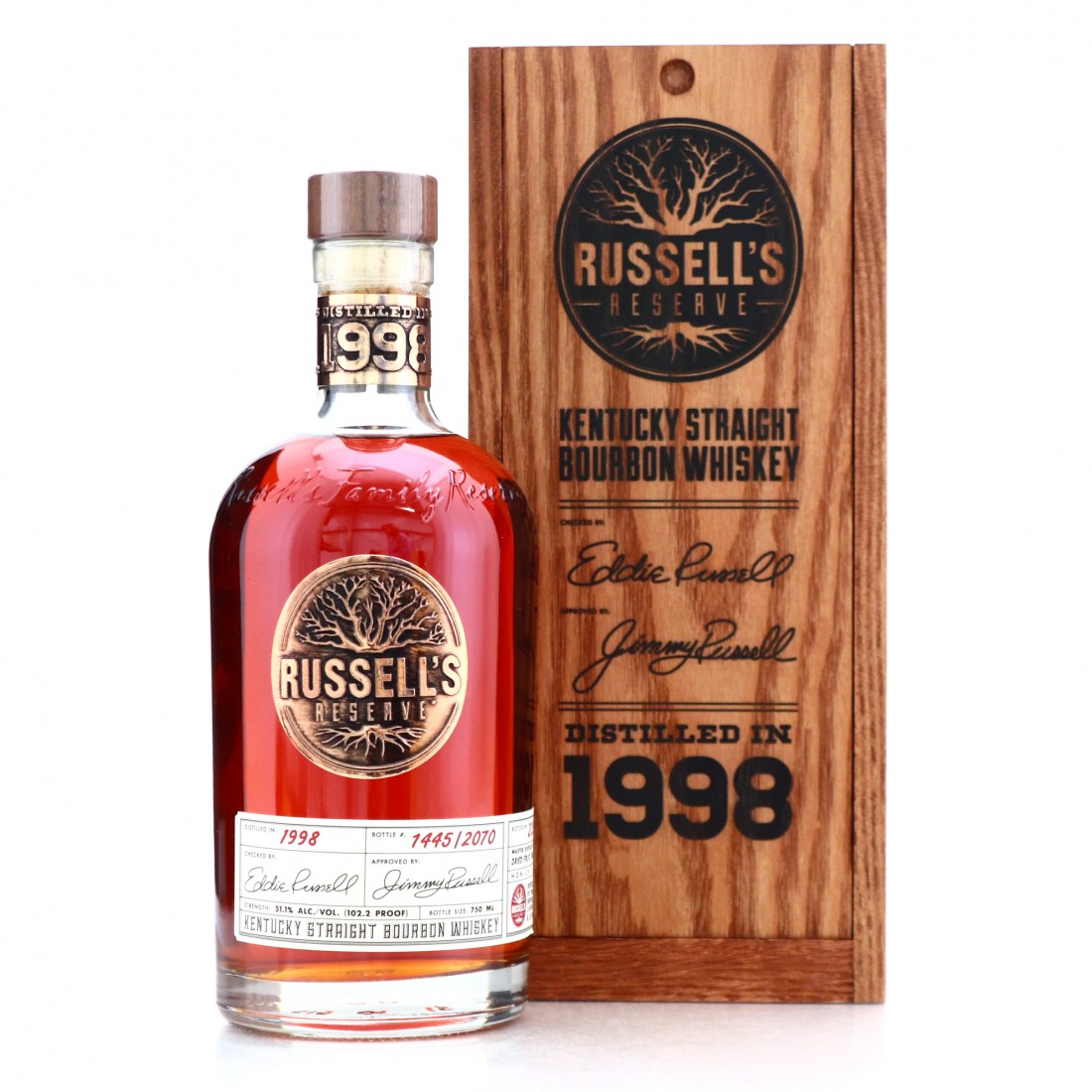 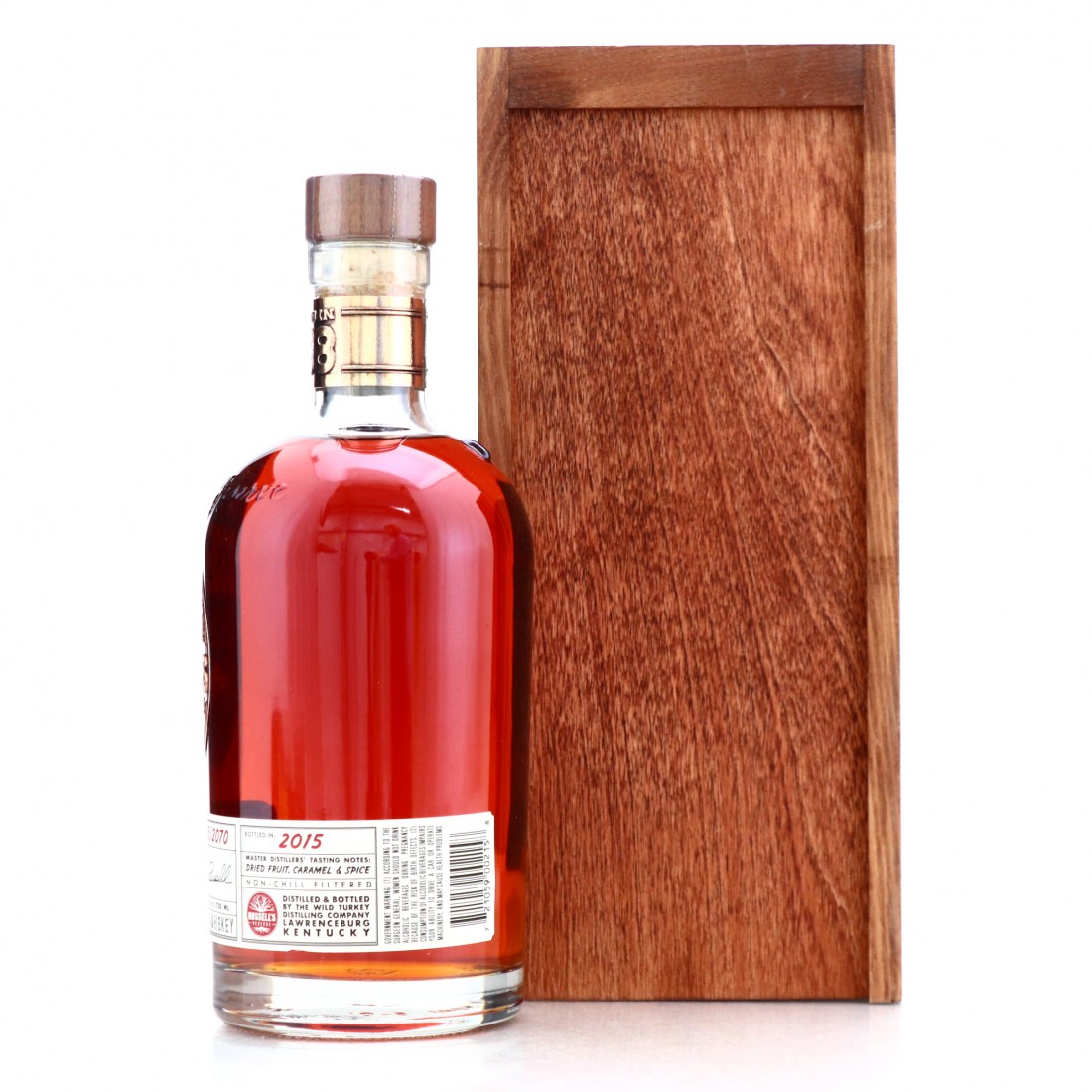 An exceptional one time release, this Russell's Reserve was distilled in 1998 at Wild Turkey, matured until 2015. It is one of 2070 drawn from 23 barrels.

The original batch of Russel's Reserve was bottled in 1998 in celebration of Wild Turkey Master Distiller, Jimmy Russell's 45th anniversary with the company. The barrels for this release were warehoused that same year with the specific intention of releasing a second Russel's Reserve with the 1998 vintage to honour the achievement again.