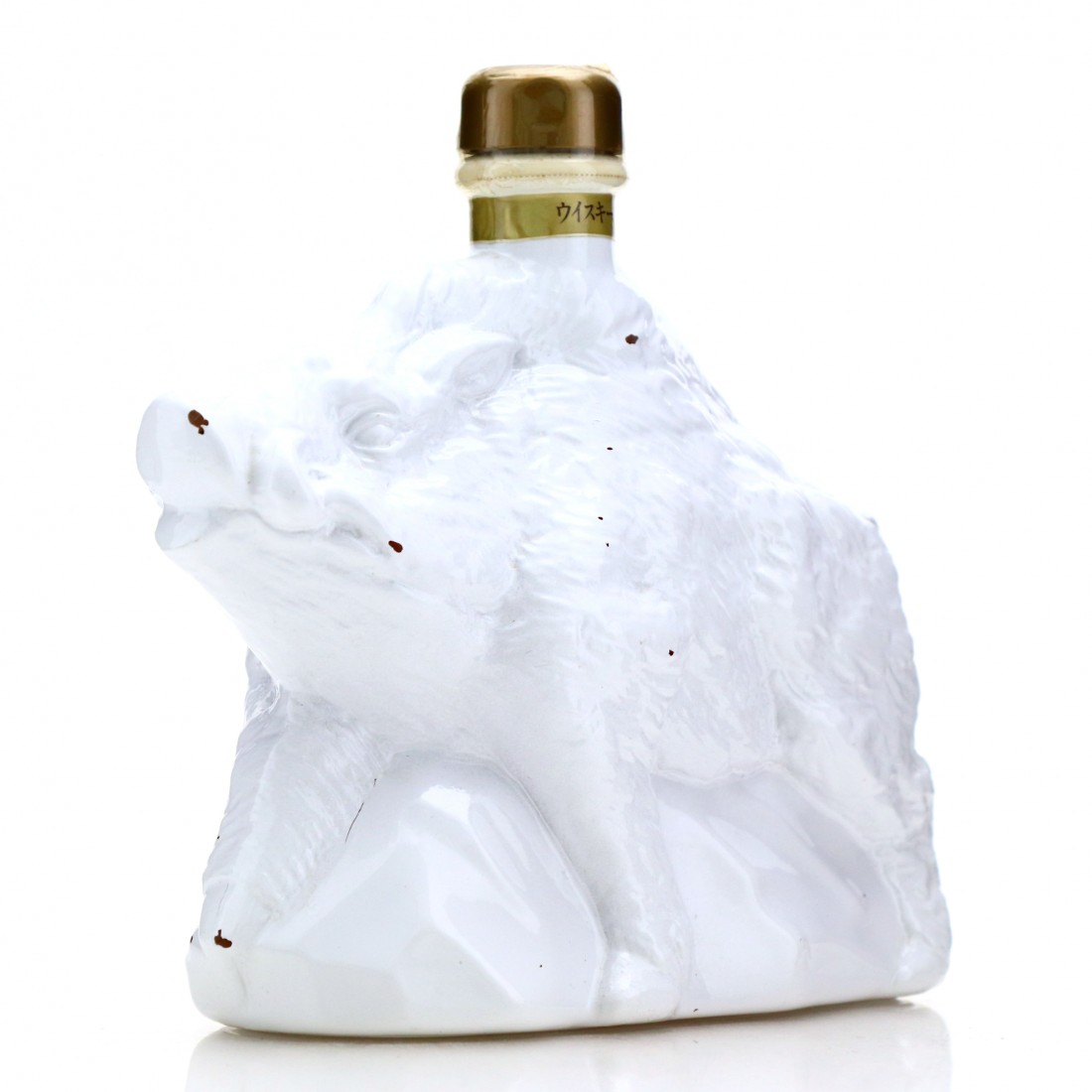 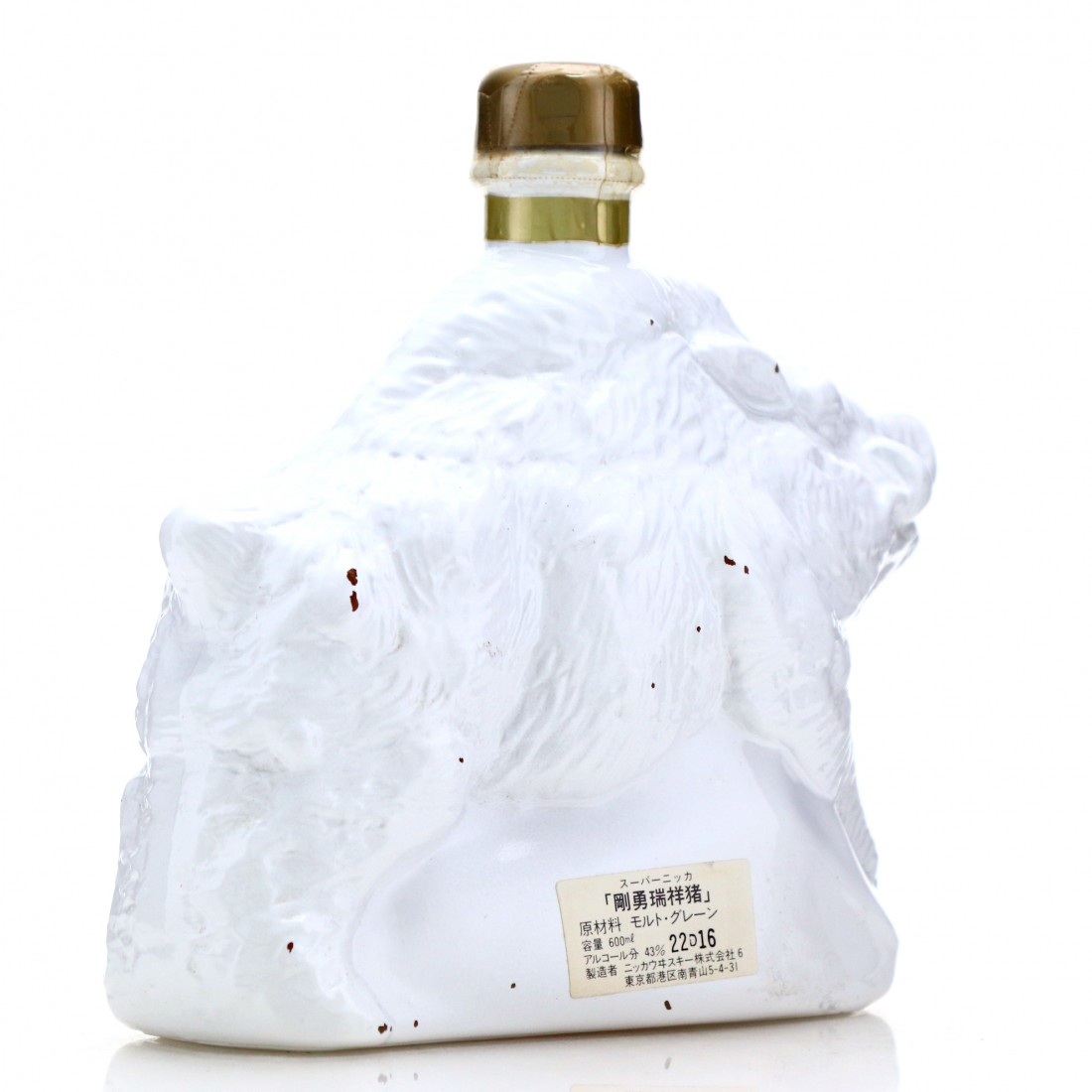 An older bottling of this famous Japanese blend presented in an elegant ceramic decanter depicting a wild pig.

Nikka was founded in 1934 by Masataka Taketsuru, a former Suntory employee who had studied at the University of Glasgow, and later trained as a blender at the now lost Hazelburn distillery in Campbeltown.  Taketsuru opened the Yoichi distillery in the same year as establishing the company, followed by the Nishinomaya and Miyagikyo distilleries in 1959 and 1969, respectively. Since 1989 the company has also has also had a stake in the Scotch whisky industry after they purchased the struggling Ben Nevis distillery. Today they are one of the second largest whisky producer in Japan.