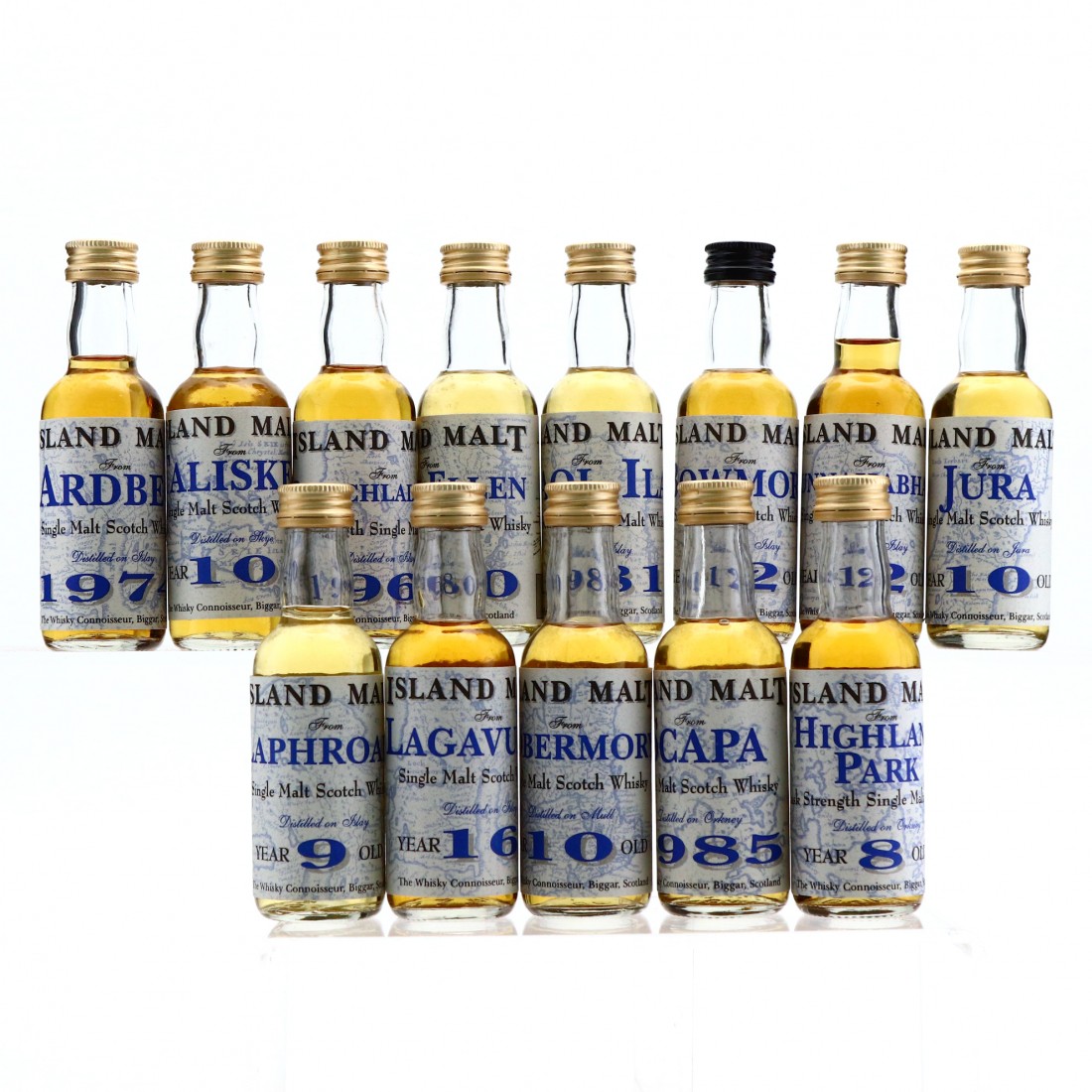 A wonderful collection of Island single malts bottled by The Whisky Connoisseur.

The story of The Whisky Connoisseur begins in 1946 with the birth of Arthur Bell. Not to be confused with 19th century blender and founder of Arthur Bell & Sons, this one would go on to have an incredibly active life which would see him not only become a whisky entrepreneur but also a political campaigner and a heritage conservationist. While studying economics and politics at Edinburgh University in the 1960s, he and his fellow classmate Alan Peden wrote The Complete Edinburgh Pub Guide, a sell-out publication which reviewed many of the city’s drinking establishments. During this time, he also campaigned heavily for the renovation and restoration of Edinburgh’s Old Town. After graduating he joined an Edinburgh-based mail order company called Heather Valley. Eventually in 1973, he and his wife Susan decided to start their own company which they named Scottish Direct, one of the trading arms of which included their independent bottling company, The Whisky Connoisseur. Bell would adopt a favour for bottling single malts under creative names such as Aberlogie (Macallan) or Brodgar (Highland Park), and enjoyed access to high-quality casks which made his releases a favourite of collectors all over the world. They often carry a strong Scottish theme, but also include sporting events, the British royal family, and war history such as The Battle of Britain. Bell passed away in 2015, but his bottlings continue to generate great interest.