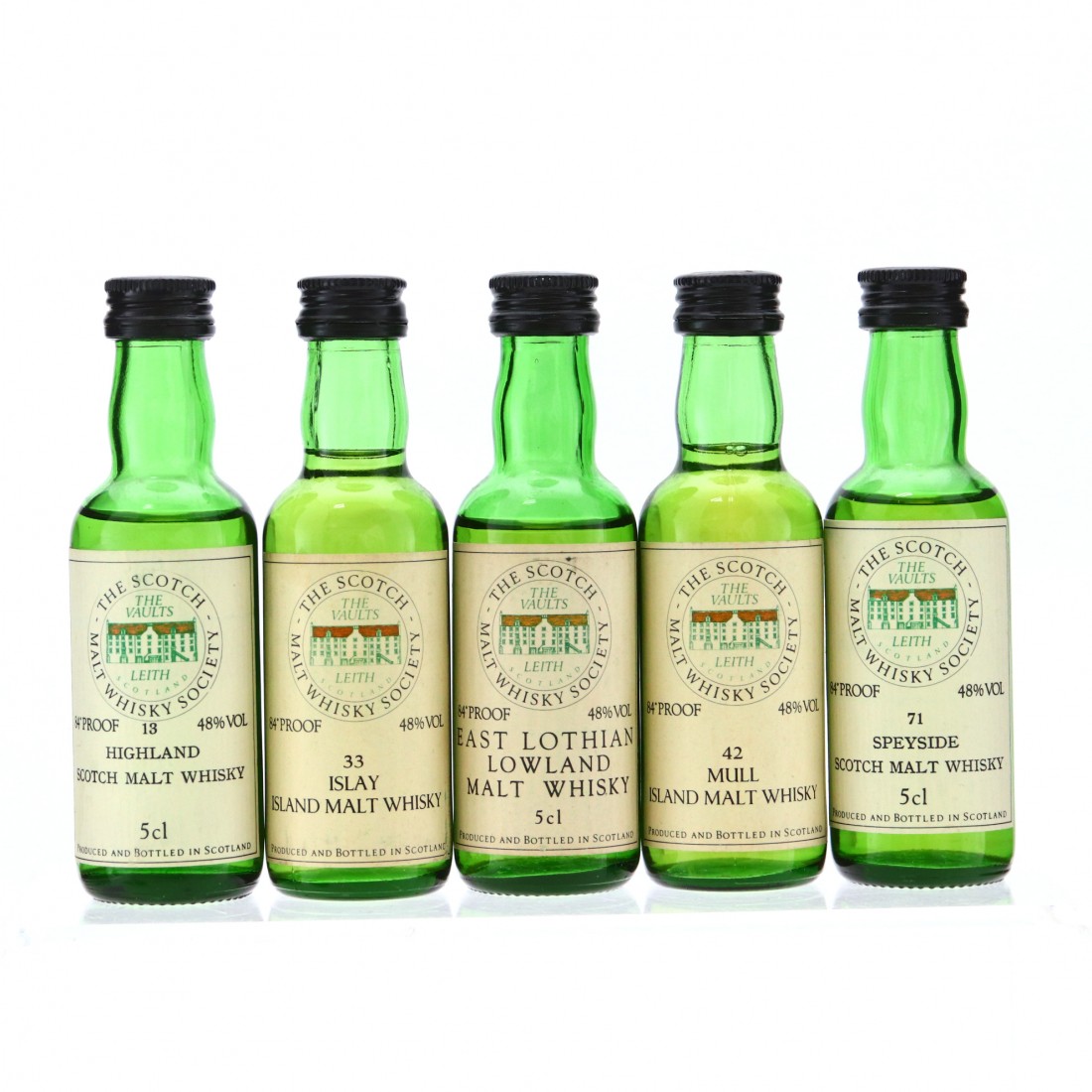 A collection of miniatures from the Scotch Malt Whisky Society. Something which we don't often see at auction.

Very little detail regarding the whisky in the miniatures is given. The following information is stated...