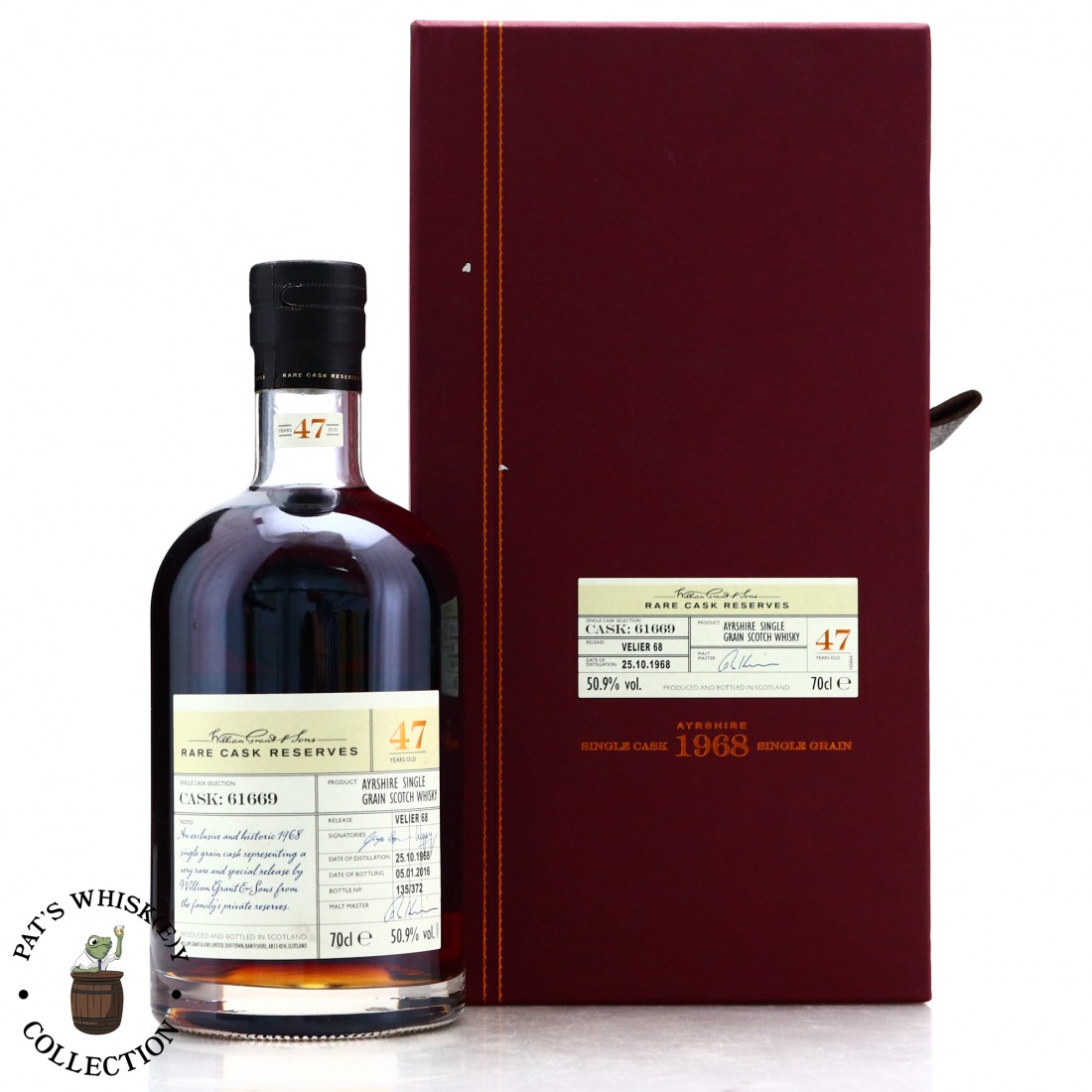 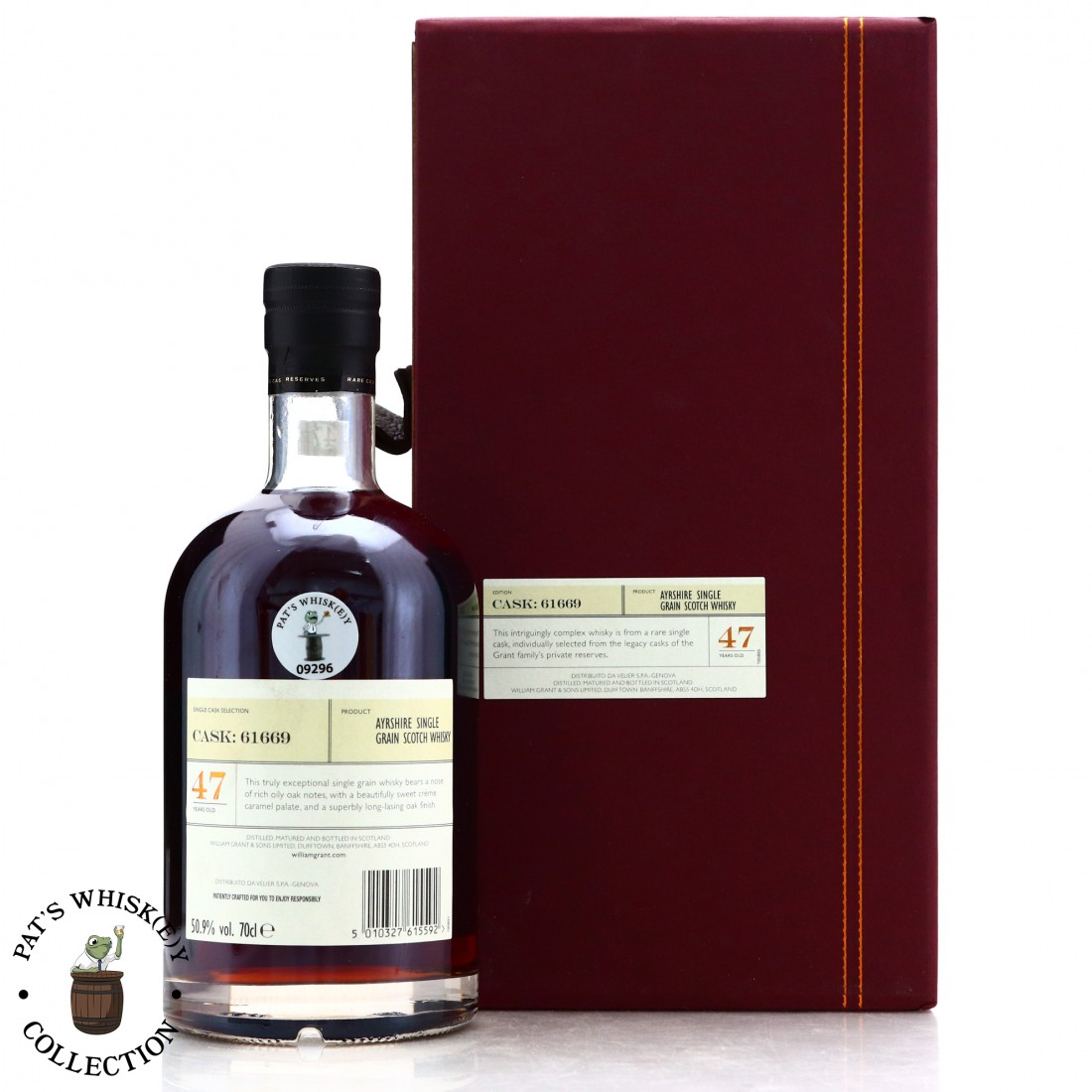 Girvan distillery was built in 1963 by William Grant & Sons after a disagreement with DCL resulted in the latter severing their grain supply for the Standfast blend. It was built and in production within 9 months, with the first spirit running on Christmas day, just as it had at Glenfiddich. Today the distillery still provides grain for the Grant's blends, but has also been marketed as a single grain, first as the short-lived Black Barrel, and more recently under the Girvan Patent Still brand.