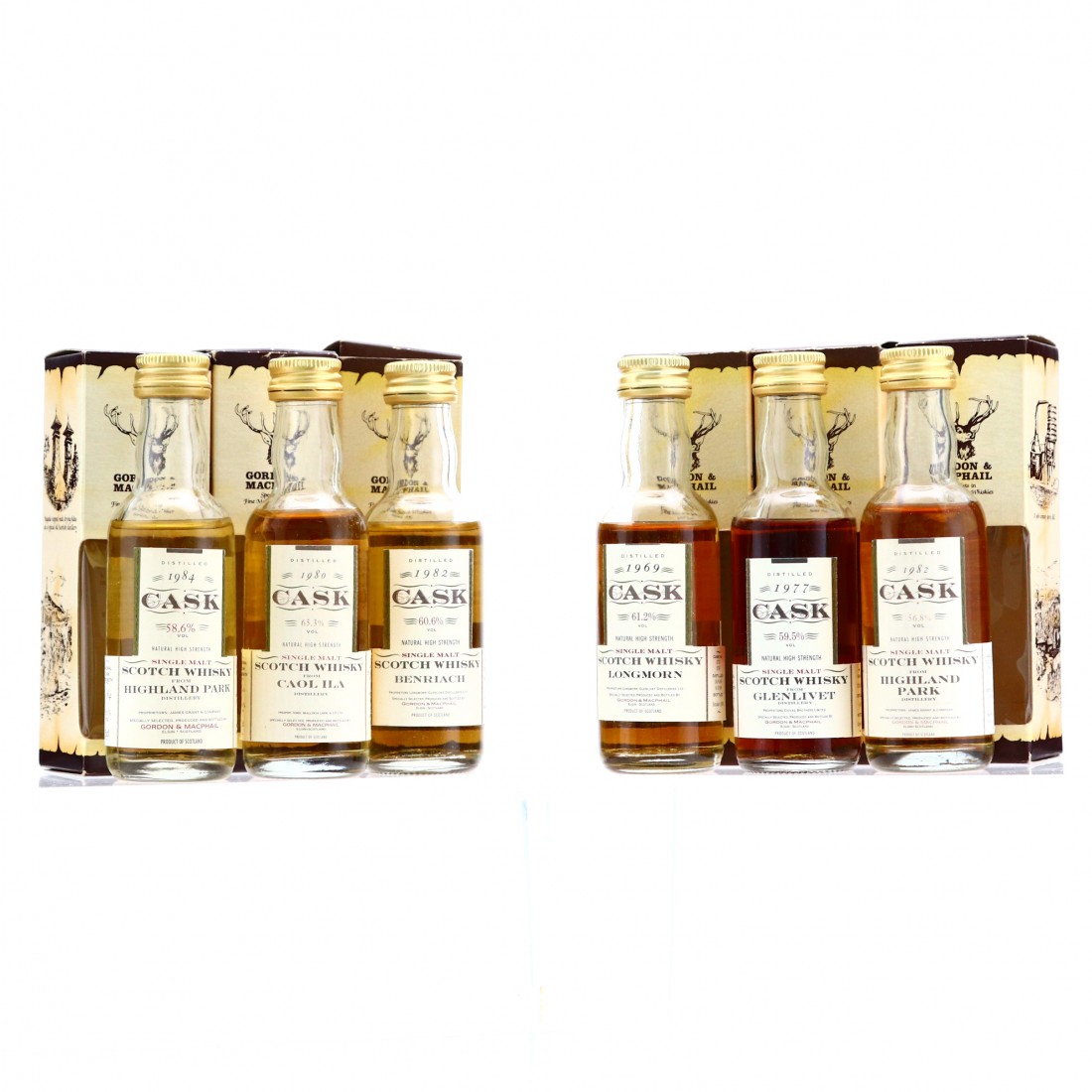 These miniatures are part of the Cask Strength range, a more recent version of the Original 'Cask' series, which represented Gordon & MacPhail’s first foray into natural strength bottlings in order to keep up with the market trend in preference for these in the late 1980s.