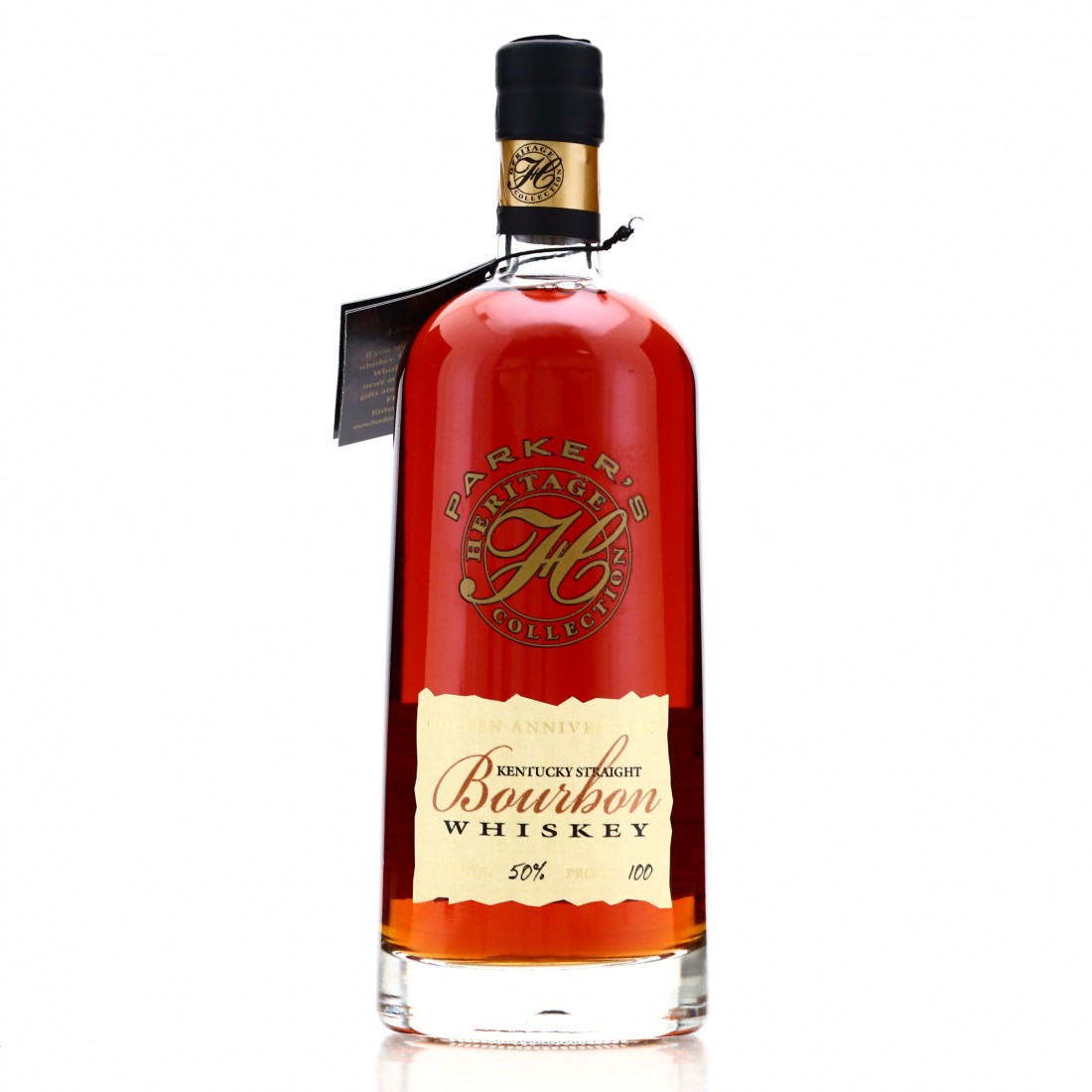 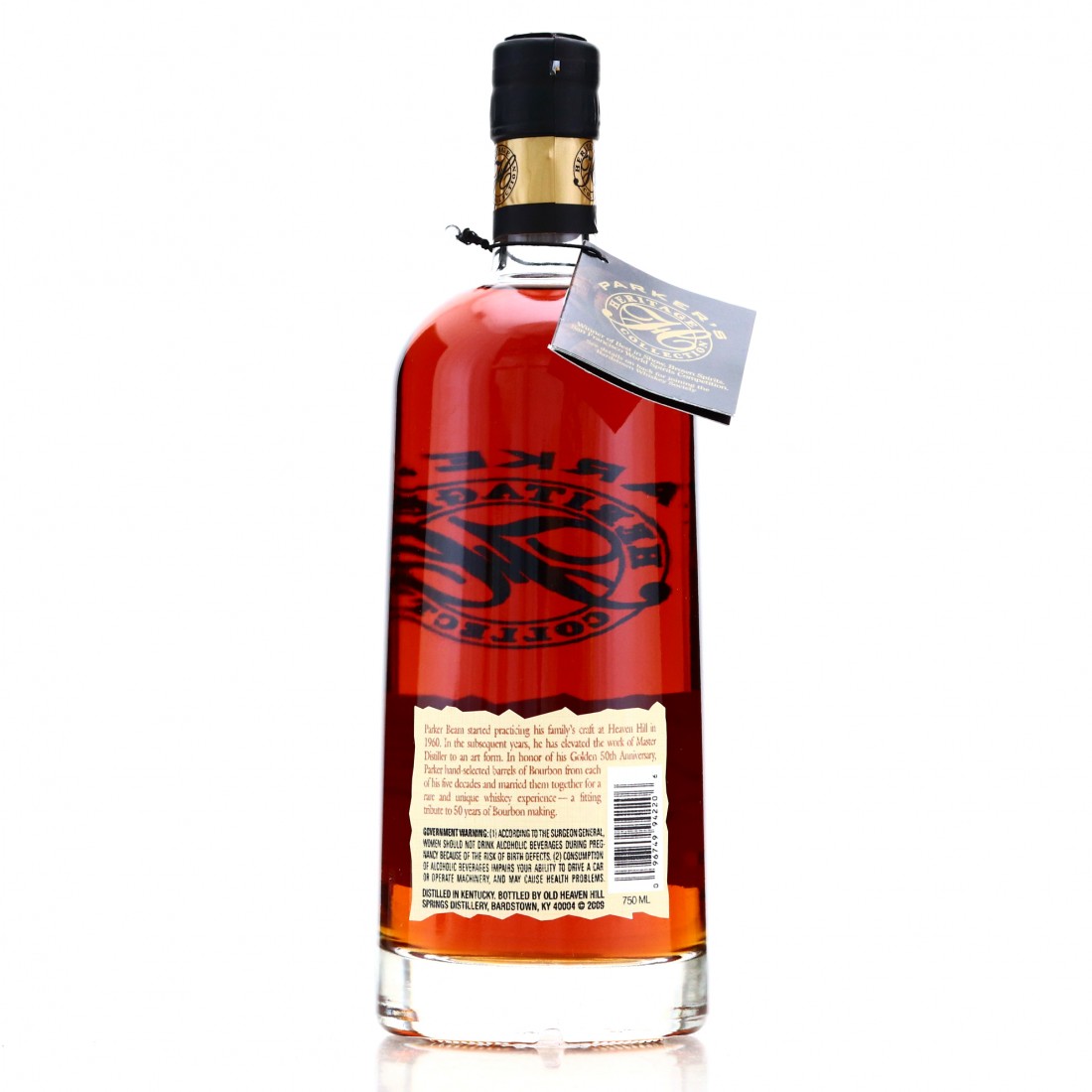 This was the third in the series, bottled in 2009. It celebrated Parker's 50th year working for the company, his Golden Anniversary. The bottle is a marriage of barrels distilled in each of the five decades he spent with the distillery since his first day in 1960.

This bottle therefore contains bourbon distilled at both the old Heaven Hill distillery in Bardstown, and their new home at Bernheim.

Heaven Hill was established by a group of private investors in 1935, following the repeal of Prohibition a few years earlier. Among the founders was distiller, Joseph L. Beam, and a member of the Shapira family. As the company grew, the Shapira's eventually acquired sole ownership of it, and their descendants still run it today. In a similar dynastic vein, Joe Beam remained master distiller despite the Shapira takeover, and members of his family have occupied the role ever since. The Old Heavenhill Springs distillery, later renamed simply as Heaven Hill was sadly lost in a devastating fire in 1996, and bourbon made there has become increasingly sought after as the years pass. The company had no distillery for the next three years, but were permitted to rent stills at Jim Beam and Brown-Forman in order to maintain production. They eventually acquired the newly refurbished Bernheim distillery from Diageo in 1999, which has been their home ever since.