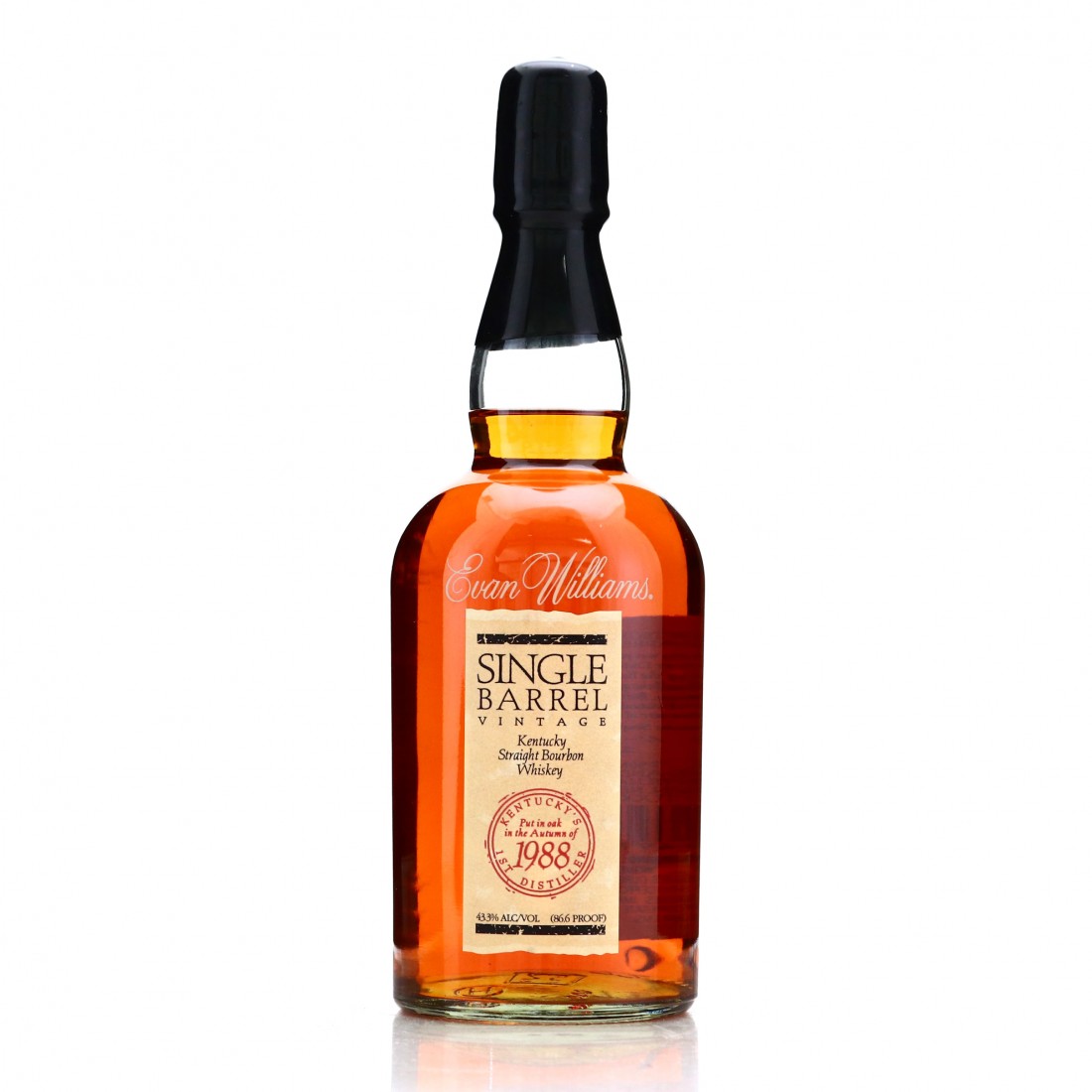 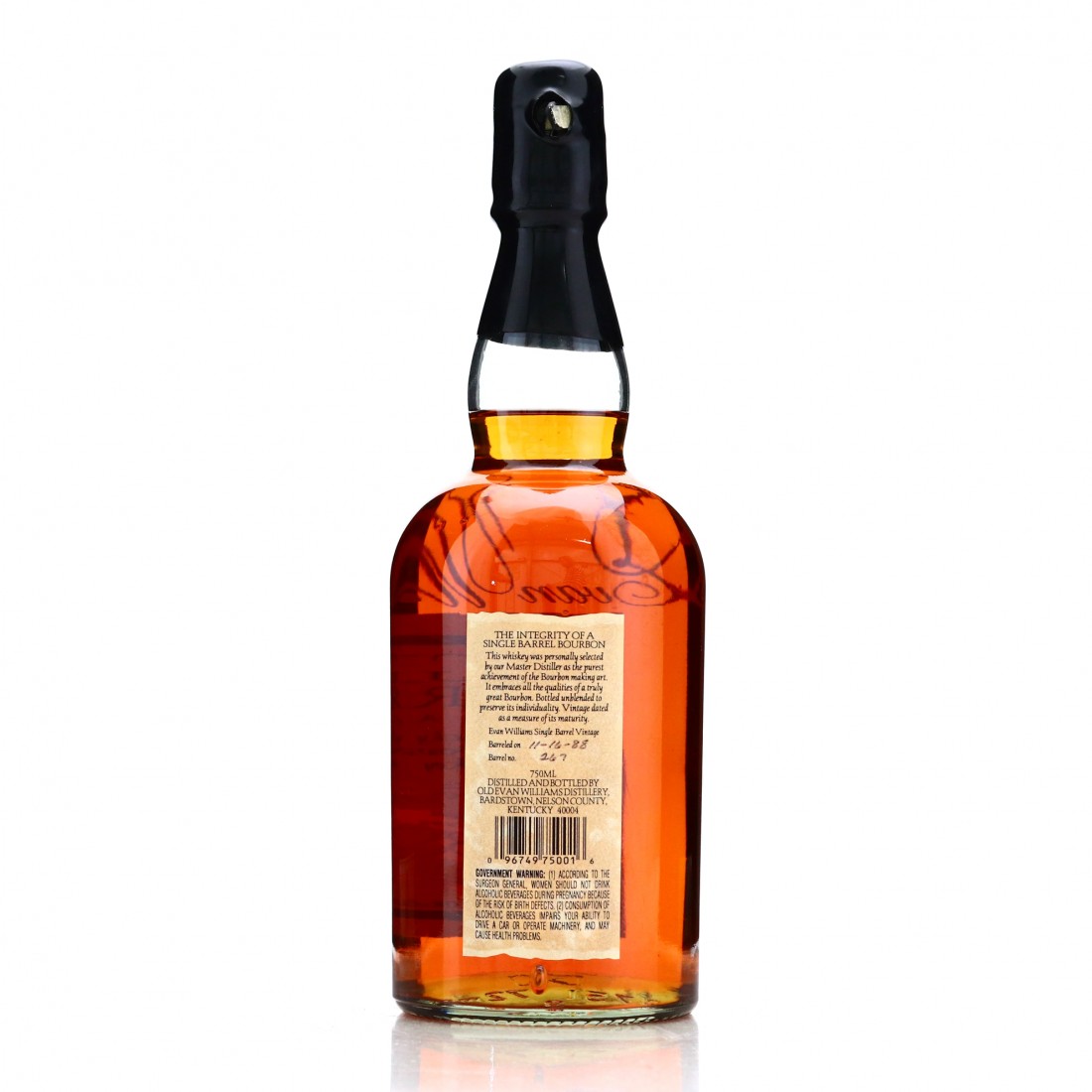 The Evan Williams brand was launched in 1957 and takes its name from an 18th century Welsh immigrant, often cited as Kentucky's first distiller. Not to be confused with another Heaven Hill brand, Elijah Craig, named after the man first presumed to have distilled bourbon whiskey.

This single barrel was distilled back in 1988 and bottled in the 1990s.