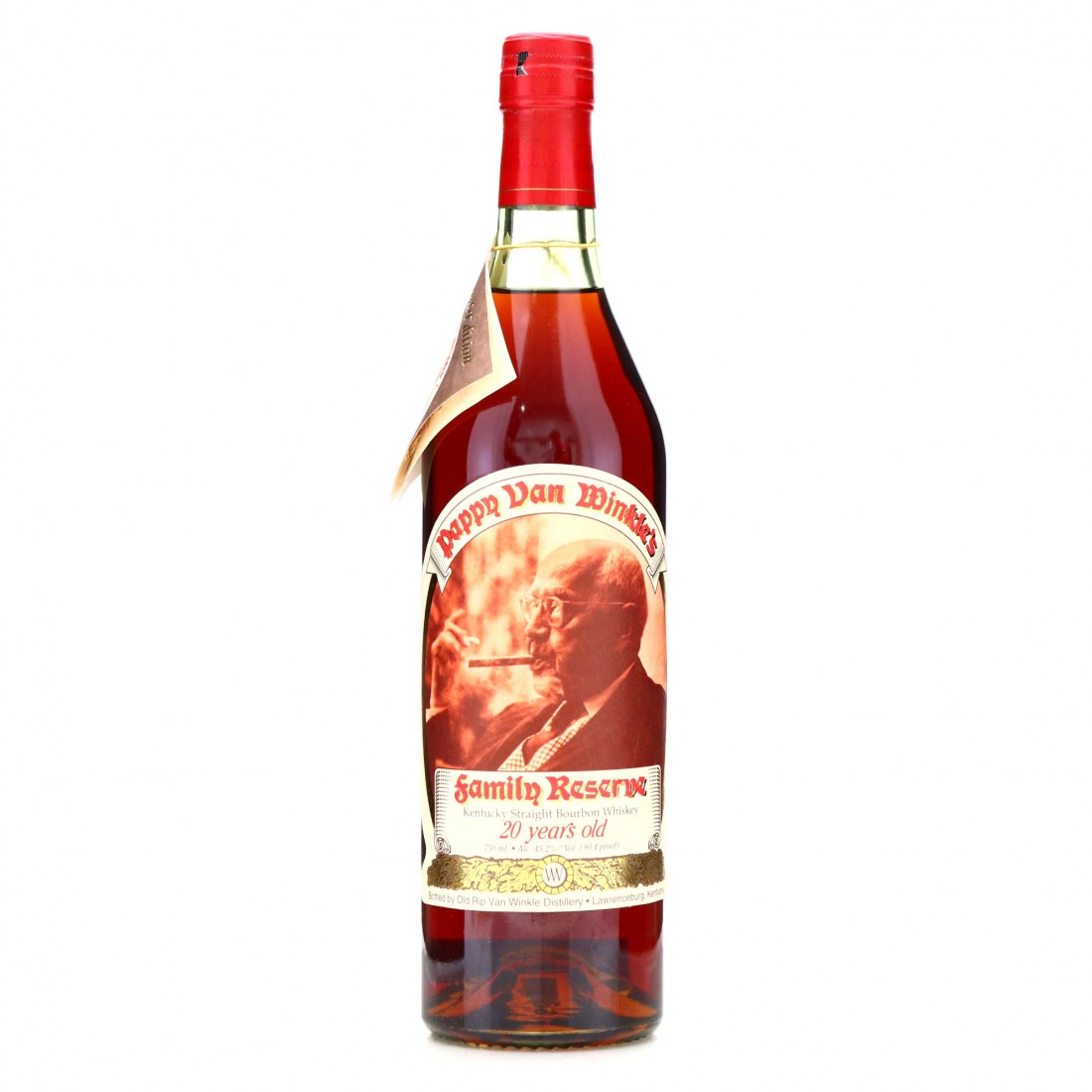 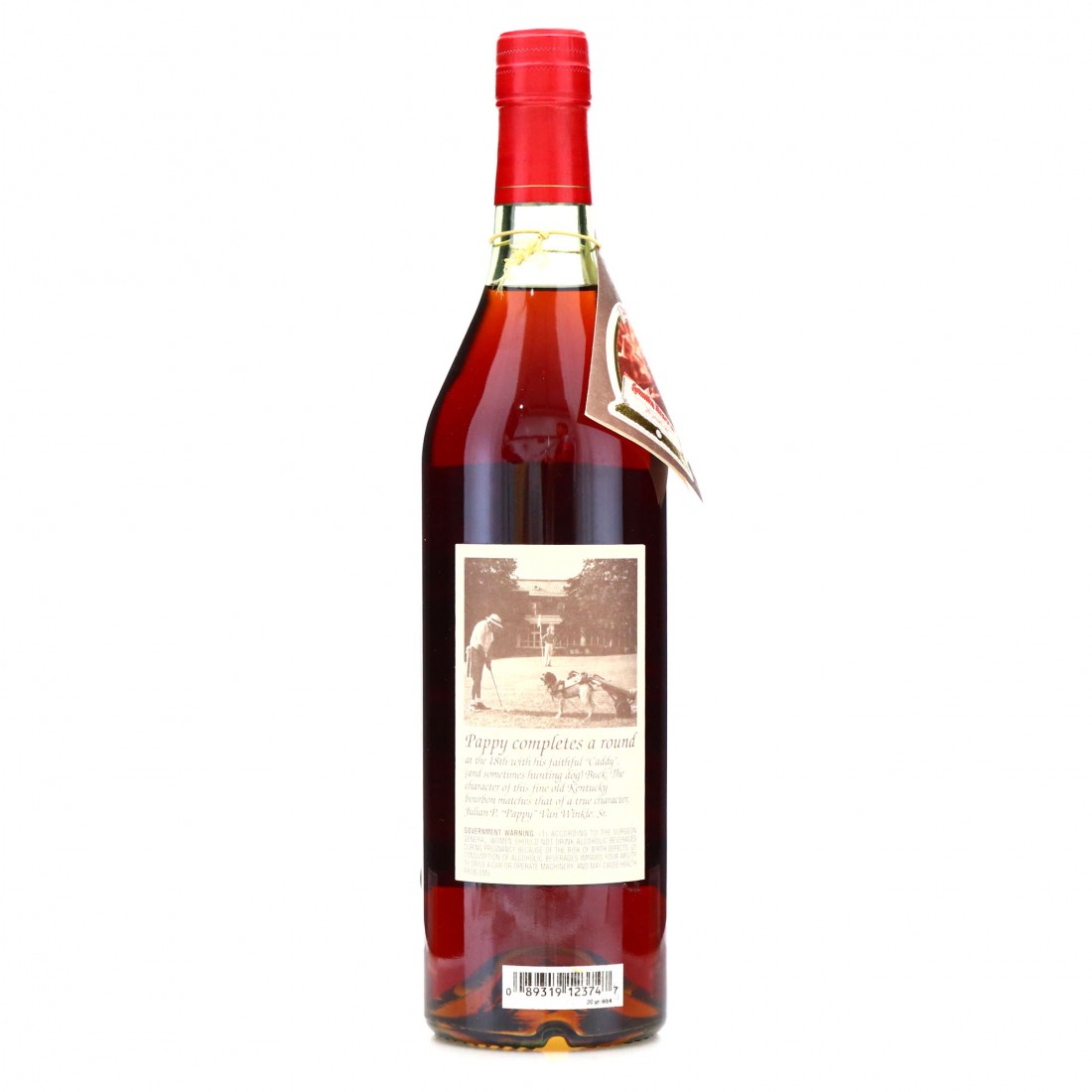 This is one of the earliest examples of the 20 year old, introduced in 1994 and produced in this light green bottle until 1999 when Van Winkle switched to clear glass. The 1994 bottling of the 20 year old Family Reserve was produced using a high-rye bourbon from Boone distillery, however casks from Stitzel-Weller would have been used later in the 1990s.