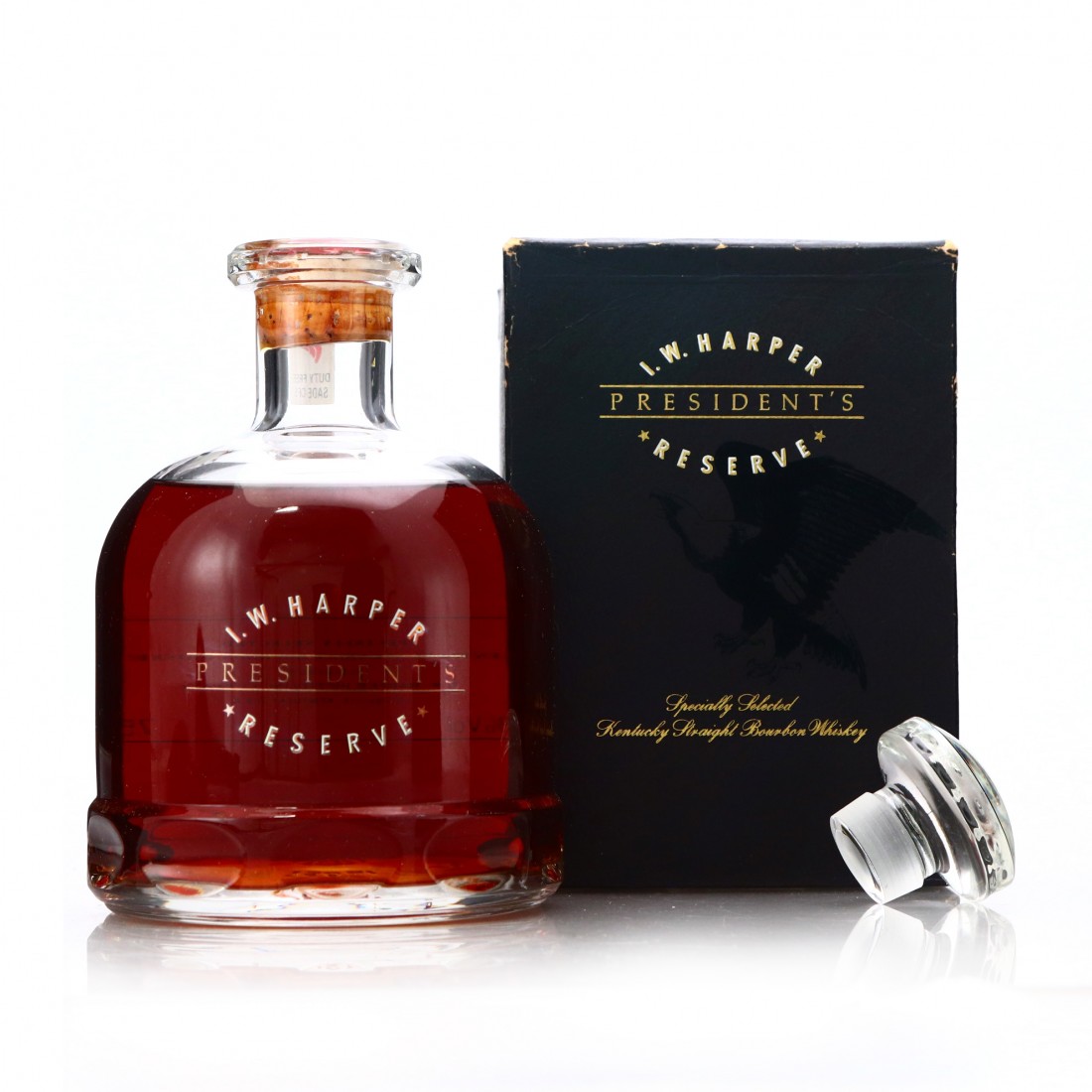 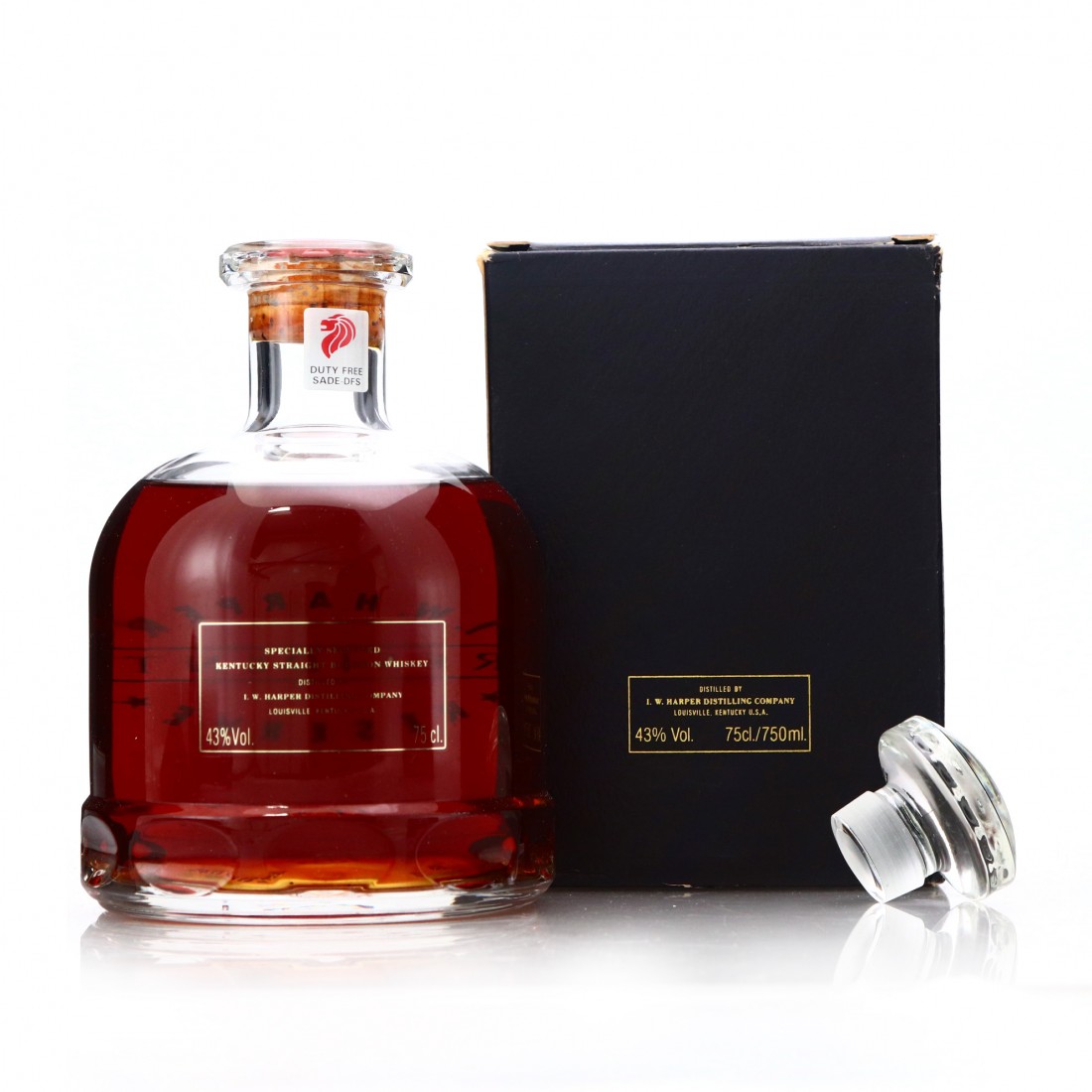 The I.W is named after Isaac Wolfe Bernheim, who founded the brand. With his brother he helped establish Louisville, Kentucky as a centre for Bourbon production.

Distilled at the Bernheim distillery, the President's Reserve was the premium addition to the range.

Bernheim is a historic Kentucky distillery. It was established by the Bernheim Brothers in the late 19th century, before passing into the hands of the Schenley company following the repeal of Prohibition. When Schenley were bought over by United Distillers in 1987, the distillery was rebuilt as the new owners looked to consolidate their production to a single facility. When United Distillers became Diageo in 1997, the new parent company were interested in bourbon, and sold the distillery to Heaven Hill.

Diageo continue to bottle I.W. Harper bourbon today, initially as an export brand. They relaunched the domestic product in 2015 however.