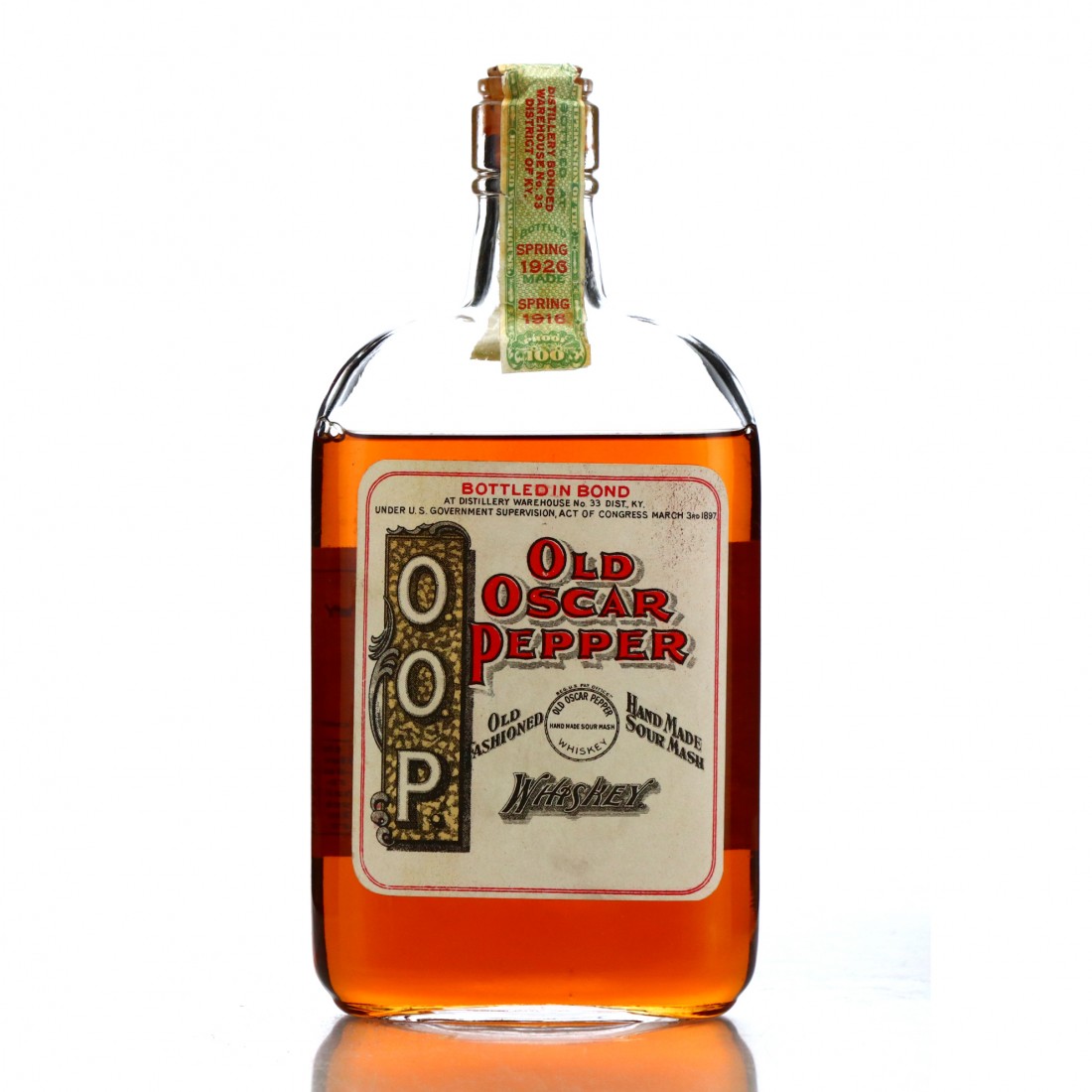 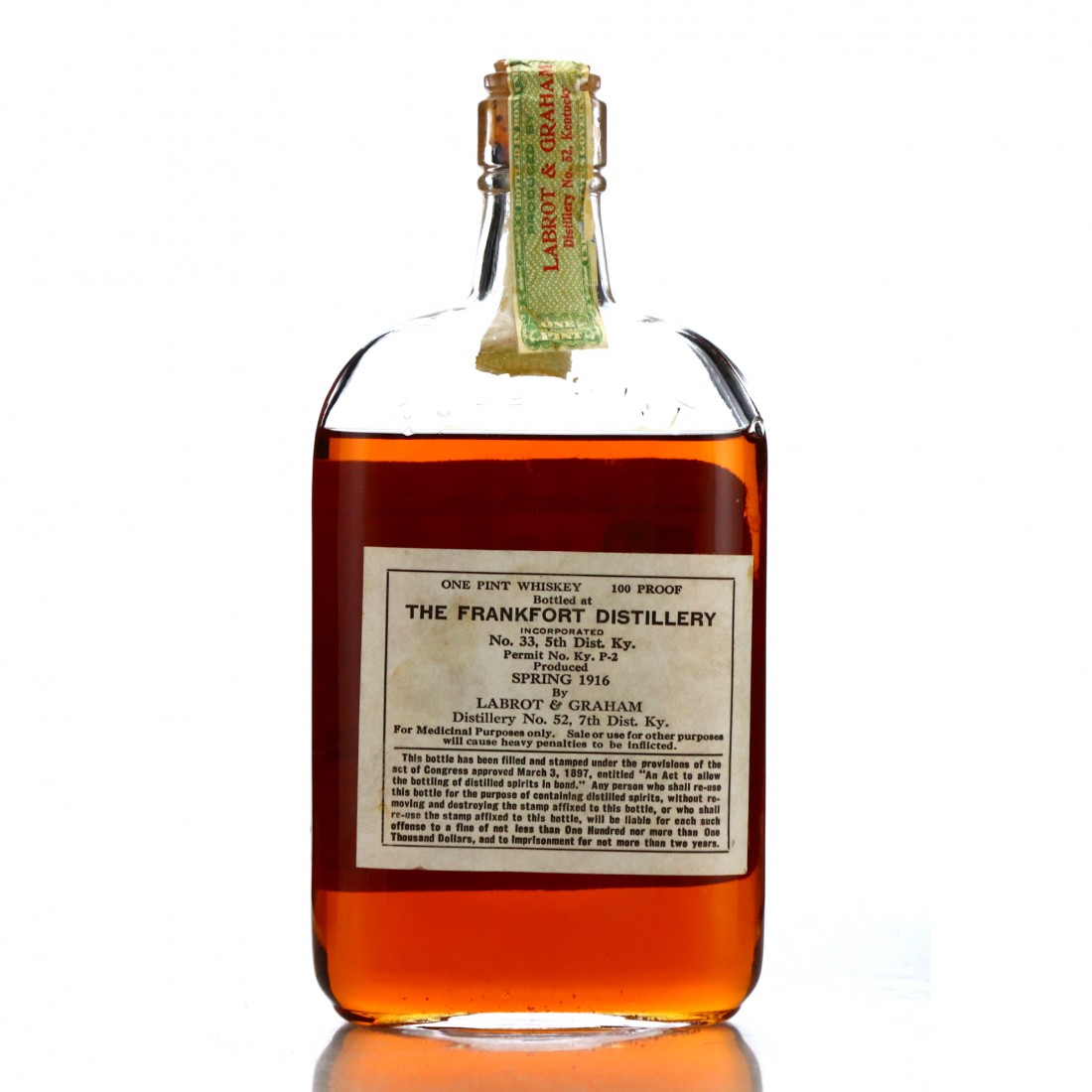 A fantastic example of a Prohibition era bottling of American whiskey. Although the Volstead Act of 1920 had banned all production, sale an consumption of alcohol in the US, a few select companies were able to acquire medicinal licenses that allowed them to continue bottling their warehoused stock. These medicinal bottlings could be prescribed by medical professionals, and bakers were also entitled to a weekly ration to cook with.

One of these companies was the Frankfort distillery. Built in 1902, the distillery was one of 6 companies to be granted a medicinal license, and subsequently bought up the stocks from many of those who did not. This included Labrot & Graham and its Old Oscar Pepper brand. This distillery had a rich history; it was built by Elijah Pepper, as the Old Oscar Pepper distillery in the early 1800s and lists James Crow, of Old Crow fame amongst its former Master Distillers. Colonel E H Taylor Jr also managed it for a time. It was revived in 1935 by R A Baker under the Labrot & Graham name, eventually being acquired by Brown-Forman in 1940. Despite then laying idle for many years, it was revived again in the mid-1990s as what we now recognise as Woodford Reserve.

The Frankfort distillery on the other hand, did not re-open after Prohibition. The company had been procured by Paul Jones & Co. in order to allow them to continue bottling the Four Roses brand. With stock stretched thin by the expanded portfolio by the end of 1920s, they contracted A. Ph. Stitzel to supply them with more from their ageing stock. This partnership saw Frankfort distillery eventually acquire the Stitzel plant in 1933, with its former owners opening the legendary Stitzel-Weller in Louisville two years later. By the late 1940s, the Frankfort distillery company had been acquired by Seagram's.

This was distilled in 1916 bottled in 1926, likely from some of the last of the Labrot & Graham whiskey in the warehouses. It was bottled in bond at the legal requirement of 100 US proof.