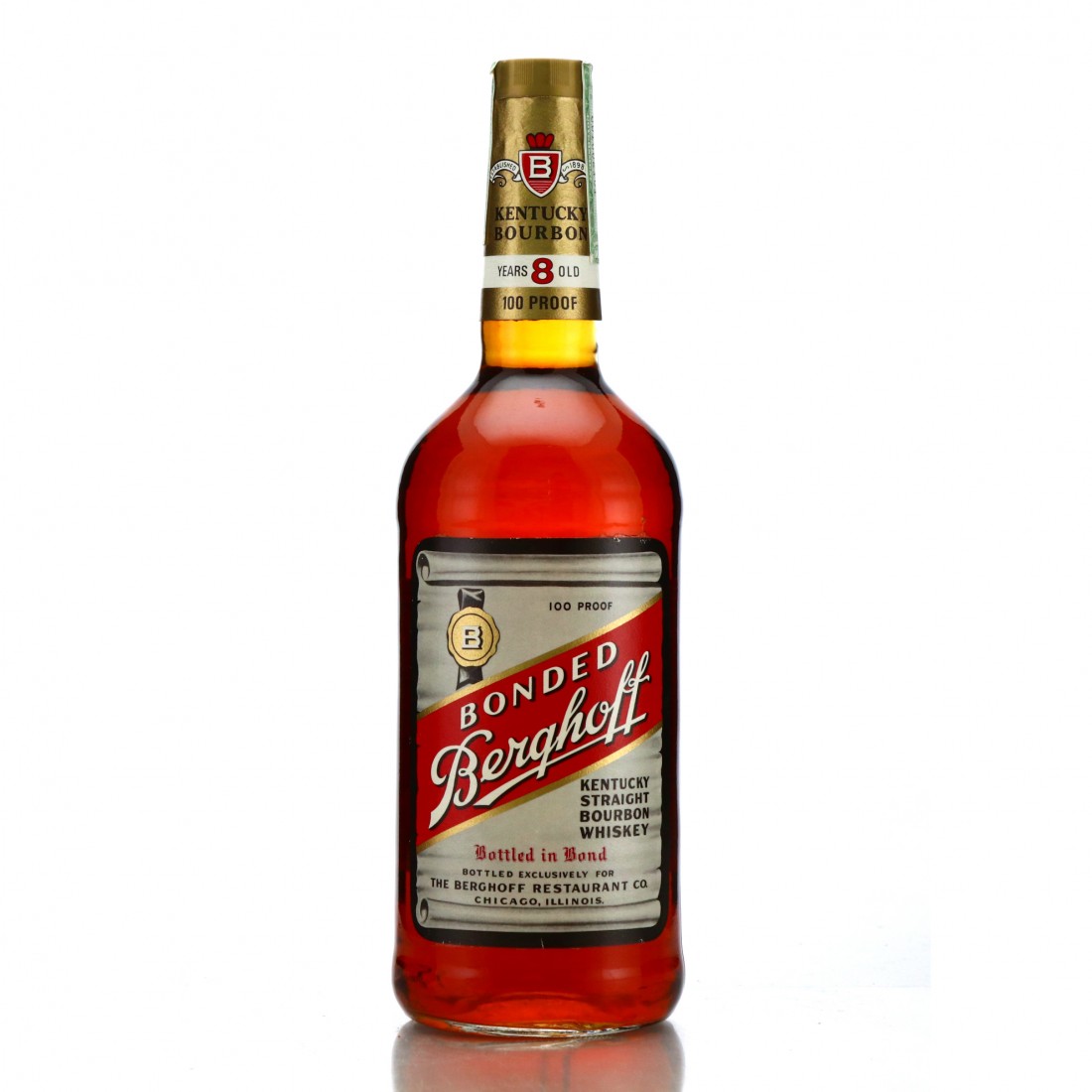 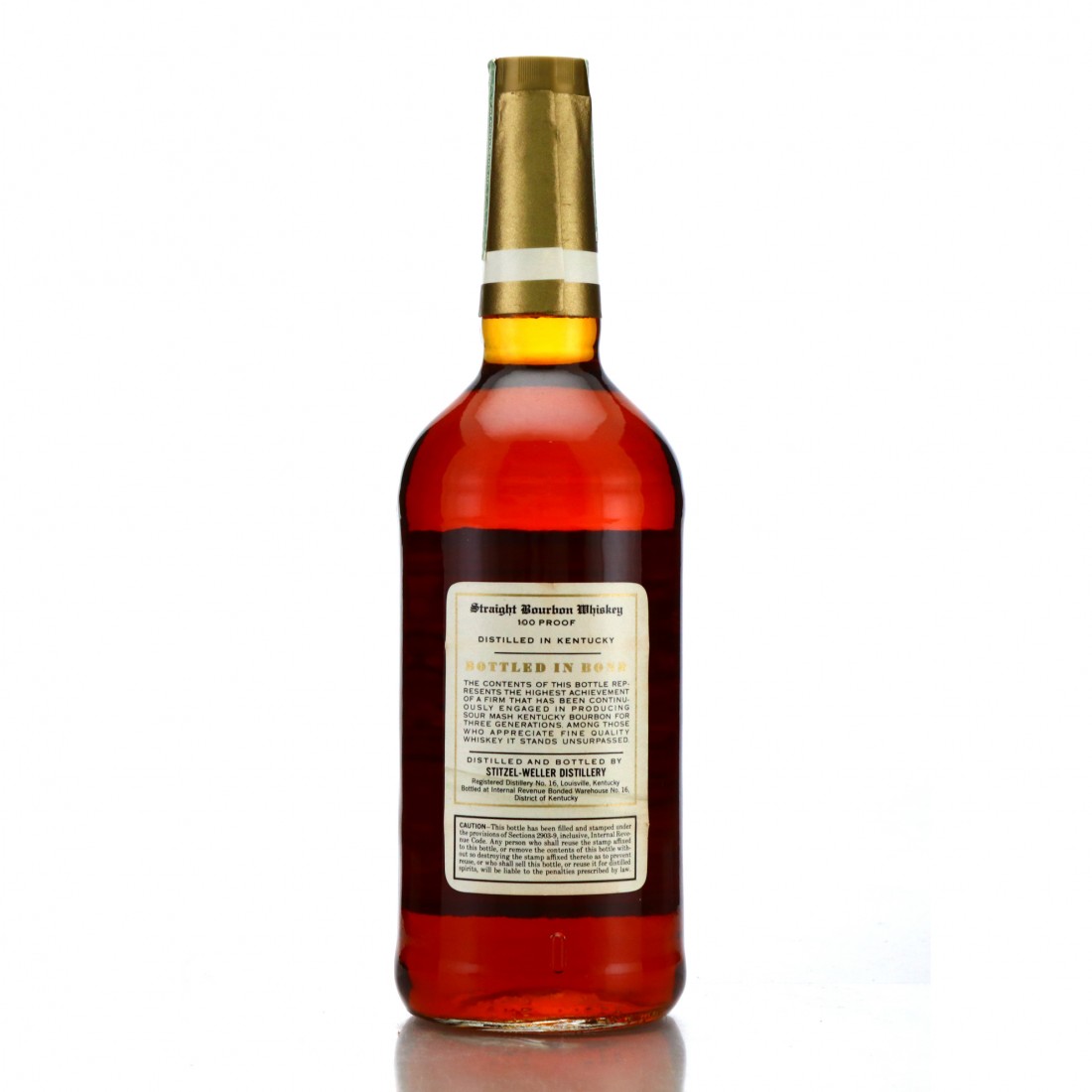 This is an 8 year old bourbon produced for Berghoff, a famous German restaurant in Chicago, Illinois. The diner has a long-association with Stitzel-Weller distillery, and they bottled a number of these for it over the years.

This Bonded Berghoff bourbon was bottled in 1980 by Somerset Imports. Unusually, the Berghoff bottles were always labelled with the historic Stitzel-Weller name, despite the plant having been renamed Old Fitzgerald by its owners.