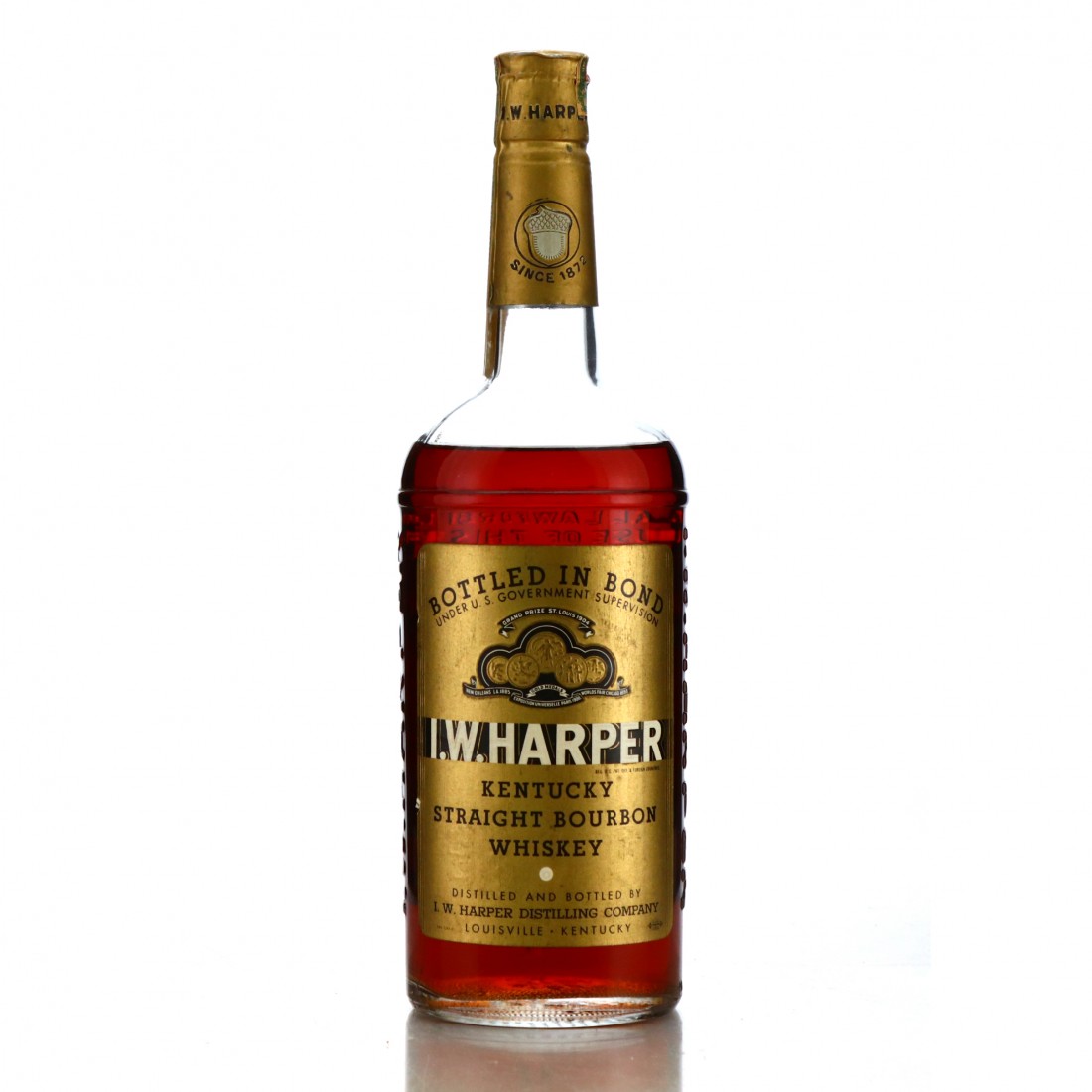 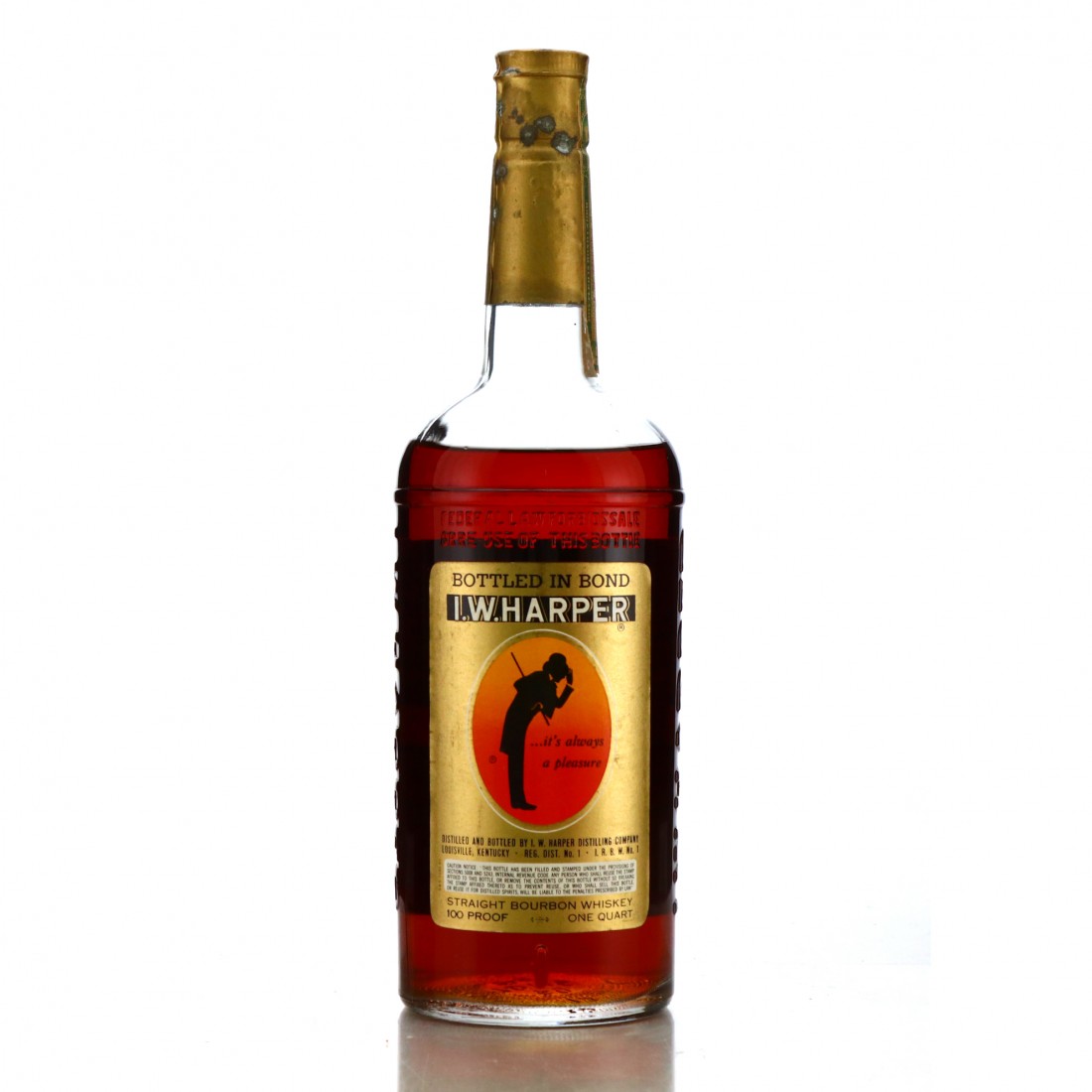 The I.W. prefix in this whiskey's name derives from Isaac Wolfe Bernheim, who founded the brand. With his brother he helped establish Louisville in Kentucky as a centre for Bourbon production. Sadly, he felt Harper was a more marketable name than his own to apply to the bottles.

A Bottled in Bond release, this was distilled at Bernheim by Schenley in 1955 and bottled in 1960.