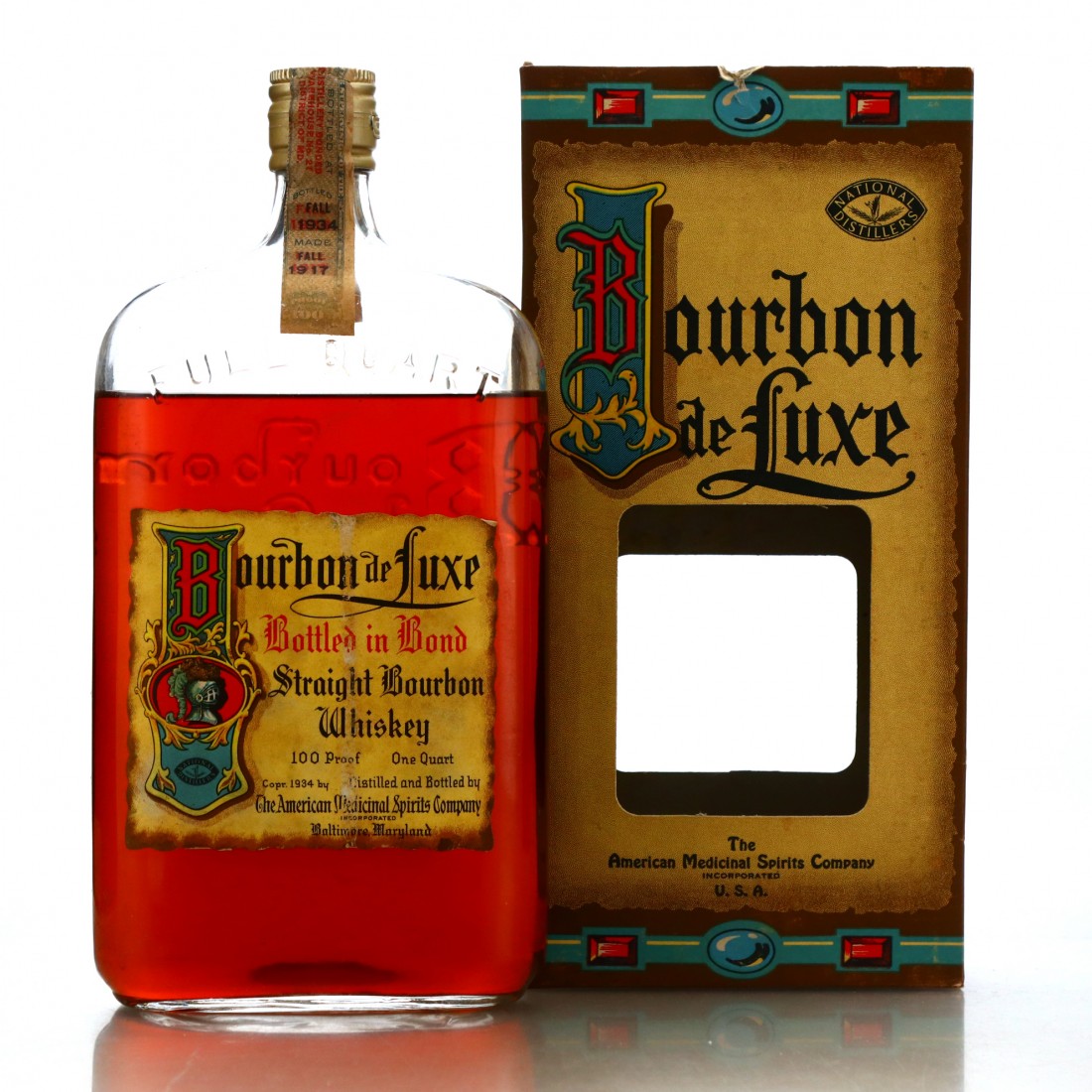 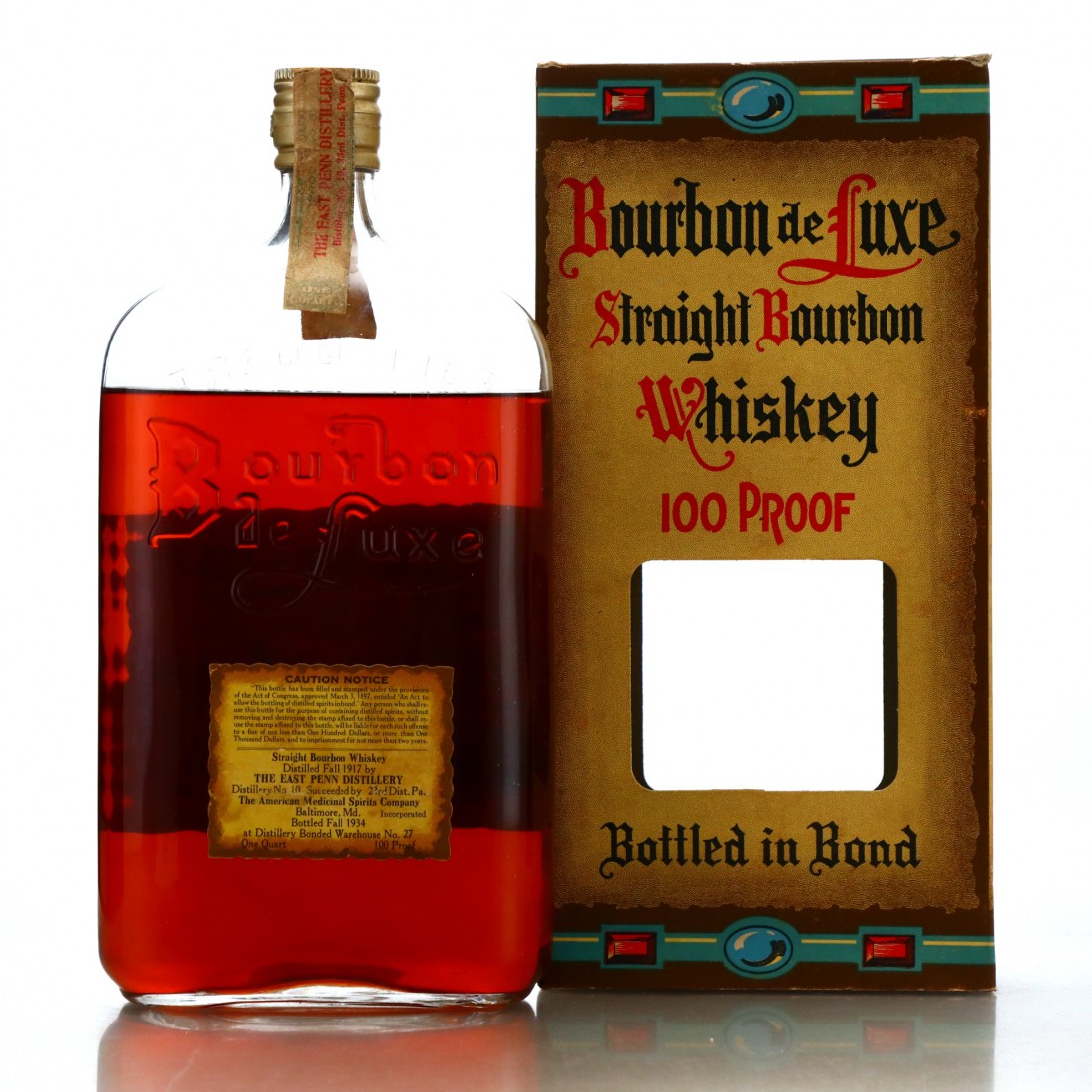 Distilled in 1917, this straight bourbon whiskey was protected in bond by the American Medicinal Spirits Company from the Prohibition Act of 1920, which made alcohol production and consumption illegal.

This was bottled in 1934, a year after the Prohibition act was repealed. The whiskey was produced by East Penn Distillery, no. 10 in the 23rd district of Pennsylvania. 1934 was the same year in which National DIstillers acquired the Bourbon de Luxe brand, so this is likely one of the earliest examples.