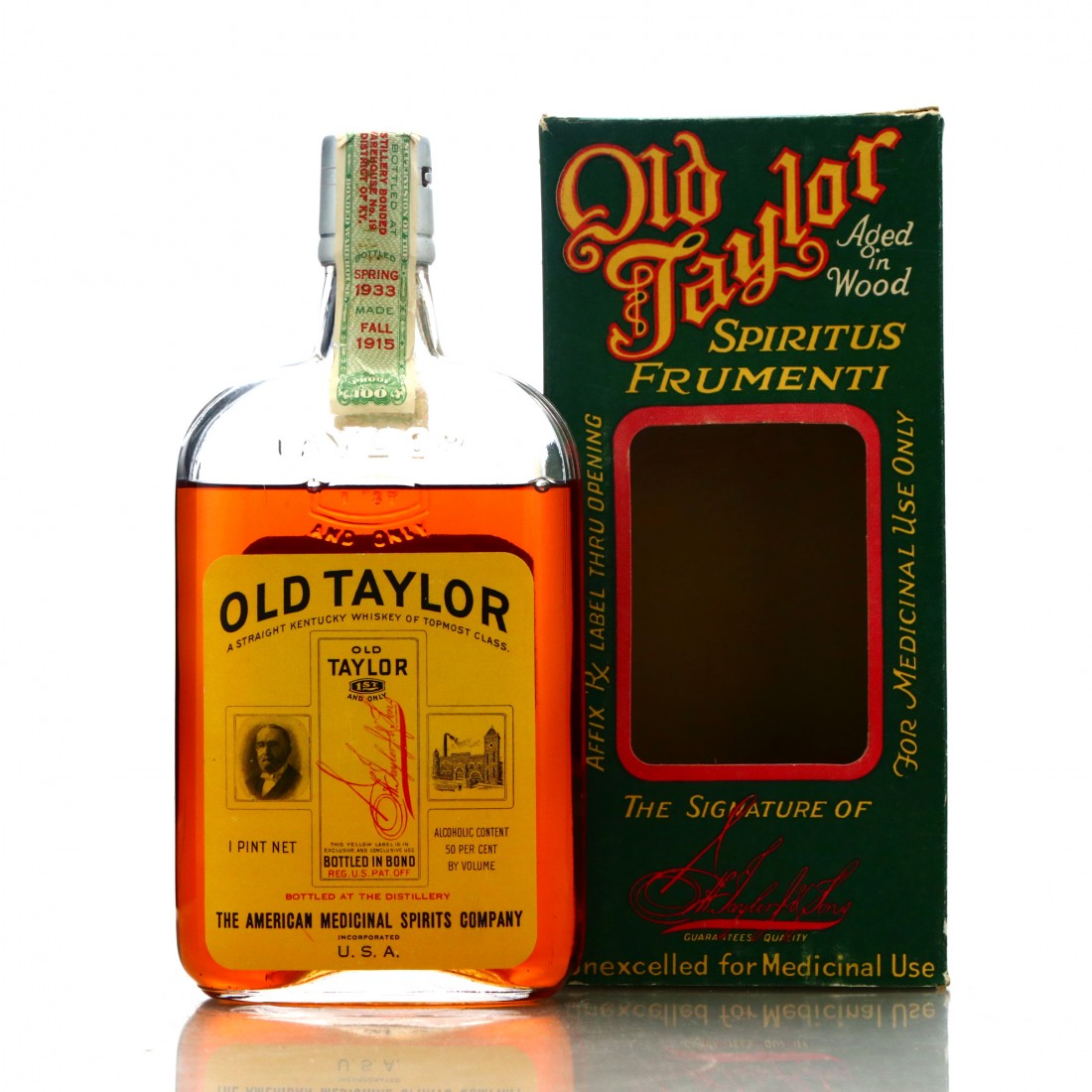 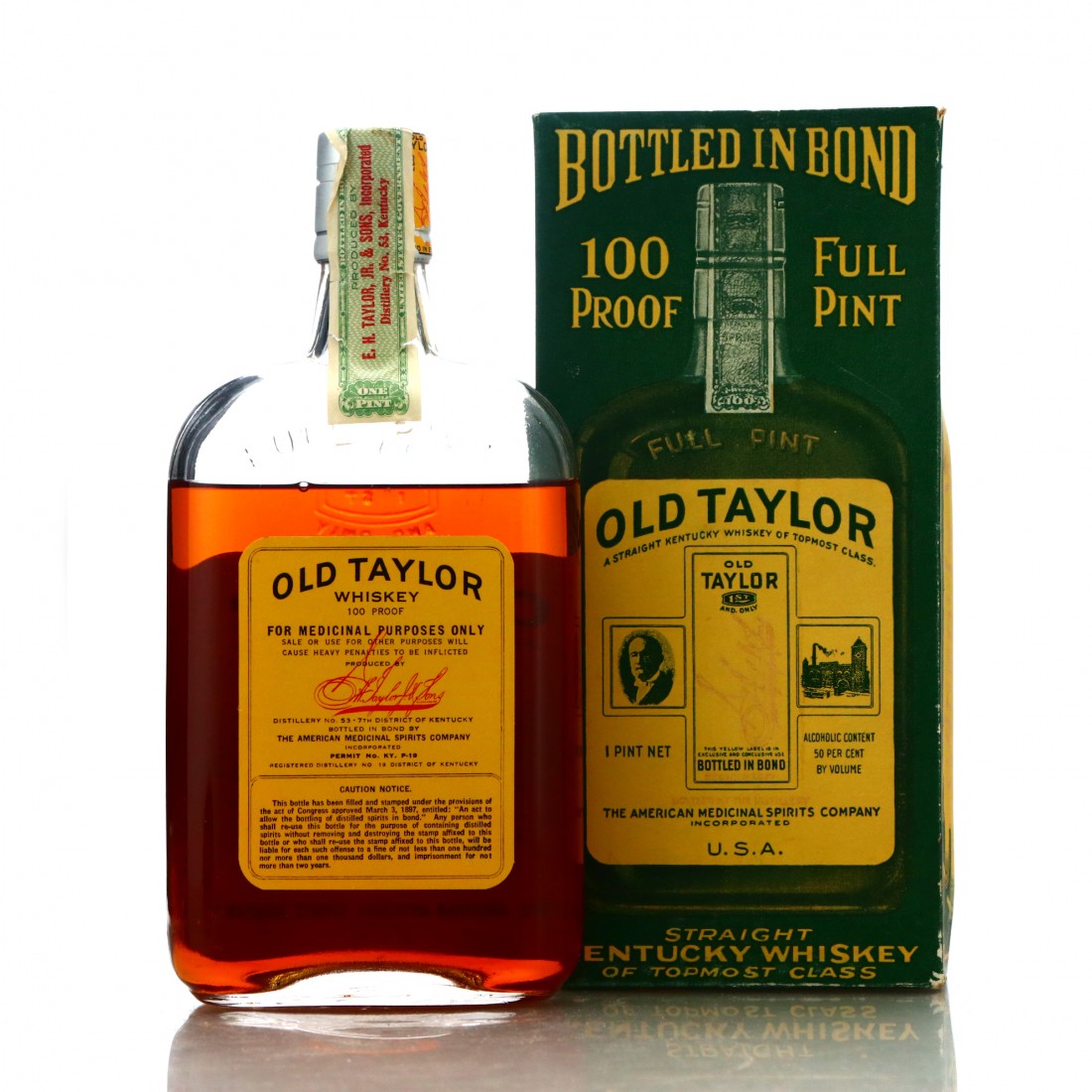 This was distilled at the Old Taylor Castle distillery in Frankfort in 1915. It closed the following year due to the Lever Food & Fuel Act and did not re-open until acquired by the American Medicinal Spirits Company in 1927. They bottled this during Prohibition in 1933 using their medicinal license.

The American Medicinal Spirits Company was one of only six distilling companies to survive Prohibition of the 434 that existed prior. Exploiting the medicinal loophole was the brainchild of Otto Wathen, then president of his father's R.E. Wathen distillery and it was an idea that continues to prove its value today in the persisting image of his still ever-popular portfolio, which included the bourbon classic, Old Grand-dad. The AMS Co was eventually taken over by National Distillers who reorganised it in 1927, incorporating their Kentucky Distilleries & Warehouse Co, R.E. Wathen & Co, Hill & Hill, and E.H. Taylor & Sons.