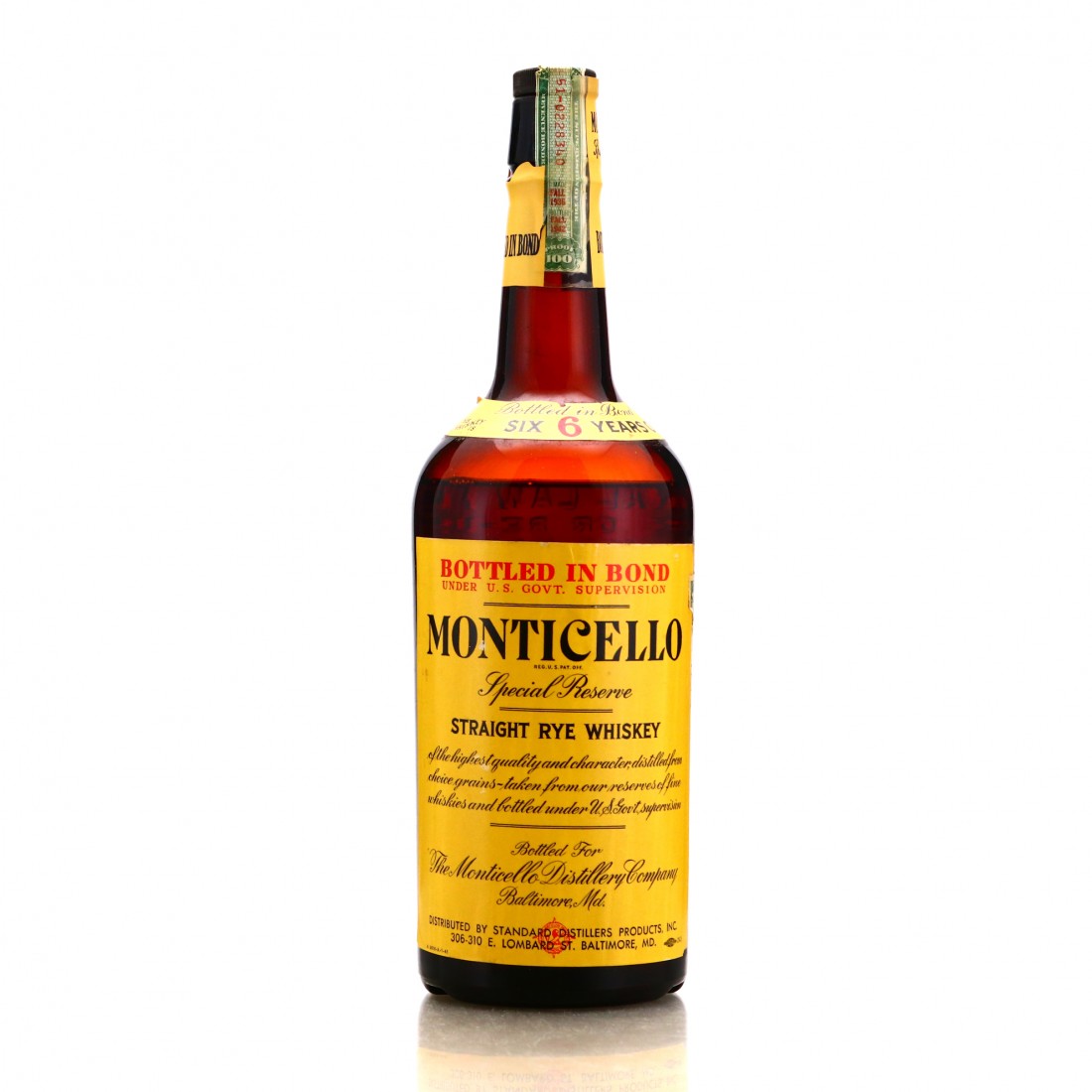 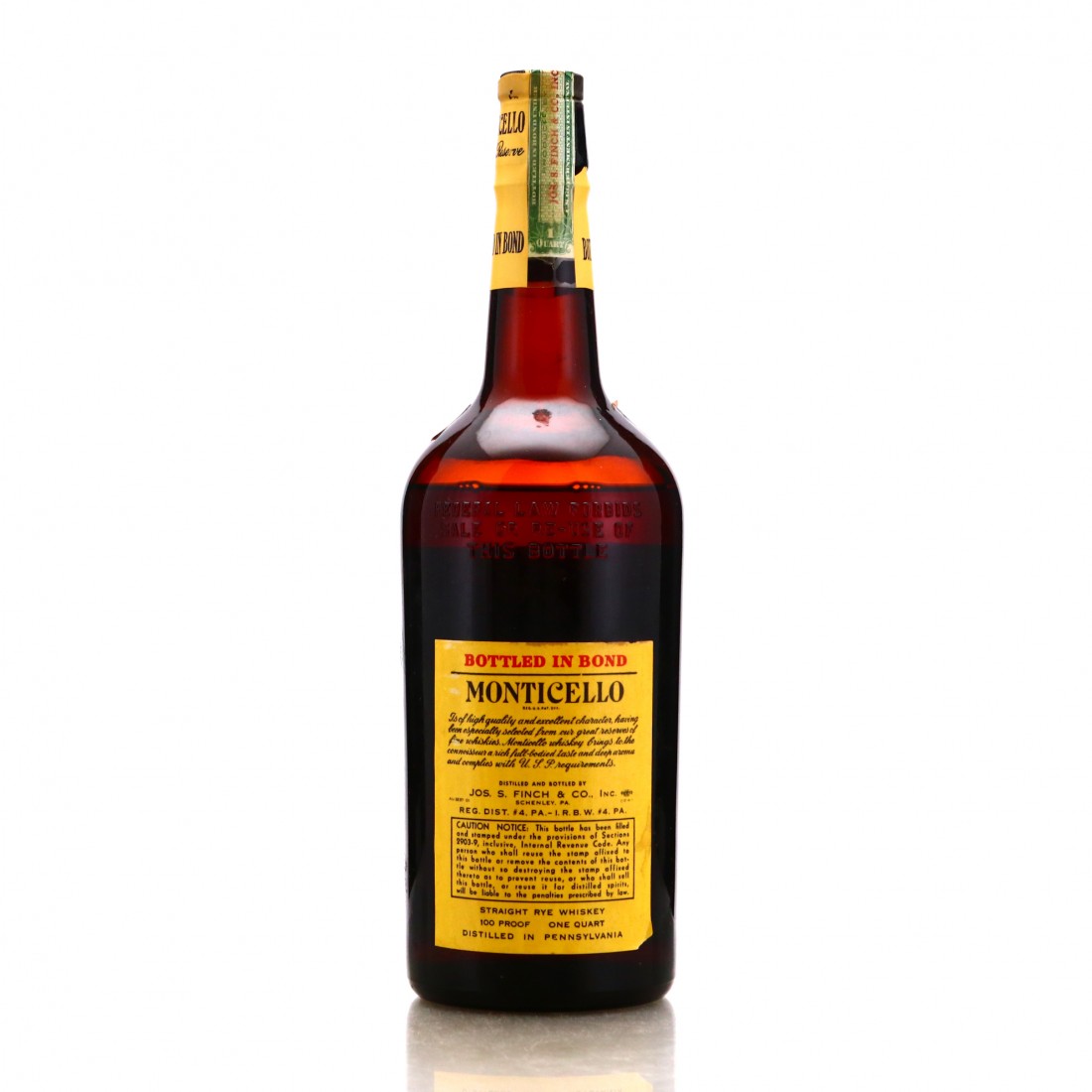 This 1936 vintage straight rye is an example of the Monticello brand from Schenley.

Bottled in 1942, this was produced at their Jos. F. Finch distillery. The Finch distillery was built in 1856, and acquired by Schenley during Prohibtition. After repeal, it became the home of their Golden Wedding brand until it was eventually closed down in 1968 as the company concentrated production in its larger facilities elsewhere.