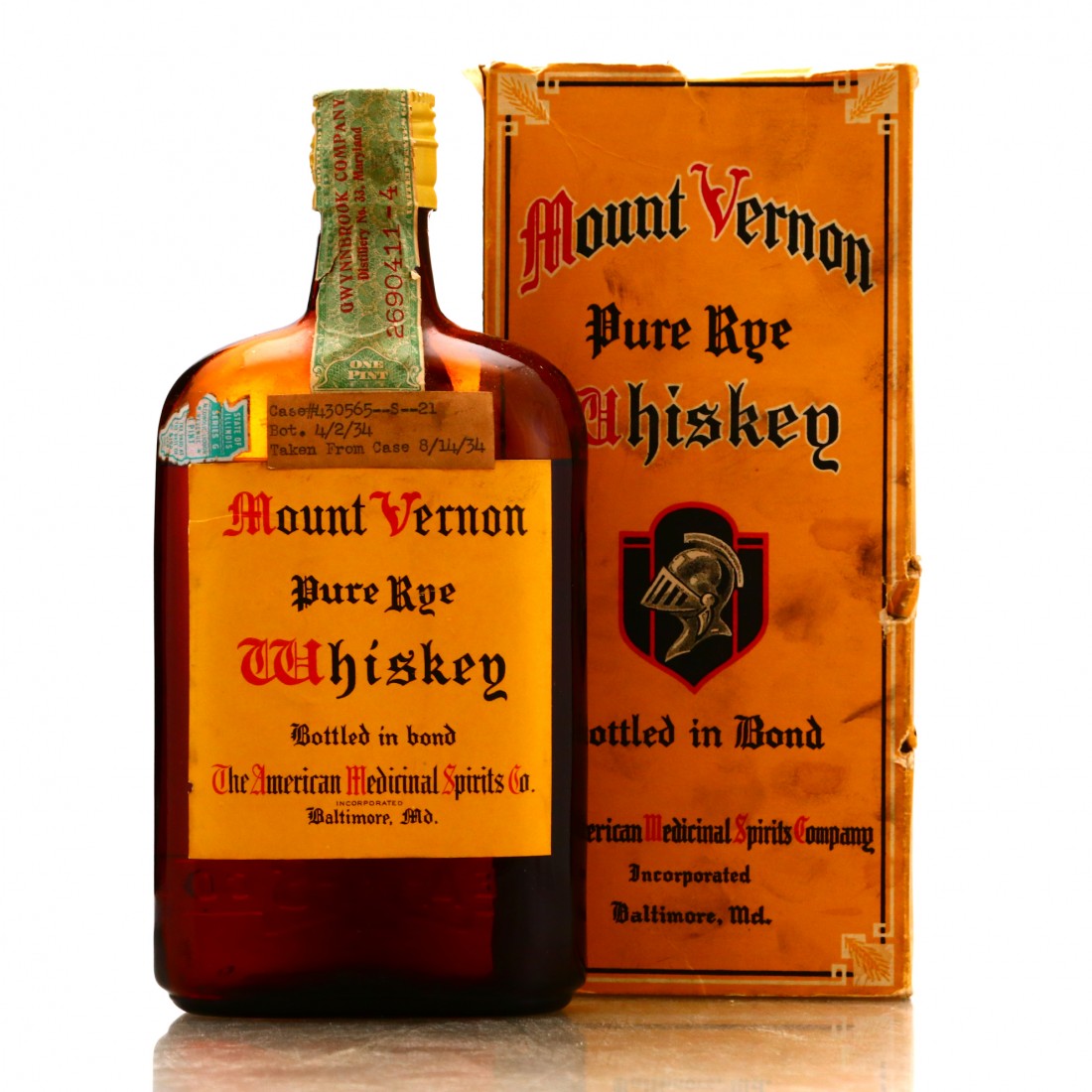 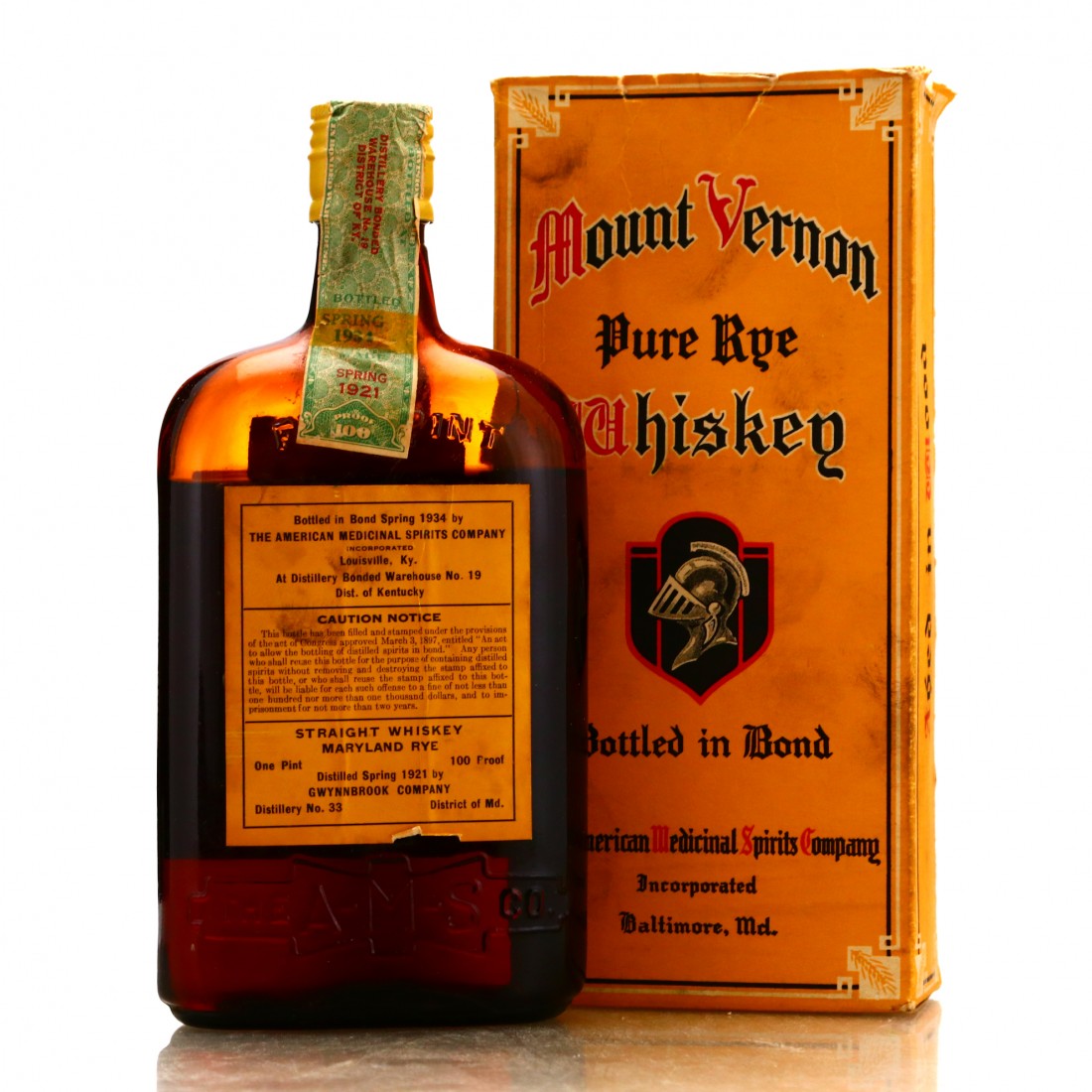 Distilled in 1921, this rye whiskey was protected in bond by the American Medicinal Spirits Company from the Prohibition Act of 1920, which made alcohol production and consumption illegal. Interestingly, distilling was illegal at this point, so it is unclear if the tax strip is erroneously labelled, or if the Gwynebrook distillery where this was produced, managed to remain active for a brief period before the new law was properly enforced.

Mount Vernon Rye was produced by the Hannis distilling company and is named after the small distillery owned and operated by first president of the US, George Washington. Along with Pikesville, it was once the pride of Maryland distilling.

The American Medicinal Spirits Company was one of only around 30 distilling companies to survive Prohibition of the 434 that existed prior. Exploiting the medicinal loophole was the brainchild of Otto Wathen.

The AMS Co would go on to become part of the National Distillers corporation, who were consolidating interests in the whiskey business in the late 1920s under the assumption that repeal of the Prohibition act was on the horizon. Along with Old Overholt, Mount Vernon became one of their big four brands, leading sales volume well into the late 1950s.