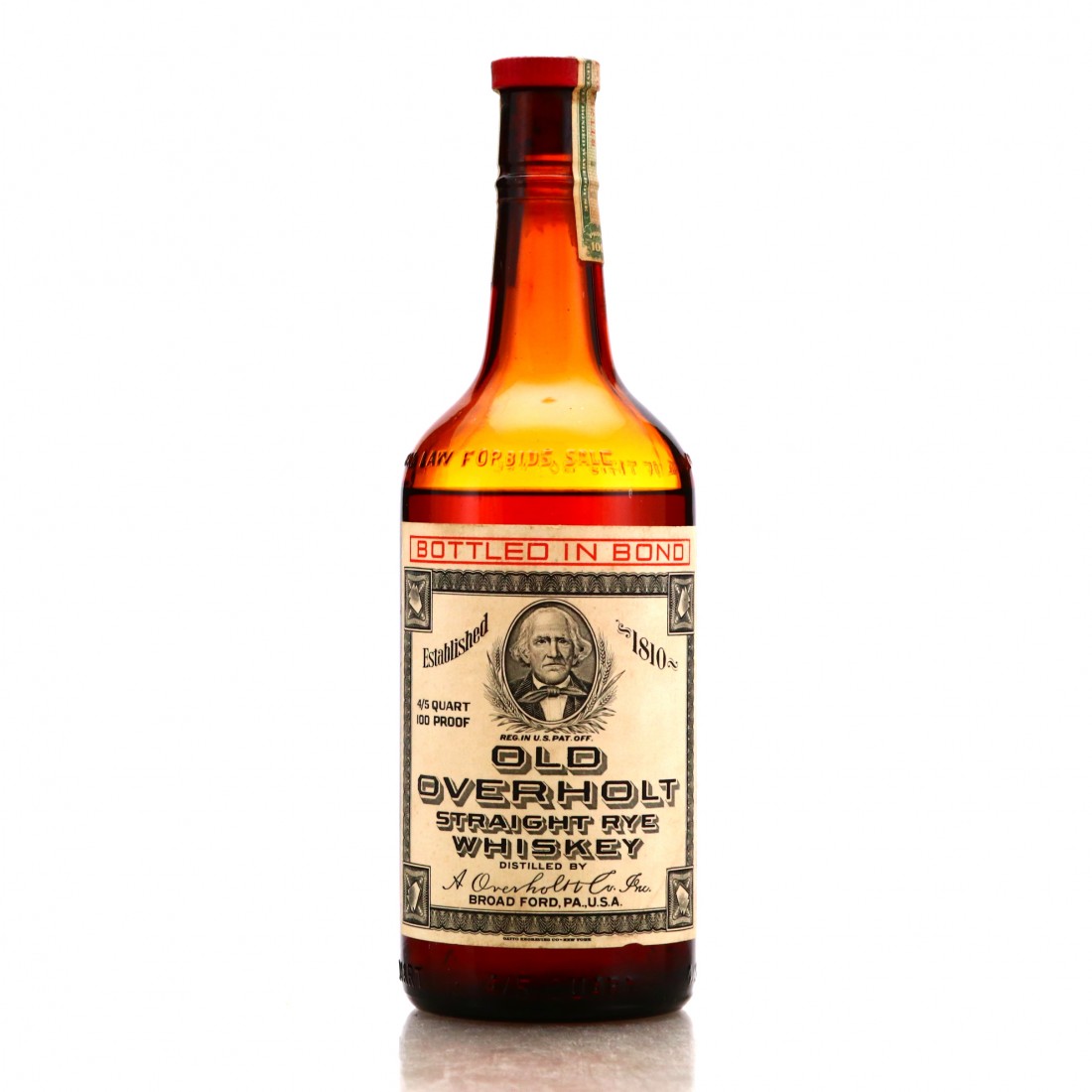 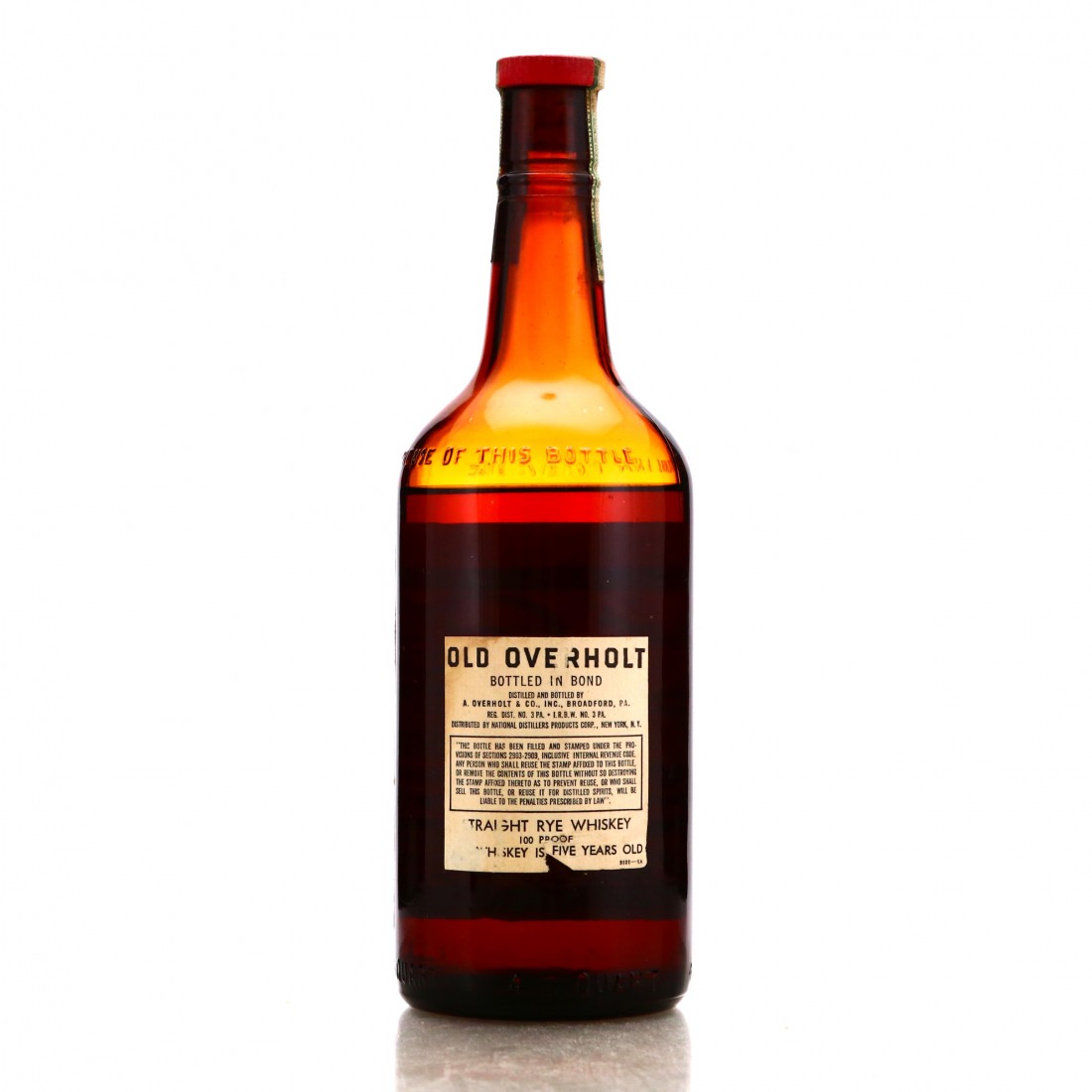 The Old Overholt brand is a legend in the world of American whisky, established all the way back 1810. This bottle was distilled in 1935 at the Overholt distillery in Broad Ford, PA.

During prohibition, a company called the American Medicinal Spirits Co, run by Otto Wathen, acquired a number of distilleries and brands with which to bottle whiskey using its medicinal license. Distilling new whiskey was banned, so the American Medicinal Spirts Co used their increasing financial muscle (backed up by the reincarntion of the infamous Whiskey Trust, now called National Distillers) to consolidate much of America's whiskey. This included the acquisition of the Old Overholt brand, which they bottled using whiskey from Broad Ford and from the nearby Large distillery.

After the repeal of Prohibition, National Distillers took over the AMS Co completely, and continued to bottle the Old Overholt brand for much of the 20th century. Initially the Overholt distillery was re-opened, but was eventually shut down again in 1951. Distilling then moved to Large for the remainder of the 1950s before it too was closed down.

Old Overholt still exists today, produced alongside Old Grand-dad by Jim Beam, who acquired both of 'The Olds' from National Distillers in 1987.

This is a bottled in bond product, with a legal requirement to state both the site of distillation and bottling, and to be filled at 100 US proof, as set out by the Bottled in Bond Act of 1897.