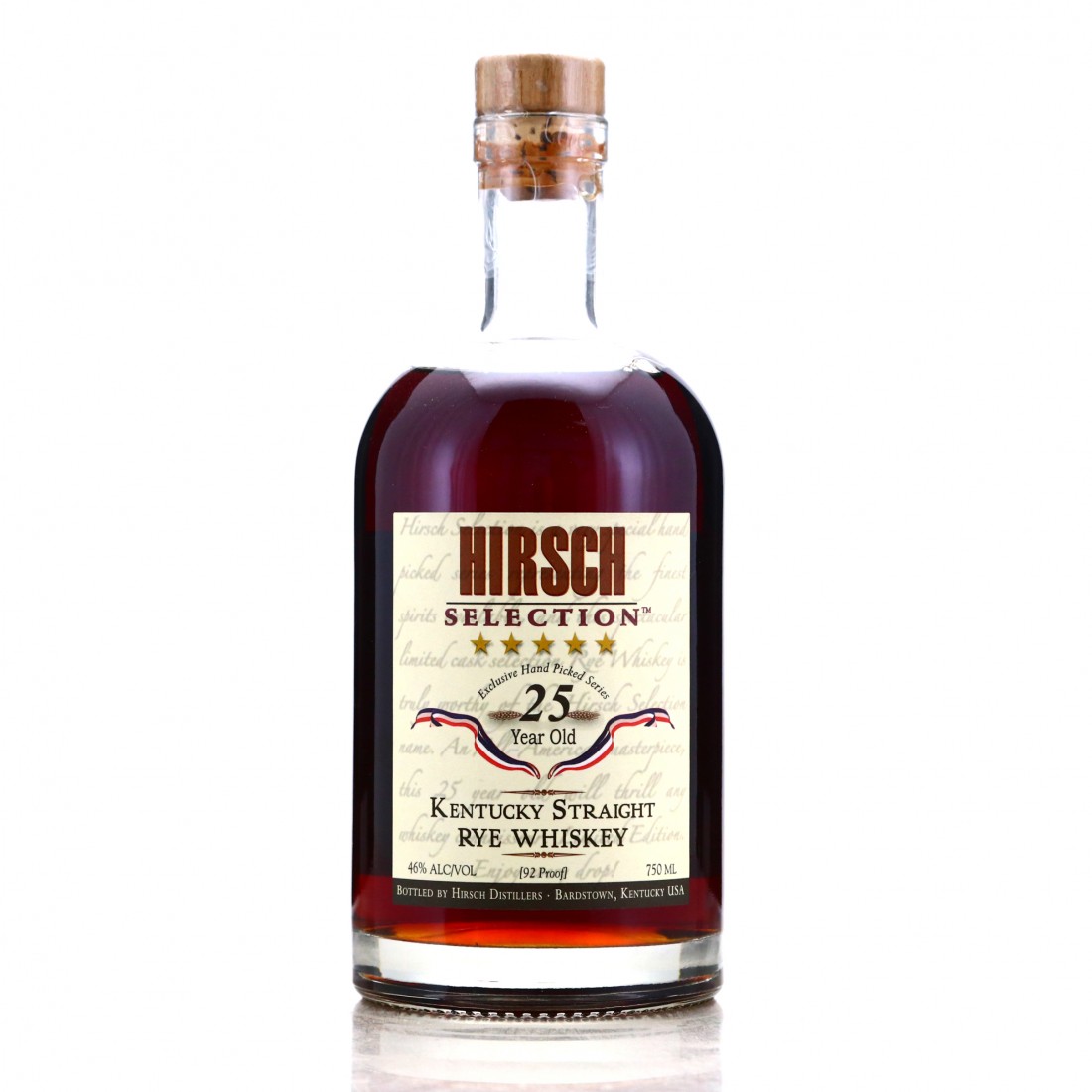 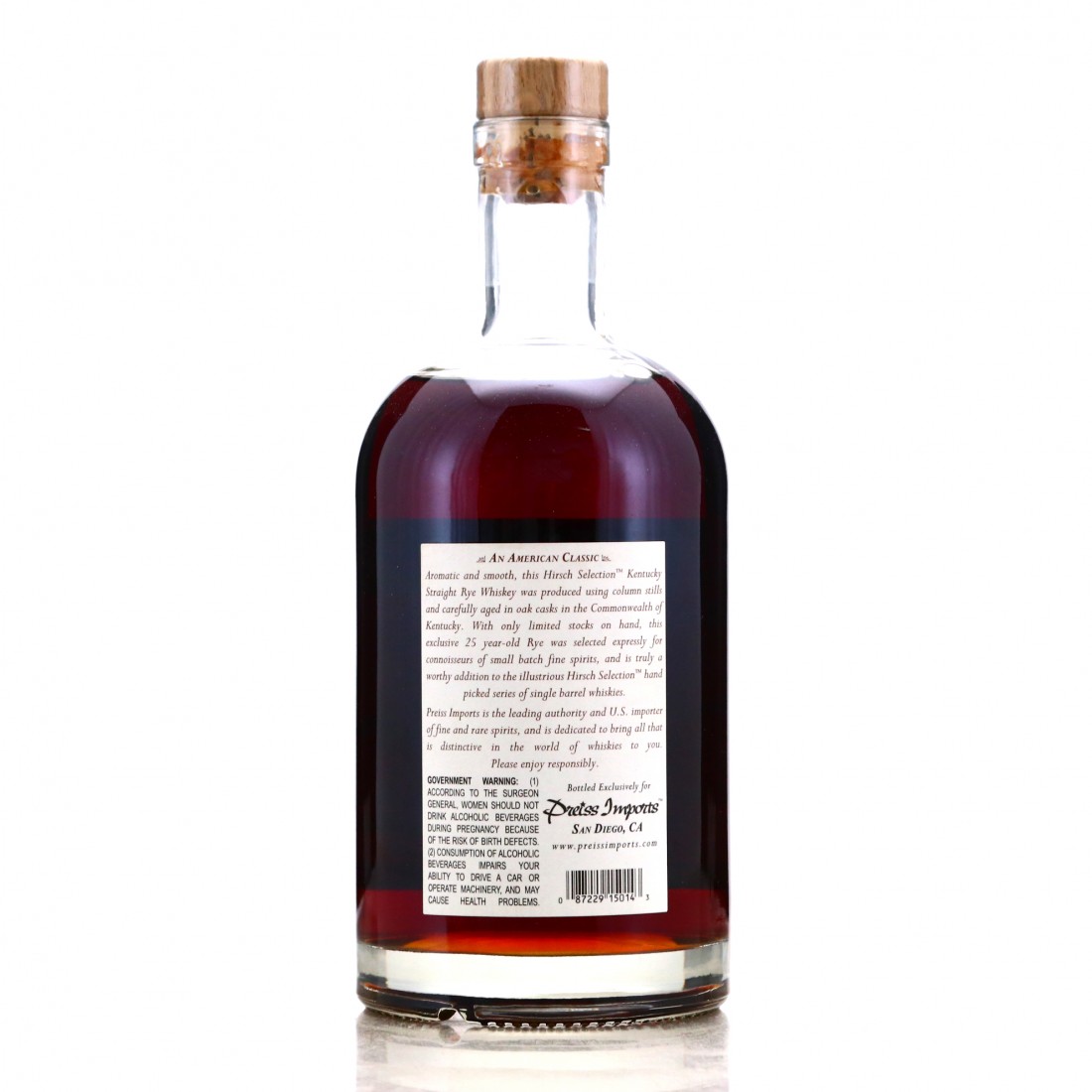 Hirsch Selection is a brand of American whisky from Preiss Imports, who purchased and botted the majority of the the original A.H. Hirsch Reserve, and is intended to evoke and honour that legendary batch of bourbon.

This is a 25 year old rye, bottled for Preiss by Kentucky Bourbon Distillers. KBD are the owners of the Willett distillery in Bardstown, and the company was established in 1984 after the distillery closed.

They originally bottled the remaining barrels of 1970s-distilled stock, however as that gradually diminished, they began sourcing barrels from other producers in order to replenish it, becoming one of the most important independent bottlers in Kentucky. The majority of their barrels were believed to have come from neighbouring Heaven Hill, and with these casks they developed a wealth of important brands, including the Willett Family Estate, Noah's Mill and Rowan's Creek. In addition, they contract-bottled brands for other companies, such as the Very Olde St Nick and Black Maple Hill brands. Revered for the quality of their whiskey, their products have become some of the most collectible to come out of Kentucky.

This is believed to have been bottled from a legendary batch of rye whiskey distilled by Schenley at Buffalo Trace when it was still known as George T. Stagg. It was distilled in the early 1980s with the intention of releasing a rye line for its popular Cream of Kentucky brand. The company lost interest in this however, and the casks were left to age far beyond the normal period for such whiskies. To the surprise of many, it turned into an exceptional product and has produced many legendary bottlings, in particualar the Sazerac 18 year old. Quite a number of barrels ended up in the warehousese at Willett, where KBD used them for several brands, including this, the Willett Familty Estate, Black Maple Hill, and early examples of the Michter's revival.