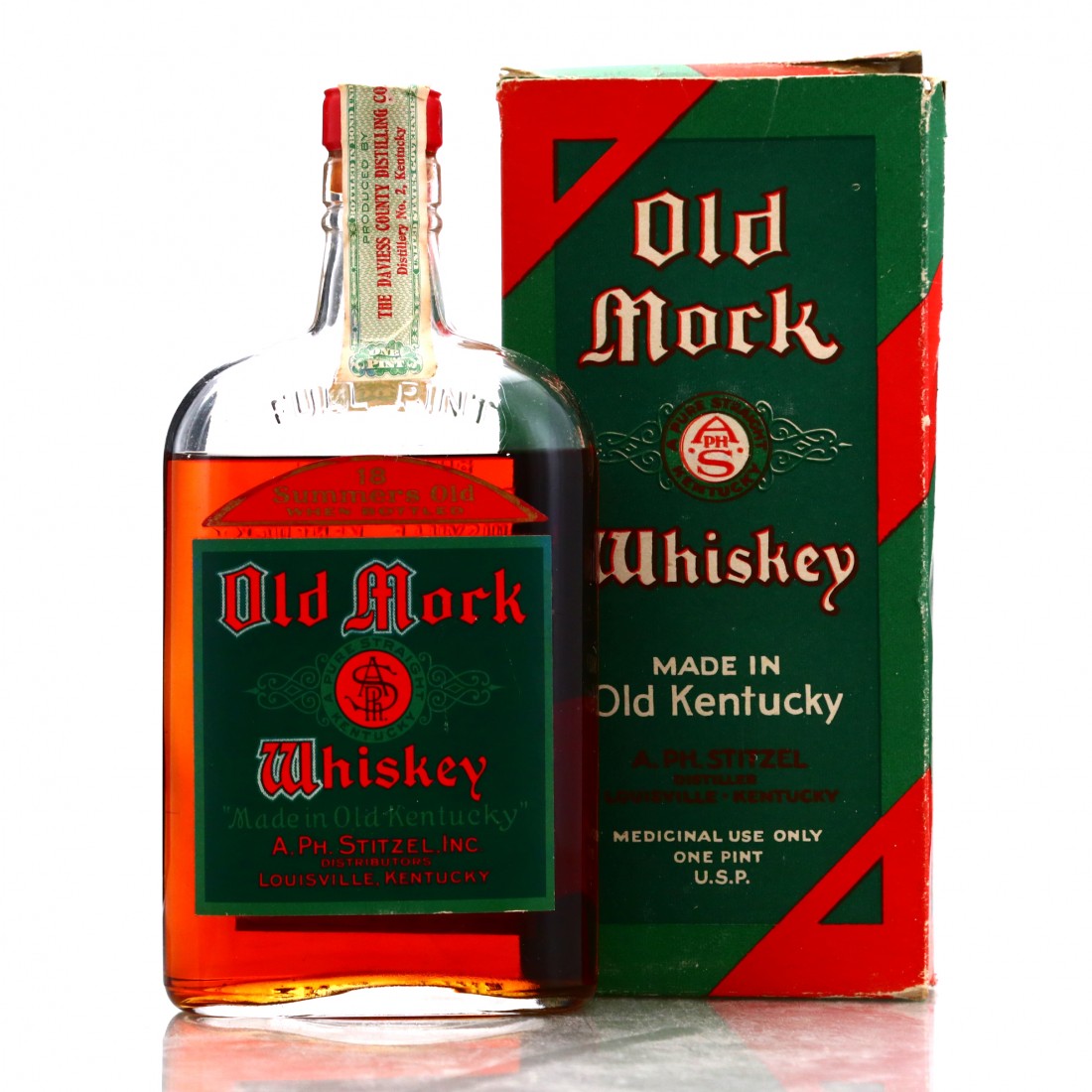 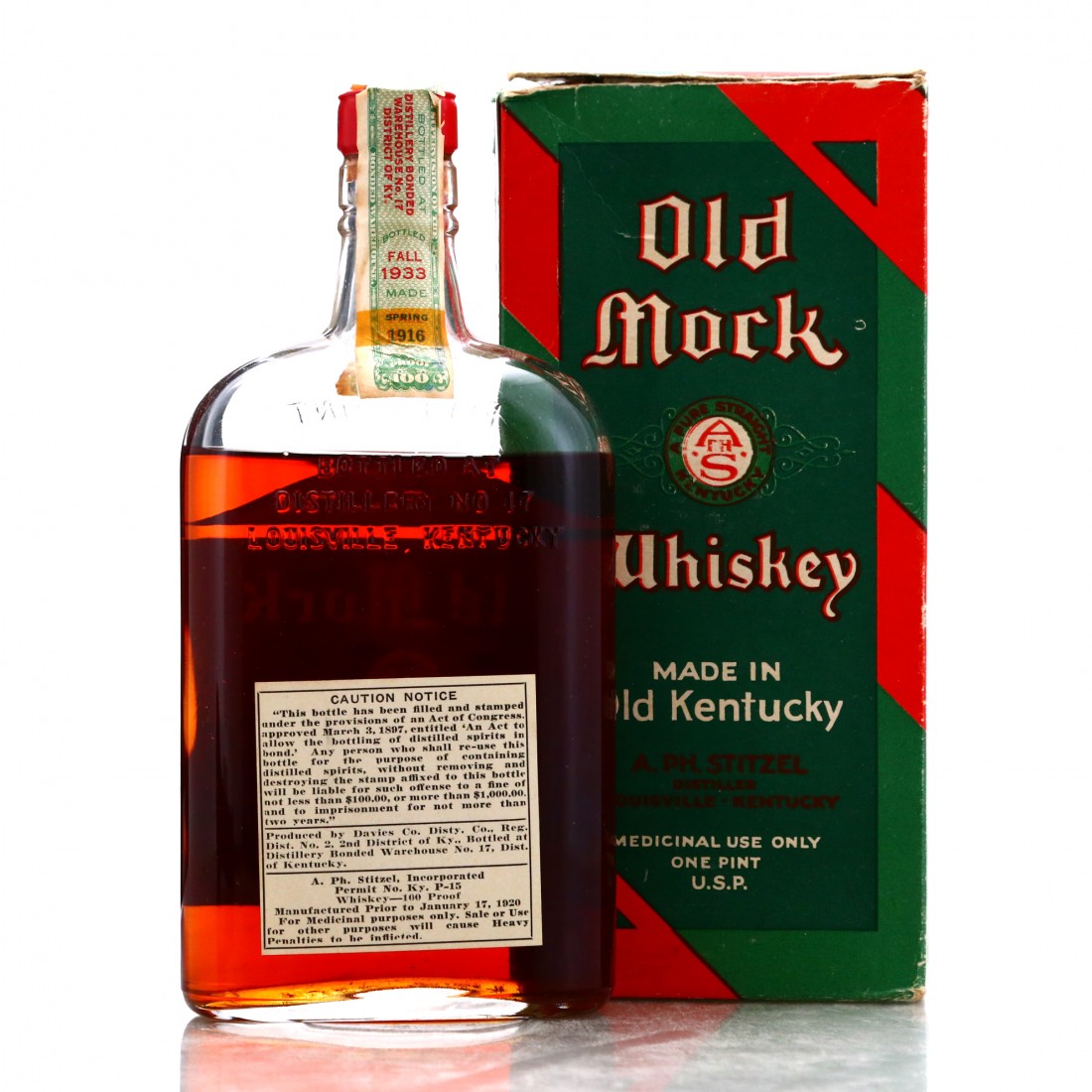 One such company was A. Ph. Stitzel Inc, who procured this particular barrel from the Daviess County Distillery (registered distillery 2 in the 2nd district of KY). This distillery was one of the majority that were forced to close after prohibition was enacted. Records show that most of their stock was purchased by the American Medicinal Spirits Company, but some reached smaller companies like A. Ph. Stitzel as well, who bottled this using their Old Mock  brand.

A. Ph. Stitzel survived Prohibition, and was one of the few to emerge with a functioning distillery, refinancing themselves after the difficult 13 dry years by contract distilling for other companies as well, including the juggernaut Schenley corporation. They would of course would go on to merge with Julian 'Pappy' Van Winkle's W.L. Weller company to create the legendary Stitzel-Weller. The "18 Summers Old " phrase on this label was a persistent motif on Stitzel-Weller bottlings too, and can also be seen on some modern Van Winkle bottlings.

Bottled in 1933, shortly before repeal, this includes the standard "medicinal purposes" only label, guaranteeing a pre-January 1920 distillation date.