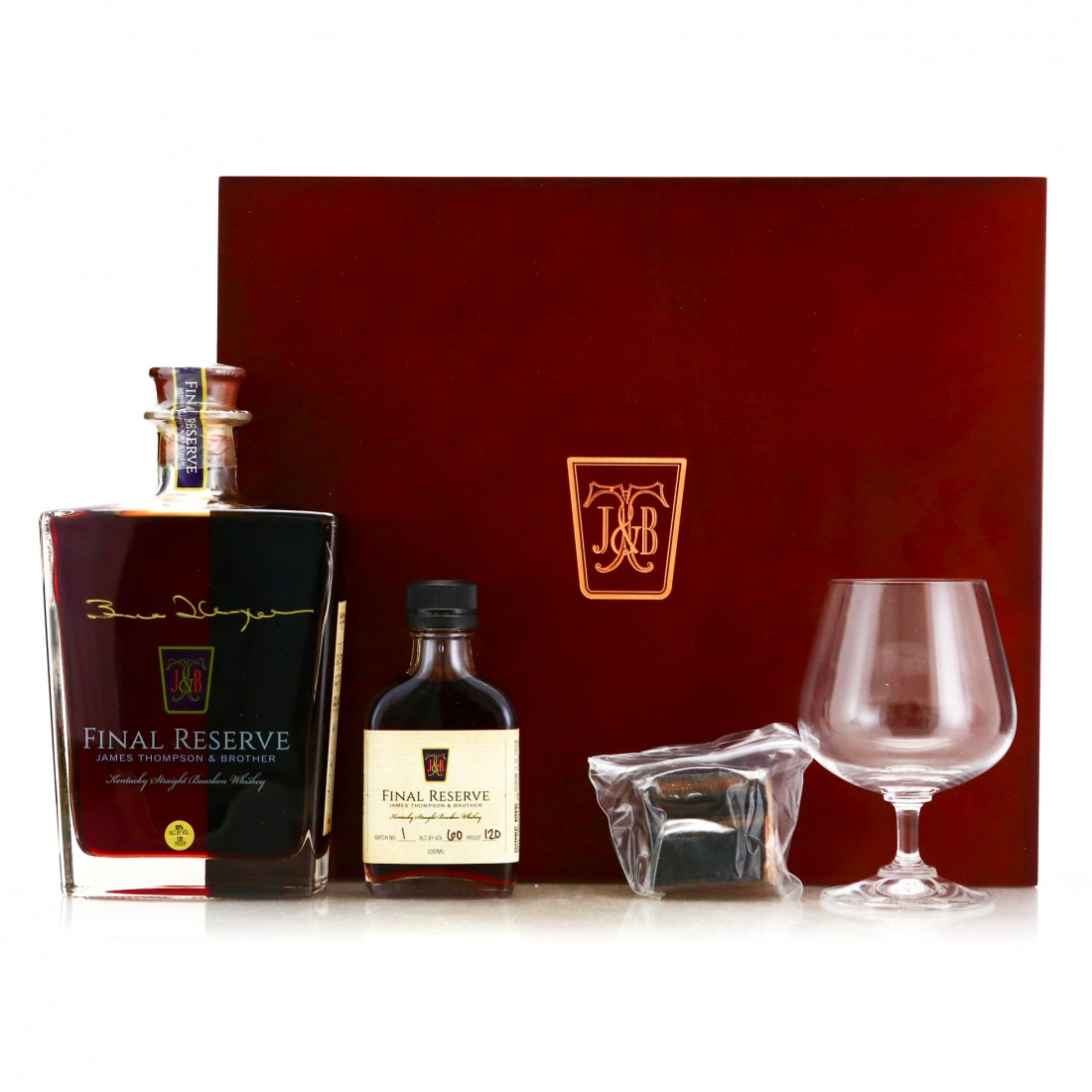 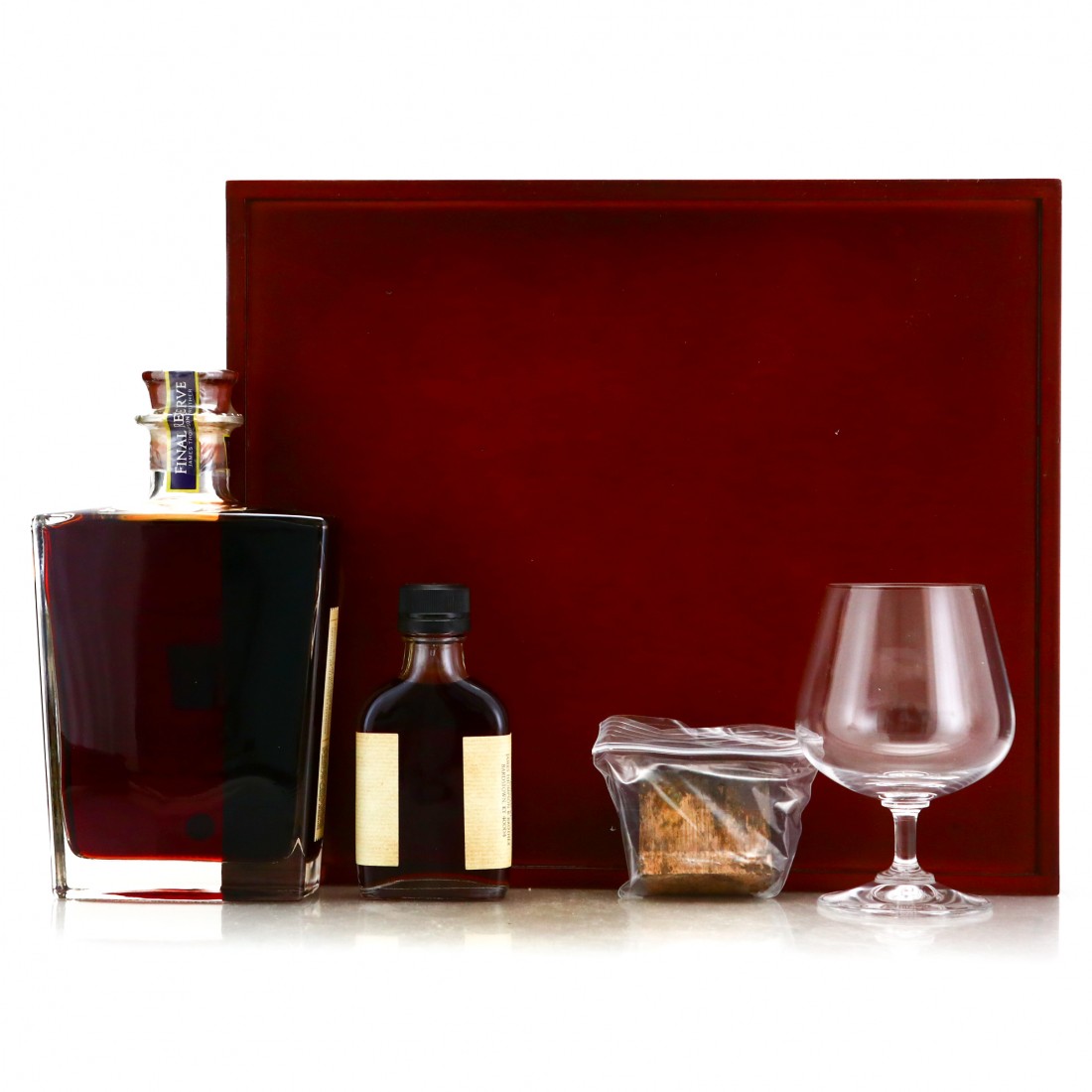 A fantastically well aged bourbon, distilled in 1970 at Yellowstone distillery in Louisville, KY, 15 years before it shut down.

Bottled by James Thompson & Brother in March 2018, this was the first release of their The Final Reserve.

The Thompson family have a rich distilling history, former proprietors of Glenmore distillery as well. This bourbon continues this history, as one of the oldest bourbons ever bottled. The casks were set aside by the family for a special commemorative bourbon, however this never materialised after they sold thier company to United Distillers in 1991. Instead, they casks were left to develop to this incredible age.

James "Buddy" Thompson recommends drinking this as bottled, but also suggests adding a drop or two of sherry to soften the tannins and smooth out any harshness should you prefer it that way.

This bottle was launched at the Frazier Museum in Louisville, and the presentation includes a 10cl sample bottle of the same liquid, a drinking glass, and a section of the barrel stave.