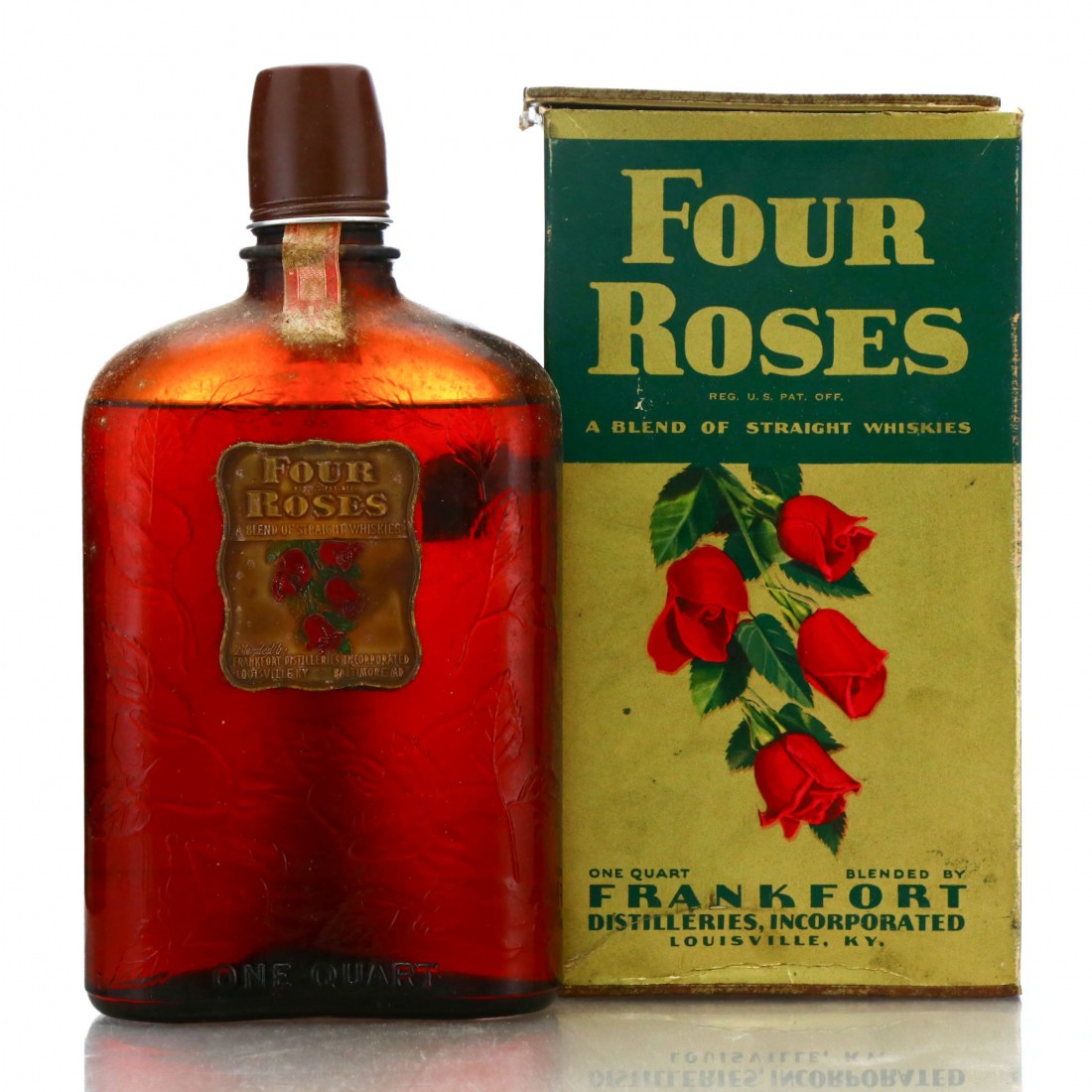 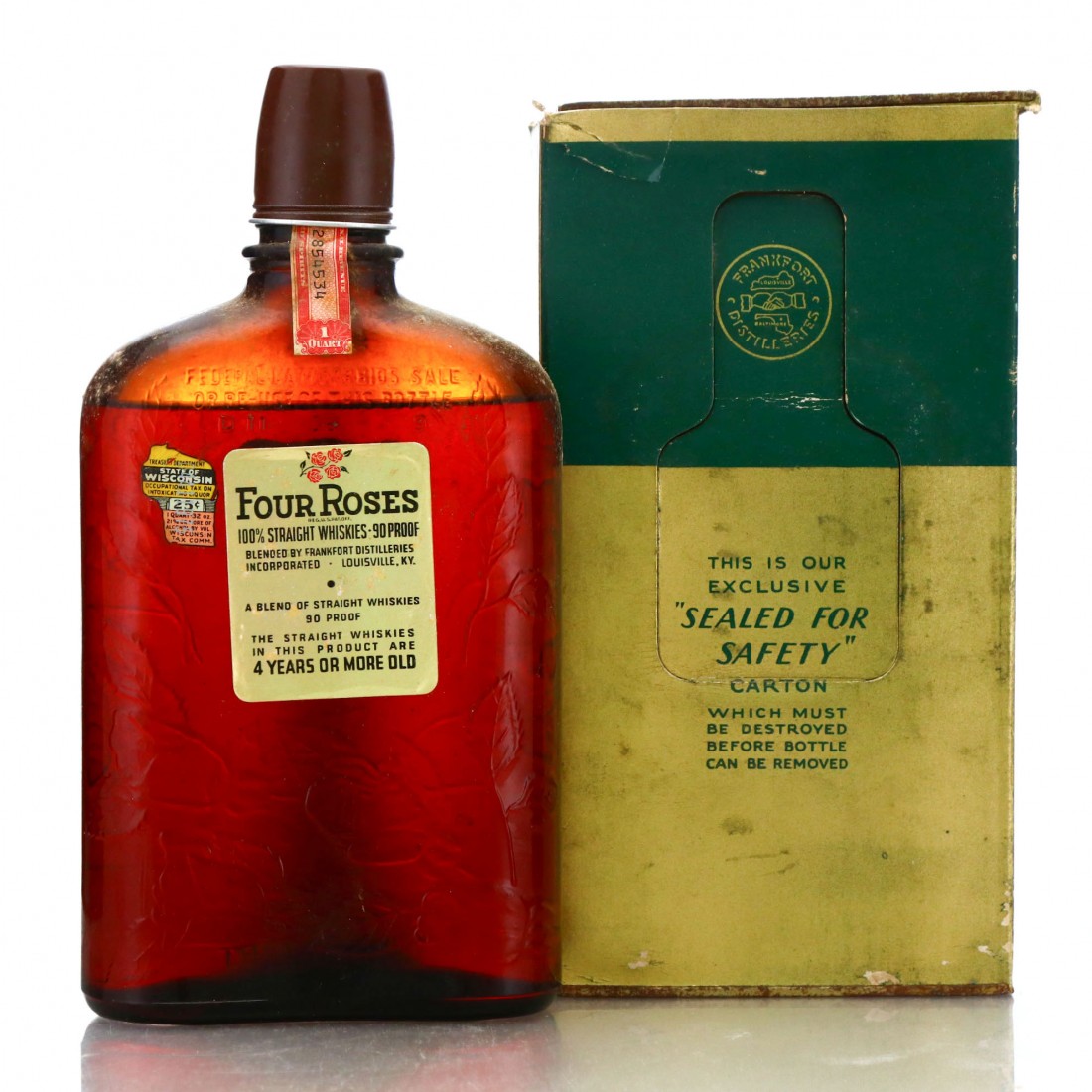 This is an early post-Prohibition bottling of a Four Roses blend of straight whiskies. After repeal, much of the American whiskey trade was monopolised by four large companies, with Frankfort Distilleries eventually being bough by Canadian giants, Seagram, in the mid-1940s.

This is a blend of 100% straight whiskies.