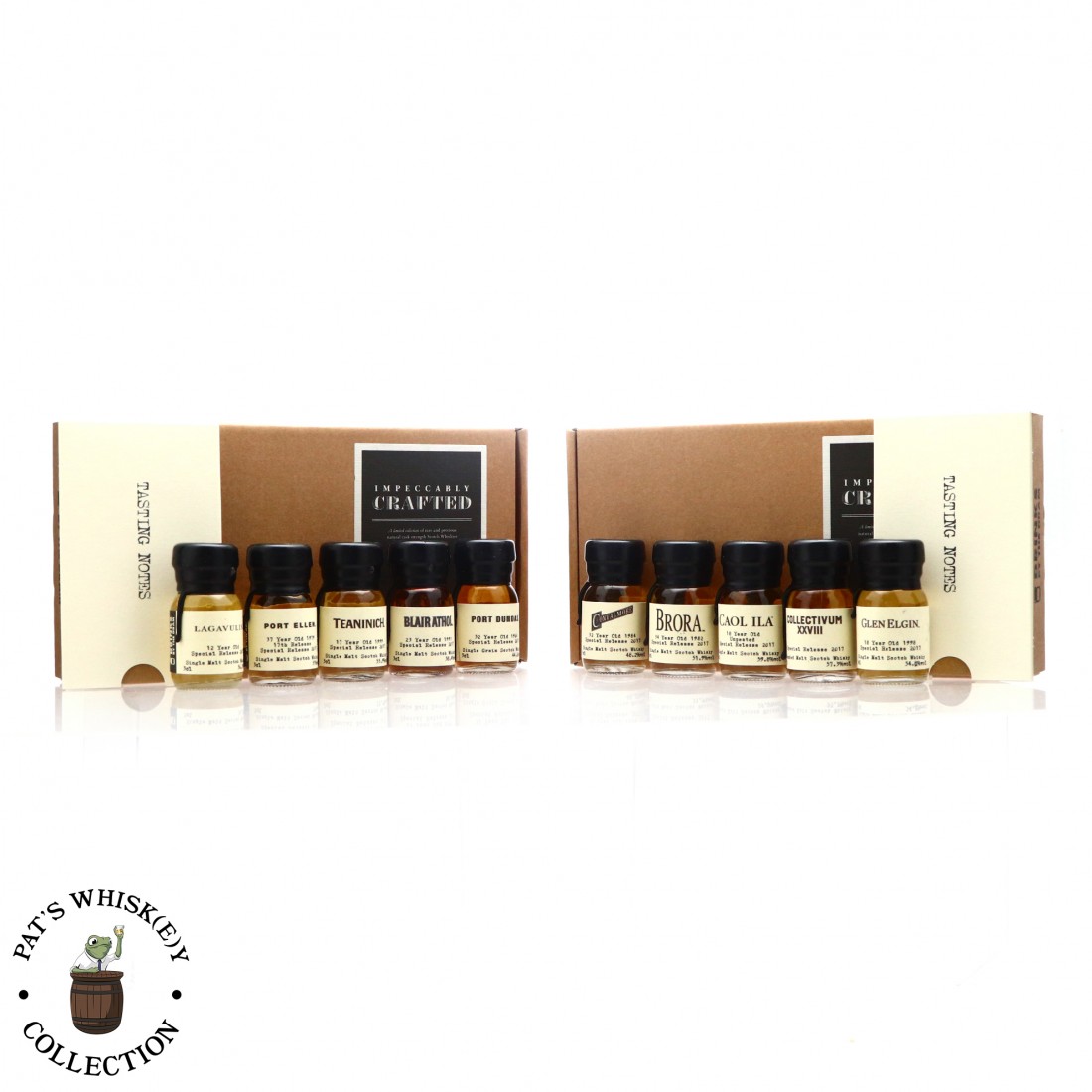 A smartly presented colletion of Diageo's Special Releases from  2017. The samples are accompanied by tasting notes. This lot includes...

This lot is being sold from the Pat's Whisk(e)y private collection which, numbering in excess of 9,000 bottles and over 2,000 miniatures, is the single largest collection of whisky ever to be brought to auction. Pat's Whisk(e)y is the result of over fifteen years of passion and dedication to the goal of creating one of the most complete libraries of whisky and whiskey ever amassed by an individual collector. It contains bottles from over 150 different Scottish distilleries, as well as bourbon, rare Scotch releases from sought-after independent bottlers in Europe, and whisky from other distilleries across the globe. Whisky Auctioneer is delighted to have partnered with Pat's Whisk(e)y to offer this collection across a number of exclusive and spotlight auctions. For more information, please click here.