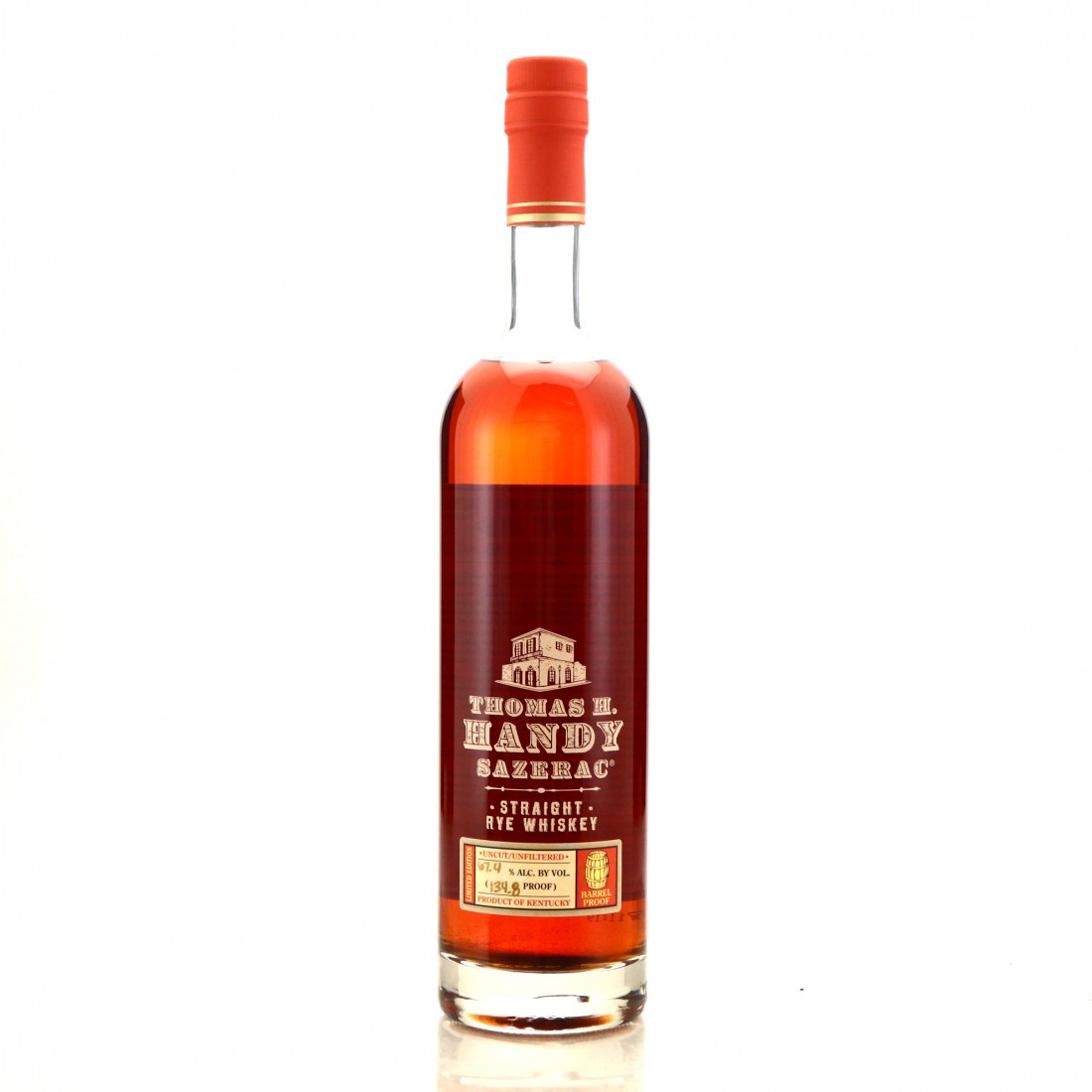 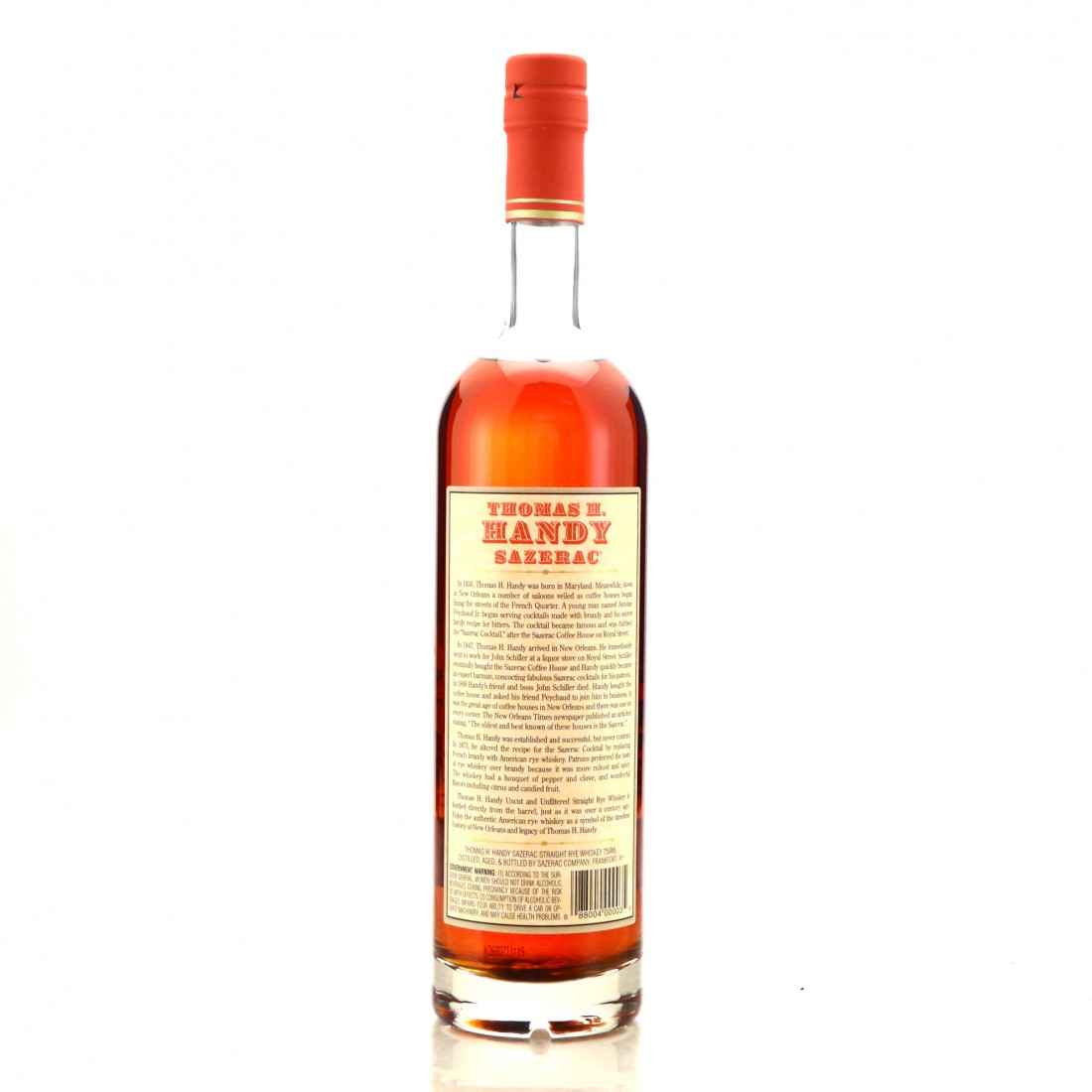 Thomas H. Handy is a rye whiskey named after the bartender and former owner of the Sazerac Coffee House. He acquired it in 1869, having previously run Taylor Sewell’s importing business, which had exclusive distribution of Sazerac-de-Forge et Fils brandy in the US. When the Phylloxera epidemic gripped mainland Europe in 1870, the brandy supplies in France dried up and Handy turned to rye whiskey as the alternative base for the classic Sazerac cocktail. He died in 1893, leaving the company in the hand of C.J. O’Reilly who promptly marketed the first Sazerac branded rye.

When the Sazerac Company acquired what is now called Buafflo Trace distillery in 1992, one of their long-term intentions was to see the eponymous rye brand return. They began distilling it for the first time in 1998, and the modern version of the Sazerac Rye was introduced in 2006.

The first Thomas H. Handy rye was bottled in 2006 as part of the Buffalo Trace Antique Collection, a selection of whiskies collated and in some cases created to pay homage to the history of the company and its brands.