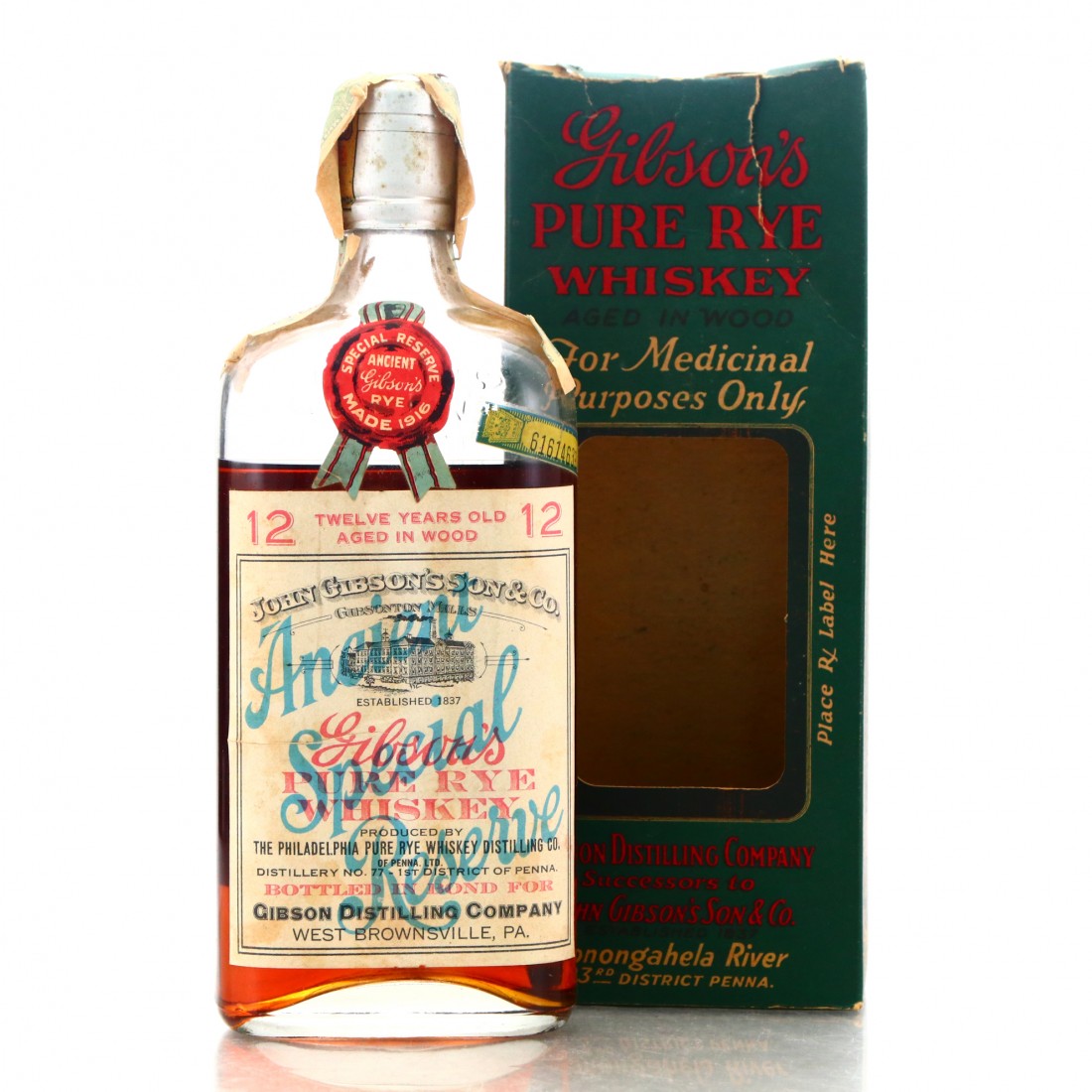 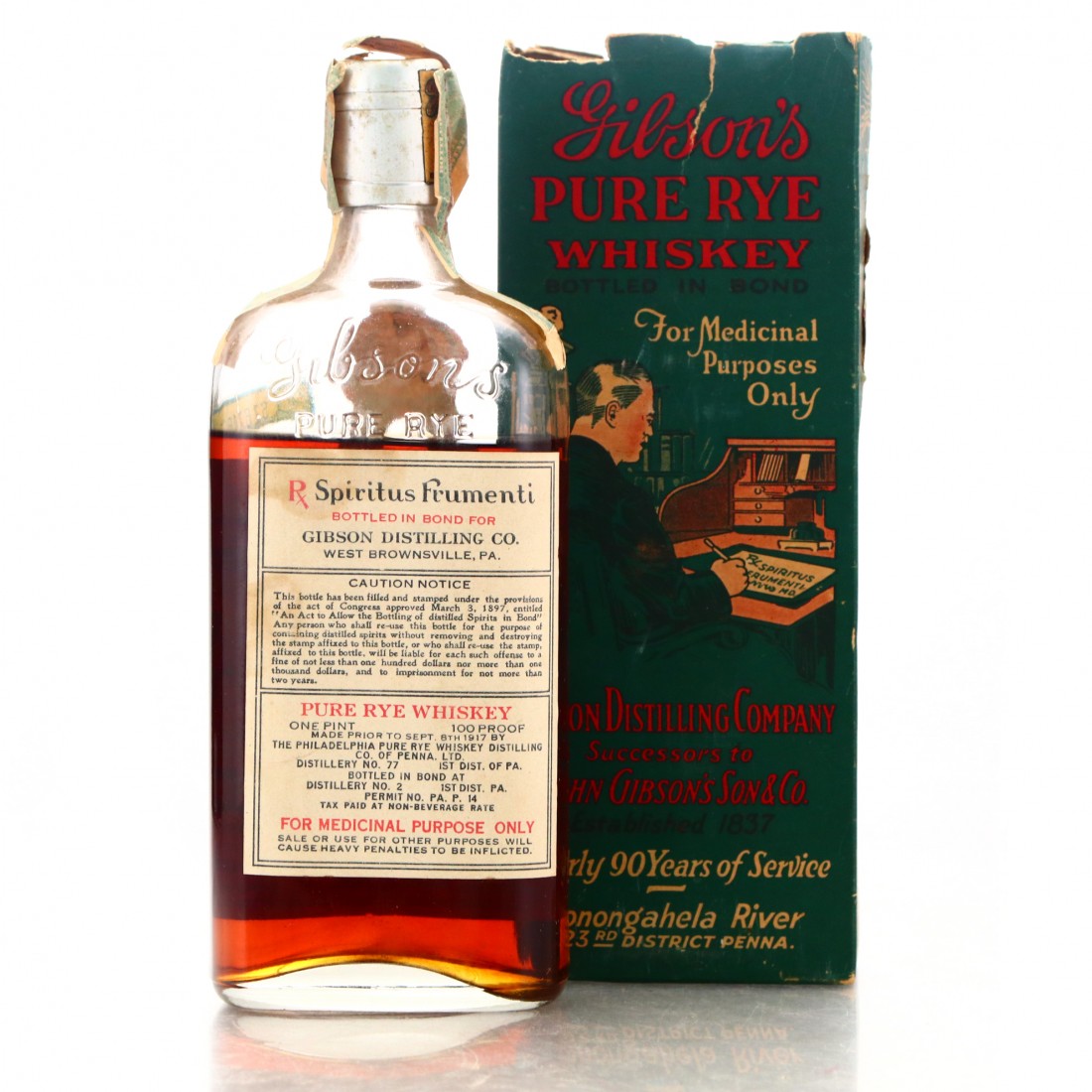 Distilled in 1916, this bourbon was protected in bond from Prohibition Act of 1920, which made alcohol production and consumption illegal. The Volstead Act was in place between 1920 and 1933, and during this period, some distillers were bale to continue to bottle their whiskey as a medicinal product. Only doctors could prescribe these 1 pint bottles, and bakers were also given a weekly ration of whiskey and rum to use in their cooking.

The whiskey was bottled for the Gibson Distilling Company by J.A. Dougherty's Sons in 1928, one of the few warehouses in Pennsylvania that had a license to bottle medicinal whiskey. The rye itself was acquired from the large Philadelphia Pure Rye distillery, a facility built in 1892 by a shareholding of nearly all of the large liquor dealers in the state. Similar in concept to the controversial Whiskey Trust in Kentucky, the company acknowledged this in early statements by asserting that it was not in competition with them as they did not produce rye whiskey. During Prohibition the majority of its stock was acquired by Dougherty's which became part of the Continental Distilling operation of Publiker after repeal.