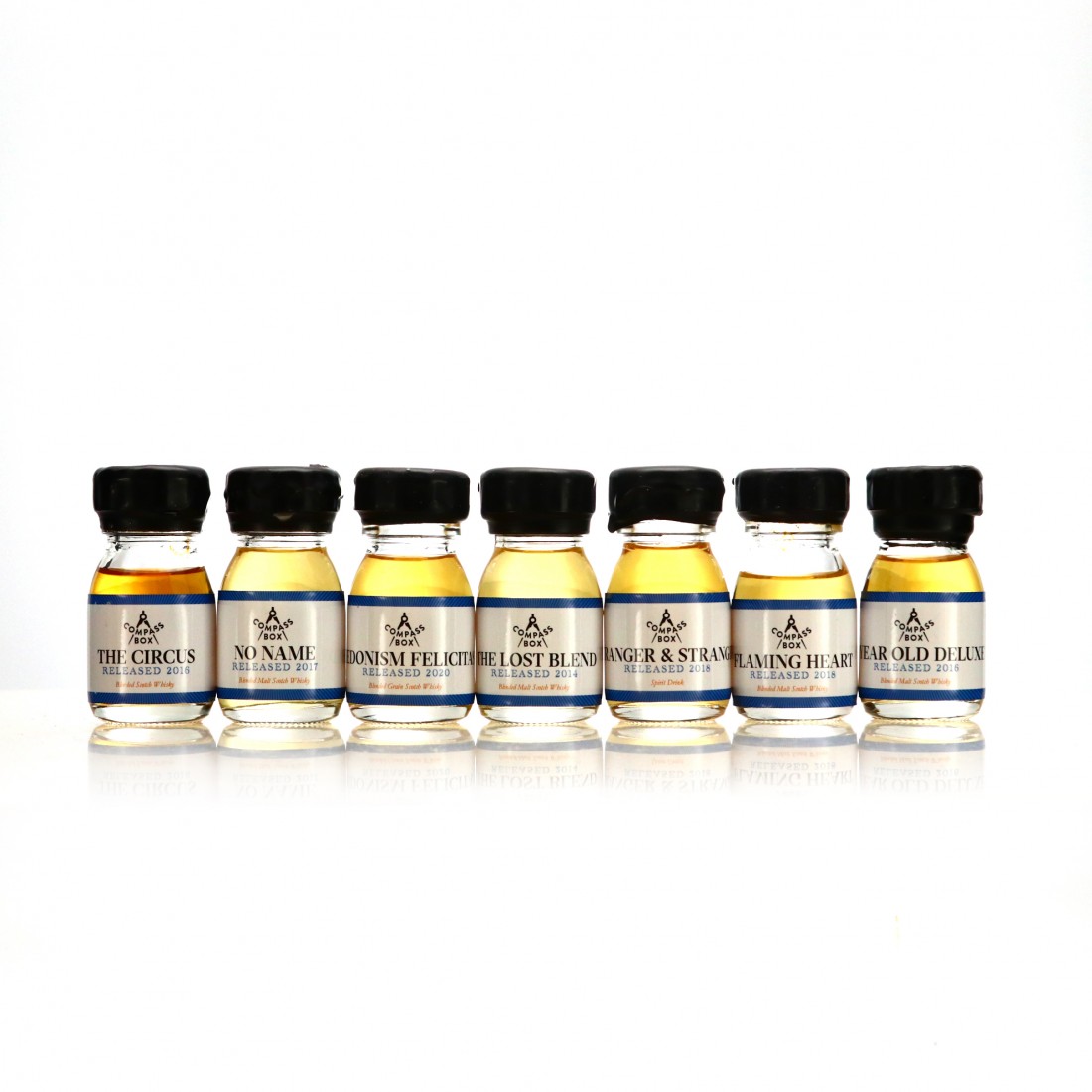 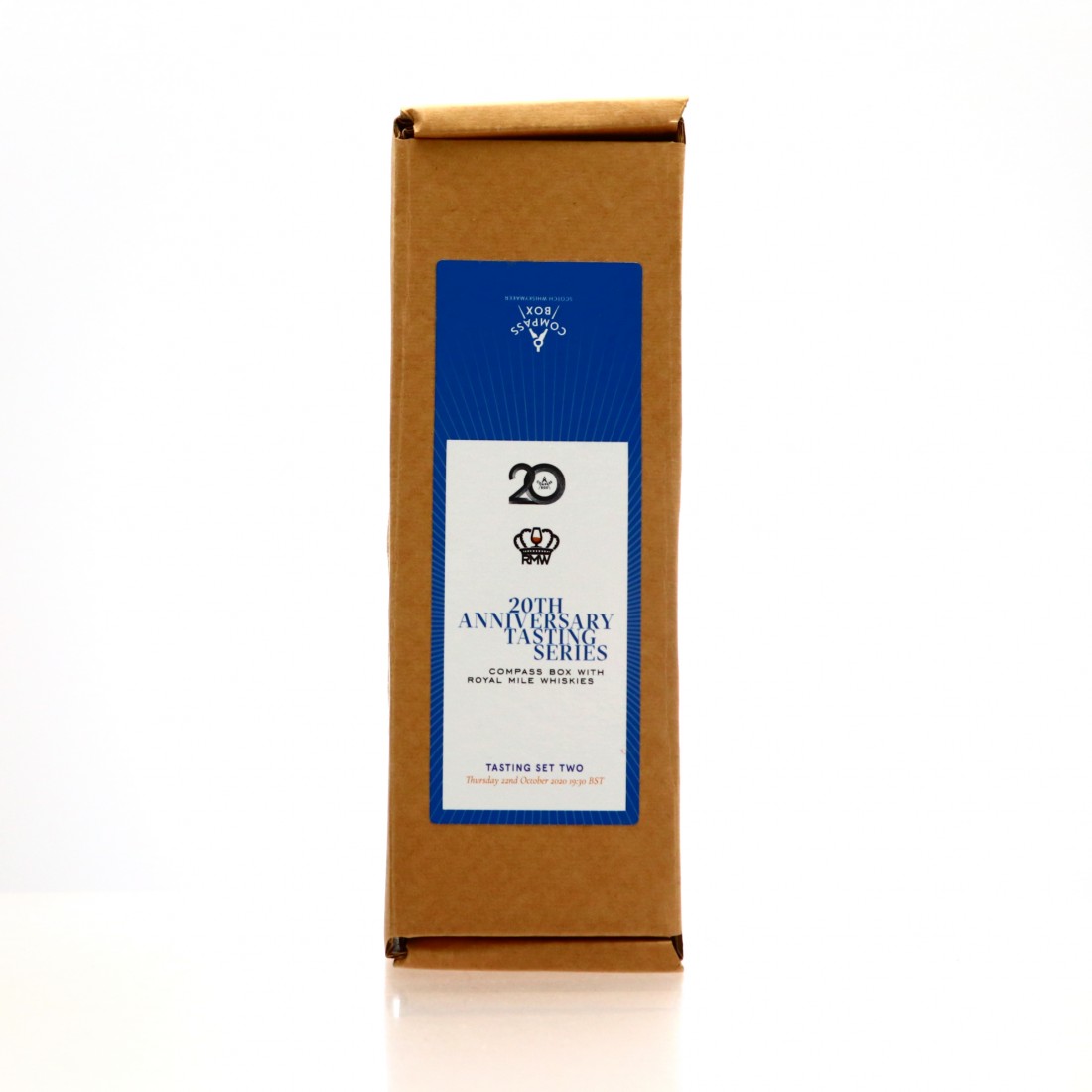 The following lot is for a tasting set produced by Compass Box to celebrate the company’s 20th anniversary in Autumn 2020. The set was distributed via Royal Mile Whiskies. Due to the 2020 COVID:19 pandemic, the event took place online on Thursday 22nd of October.

The set includes a small information sheet detailing the samples.