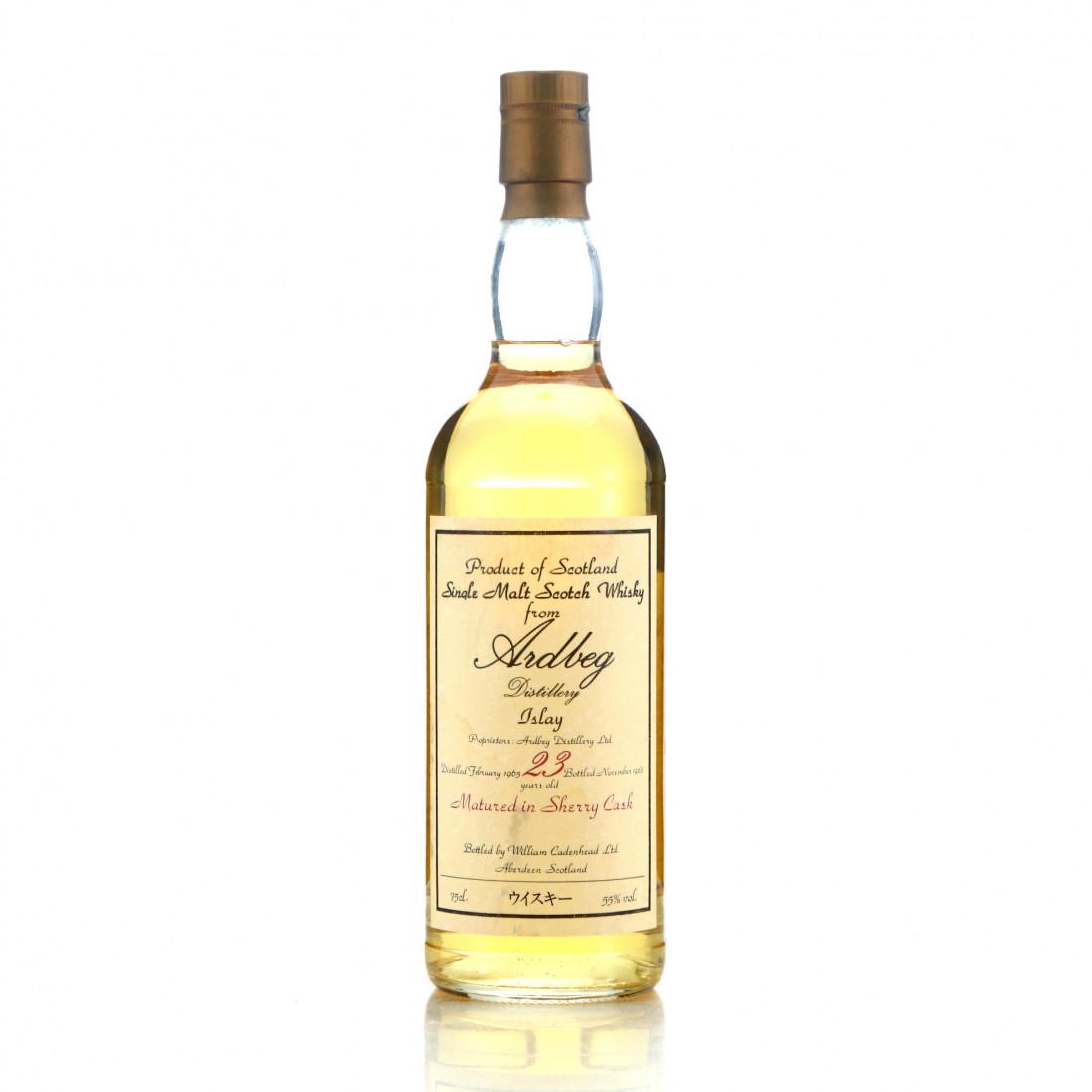 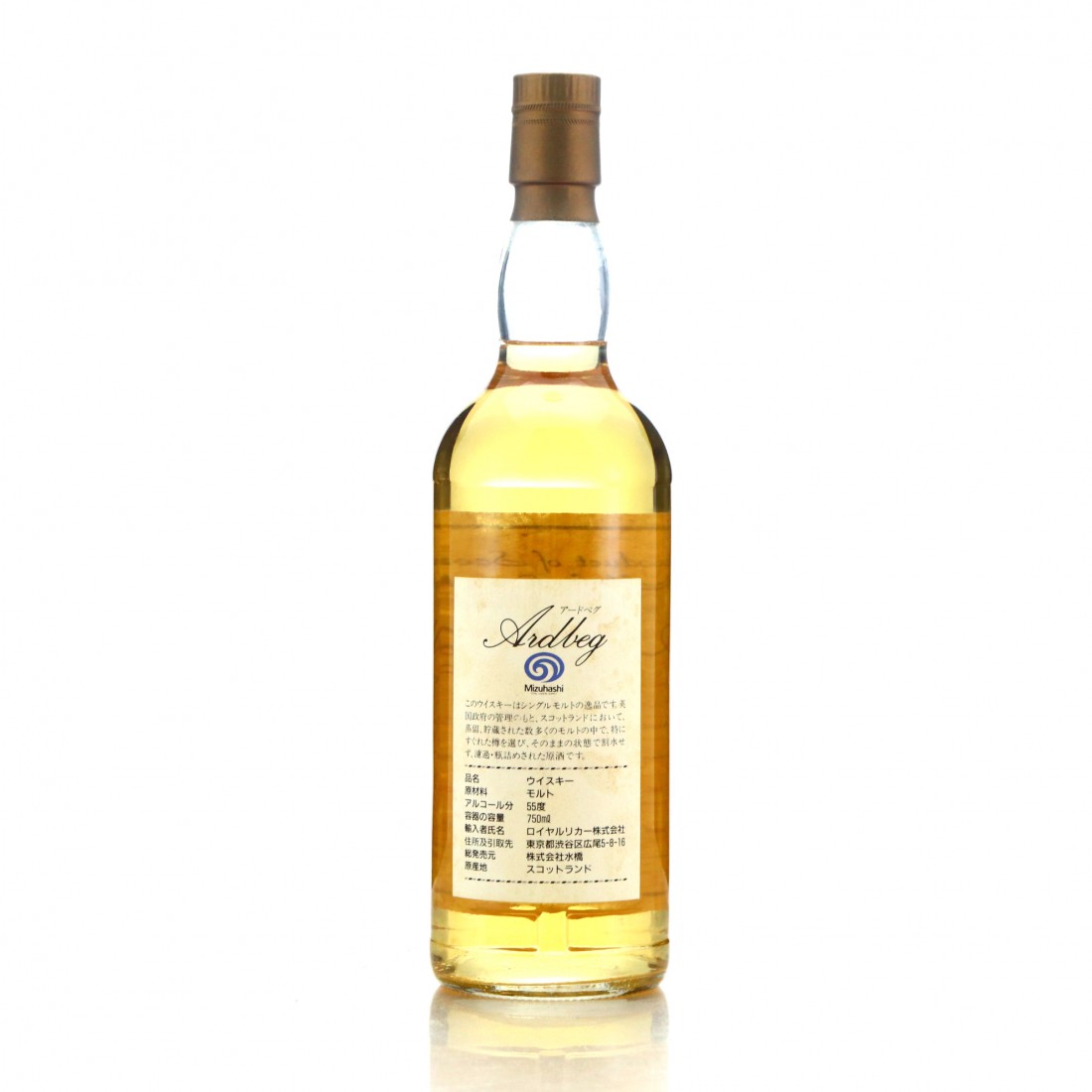 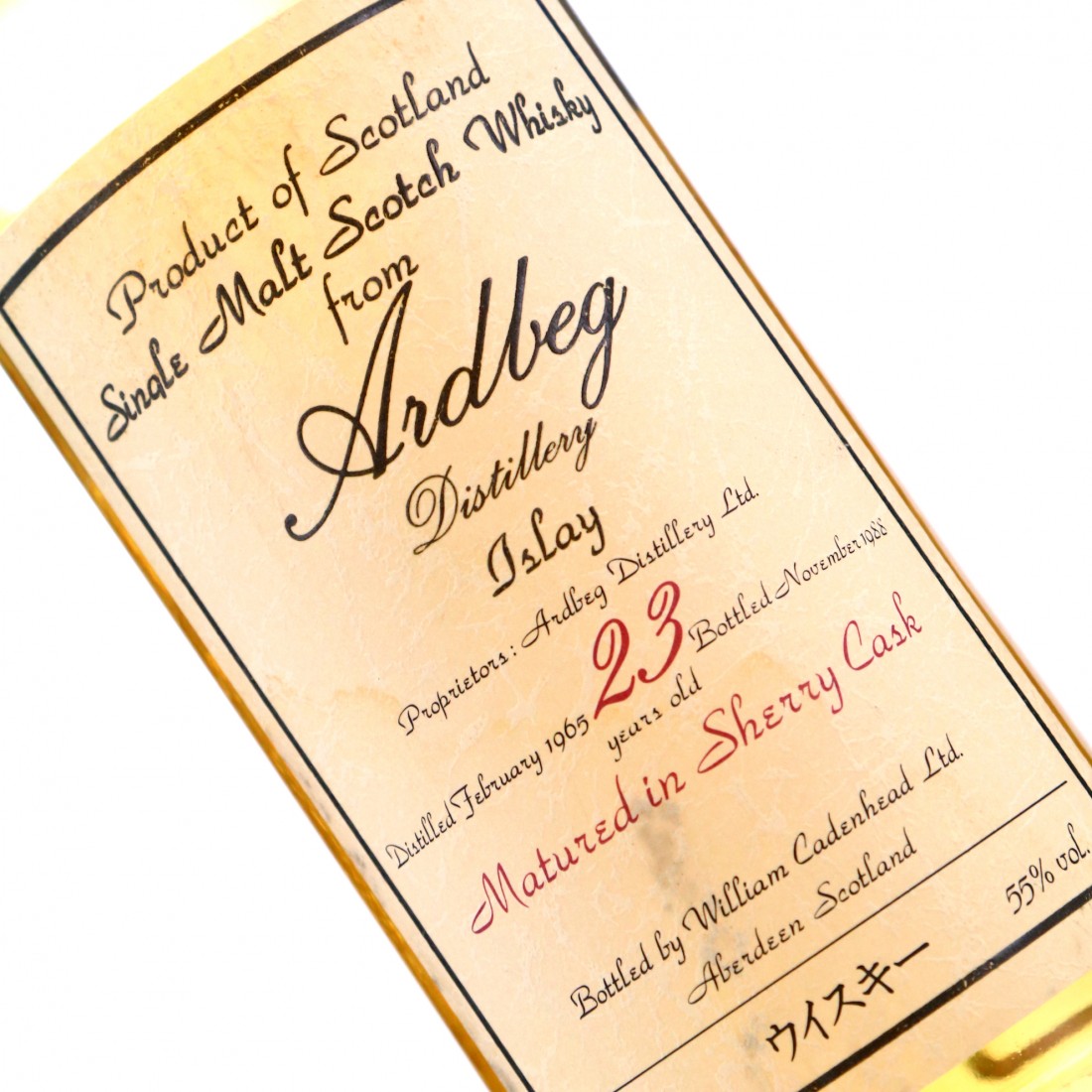 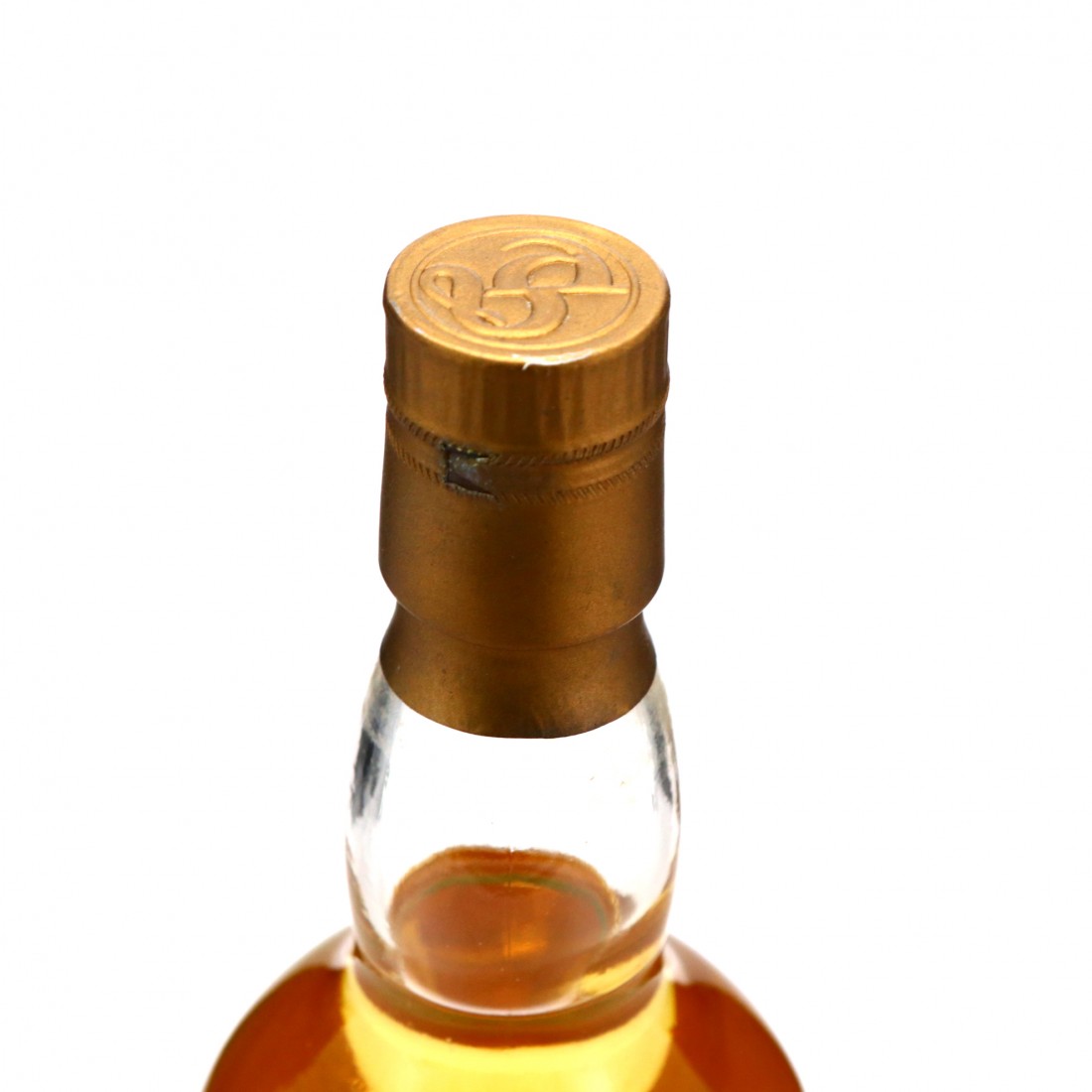 An incredibly rare bottling of Ardbeg, distilled back in 1965 and sherry cask matured for 23 years.

This is part of series of five well-regarded cask selections by Mizuhashi Total Liquor Supply in Japan, all bottled in 1988 and 1989 by Cadenhead's. The series includes another sherry casked single malt, this time from Tamnavulin, as well an a Glendullan, Glen Ord and Glencadam. All were bottled at cask strength.