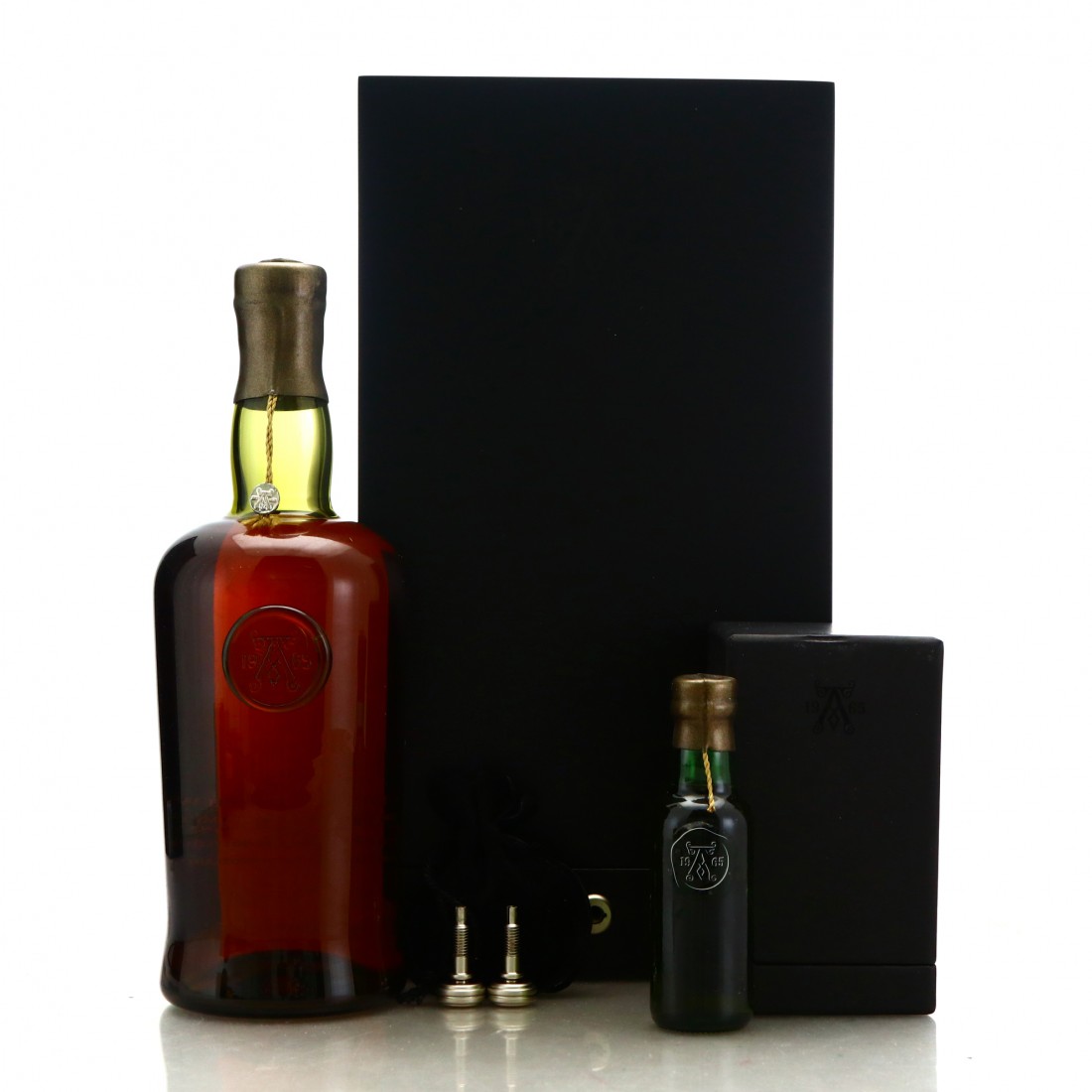 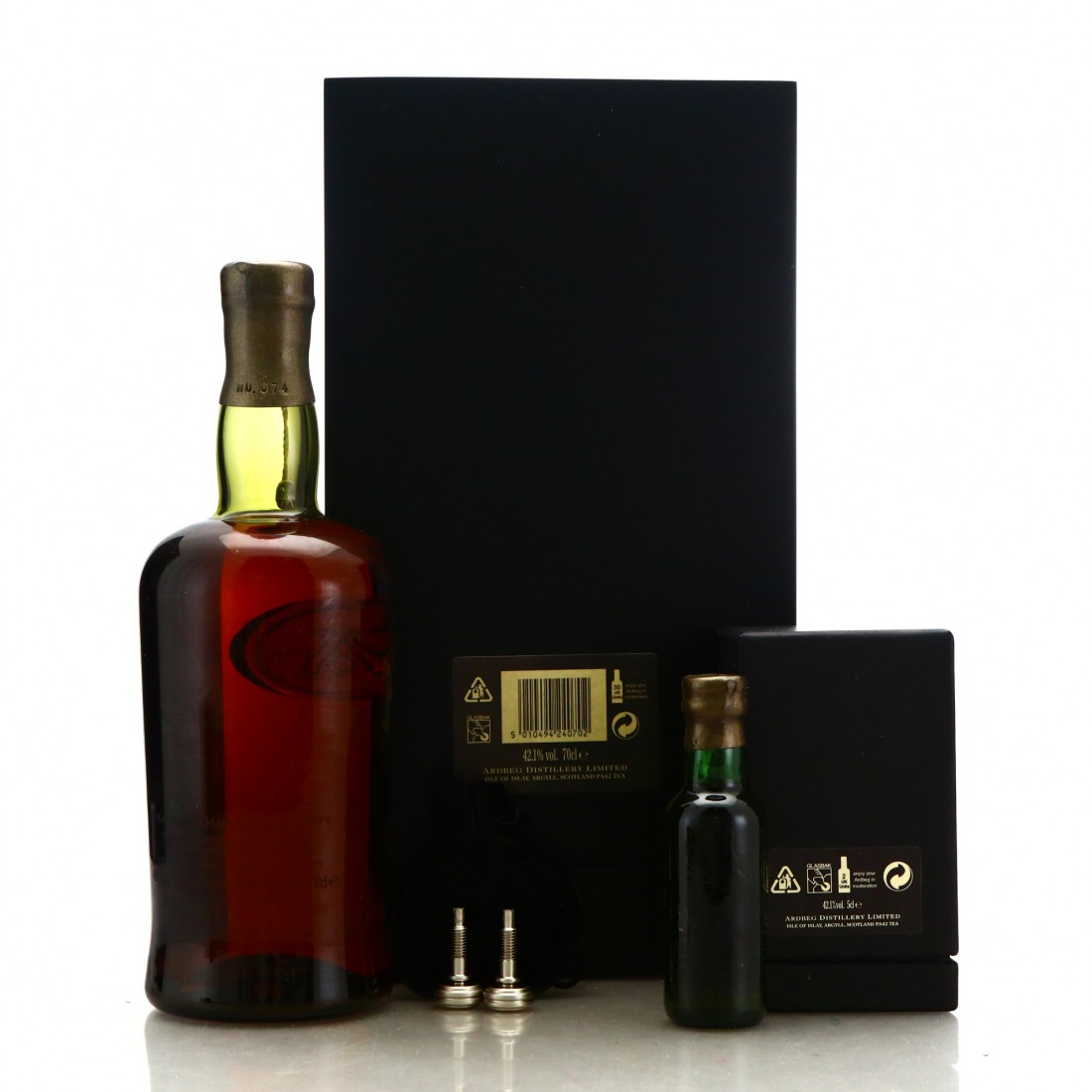 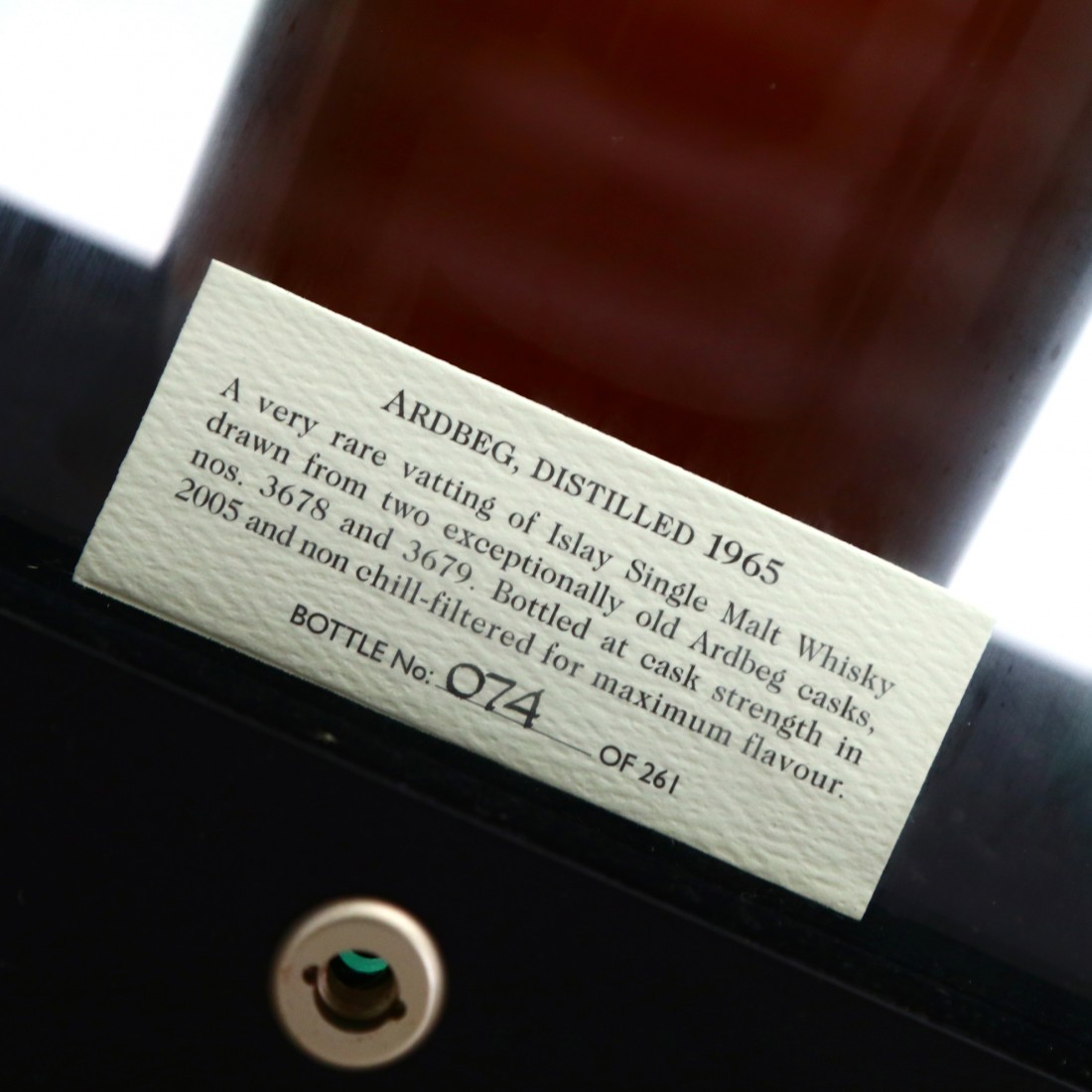 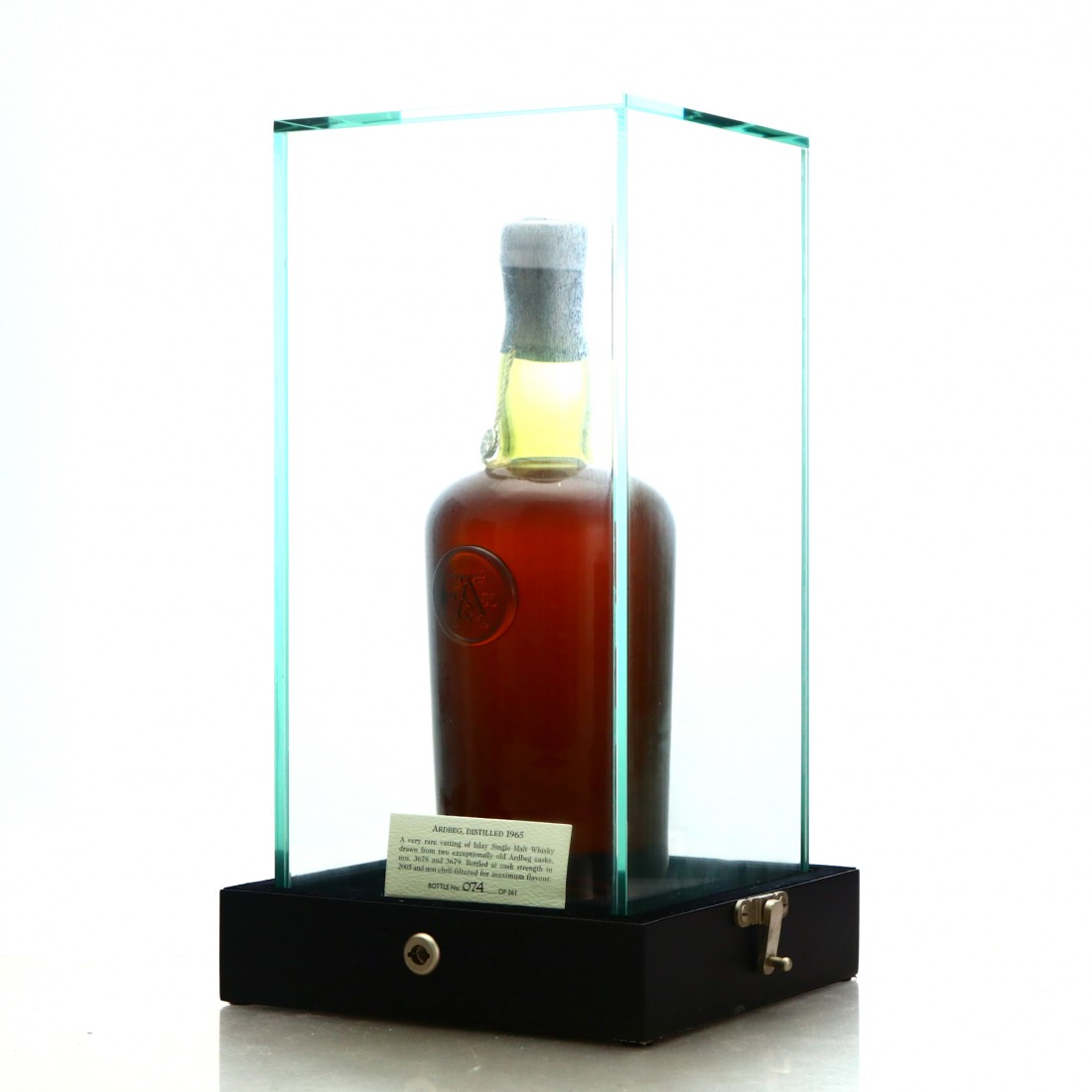 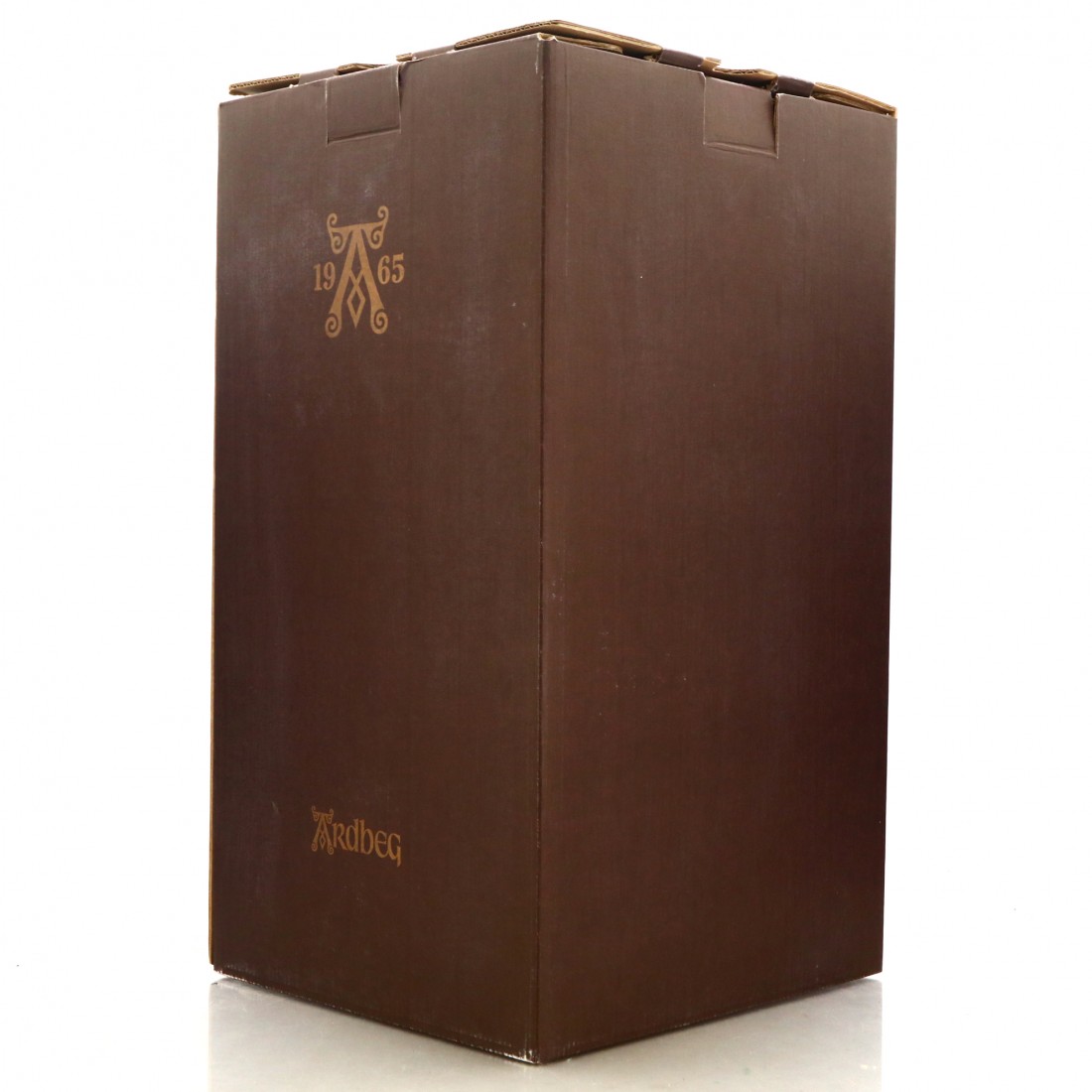 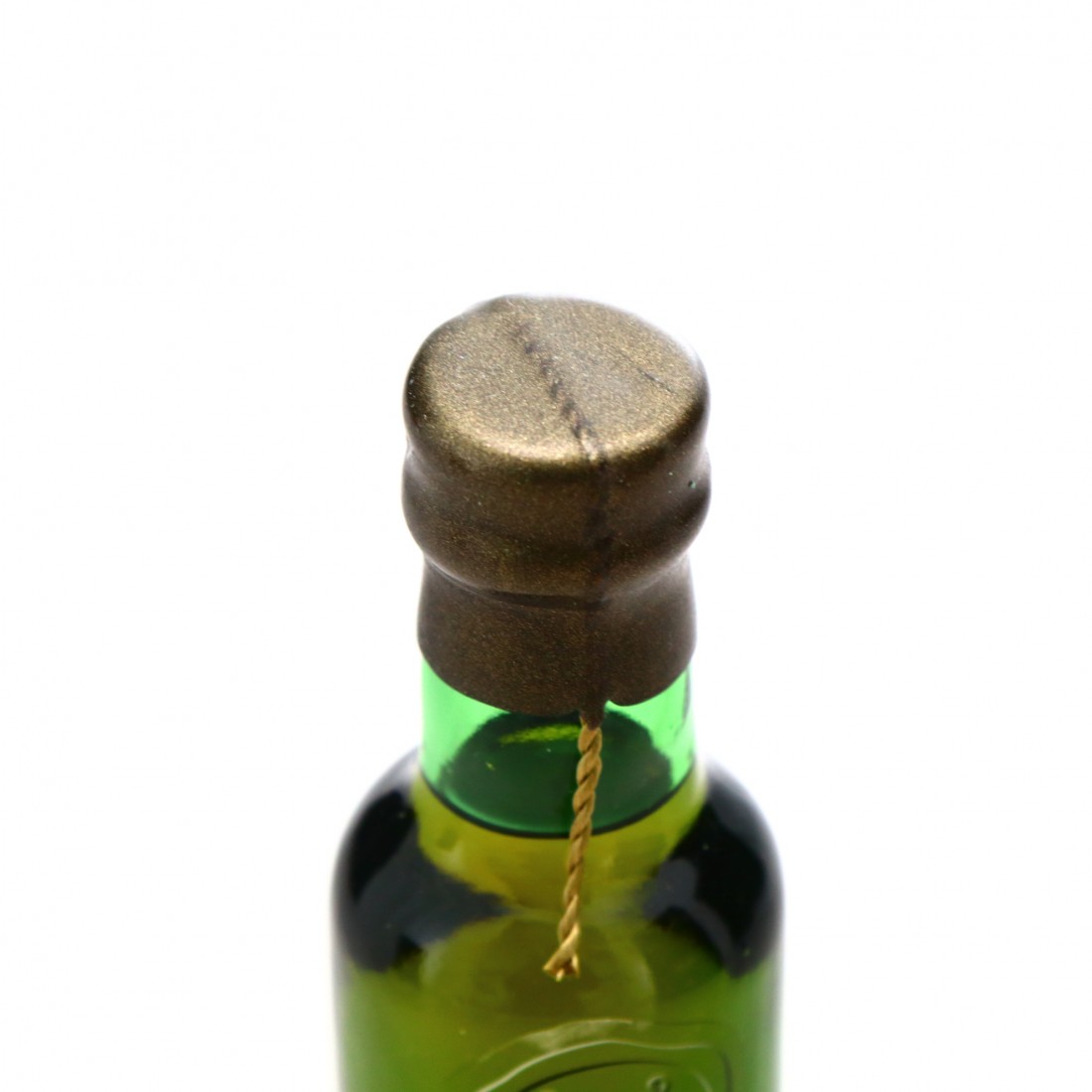 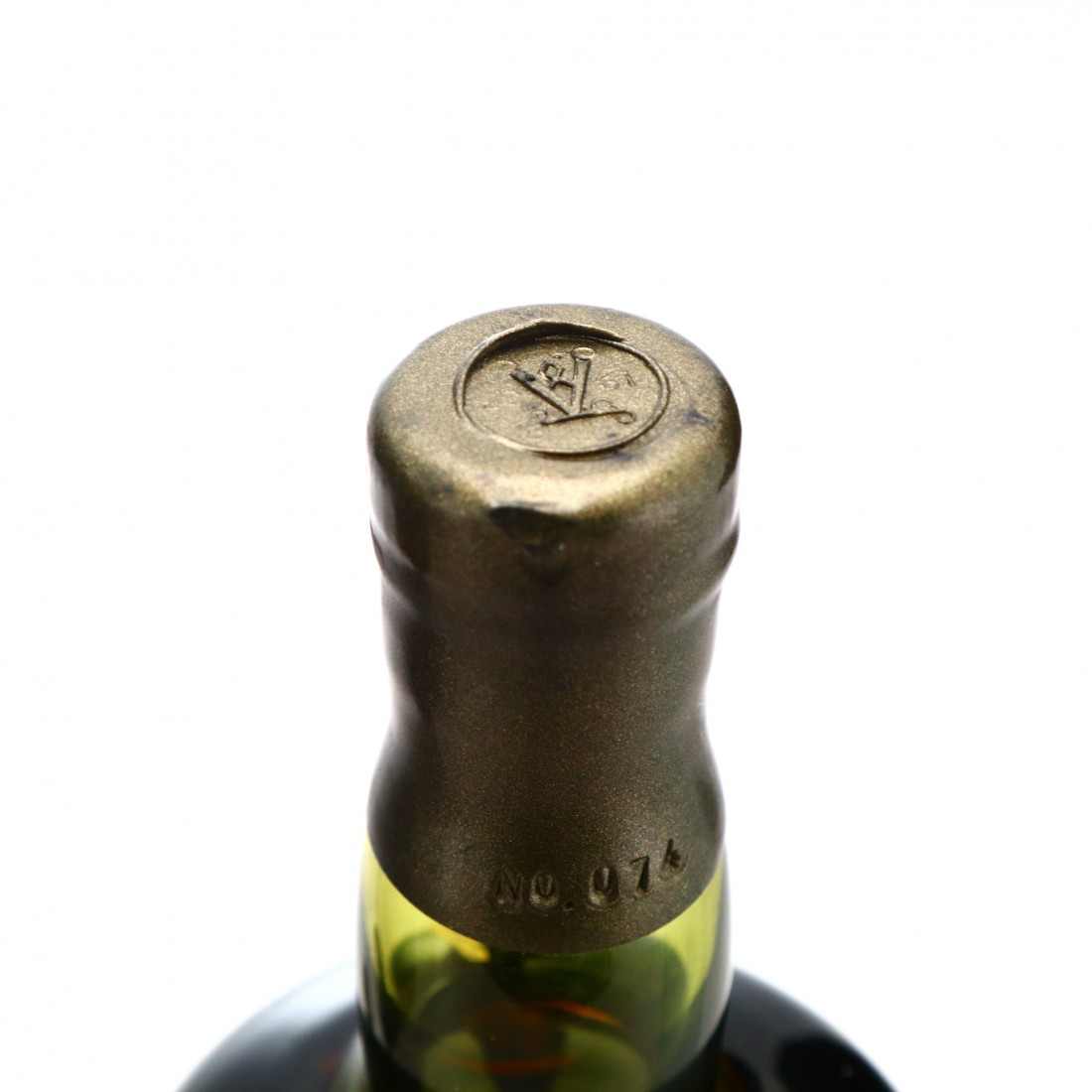 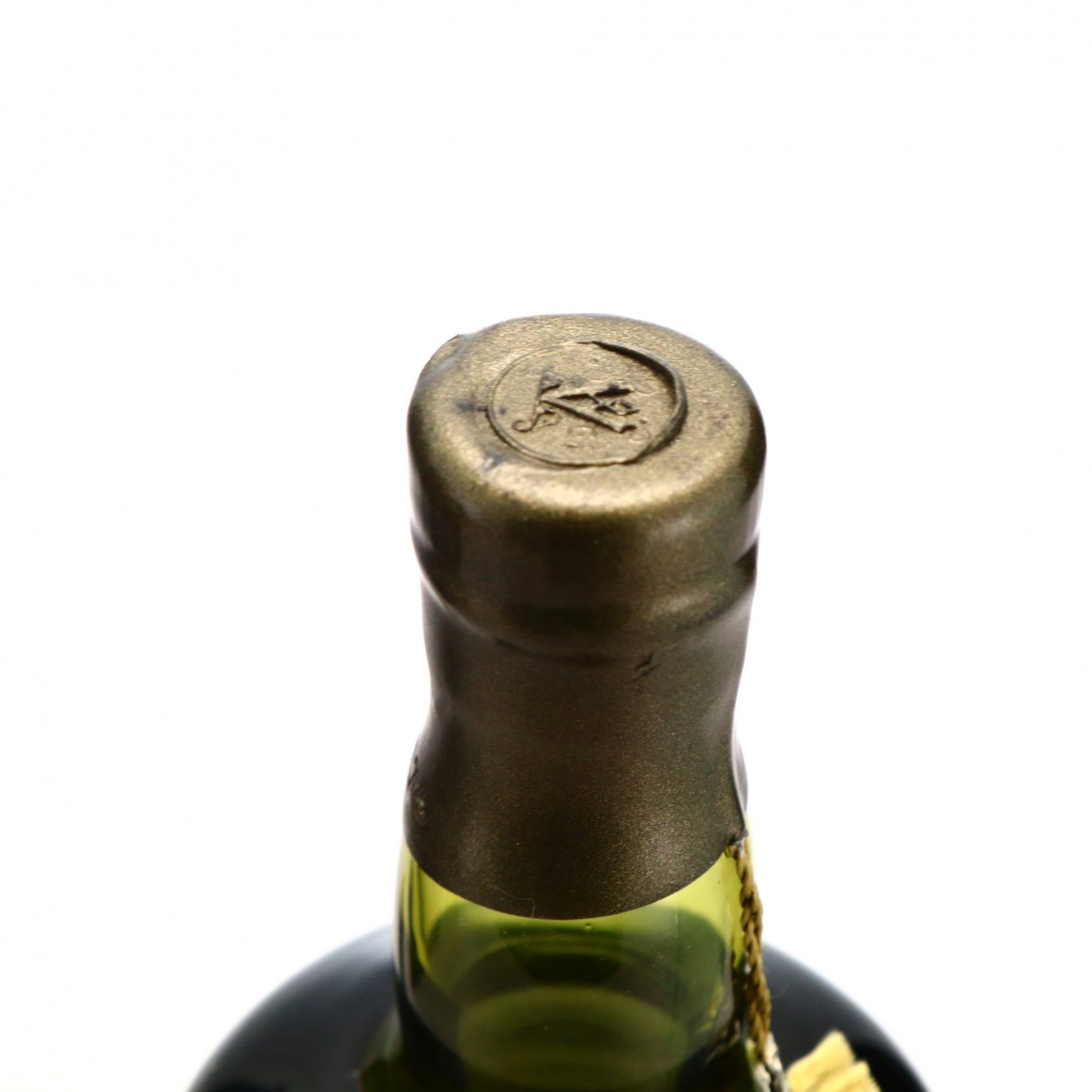 This rare, desirable Ardbeg was distilled in 1965 and was drawn from two exceptionally old casks, #3678 and #3679 in 2005. The incredible presentation includes a hand-blown glass bottle with a numbered wax seal, a glass display case with locks and a cleaning set including white cotton gloves. 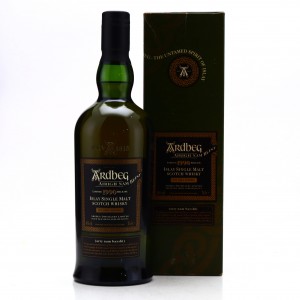 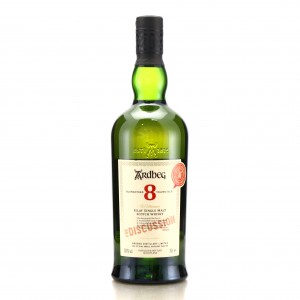 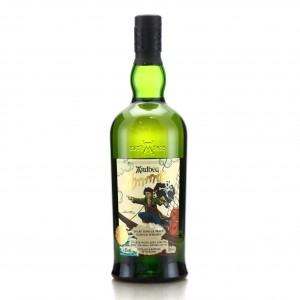 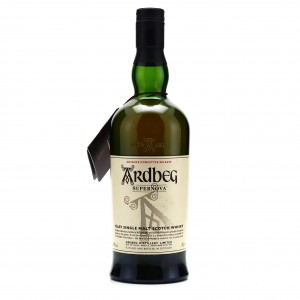