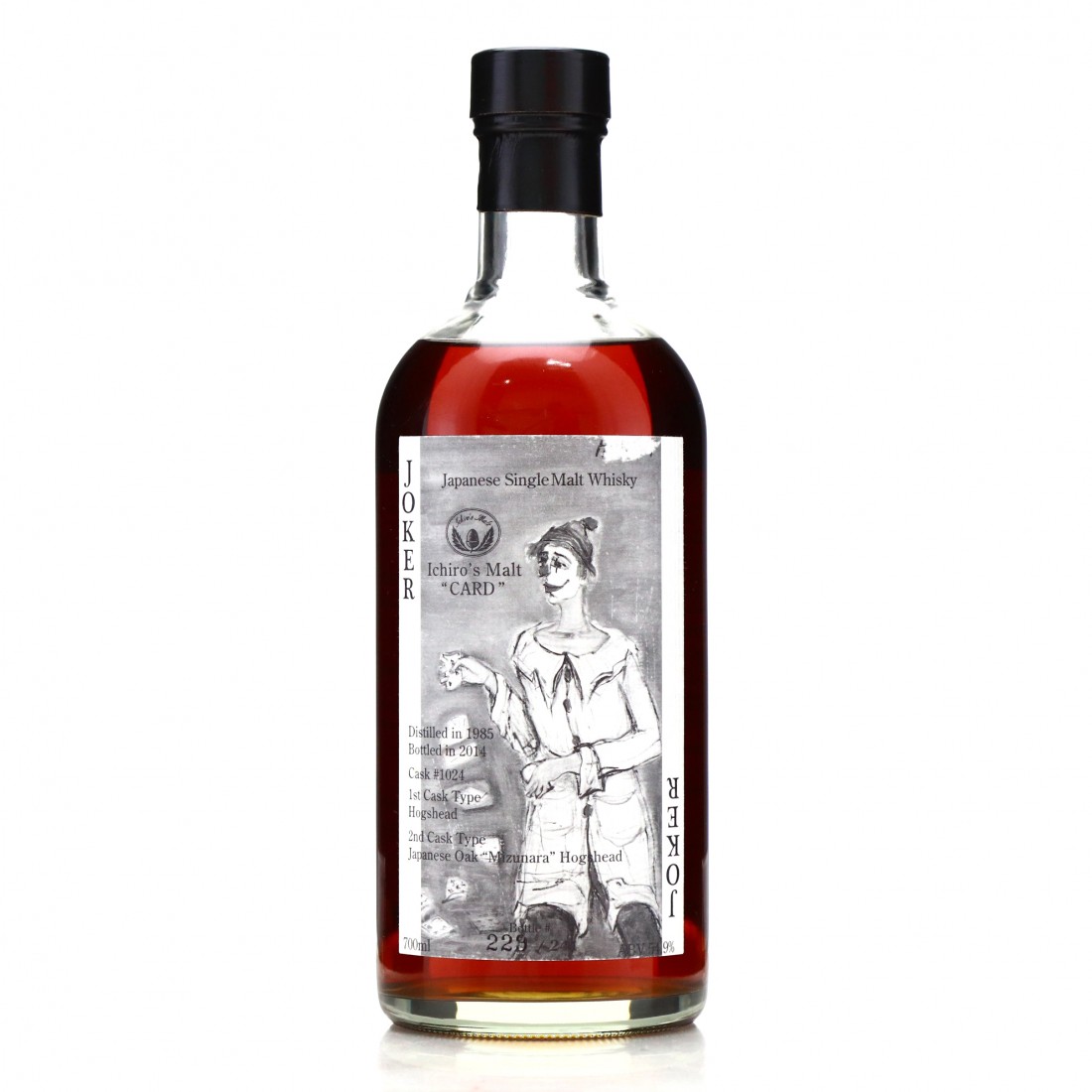 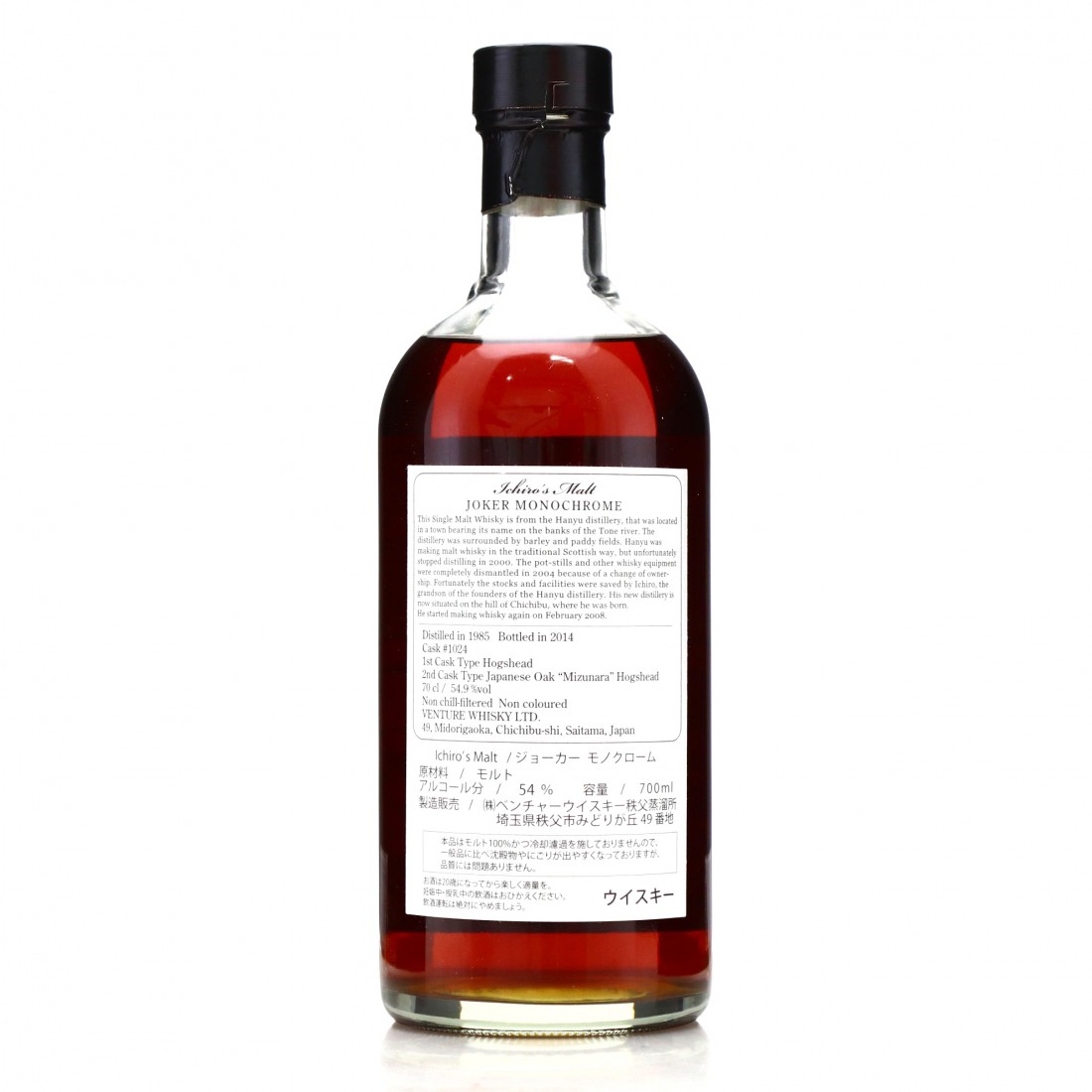 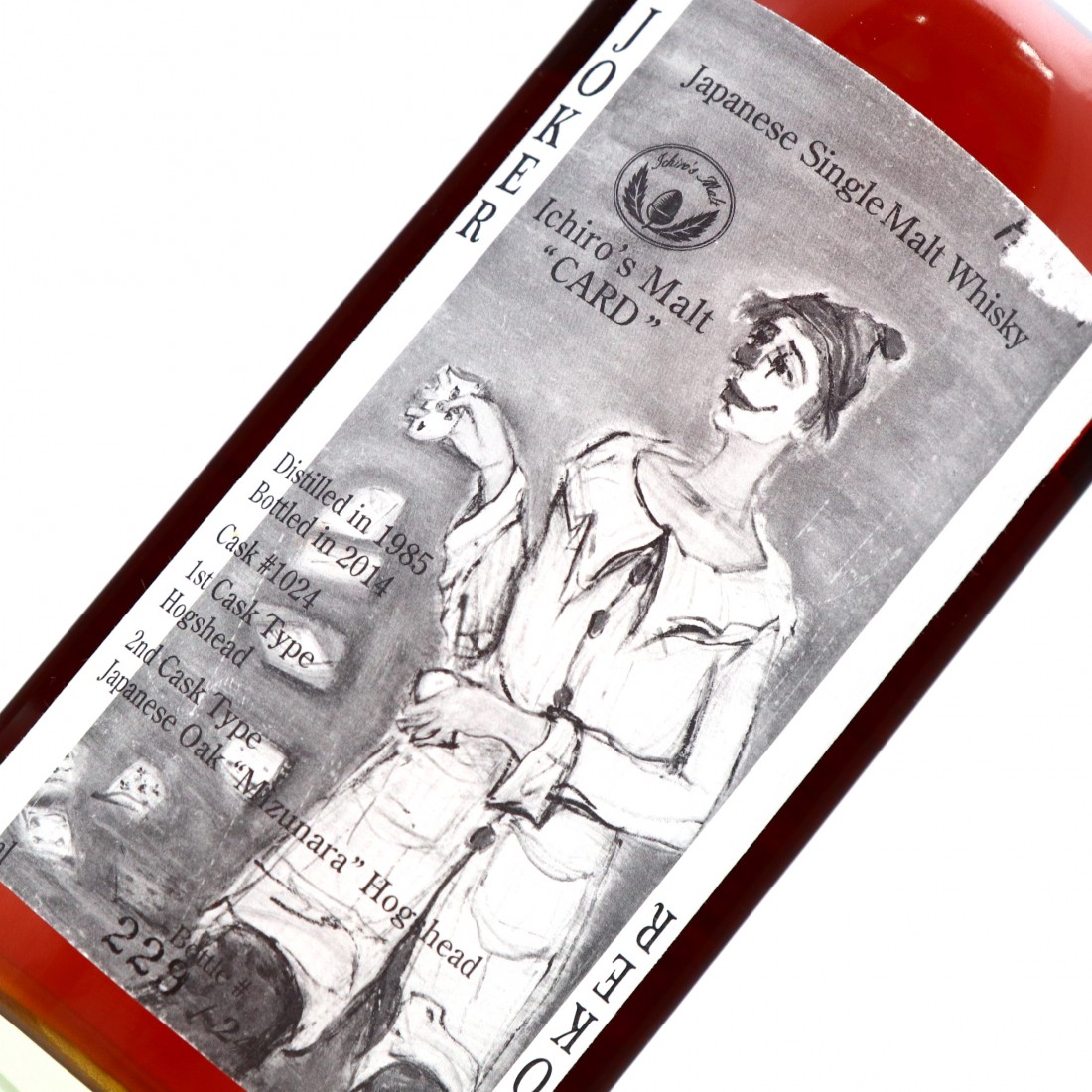 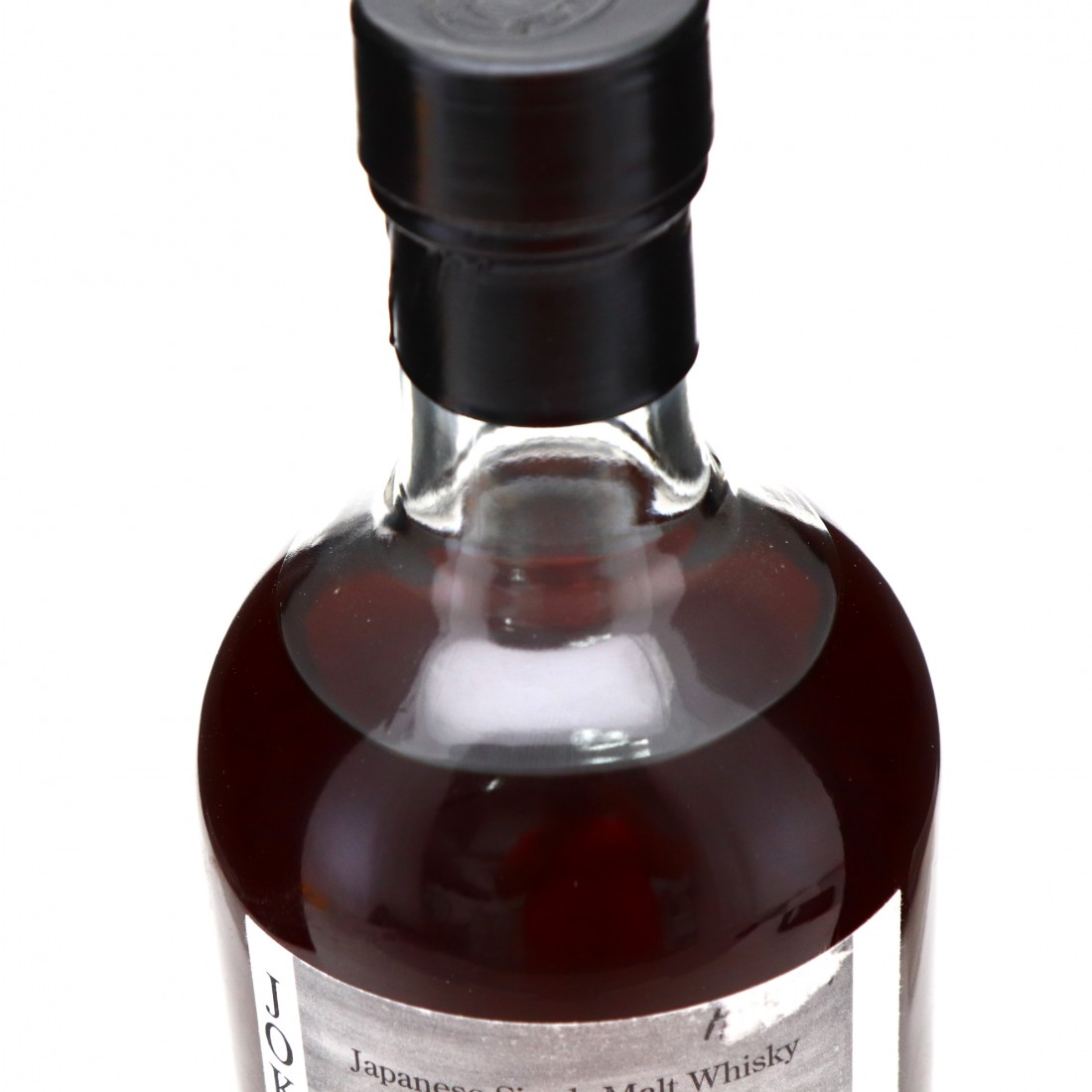 This is the final bottling in the series and is one of two Jokers released to complete the 58 bottle series; one in colour and one in black and white (monochrome).  This Monochrome Joker is arguably one of the rarest releases from Japan and is a fitting finale for this incredible series of whiskies.

The Monochrome Joker was distilled in 1985 and matured in a hogshead before a second period of maturation in a Mizunara cask #1024.  This is bottle number 229 of 241.