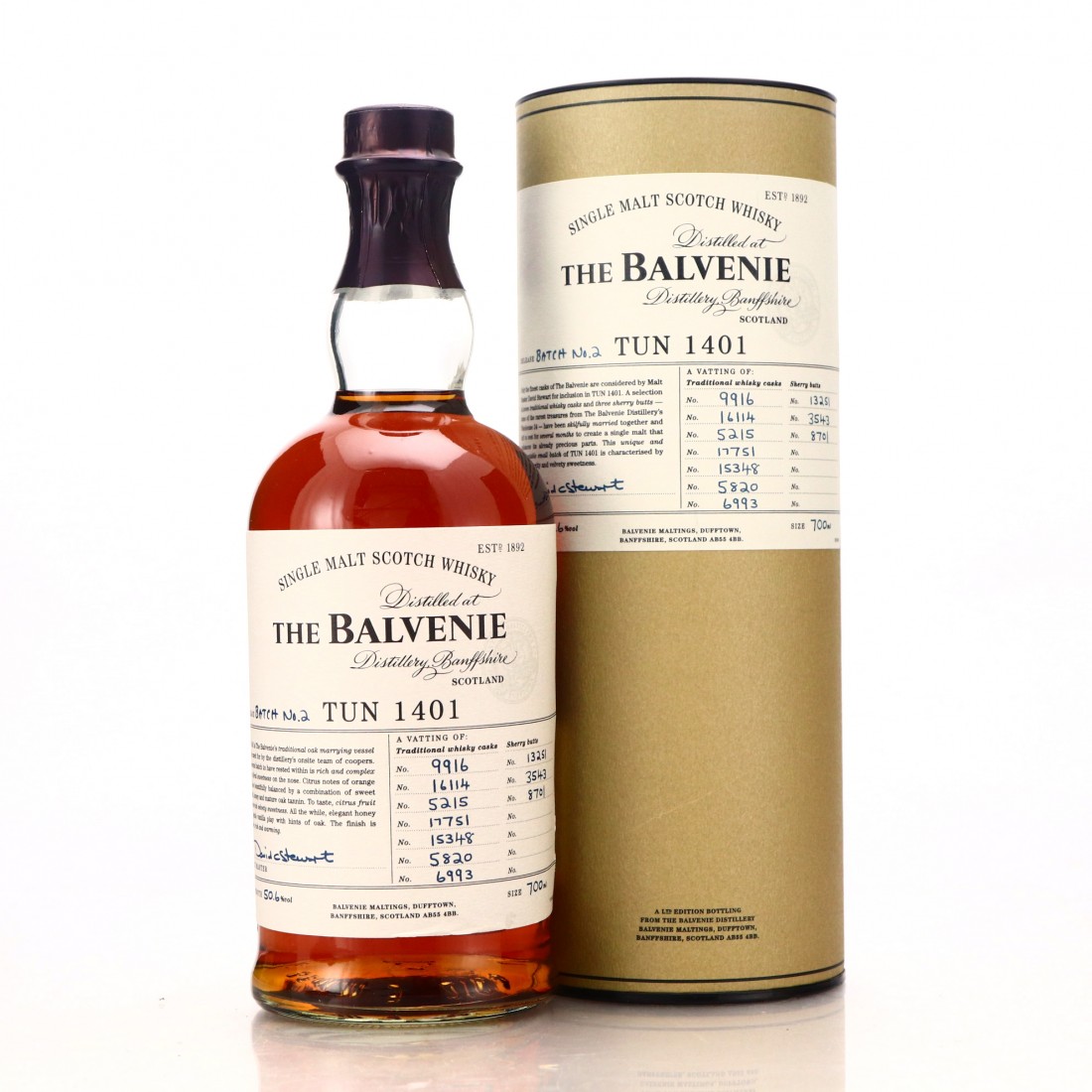 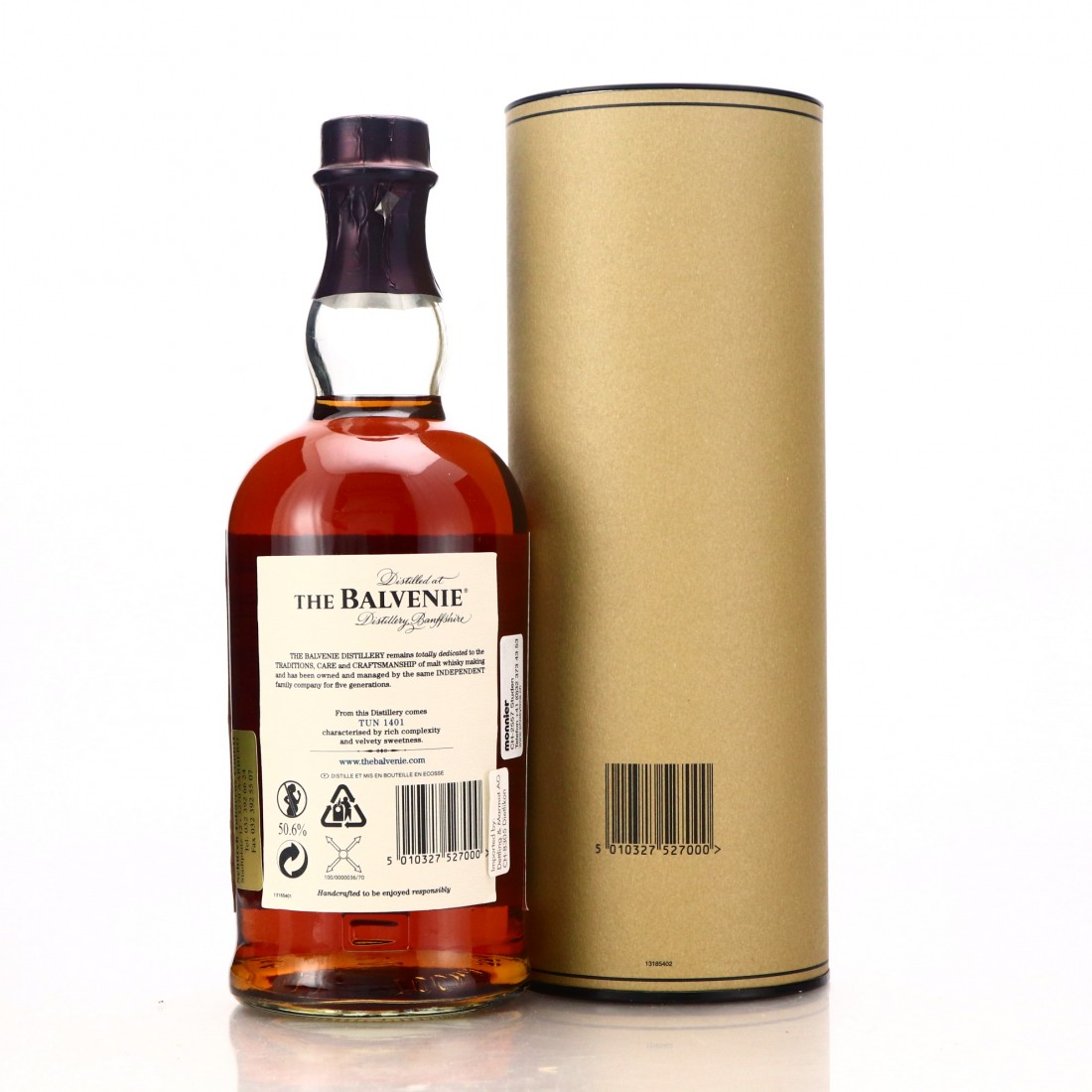 As with the other releases of Balvenie Tun 1401, these whiskies are hand-selected by Malt Master, David Stewart. Seven traditional whisky casks and three sherry butts are combined and rested for several months in Tun 1401 – The Balvenie’s traditional oak marrying vessel. One of 2226 bottles.