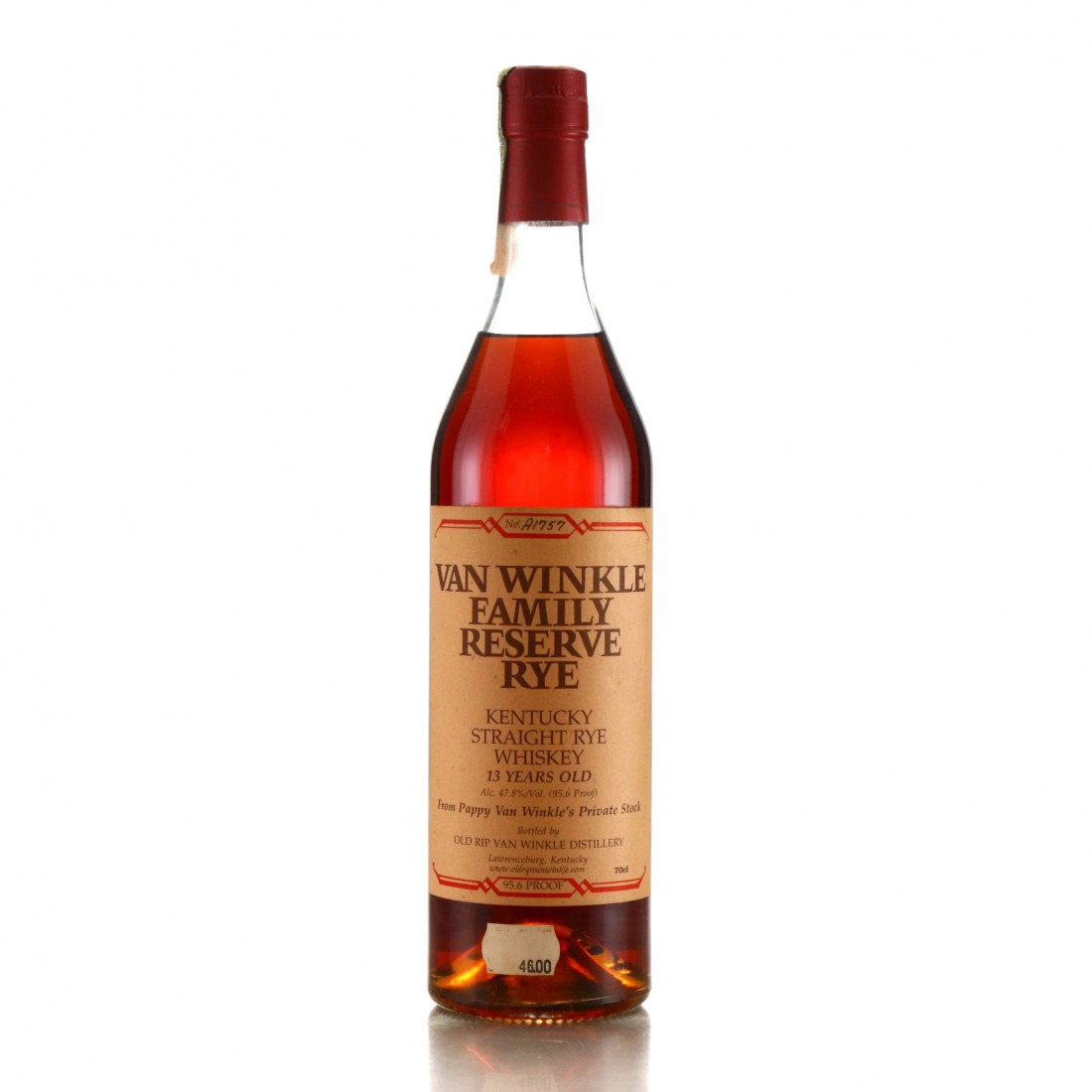 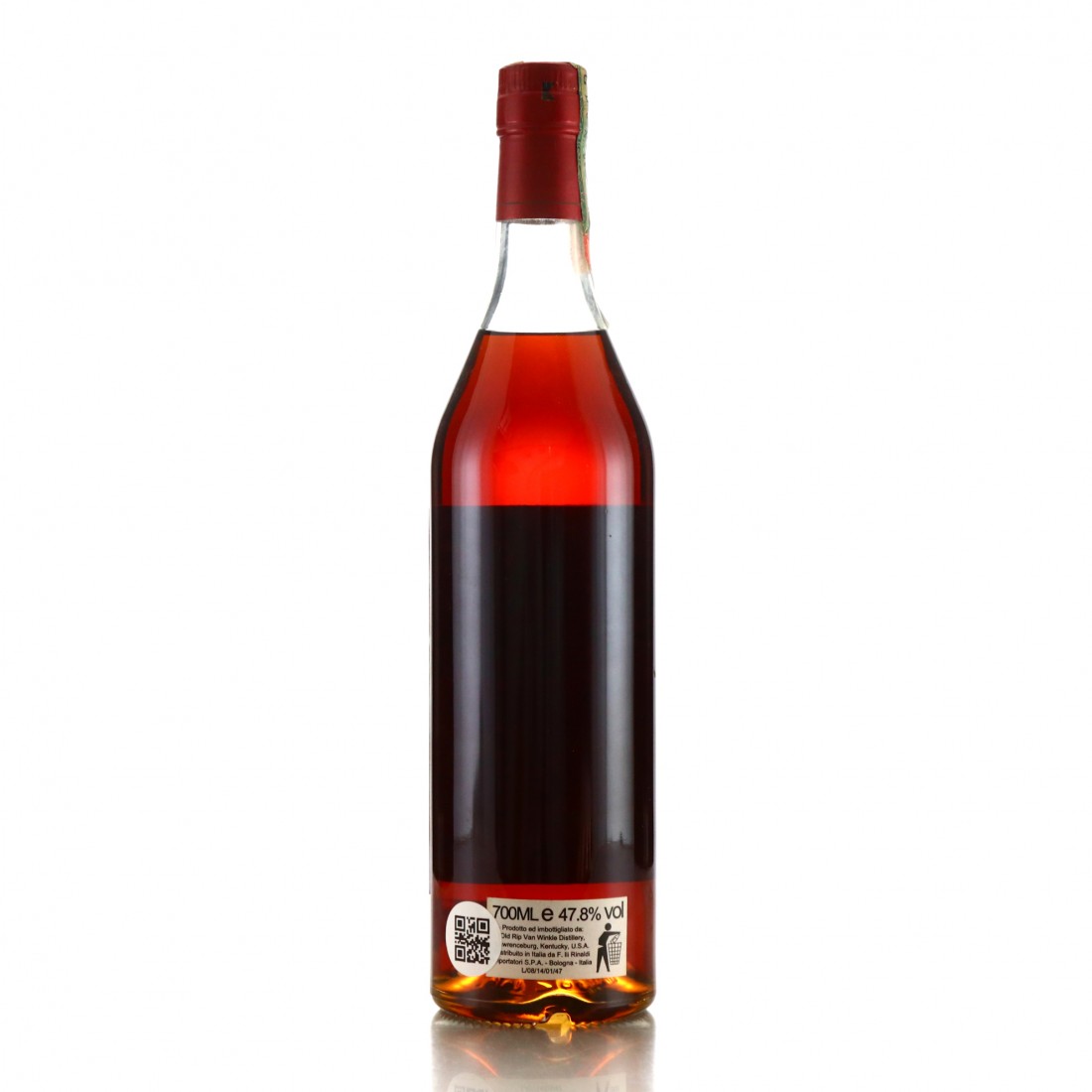 As sought after as the other members of the 'family,' this product is the Van Winkle Family Reserve Rye.

This is bottle A1757, and was bottled at Old Commonwealth in 1999 when the whiskey was actually now 14 years old, despite the label. The Van Winkle Family Reserve rye actually continued to age in cask until 2004 when it was eventually tanked at Buffalo Trace. They are all labelled as 13 years old regardless.

The Family Reserve Rye is presumed to have been distilled at Medley in Owensboro, and acquired by Julian III through his connection to Stitzel-Weller, as United Distillers closed it down in the same year. The whiskey is also thought to have had the 1980s-distilled "Cream of Kentucky" rye from George T. Stagg blended though it prior to being tanked in 2004. The rye was the last of the remaining reserves that Julian Van Winkle III warehoused at Buffalo Trace by the time it finally ran out in 2016. A new batch distilled at Buffalo Trace was first bottled in 2018.