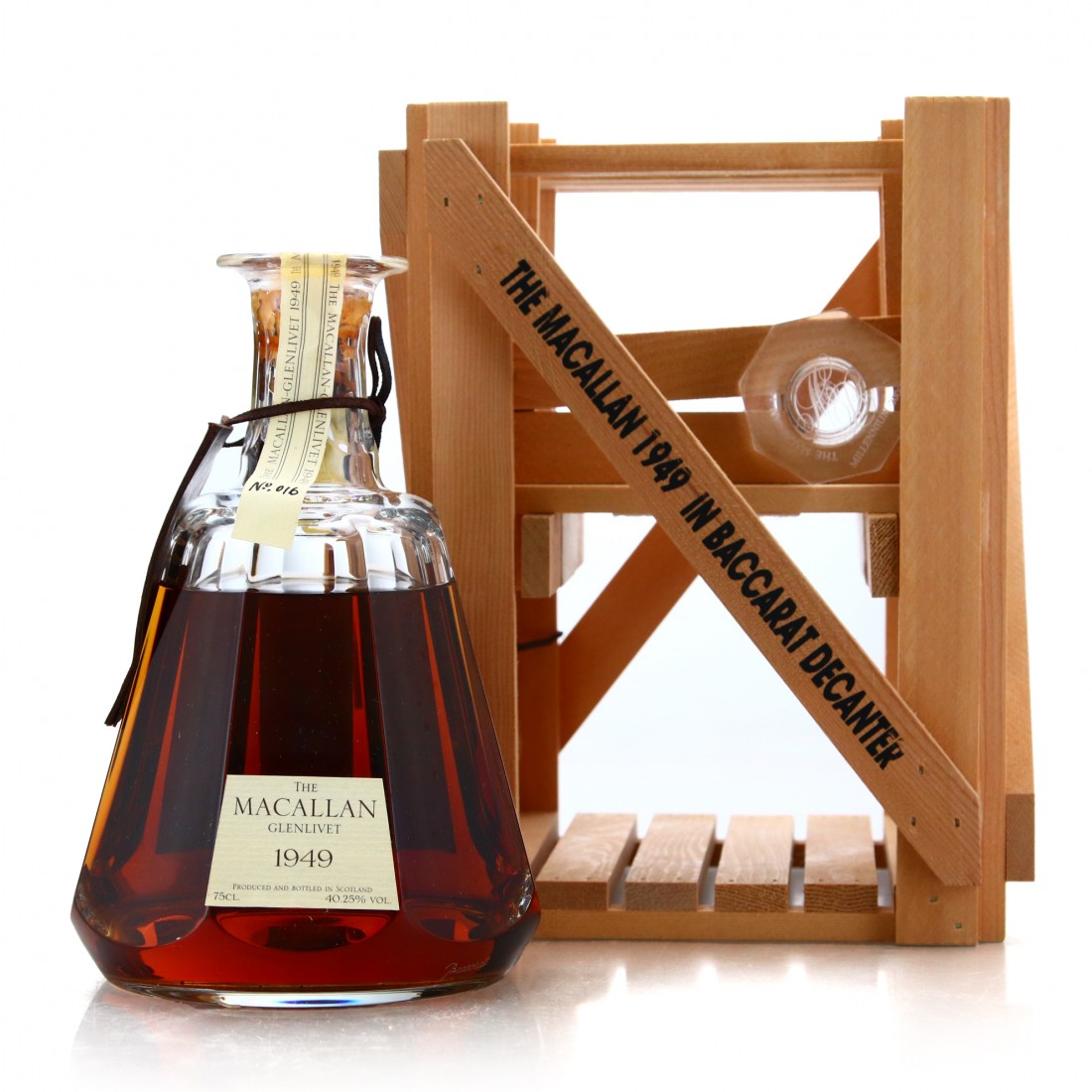 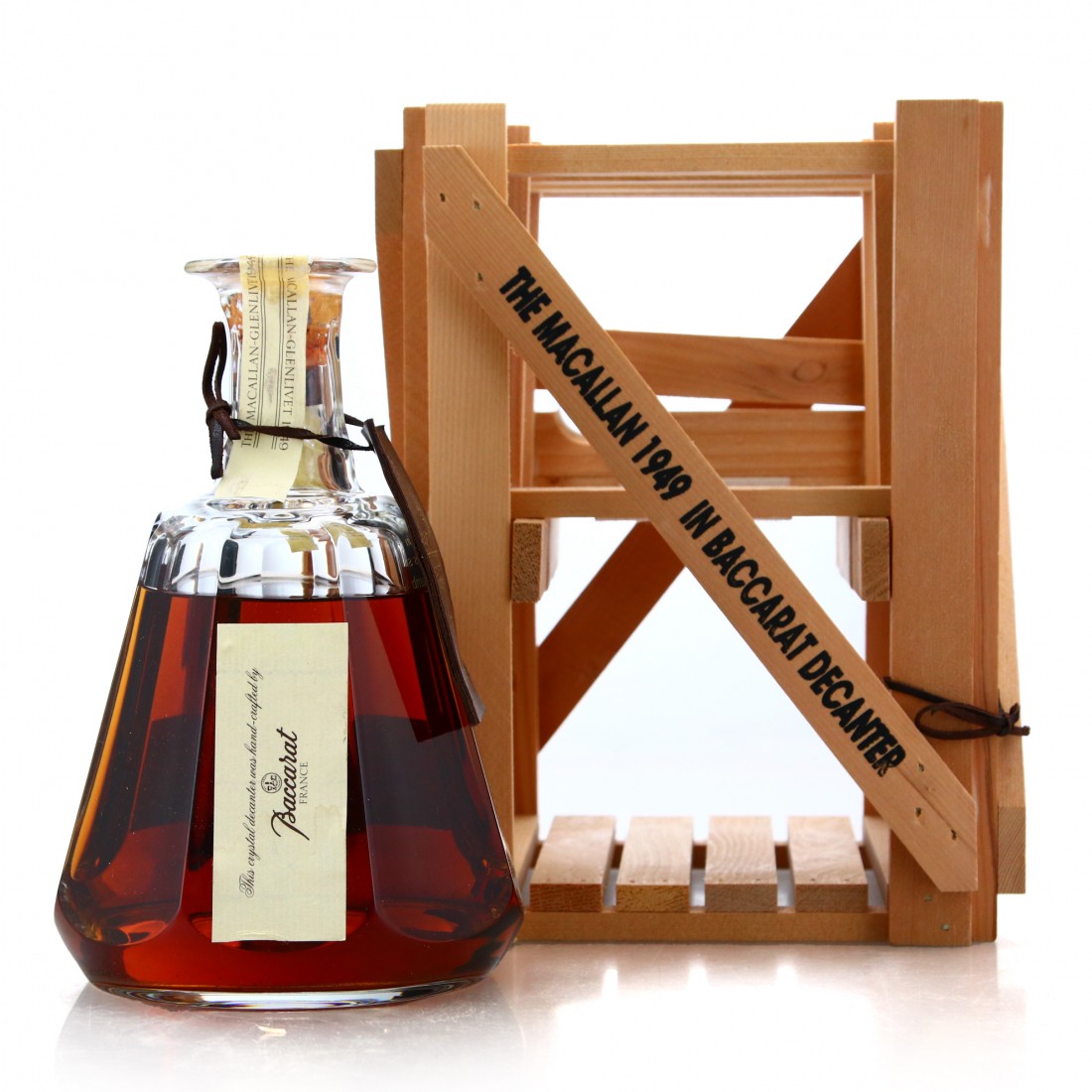 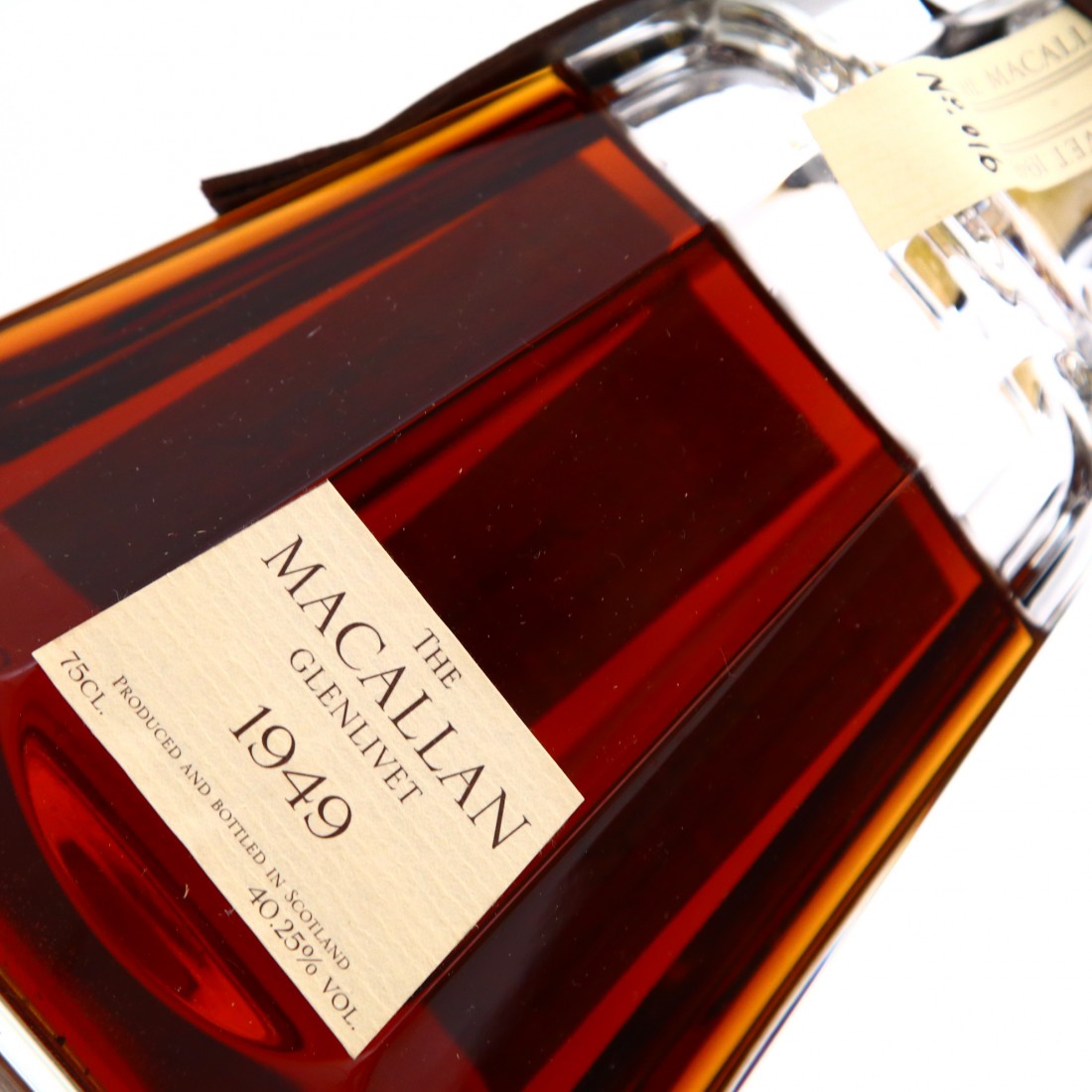 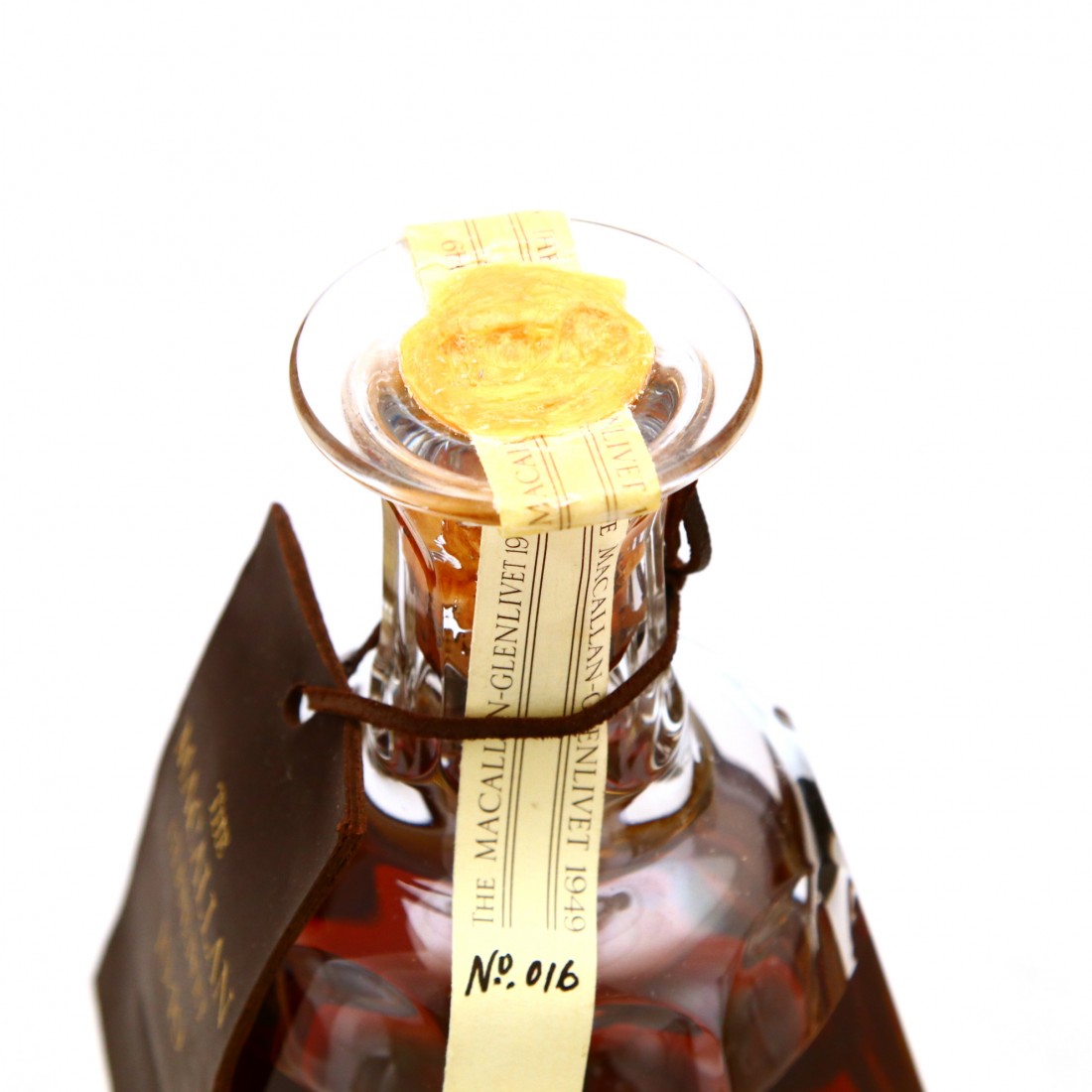 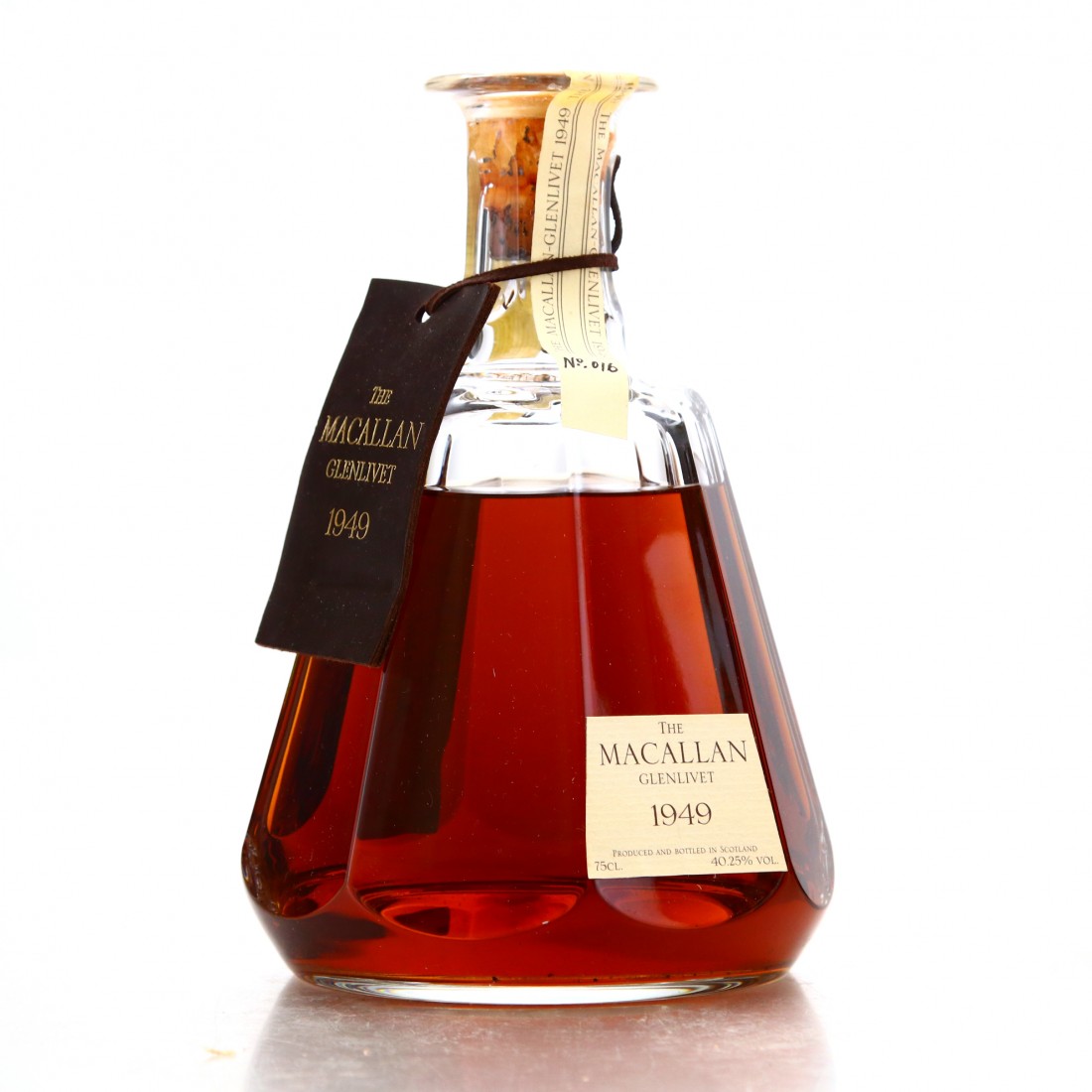 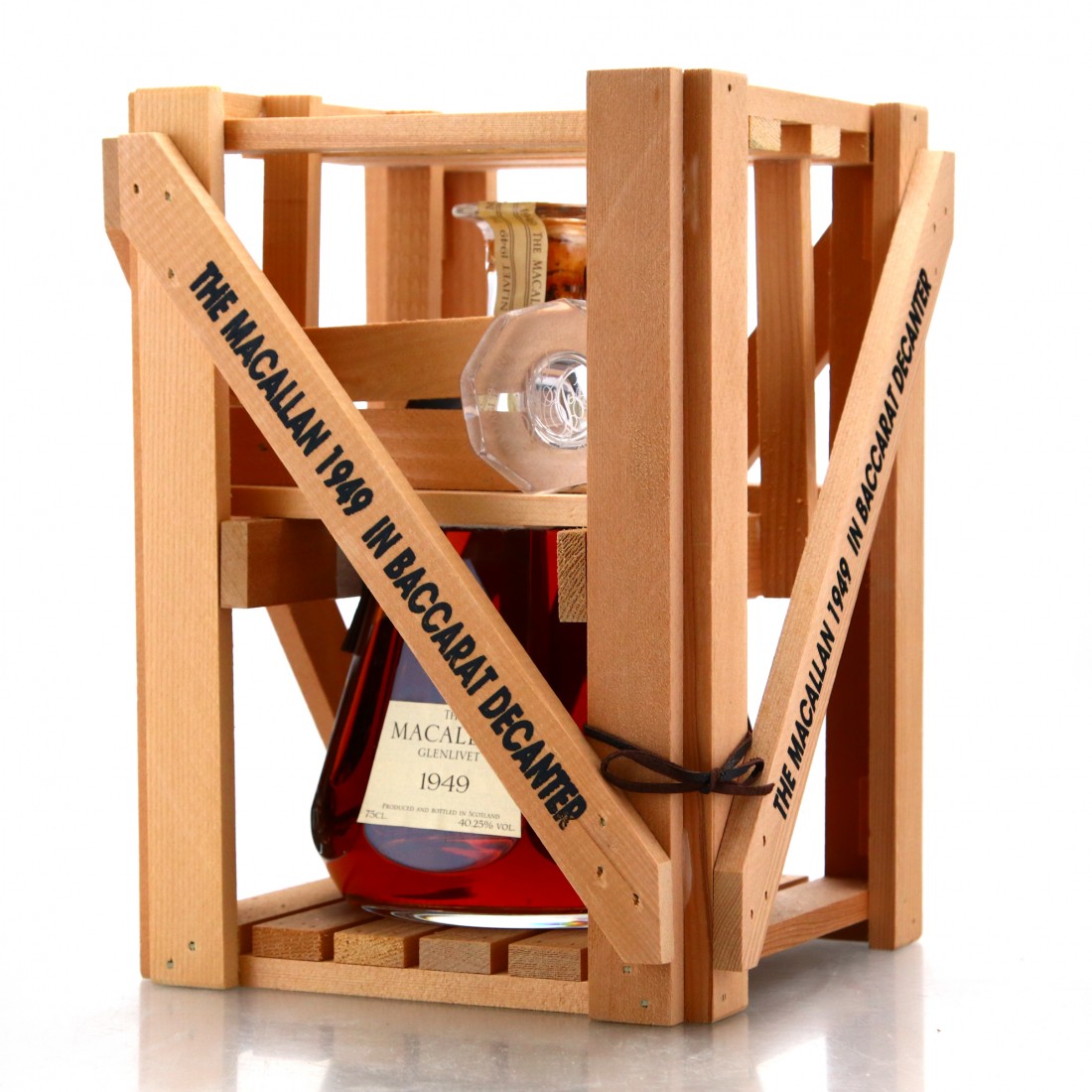 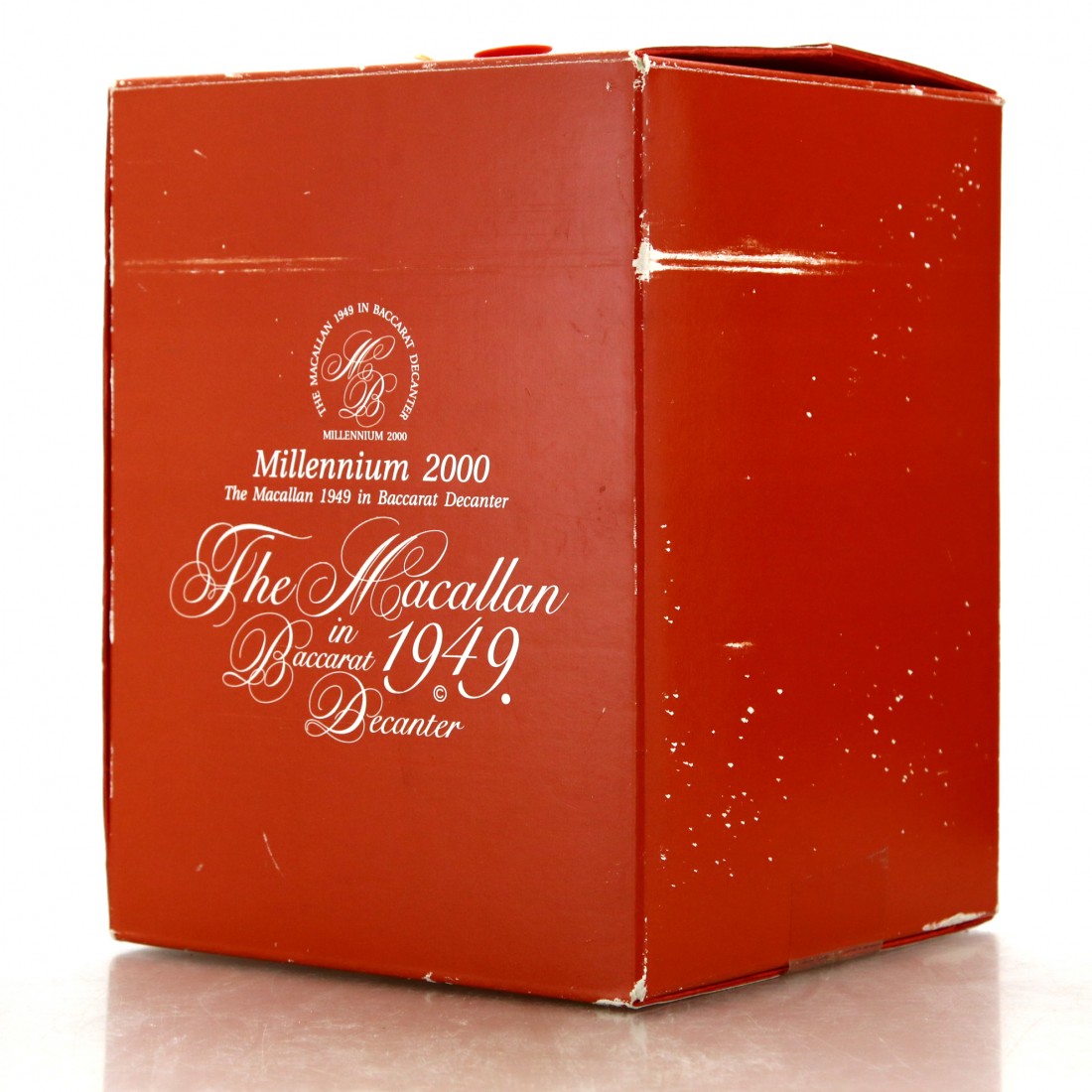 A truly stunning and unbelievably rare bottle of post-war Macallan, distilled in 1949 and matured for circa 50 years before bottling at the turn of the millennium.

This was fully matured in sherry cask #852, and bottled for a private Japanese company.

This is one of only 160 Baccarat crystal decanters produced.