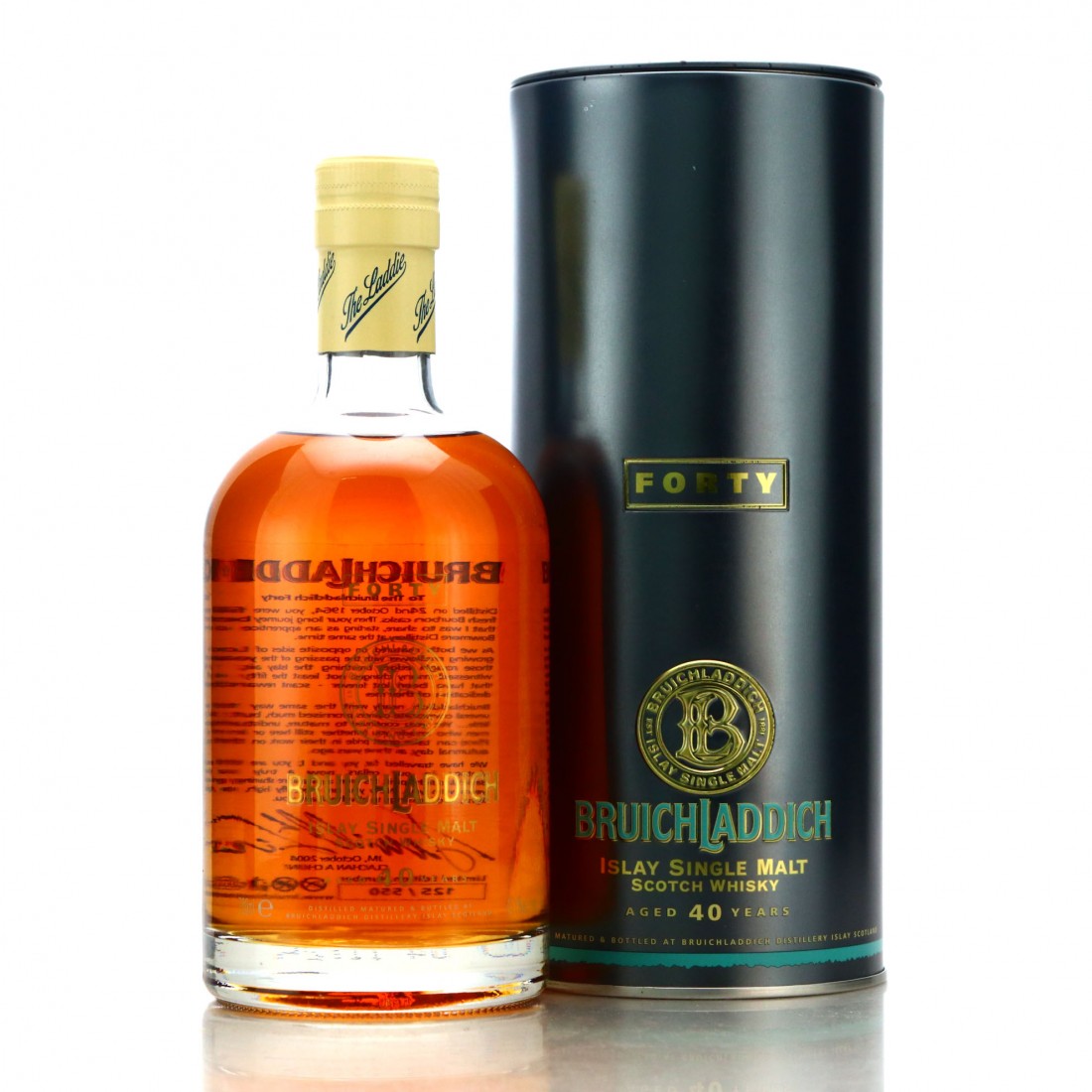 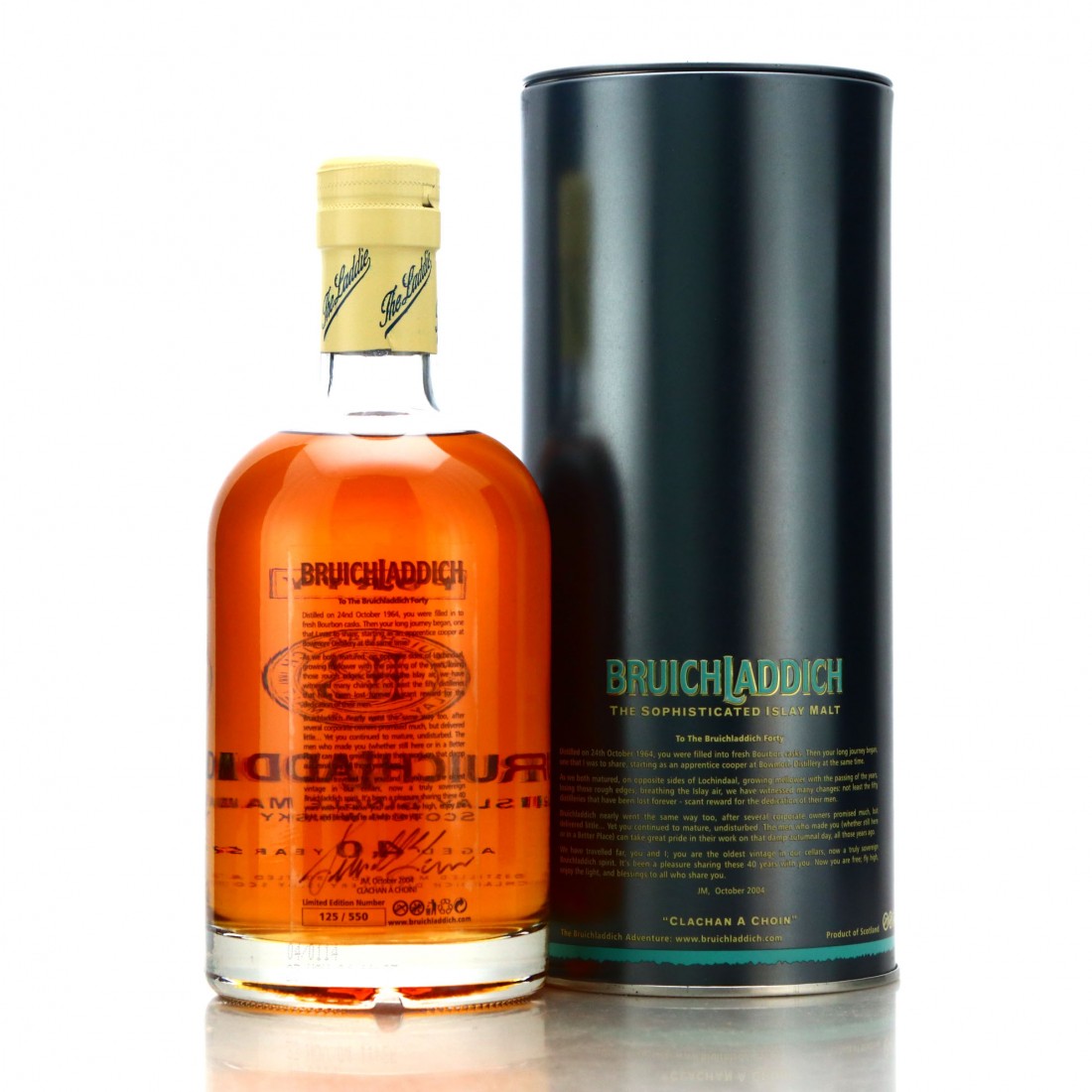 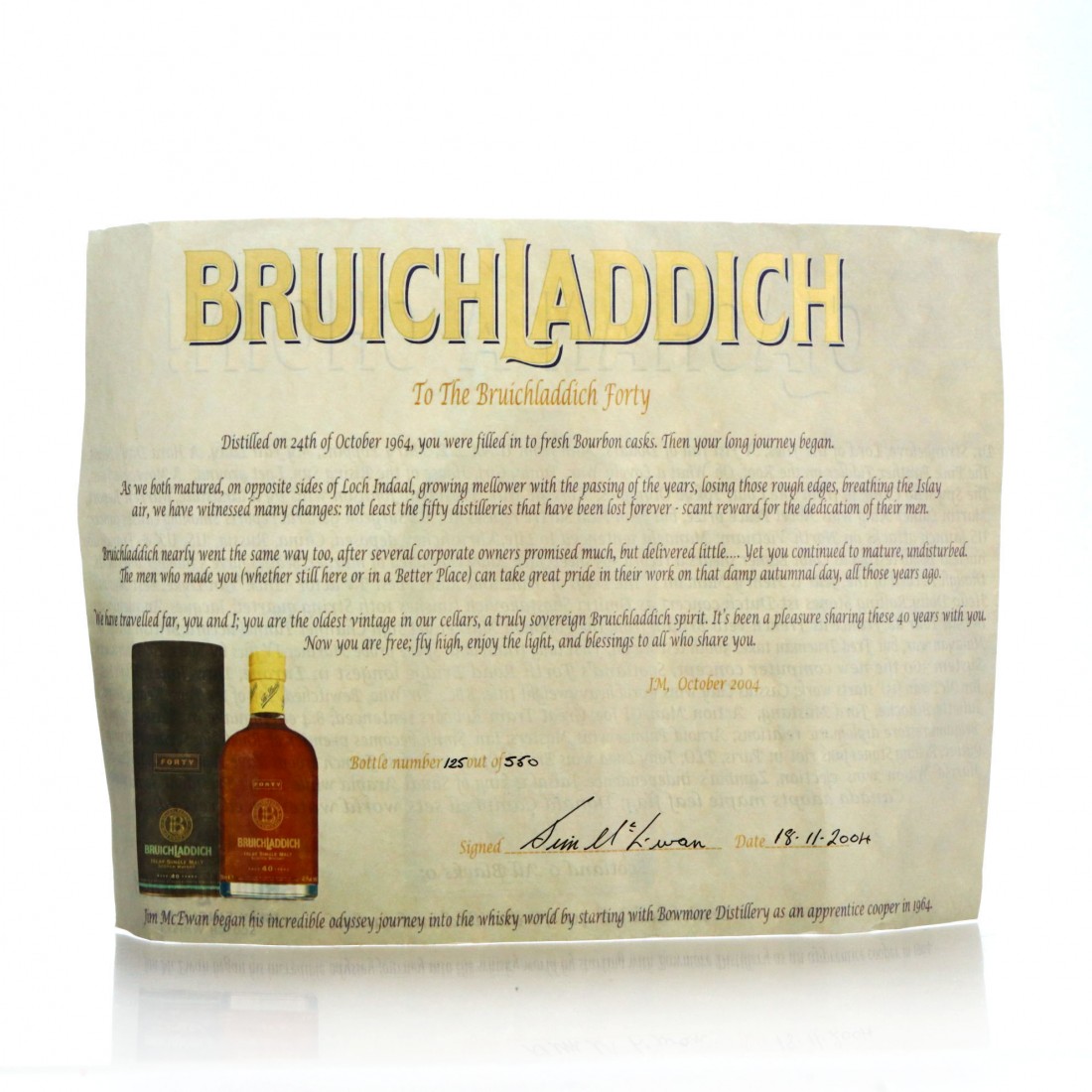 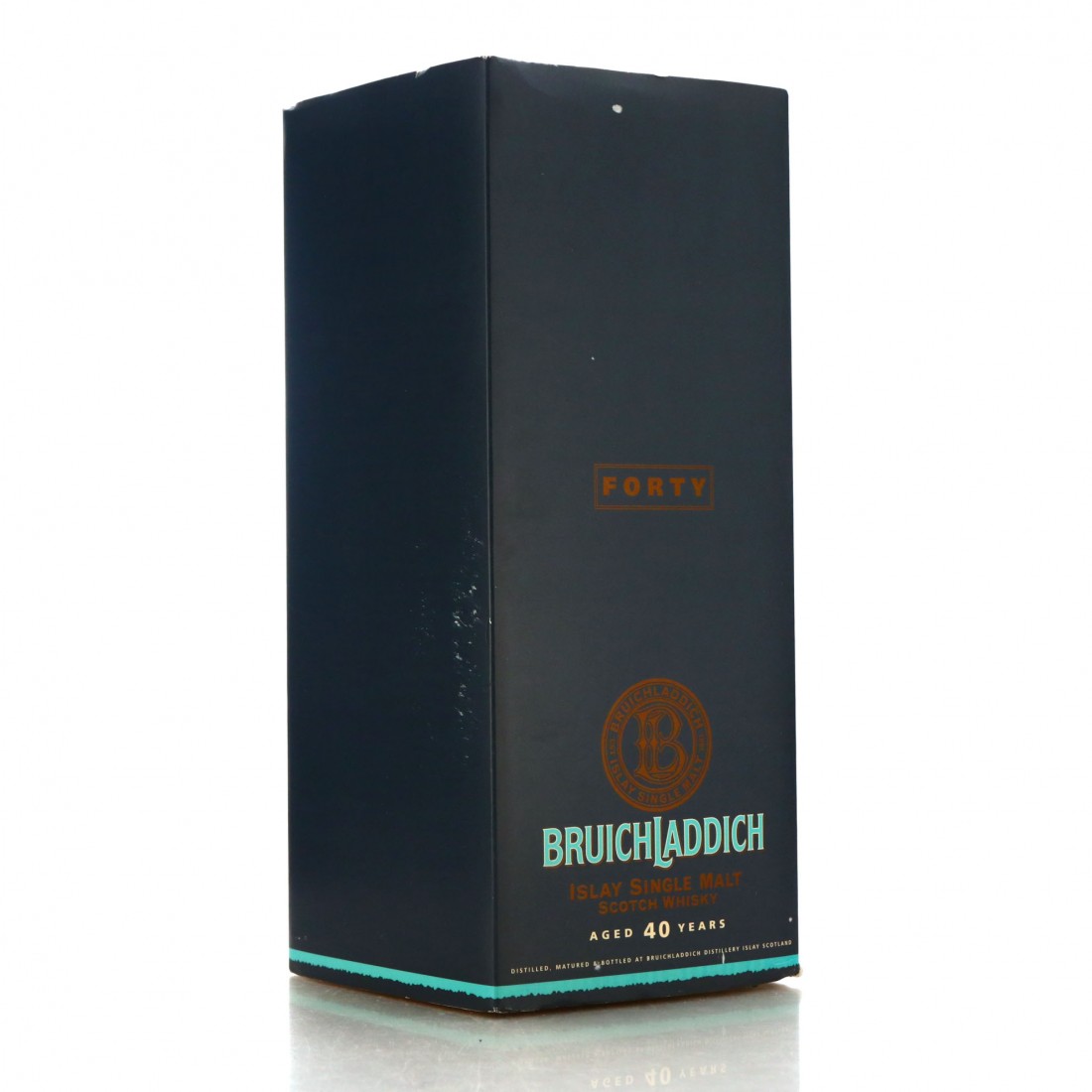 This mythical 40 year old Bruichladdich is the oldest official release from the distillery.

Distilled on 24th October 1964 and matured in a single bourbon cask until bottling in November 2004.

There were only 550 bottles released of this exceptional Islay malt.