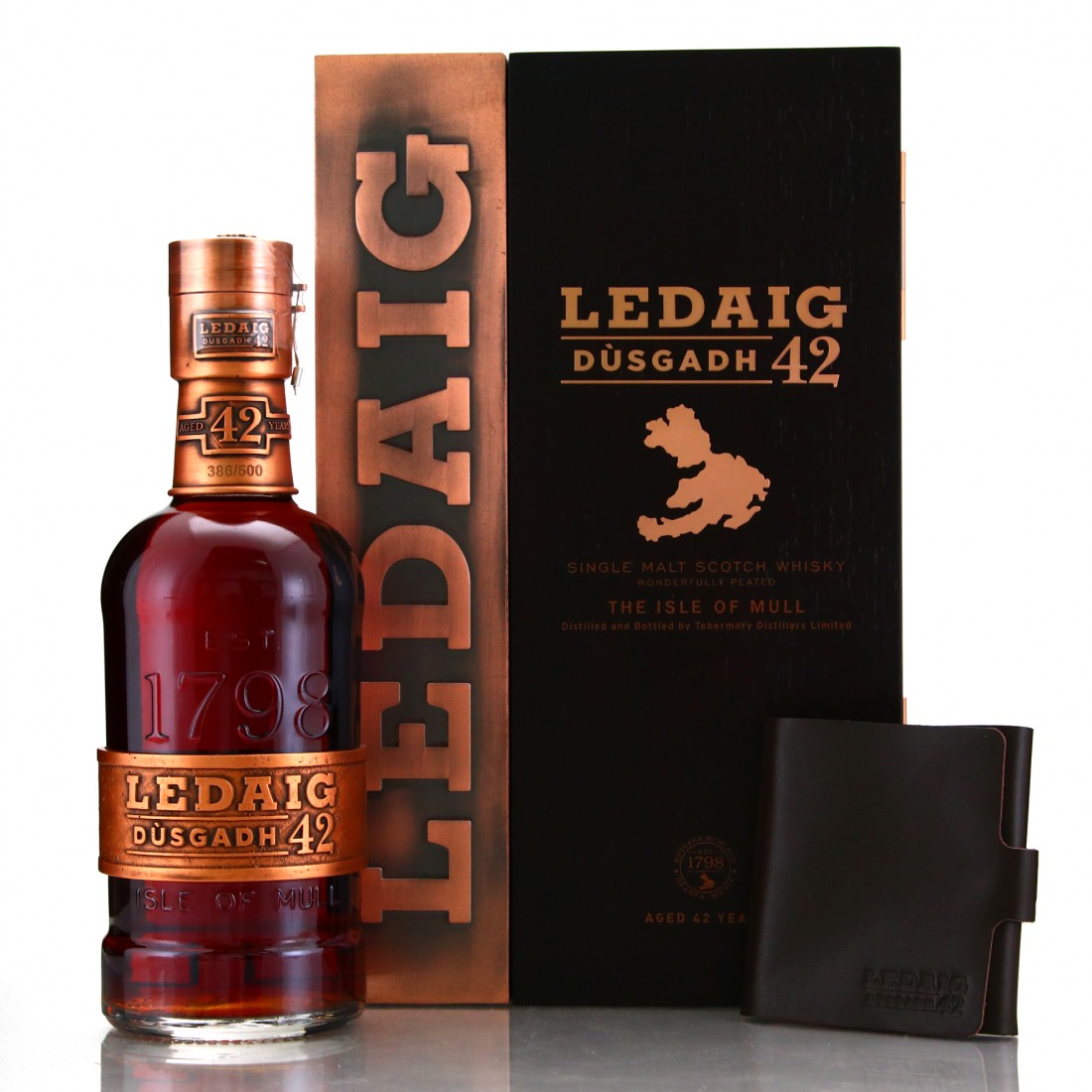 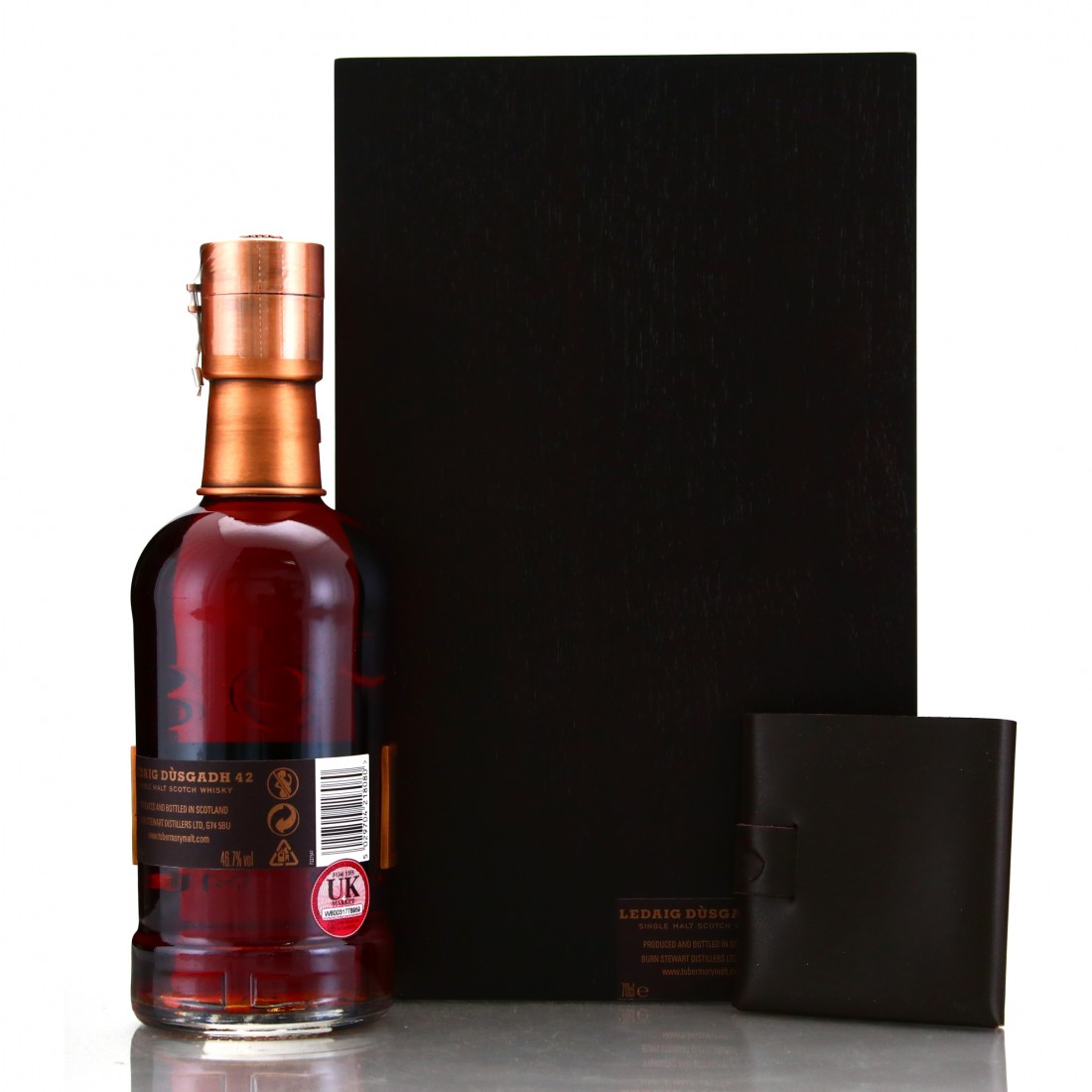 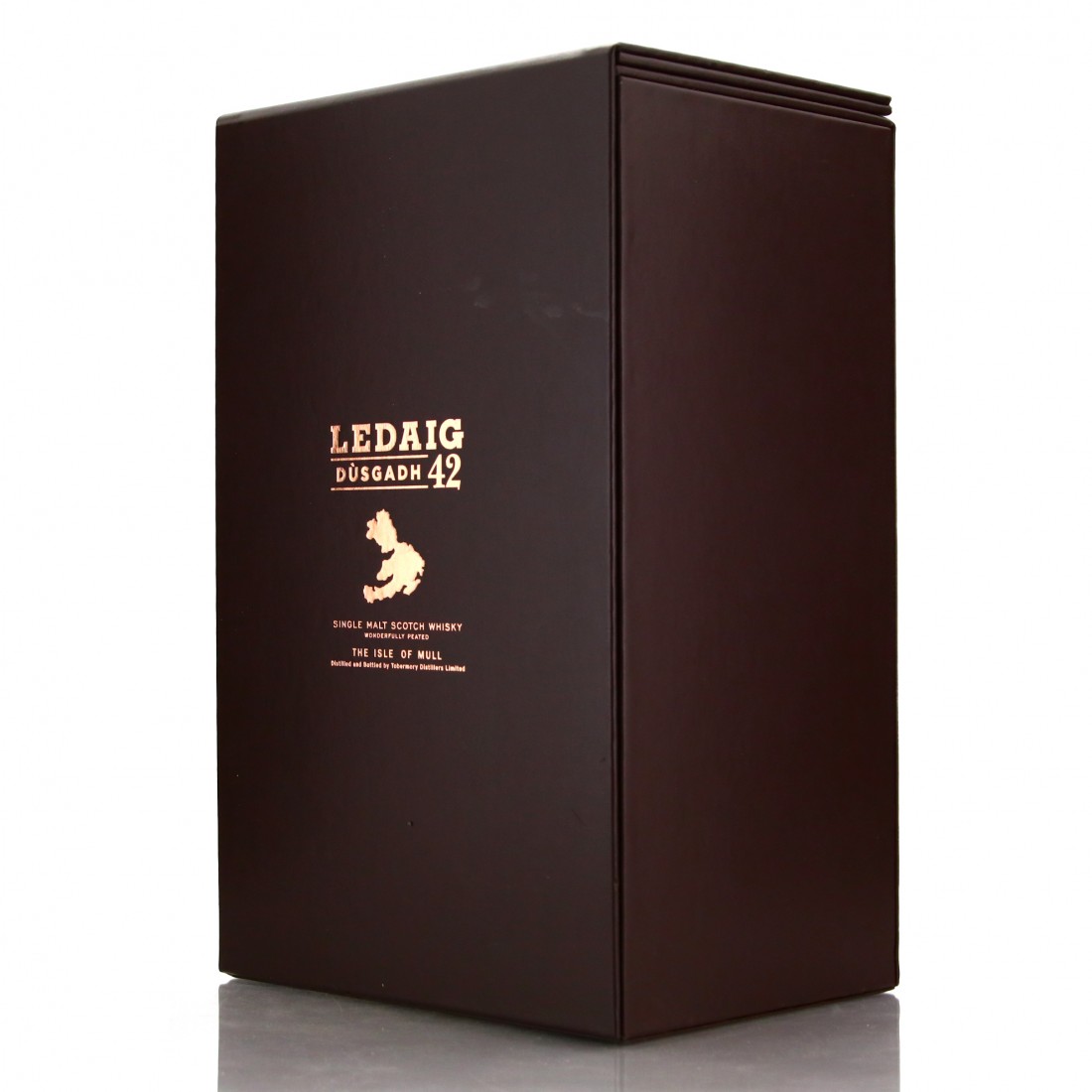 When often talk about how important vintages can be to the whiskies produced and the reputation these whiskies have today, in Ledaig's case there is no year more important than the 1972. Tobermory had been mothballed for almost four decades before the distillery was brought back to life in 1972, and this incredible vintage bottled at 42 years of age is some of the last spirit distilled on the new stills installed at the distillery that year. Hence the name 'Dusgadh,' which is Gaelic for awakening. These stills were retired in 2014 when this was released.

The memento card included is made from copper taken from the old stills that produced the spirit within the bottle. The card entitles the holder to receive a Ledaig 10 Year Old Deanta in 2024, a bottling taken from some of the first spirit produced by the new stills.