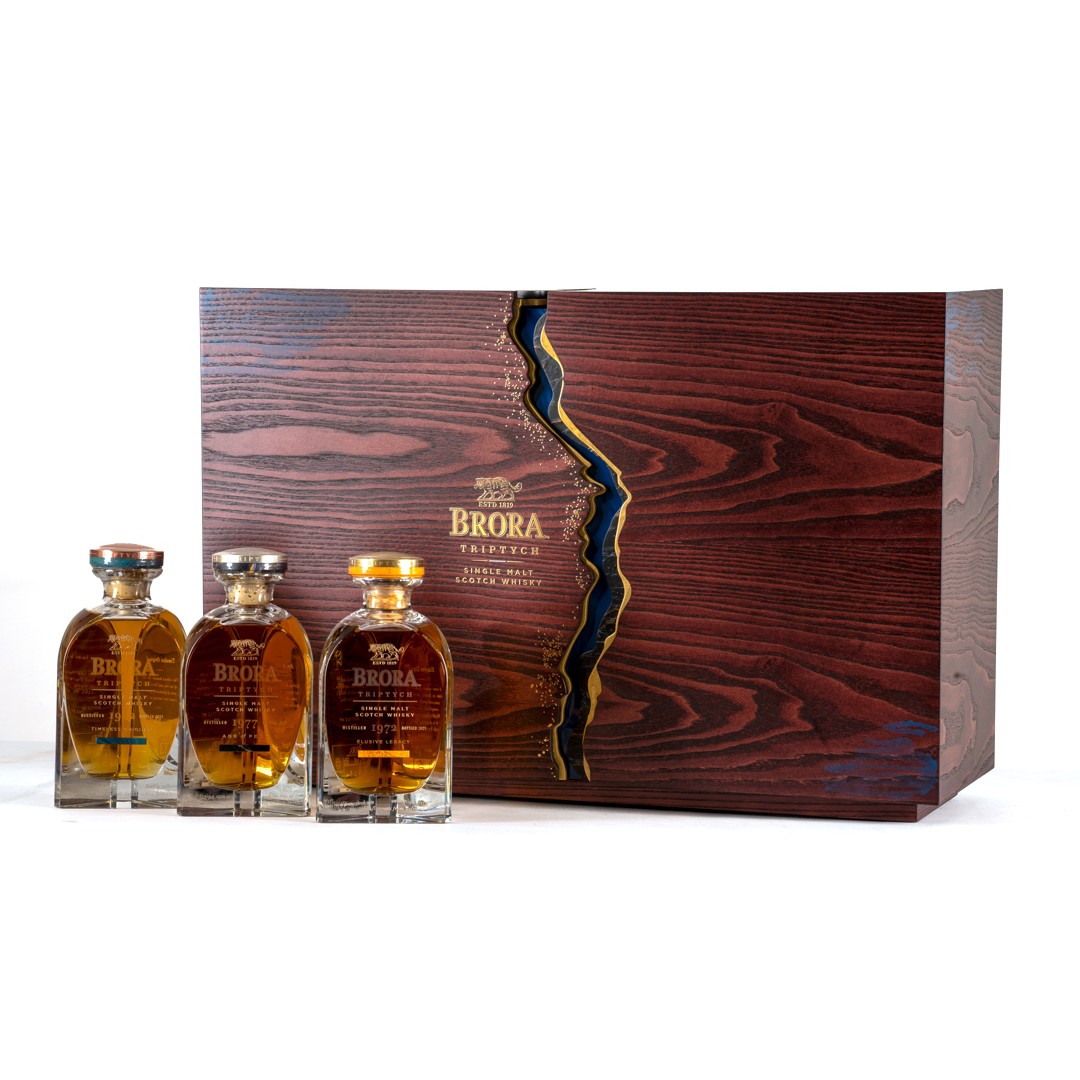 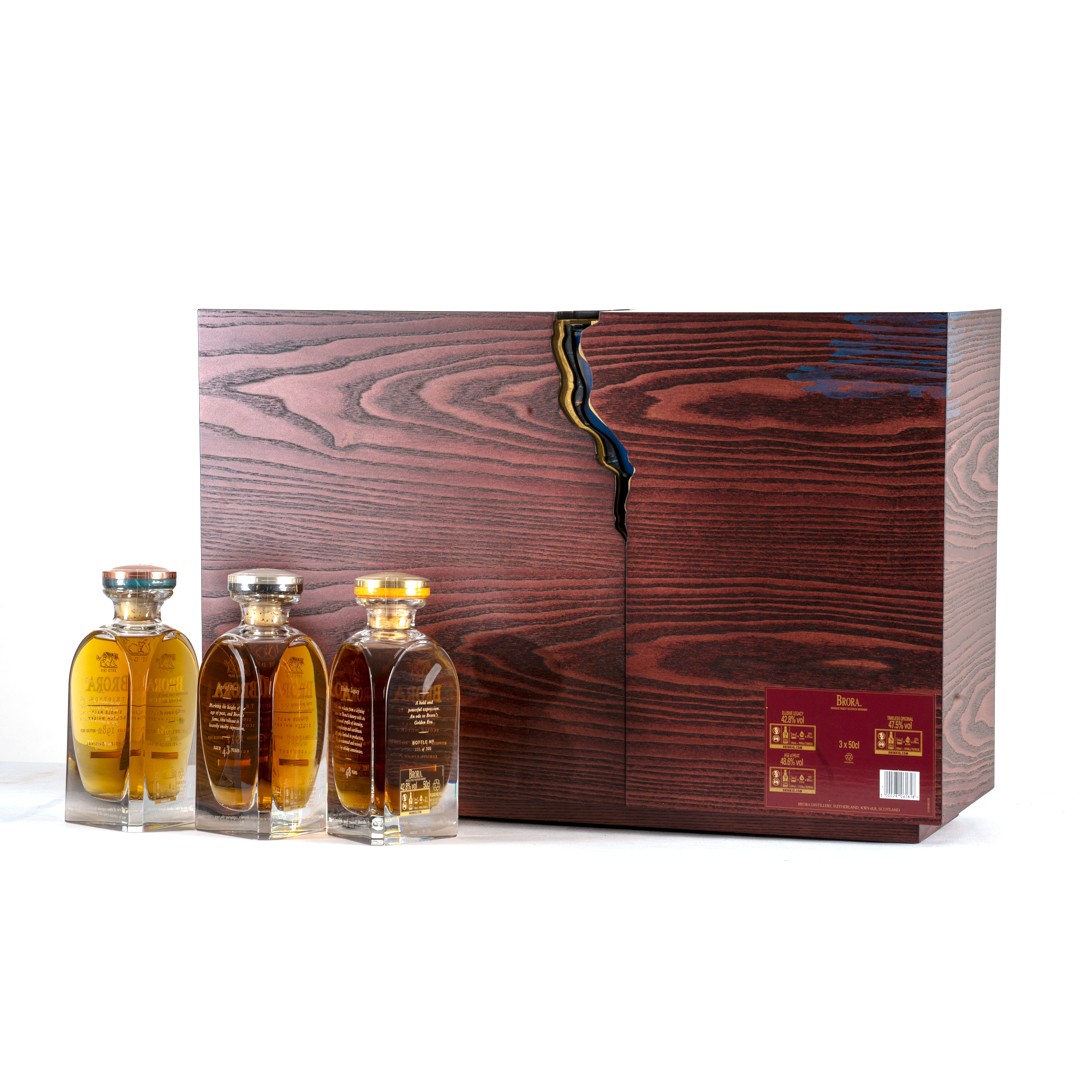 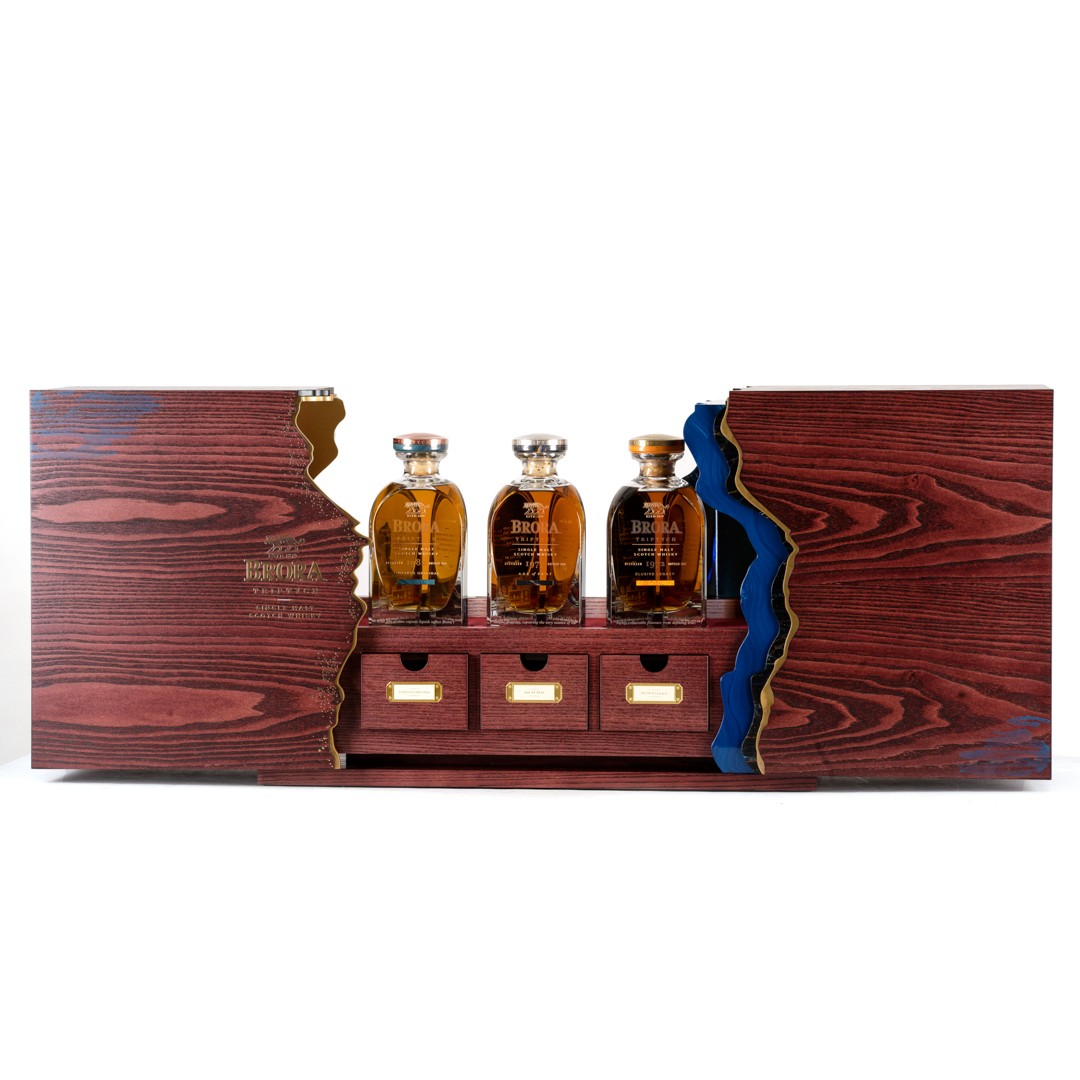 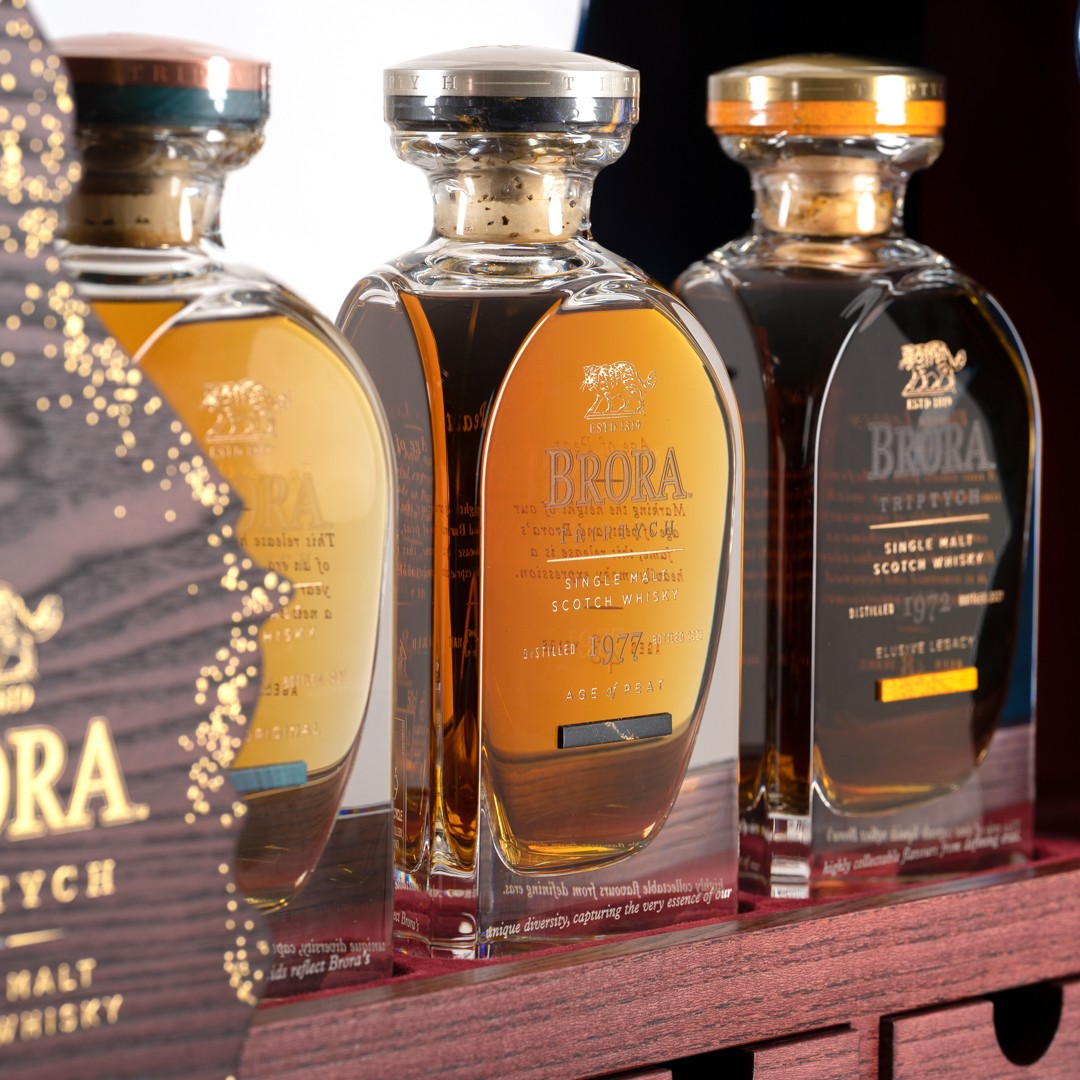 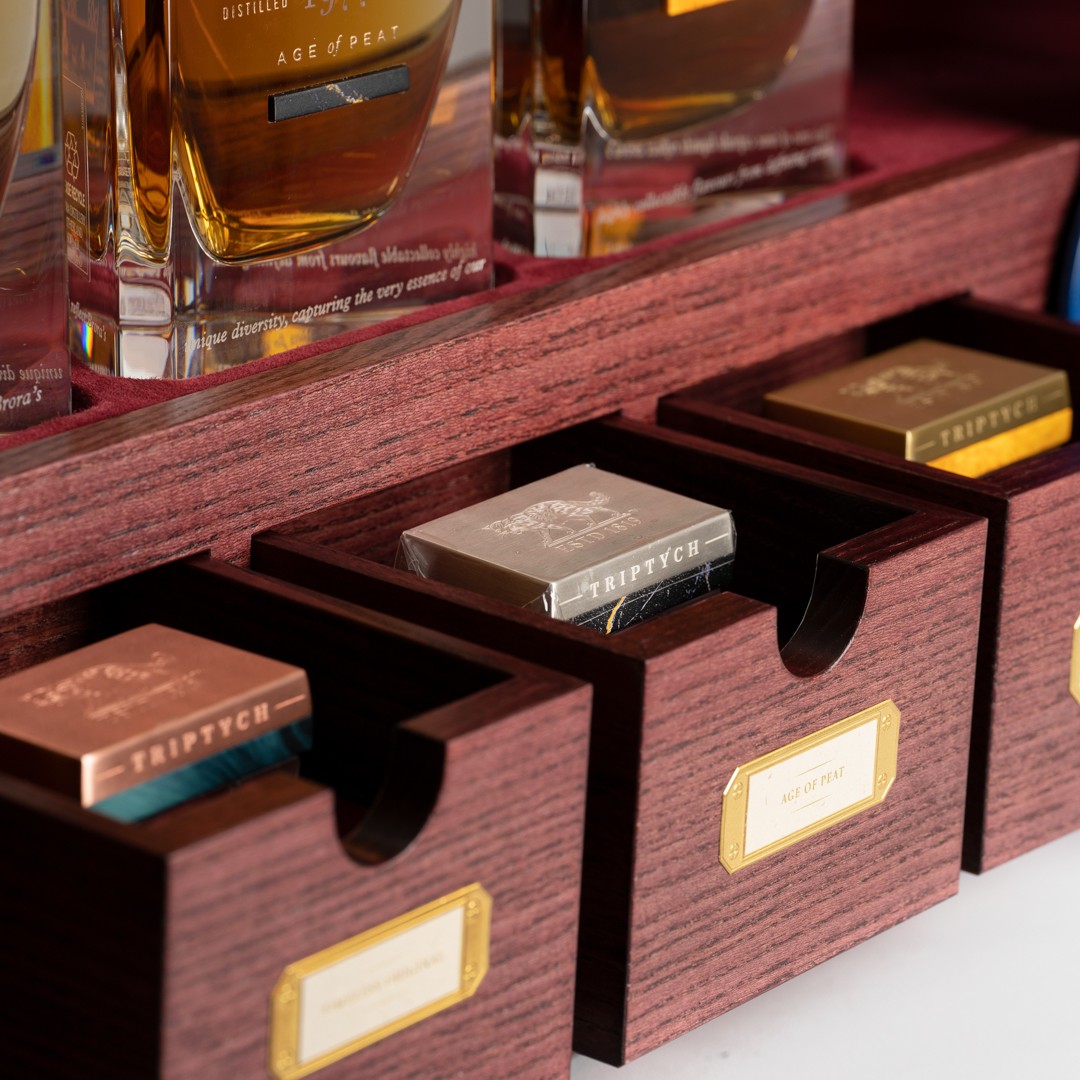 A spectacular release which was produced to celebrate the reopening of the Brora distillery in 2021.

Titled Triptych, the set includes three malts which each represent a different and iconic style of spirit from the distillery. It includes:

The bottles are presented in an impressive wooden presentation case which includes three weighty decanter stoppers for each of the bottles. It also carries a small book which details each of the whiskies in this beautiful release.

Note: This lot does NOT include the invitation to the Brora distillery which was originally included in this presentation set

Due to the size and weight of this item, it will include a sixteen-bottle shipping fee.