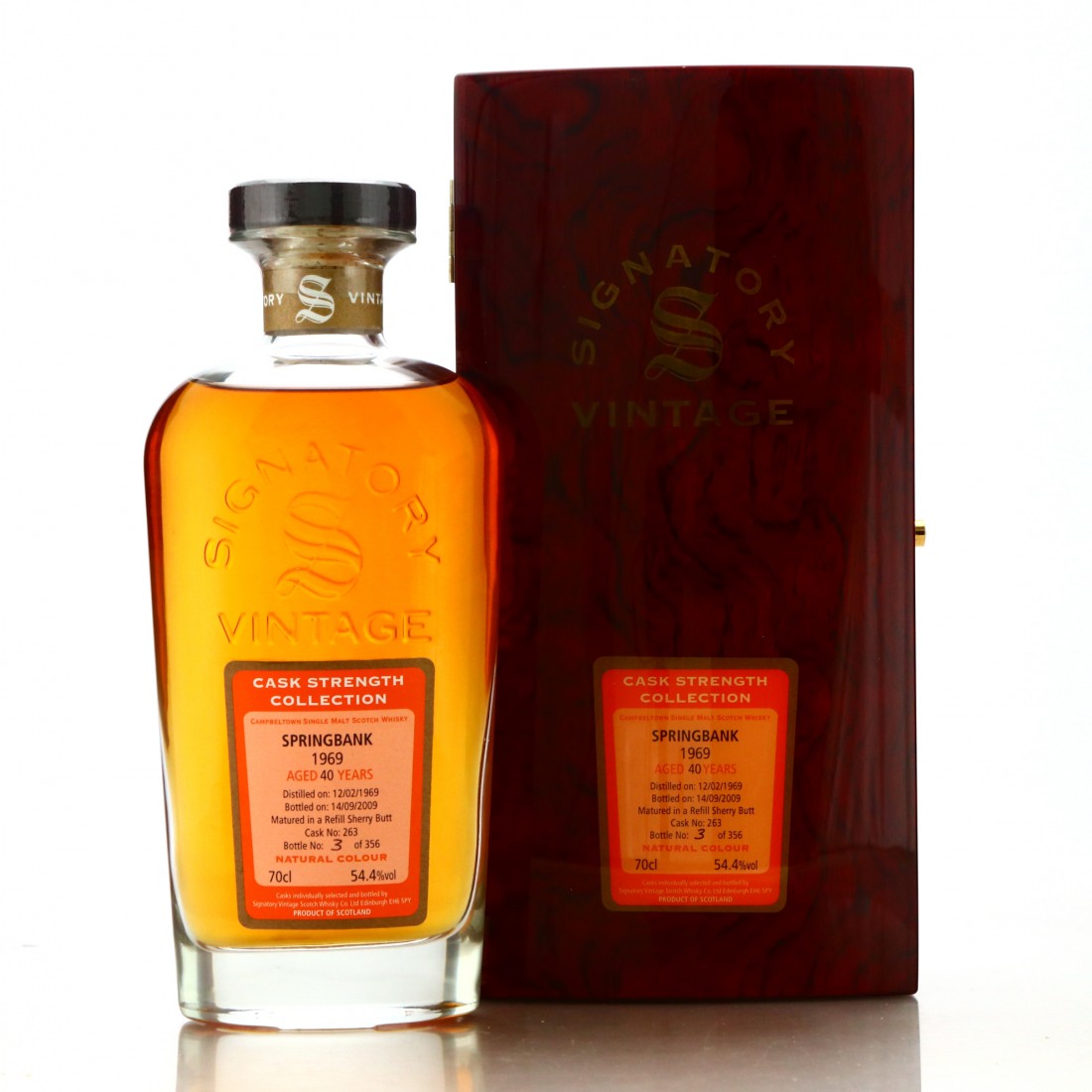 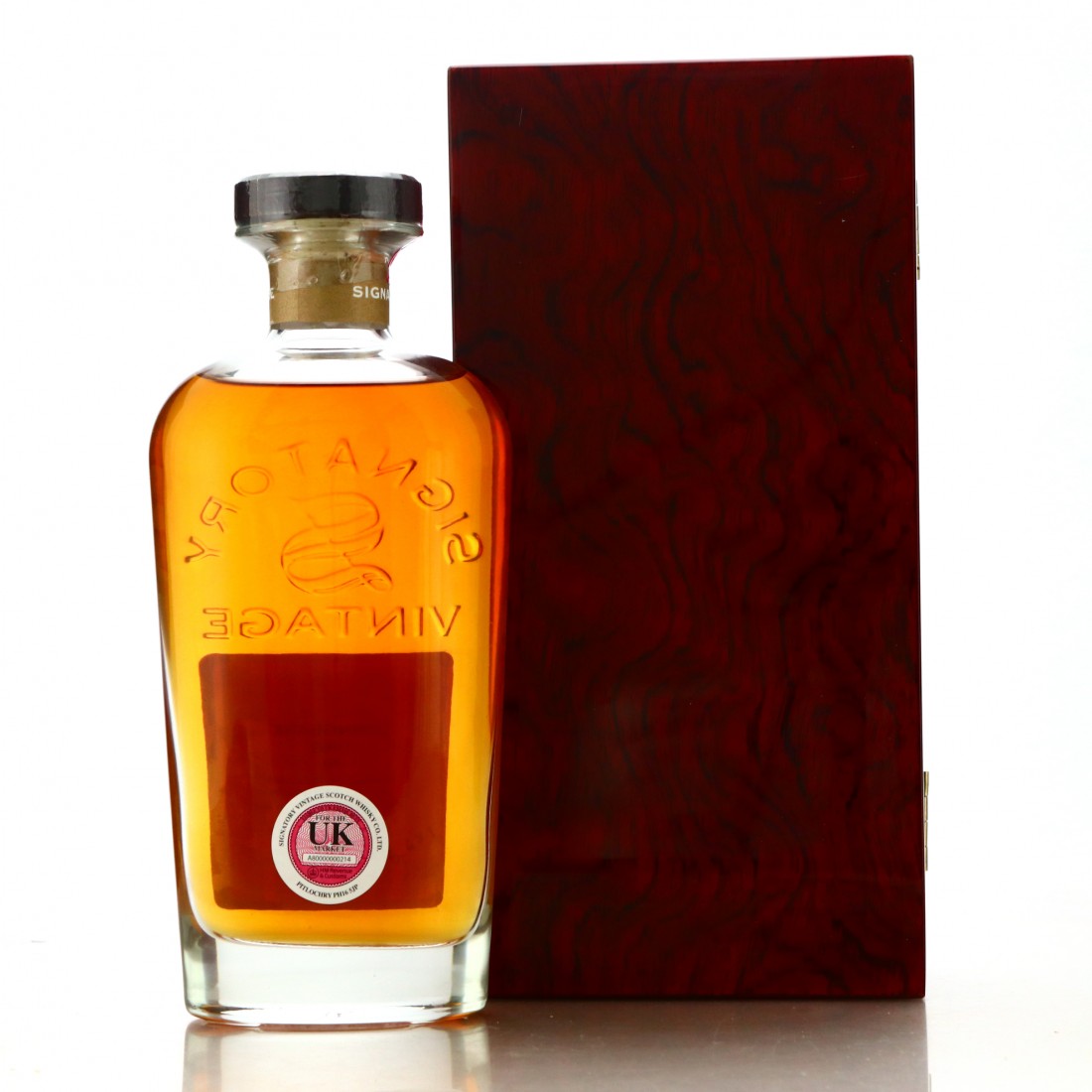 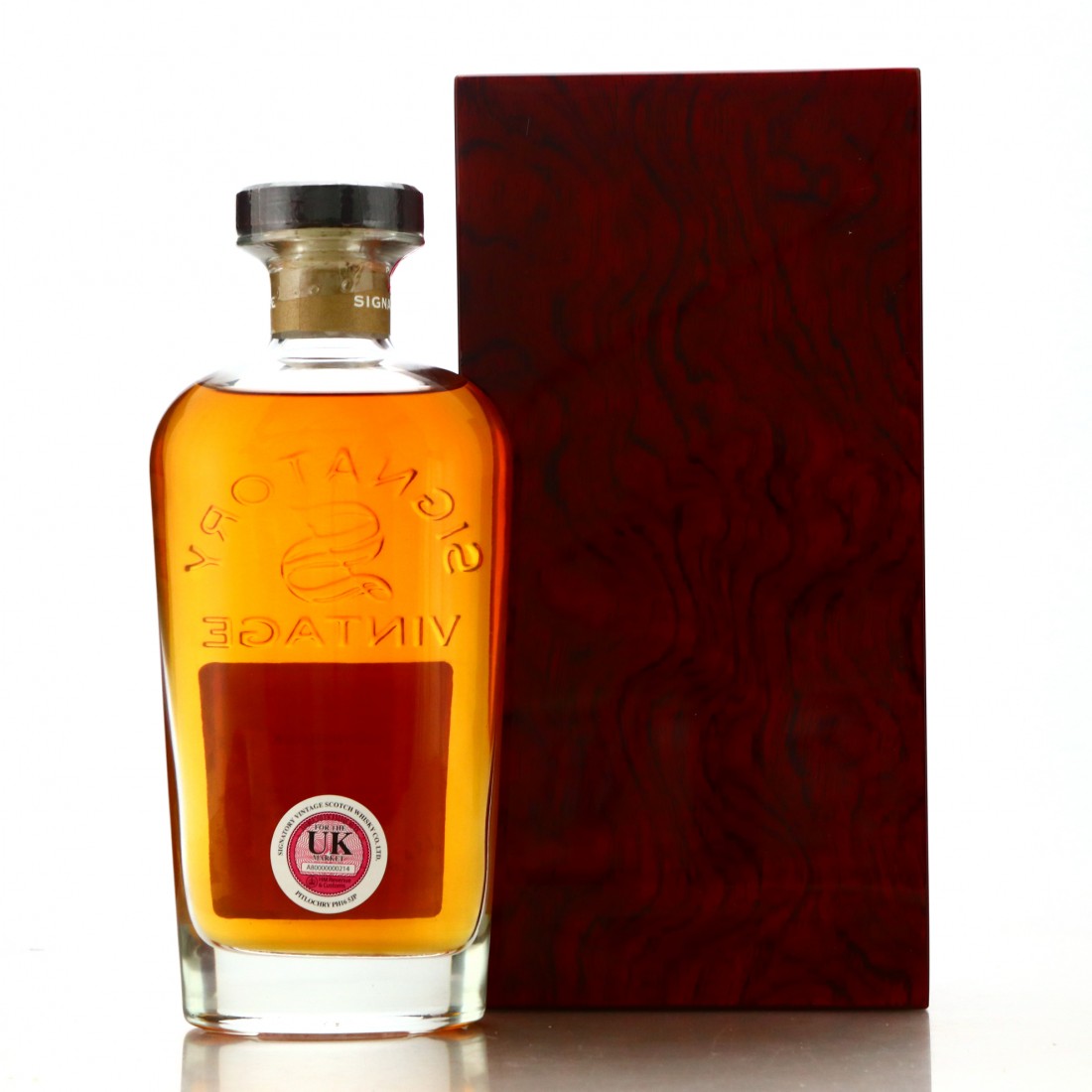 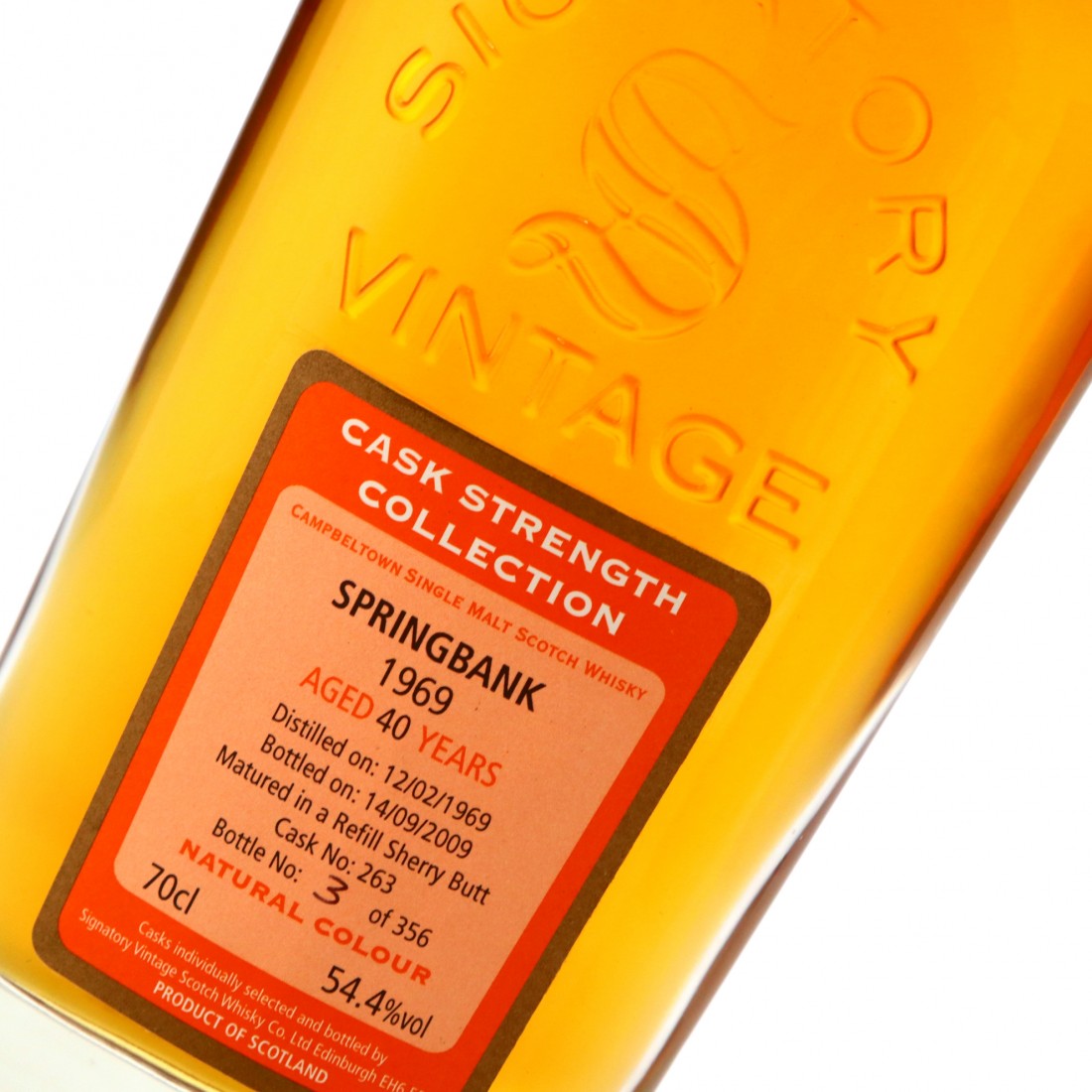 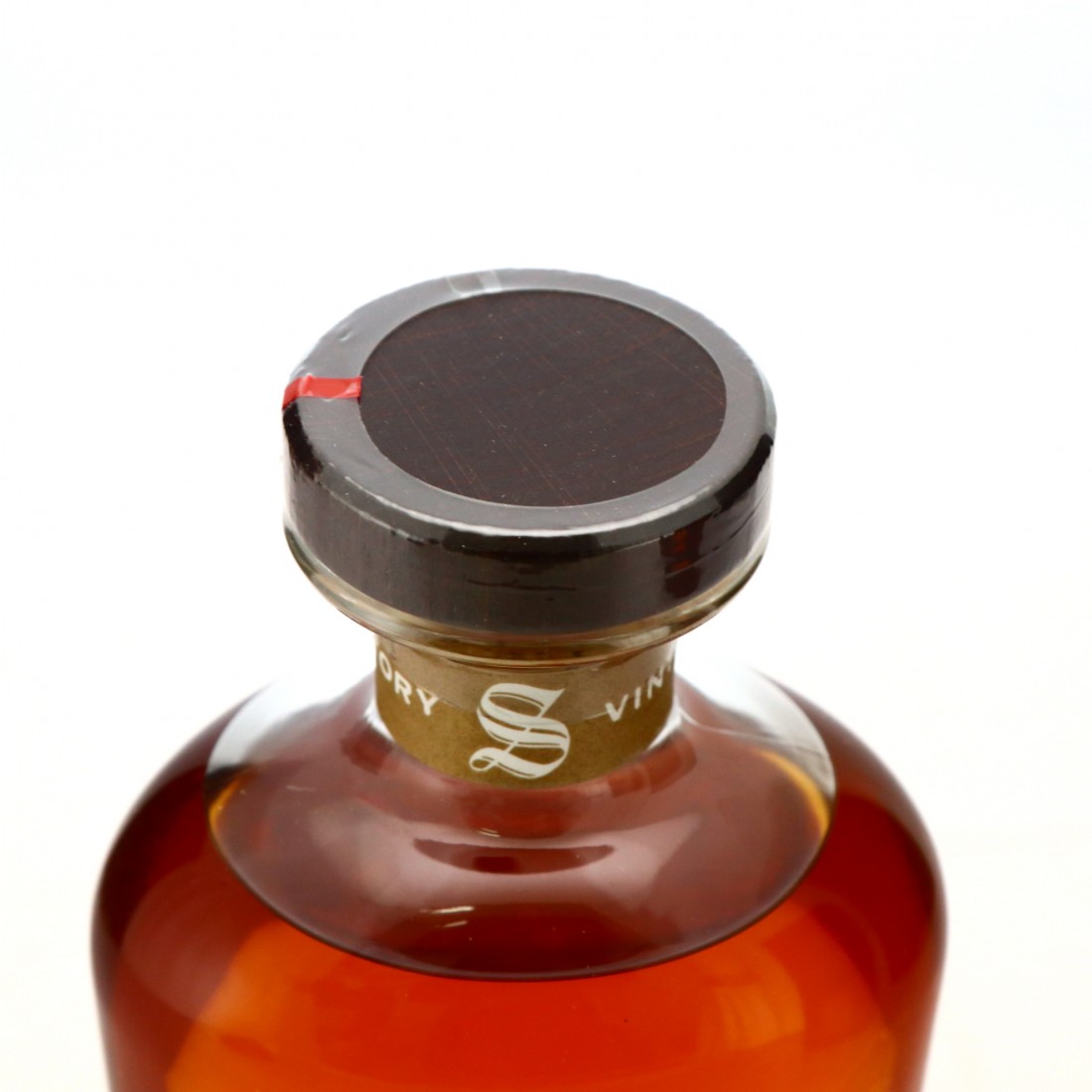 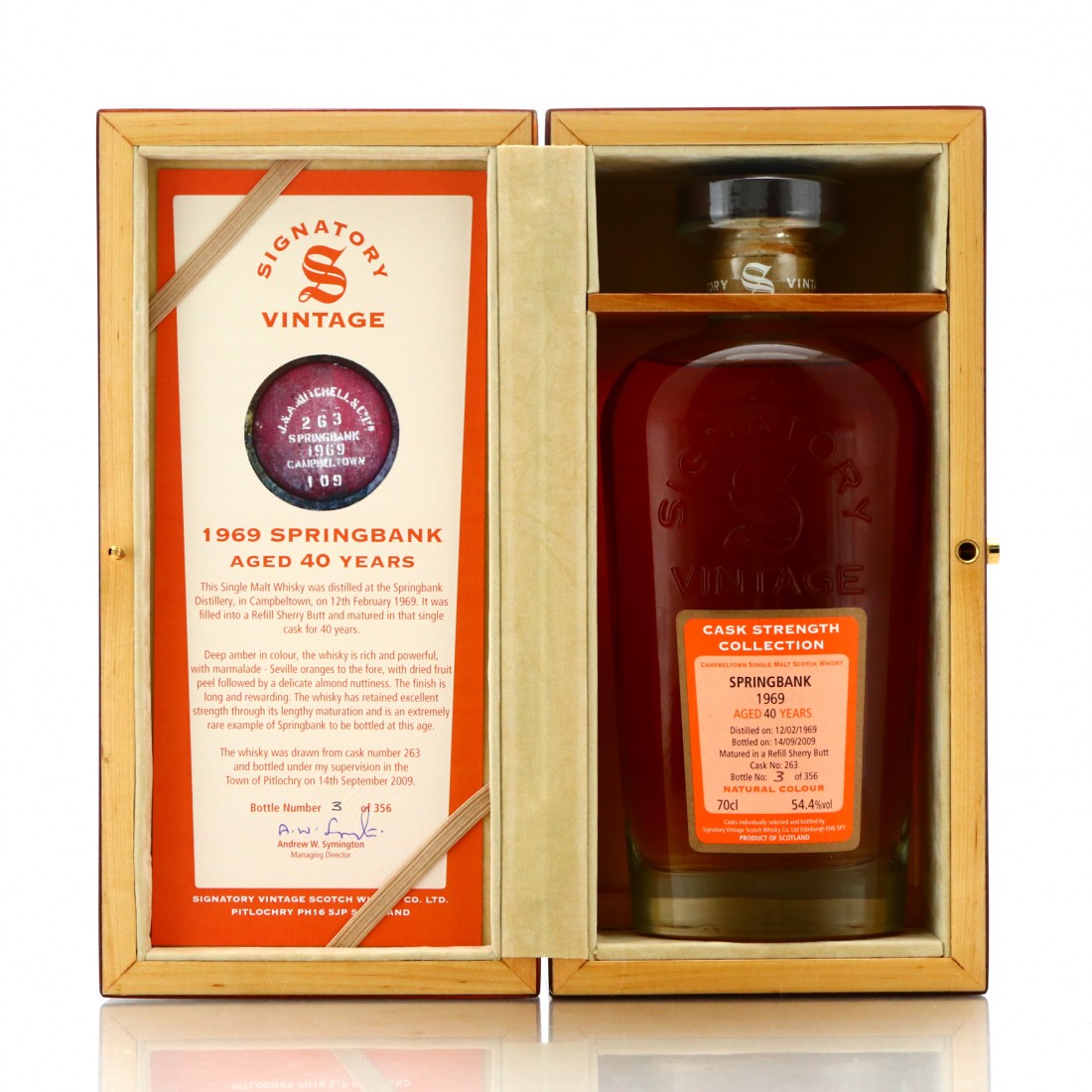 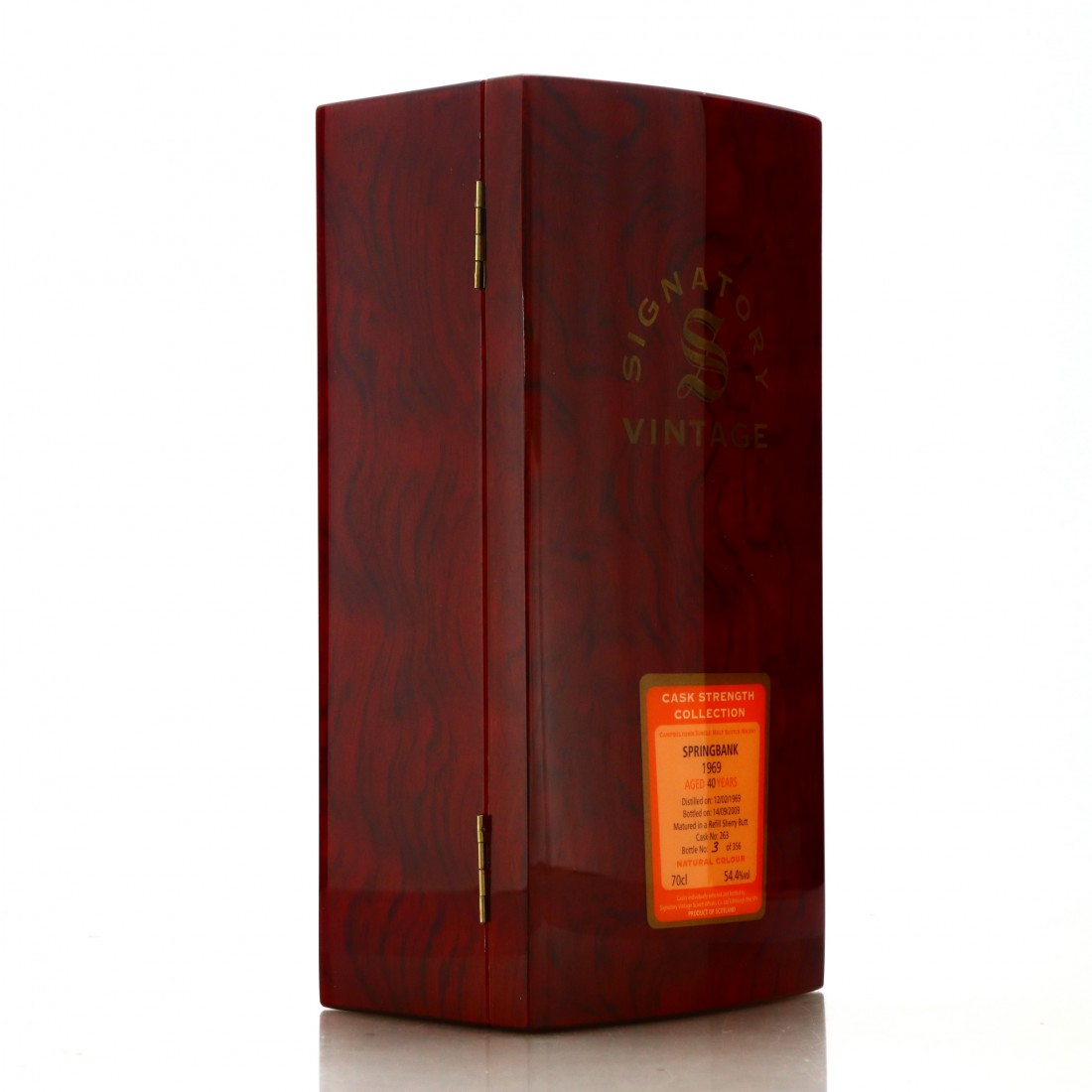 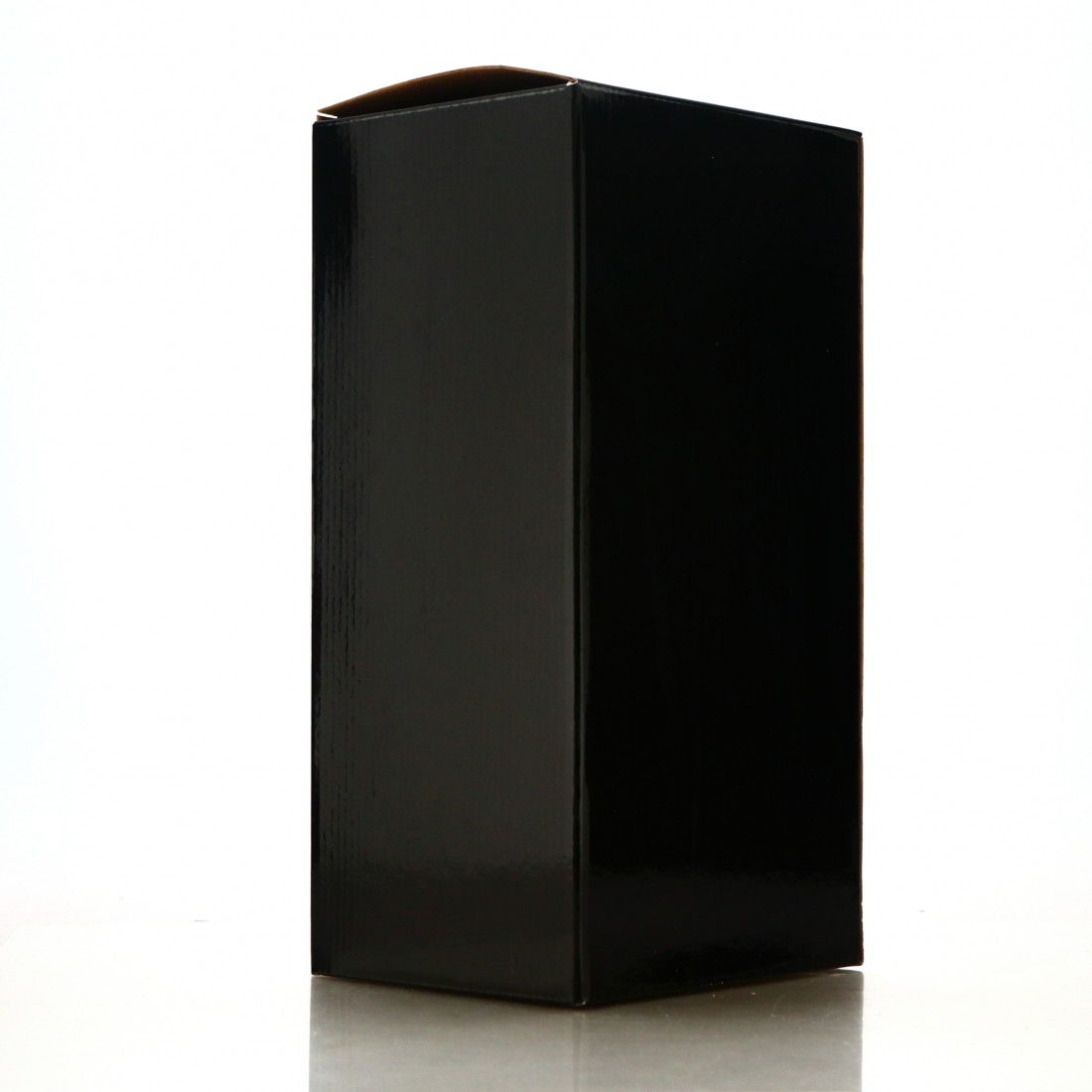 This is a legendary 1960's vintage Springbank. It was distilled on 12th February 1969 and bottled independently by Signatory Vintage on 14th September 2009, as a 40 year old. Despite it's old age this whisky has an alcohol content of of 54.4% vol. Matured in single refill sherry butt #263 which has allowed some of the original distillery character to shine through with a note of subtle sweetness.

This was at one point the highest rated whisky on WhiskyBase.com, and held the position for some time!