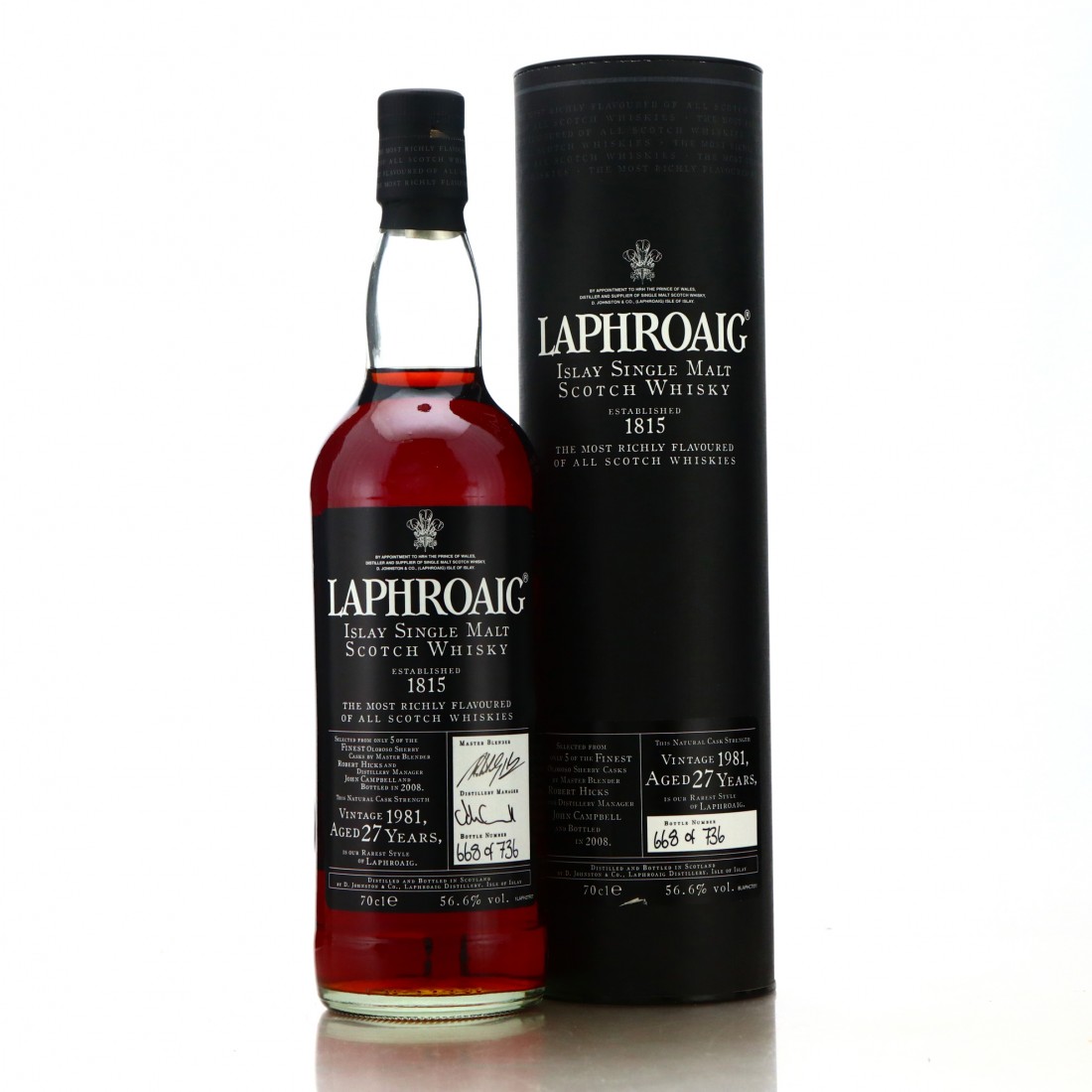 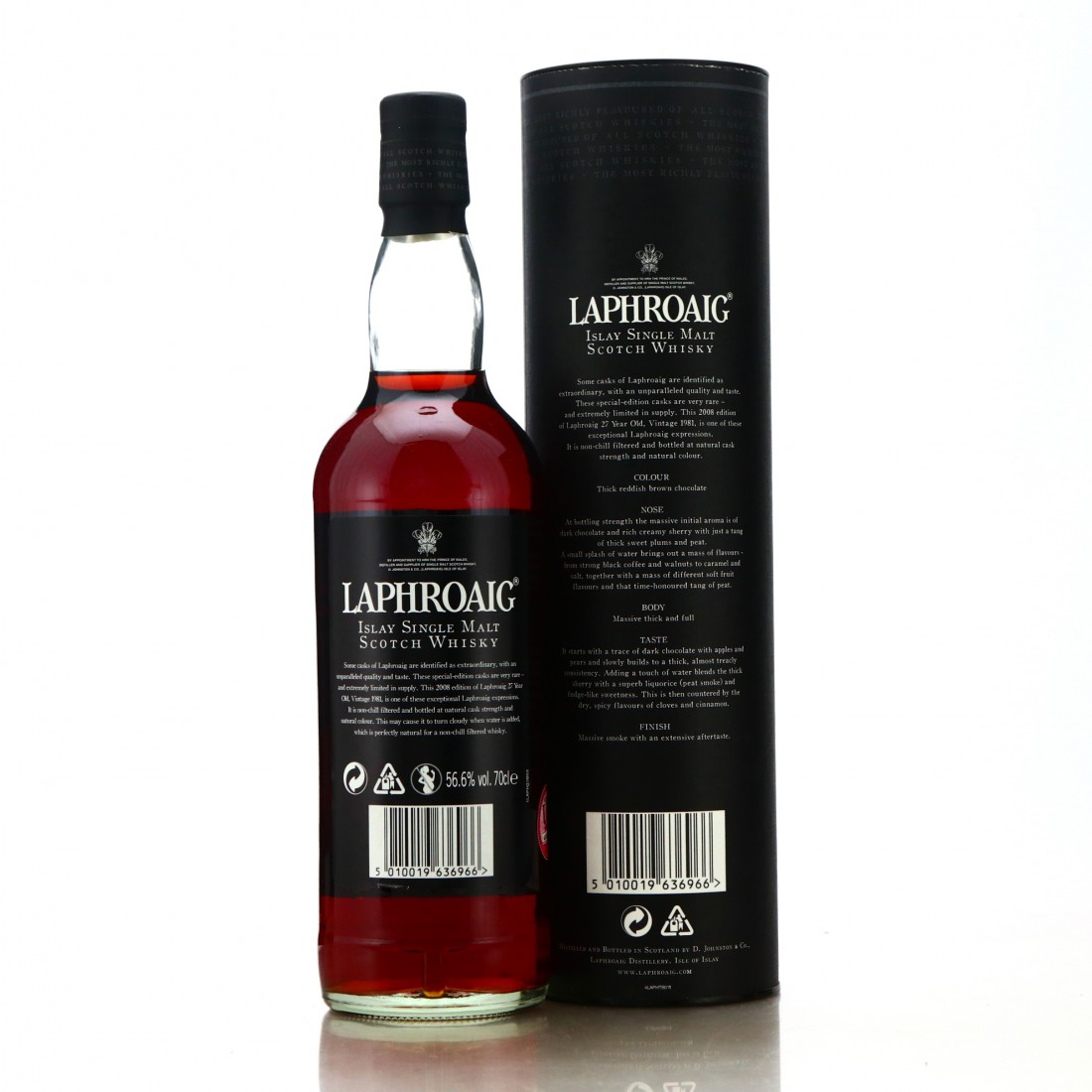 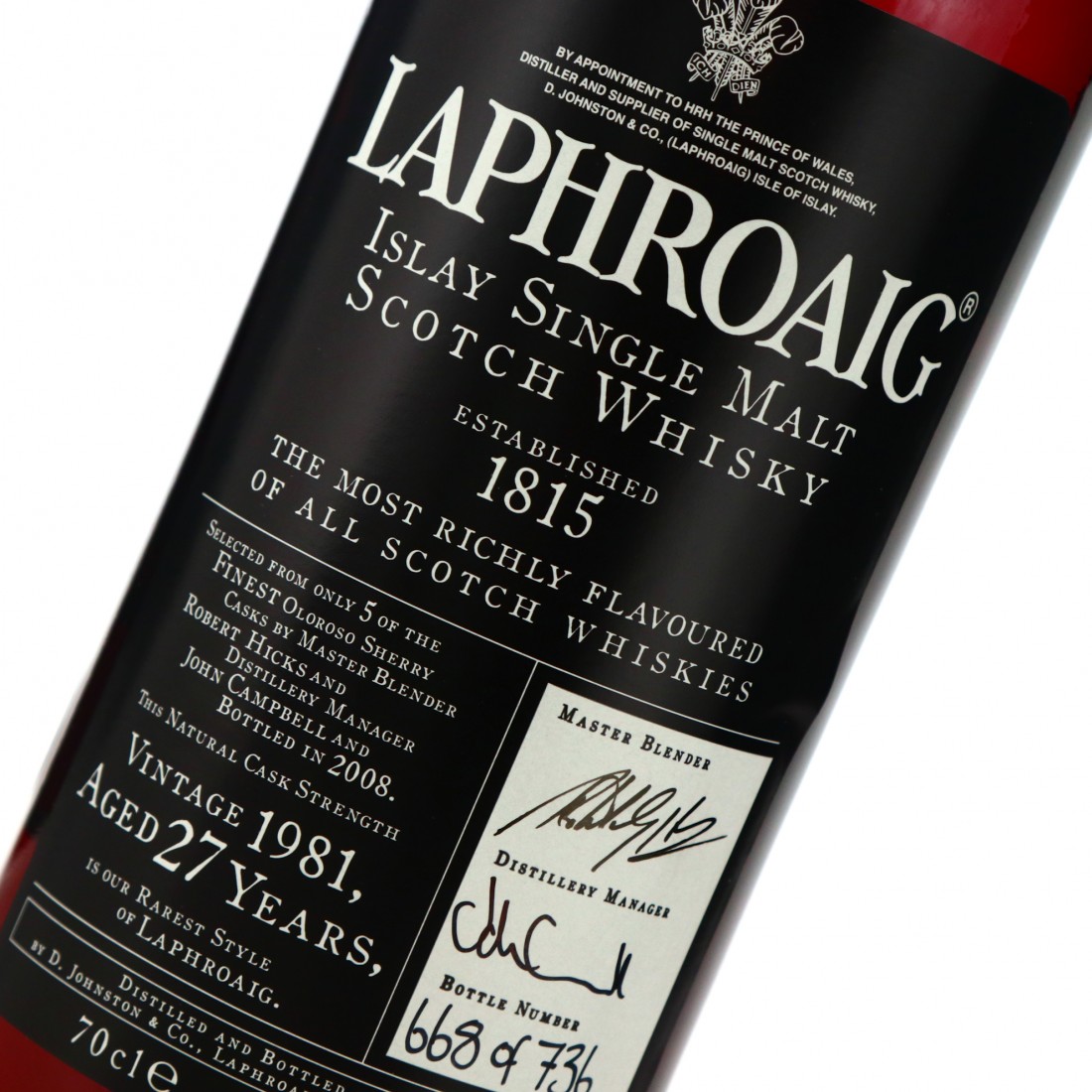 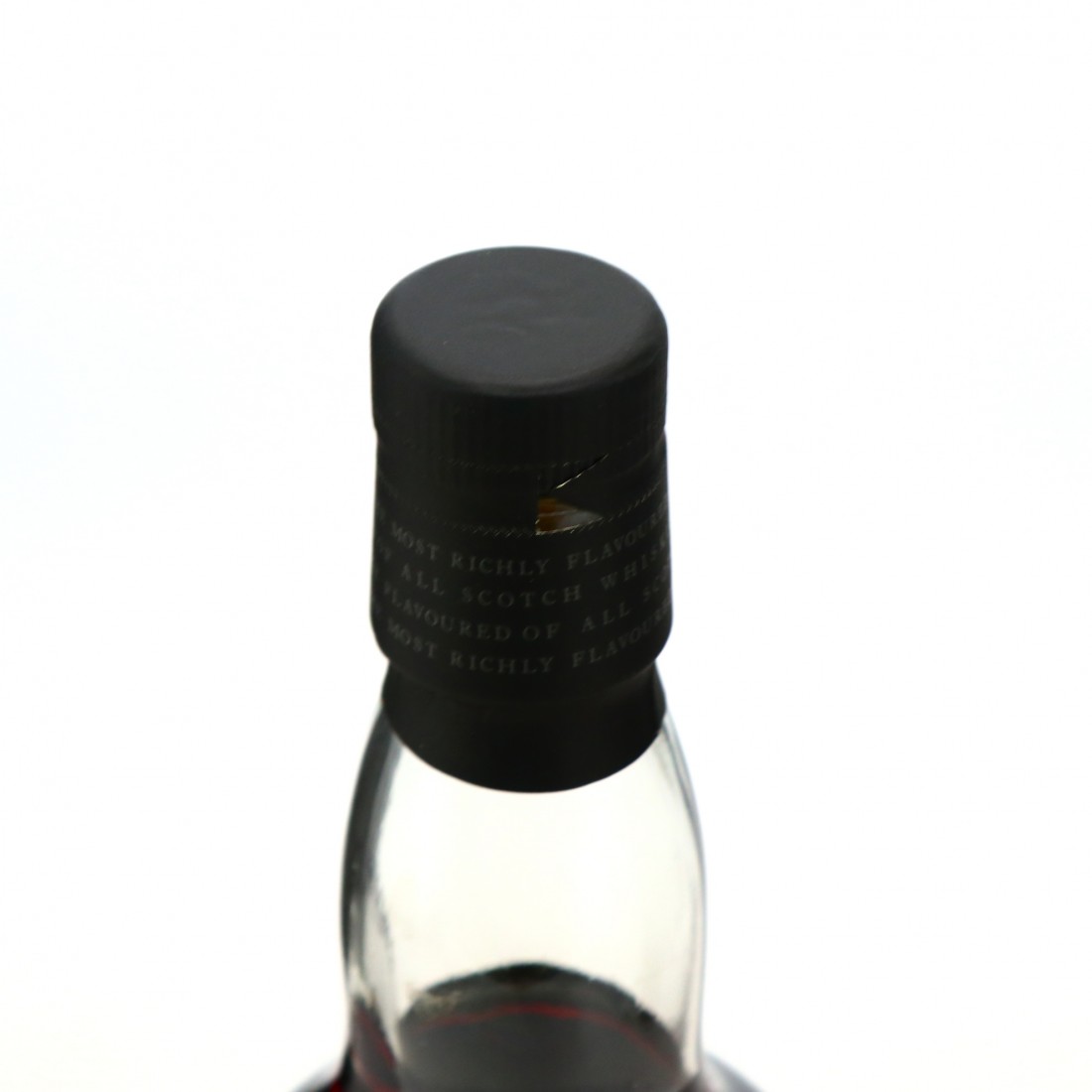 A wonderful Laphroaig. Distilled in 1981, this is a vatting of five exclusively selected Oloroso sherry casks, aged for 27 years.