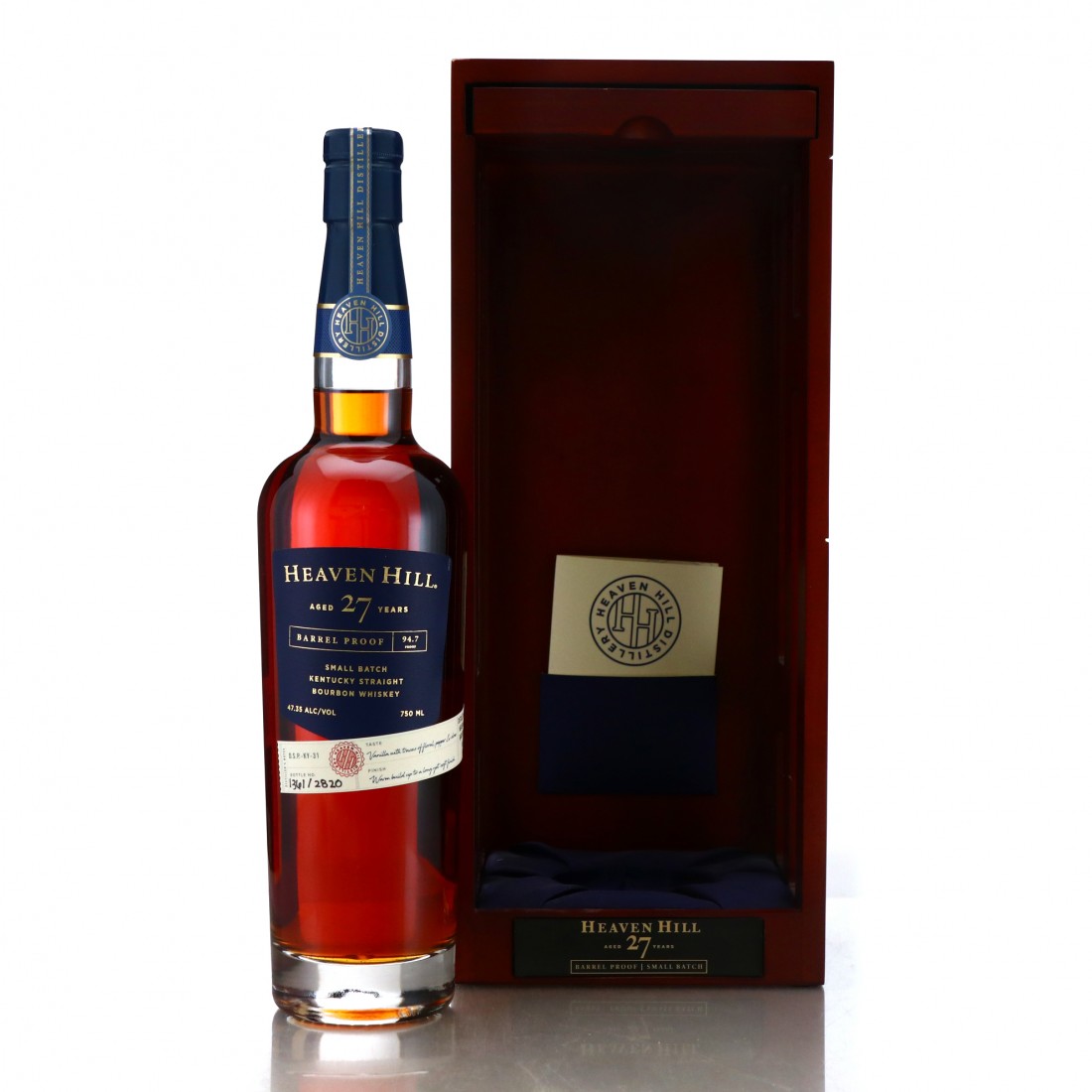 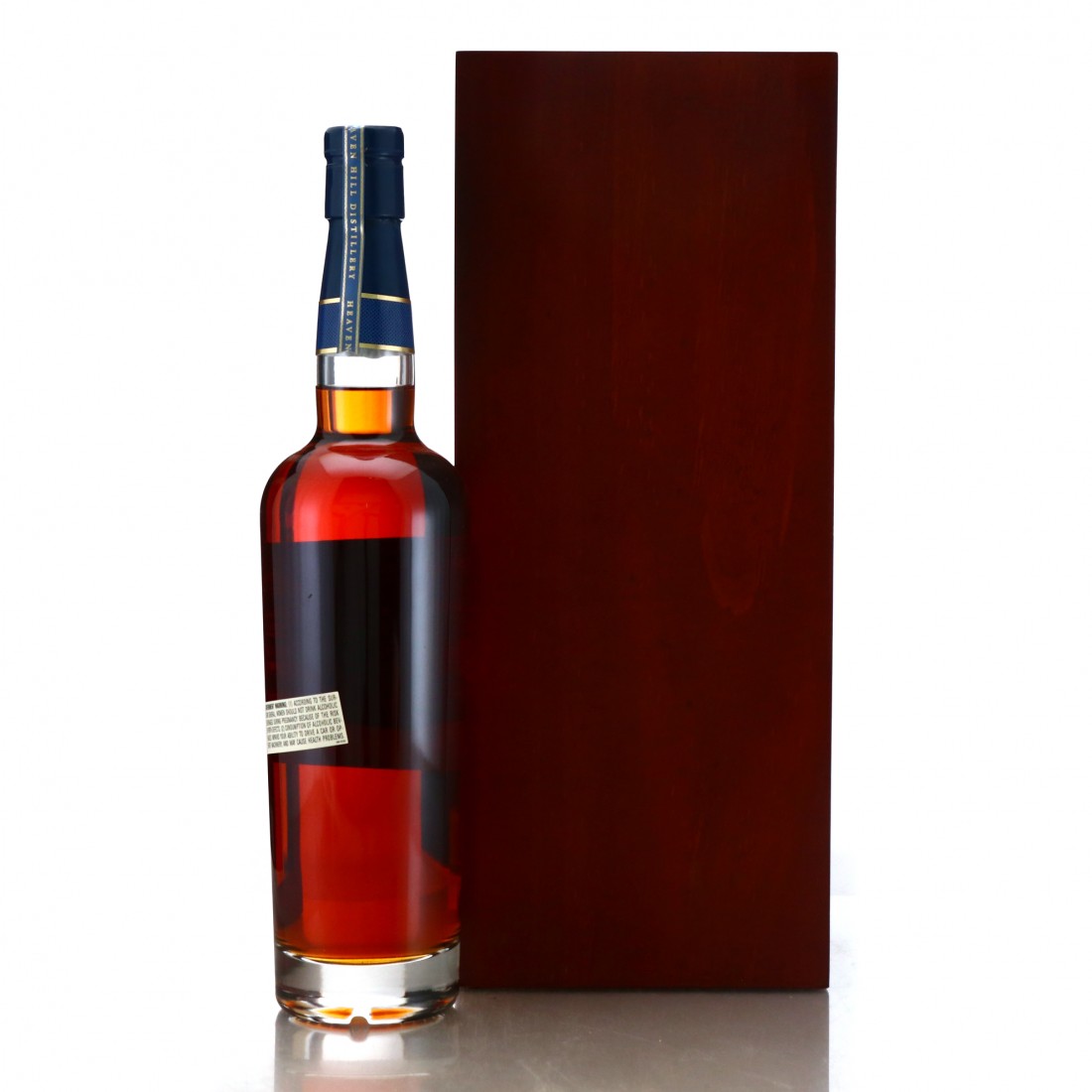 A special release of barrel proof Heaven Hill bourbon, this was distilled at the original Heaven Hill distillery in Bardstown. This is a very well-aged product from the company, rarely seen bottled using the Heaven Hill brand.