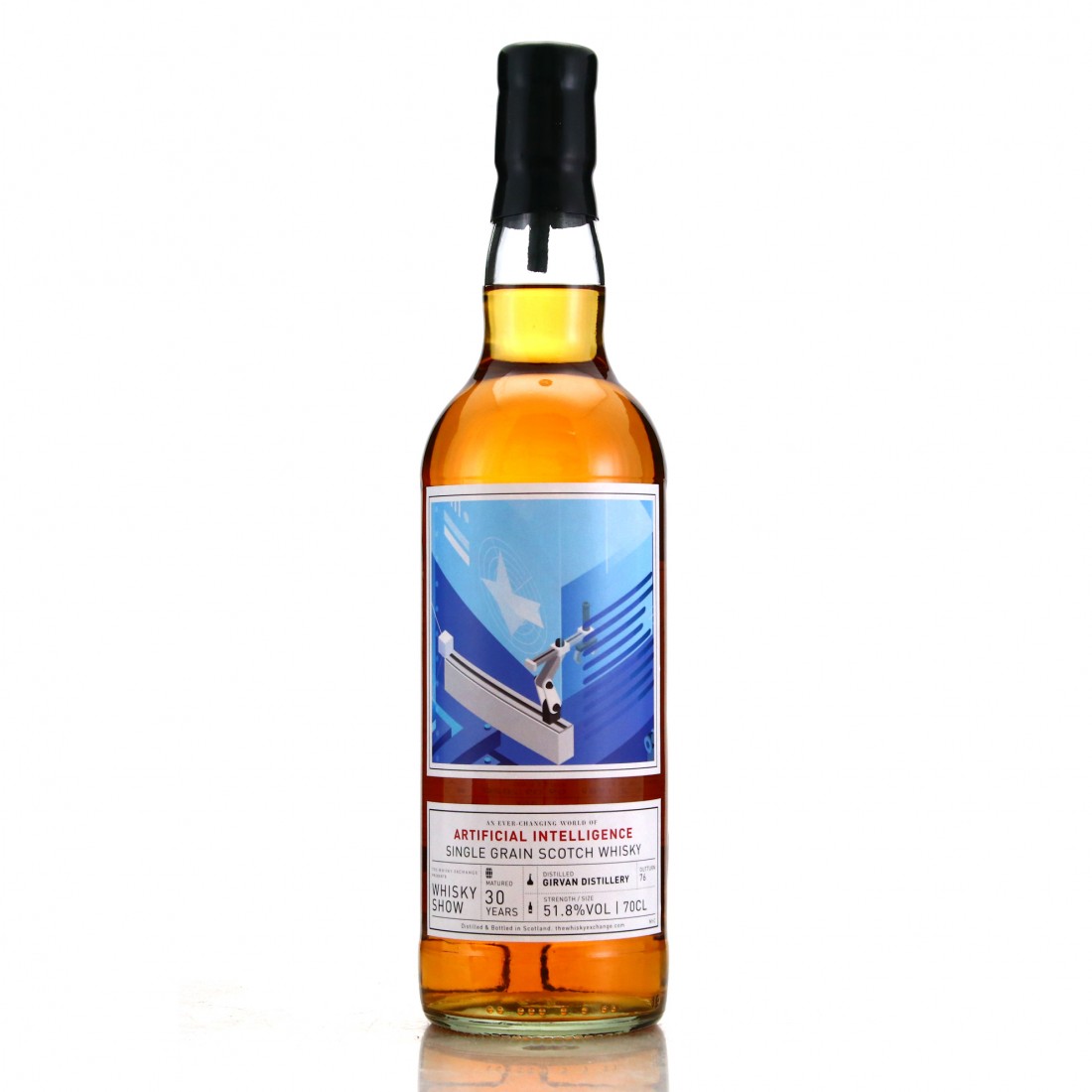 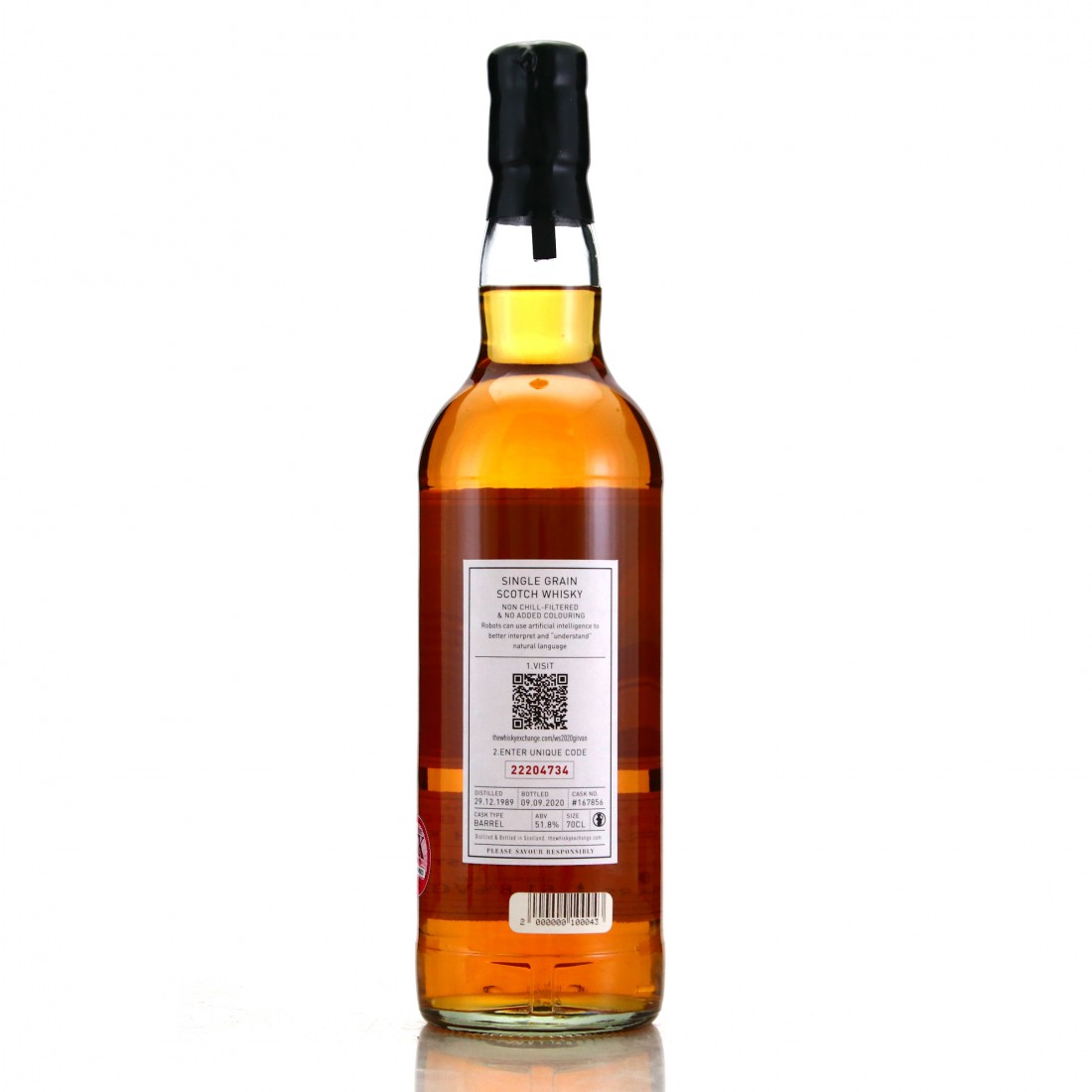 Girvan distillery was built in 1963 by William Grant & Sons after a disagreement with DCL resulted in the latter severing their grain supply for the Standfast blend. It was built and in production within 9 months, with the first spirit running on Christmas day, just as it had at Glenfiddich. Today the distillery still provides grain for the Grant's blends, but has also been marketed as a single grain, first as the short-lived Black Barrel, and more recently under the Girvan Patent Still brand. Despite the gaps in time between distillery bottlings, the market was regularly populated by independent releases like this.

This whisky was filled into a single American hogshead on 17th December 1989. The cask was bottled on 9th September 2020. This is one of three different label designs released under the title "An ever-changing world of Artificial Intelligence".

One of 76 bottles made available through The Whisky Show 2020.