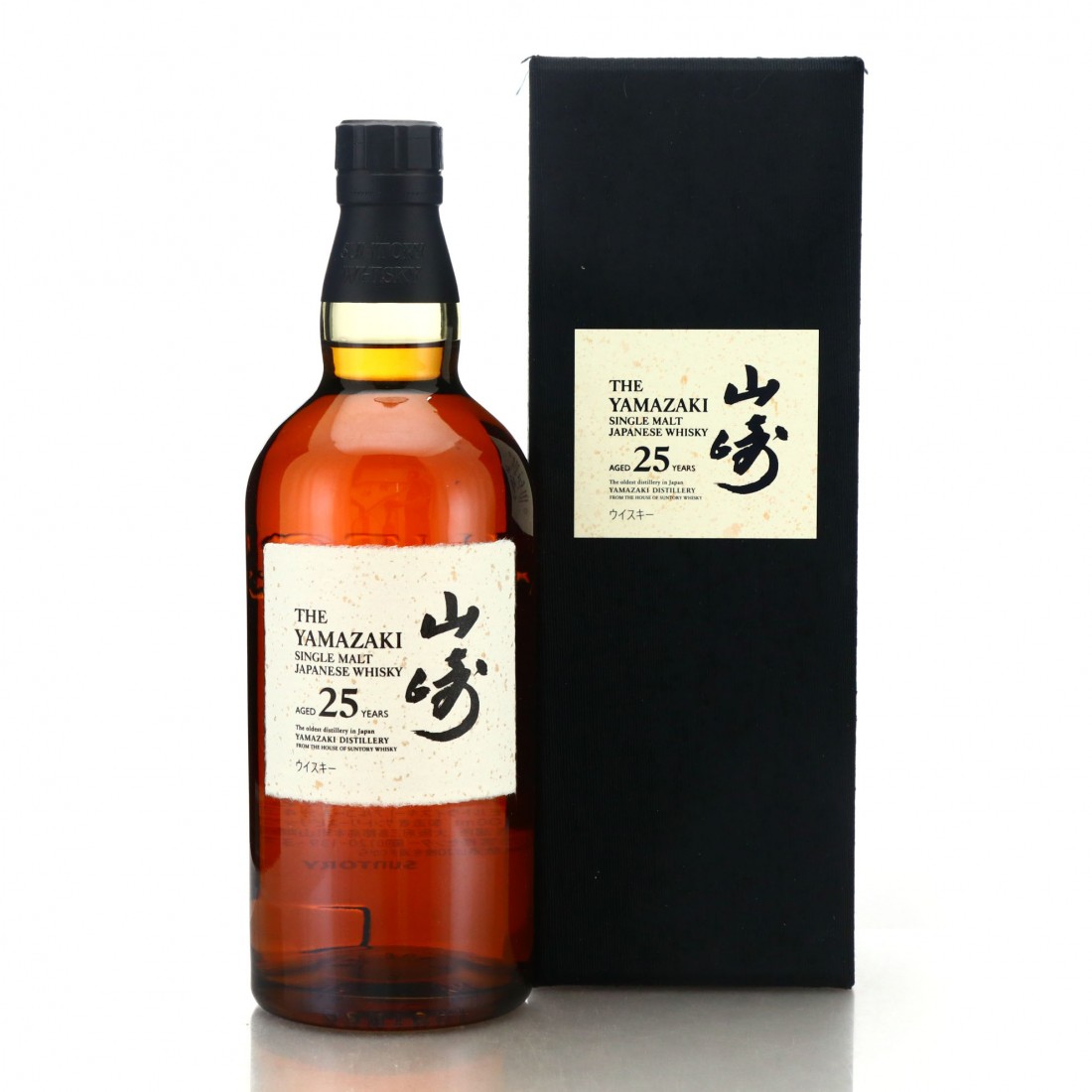 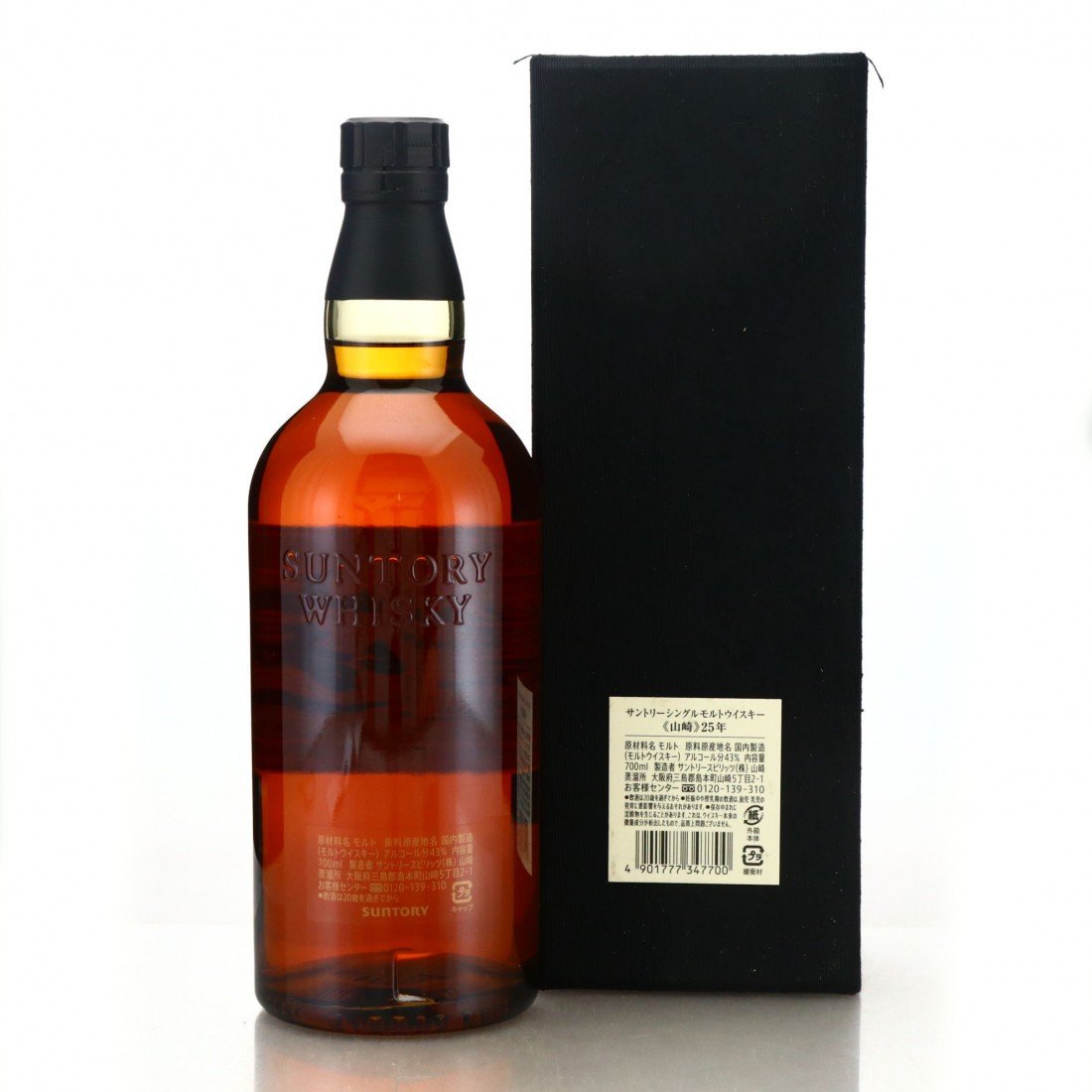 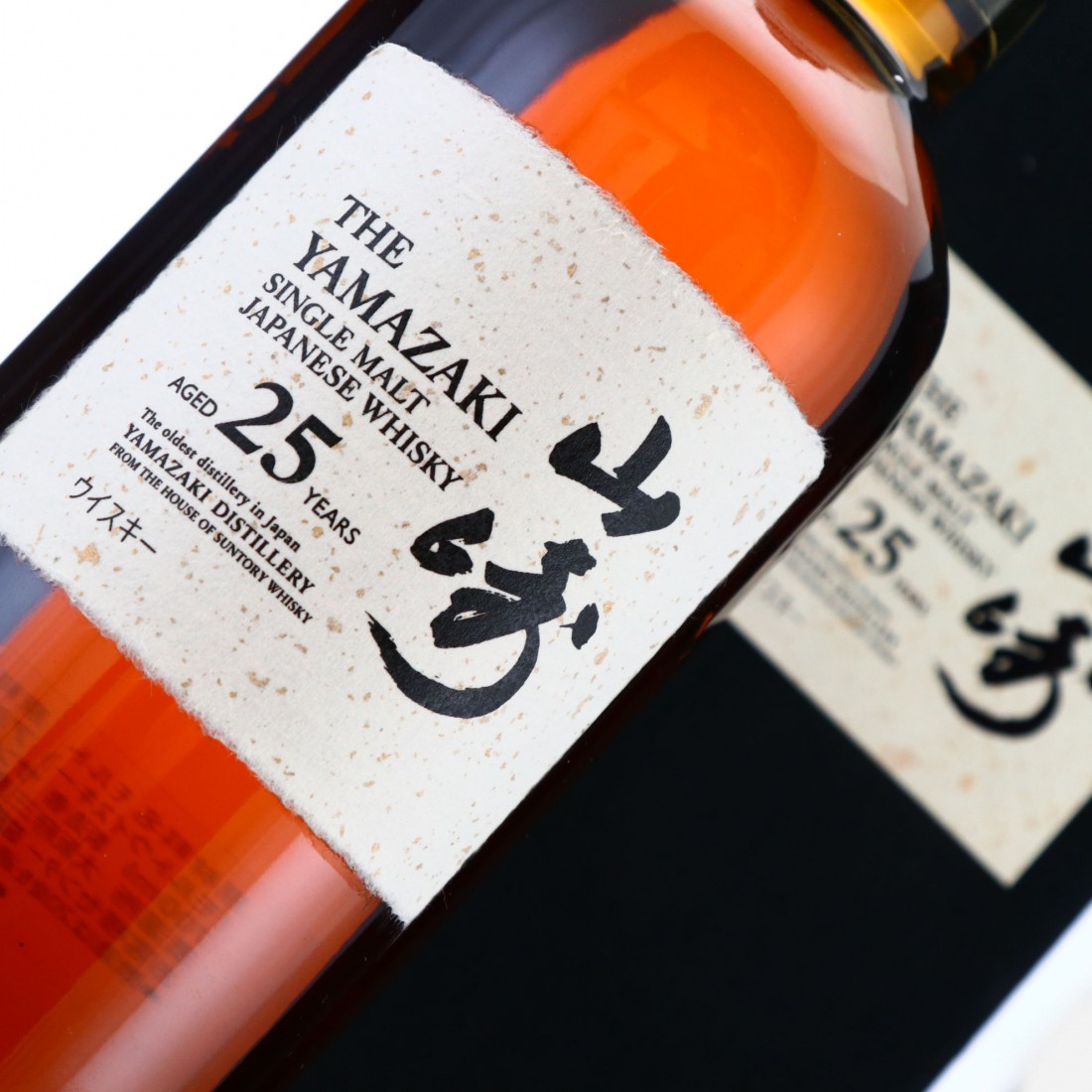 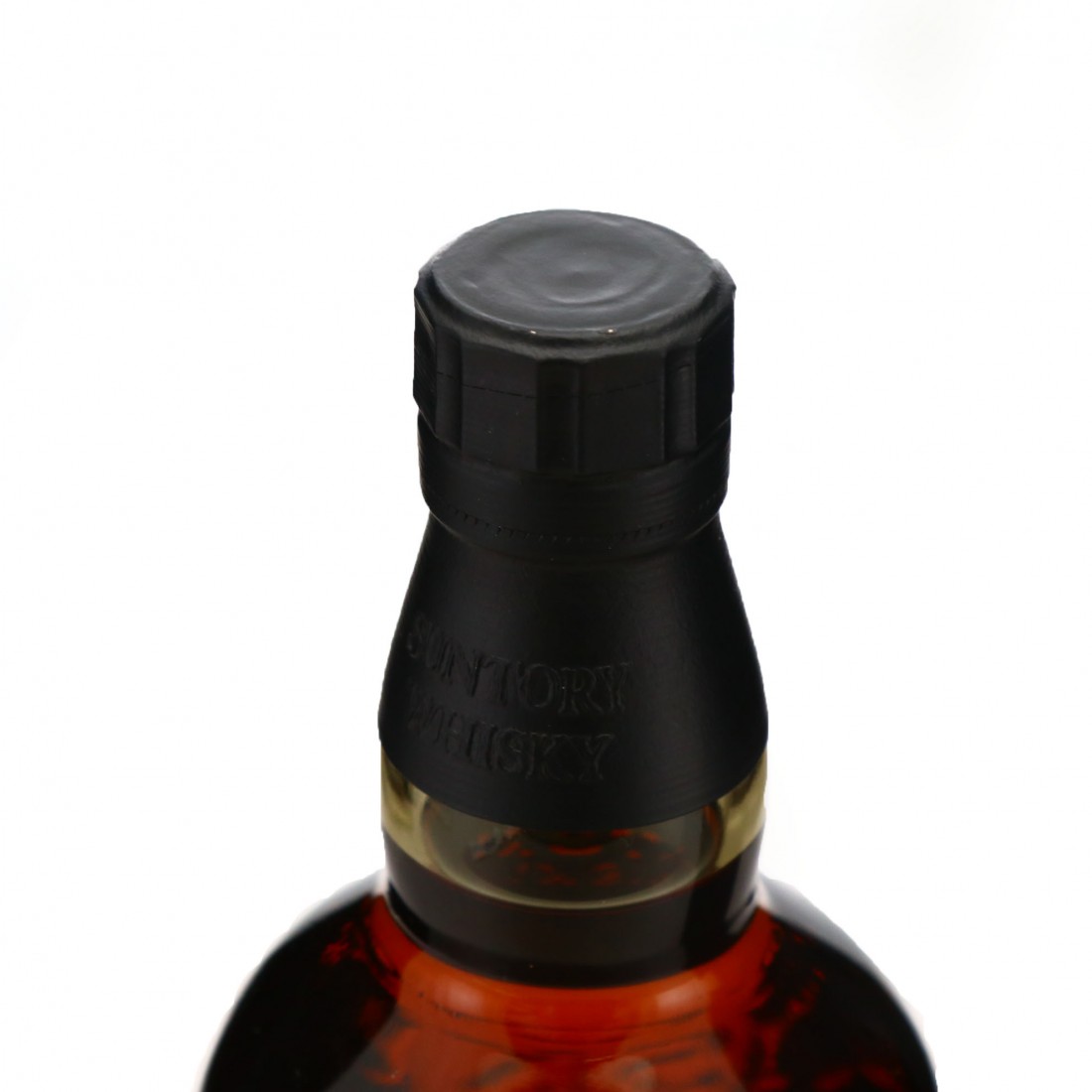 Launched in 1999, the 25 year old Yamazaki is one of the most sought after releases in Japanese whisky.

This is the 2021 revamp of the age-statement which introduced a new recipe and label design. Formerly a sherry-cask single malt, the whisky is now vatted from American, Spanish and Japanese mizunara oak, harmonising it with the 12- and 18-year old core range Yamazaki expressions. The distillery's master blender, Shinji Fukuyo, said his inspiration for the new recipe was the limited edition Yamazaki 1984 single malt created to celebrate the 25th anniversary of Yamazaki and the 110th anniversary of Suntory.

The label is printed on mulberry Echizen paper, handmade through a traditional Japanese process of drying the sheets on wood boards.